Samedan Airport (IATA: SMV, ICAO: LSZS), also known as Engadin Airport, is a small regional airport in the Engadin valley of Switzerland 5km from St-Moritz. The airport has one runway and because of its location at the bottom of the valley, it is not equipped with an instrument landing system. On top of that, it is the highest airport in Europe (with Courchevel, France being the highest for STOL aircraft only). It is also considered as one of the most challenging airports in the world because of its difficult topography, winds and the thinness of the air at its altitude. You can reach the airport by foot from Samedan train station (15 minutes walk) or by car.In Summer, the airport is mainly used by general aviation traffic, flight schools and gliders.

In Winter, from end of November until end of February the airport is at his busiest traffic mostly concentrated on business jets from a Pilatus PC12 up to a BBJ1 or ACJ 318/319 as well as helicopters including Swiss Air Force.

The timetable can be found under : https://timetable.engadin-airport.ch/ (daily infos filed at around 0600/0700).

It is very convenient to check the weather before going especially during Winter time. Therefore we recommand you to have a look at the following : Engadin Airport

IT IS VERY IMPORTANT TO FOLLOW EXACTLY THE RULES THAT ARE WRITTEN IN THE GUIDE & ON THE MAP IN ORDER TO AVOID ANY ISSUES WITH THE AIRPORT. WE THANK YOU FOR YOUR UNDERSTANDING. 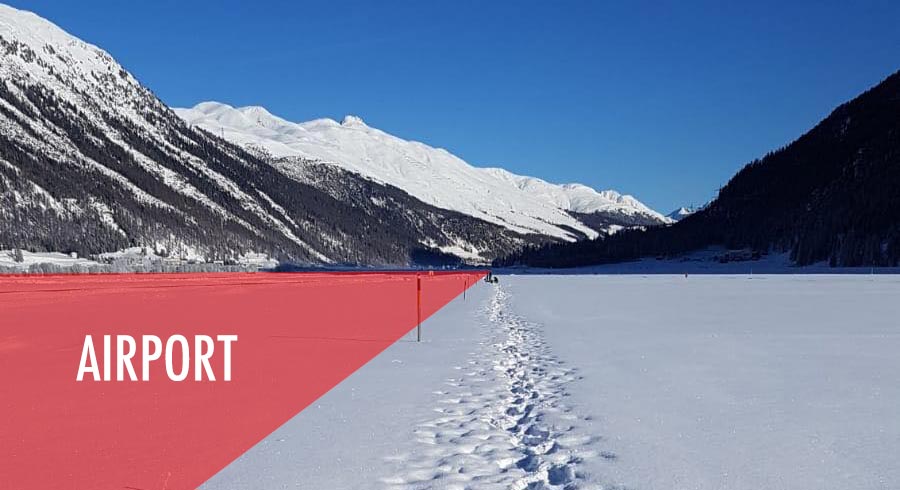 ++We do not have any pictures at the moment, but if you do, please do not hesitate to share them with us++