Durban King Shaka International Airport (DUR/FALE) is located ~35km northeast of Durban‘s city centre and thus serves South Africa‘s third biggest city and its metropole region as well as the province with international routes. The airport is called KSIA in short form and serves roughly 6 million passenger per year. It was finally opened on the 1st of May in 2010 as Durban‘s former international airport was too small and there was no space for extension that‘s why it was decided to develop KSIA in order to be able to grow the tourism – the newly constructed terminal and thus the airport were just opened in time before 2010‘s World Cup. Since then the passenger numbers are slightly increasing and the airport is meant to develop its cargo and passenger facilities slowly.

Video taken from the top of this hill:

Unfortunately we can’t provide any example pictures from here yet, but Jetphotos offers THIS example. 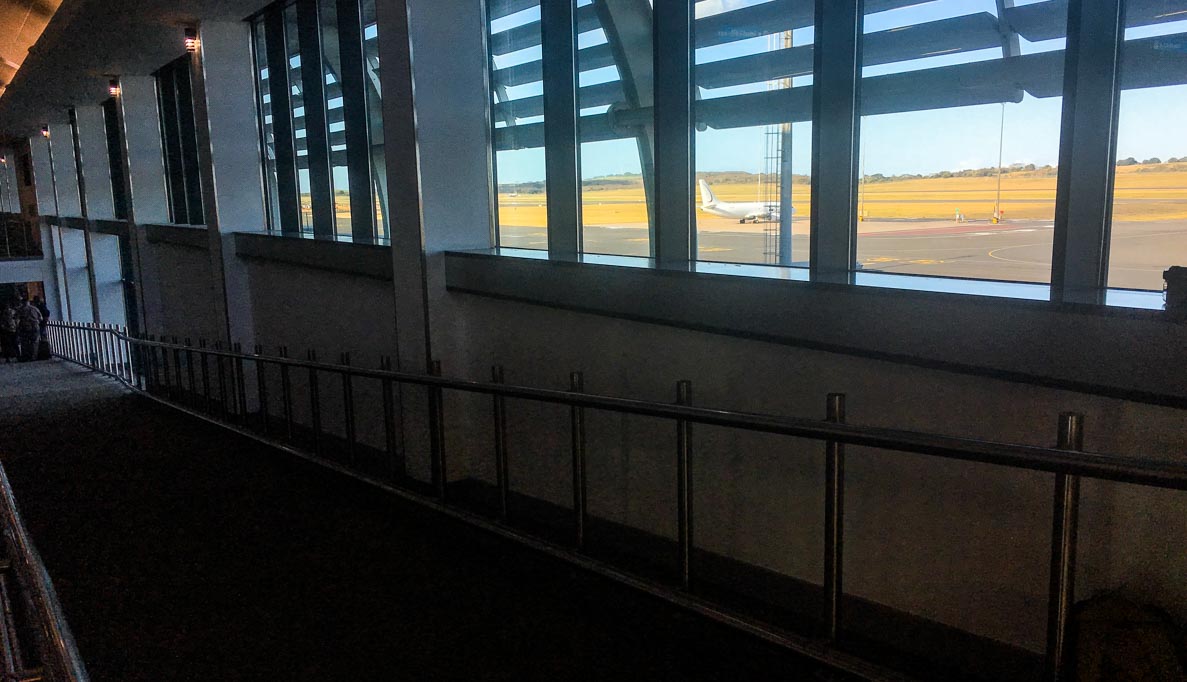 Unfortunately we can’t provide any example pictures from here yet, but Jetphotos offers THIS example.

My boy at Grade R is fascinated by aircrafts. I intend to take him to the airport for aircraft spotting.