+++ There are no schedule pax flights at the moment because of COVID-19. Ryanair and easyJet closed their bases at SEN +++

London Southend Airport (SEN/EGMC) is located in the city of Southend-on-Sea and this means roughly 60km west of the city of London. The airport was opened even before WW1 and among London’s three busiest airports in the 1960s and 70s. However, due to its size, the airport was soon overtaken by other Londonian airports and the passenger numbers broke down. After investments done by Stobart group, the airfield was extended, reconstructed and is thus one of London’s most modern airports by now – however, it can still only serve a B767 as biggest type.

By offering a direct connection into the heart of Greater London, the airport attracted attention as cheap and comfortable airport nowadays and is growing year by year – also thanks to plenty general aviation movements, which cause nice variety of types and origins here. In addition, ASL Airlines and Jota Aviation run kind of hubs here with their different colored Avros and Boeings, thereby also the cargo traffic has much to show at Southend. Overall, in the north of the airfield one can find an “Avro scrap and recycle” area, leading to some rare and unexpected visitors sometimes as the company is not only taking Avros all the time (once even Arik B737).

View out of the hotel looks like this, but can vary regarding your exact position – that’s why you may get the disturbing poles at some points out of your view: 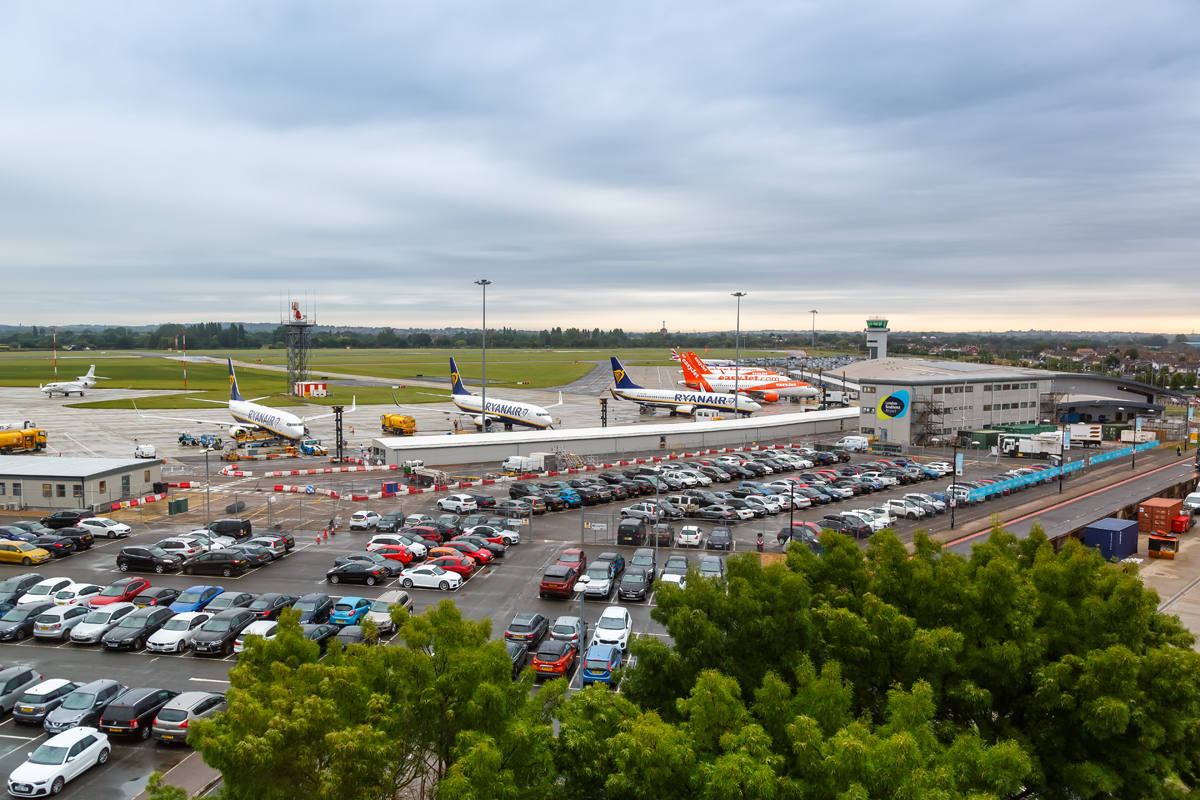 Shots can be taken along the fence on the left here, where one may also park – source: Google

Shots can be taken from the elevated sidewalk here right of the street – source: Google