London City Airport is an international airport located in the Royal Docks in the London Borough of Newham. It lies approximately 11 km (7 miles) east of the City of London, and just to the east of Canary Wharf. Together, the City of London and Canary Wharf form the twin centres of London’s financial industry, which is a major user of the airport.

Detailed planning permission for the airport was granted early in 1986. Construction began shortly afterwards and the first commercial services started operating in October 1987.

London City has a single, 1,500 metre long runway and its licence only allows passenger transport and related training flights. Only multi-engine, fixed-wing aircraft are permitted, and the aircraft and aircrew must be certified to fly the steep 5.5 degree approach path required to operate into the airport. The largest aircraft currently certified to use the airport are the Bombardier CS100 and the Airbus A318.

London City Airport served over 4.3 million passengers in 2015. This was an 18% increase over the previous year and a record total for the airport. It is the fifth busiest airport serving the London area, after Heathrow, Gatwick, Stansted and Luton.

BA CityFlyer is the largest user and there are currently fifteen other airlines operating into to airport, albeit that several of them provide a service on behalf of other carriers.

The airport is closed between midday on Saturday and midday on Sunday, so this is not the place to visit on a sunny Saturday afternoon! 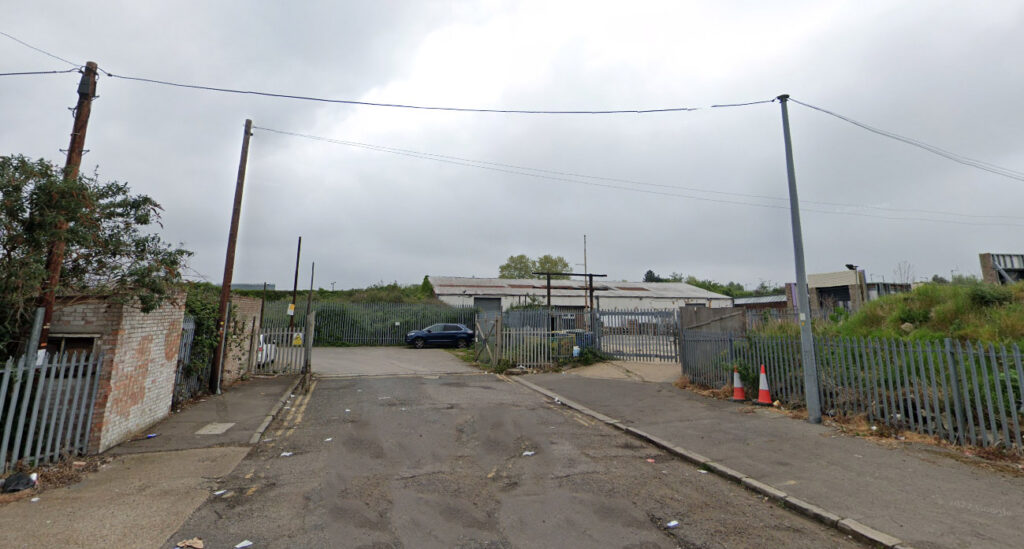 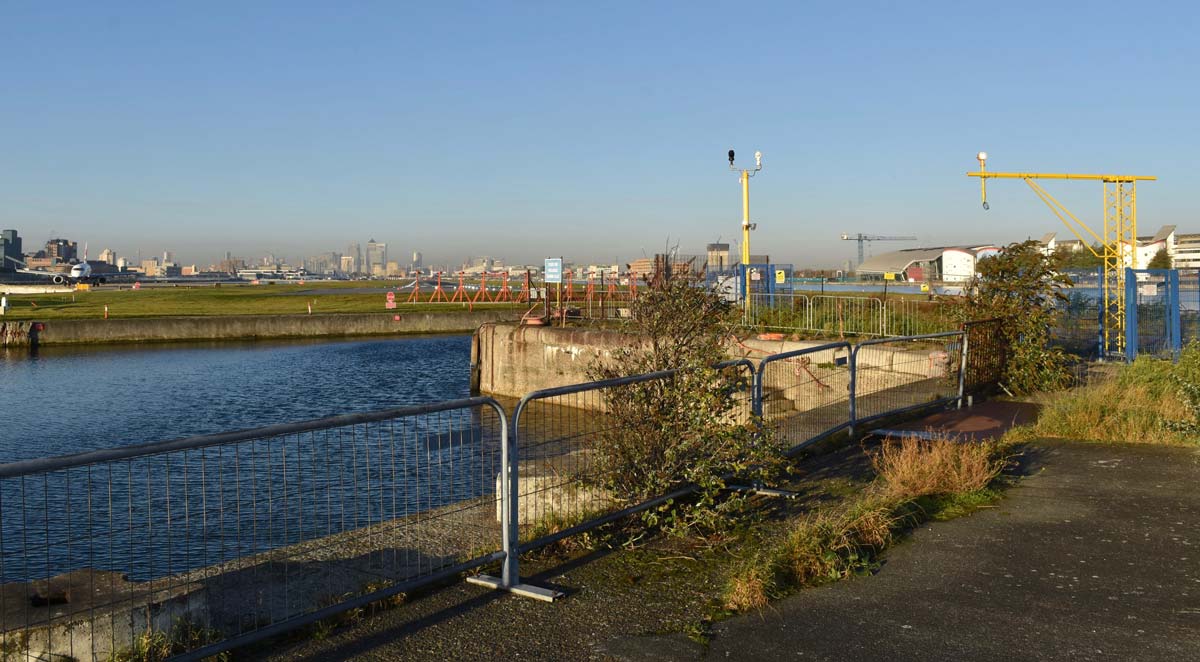 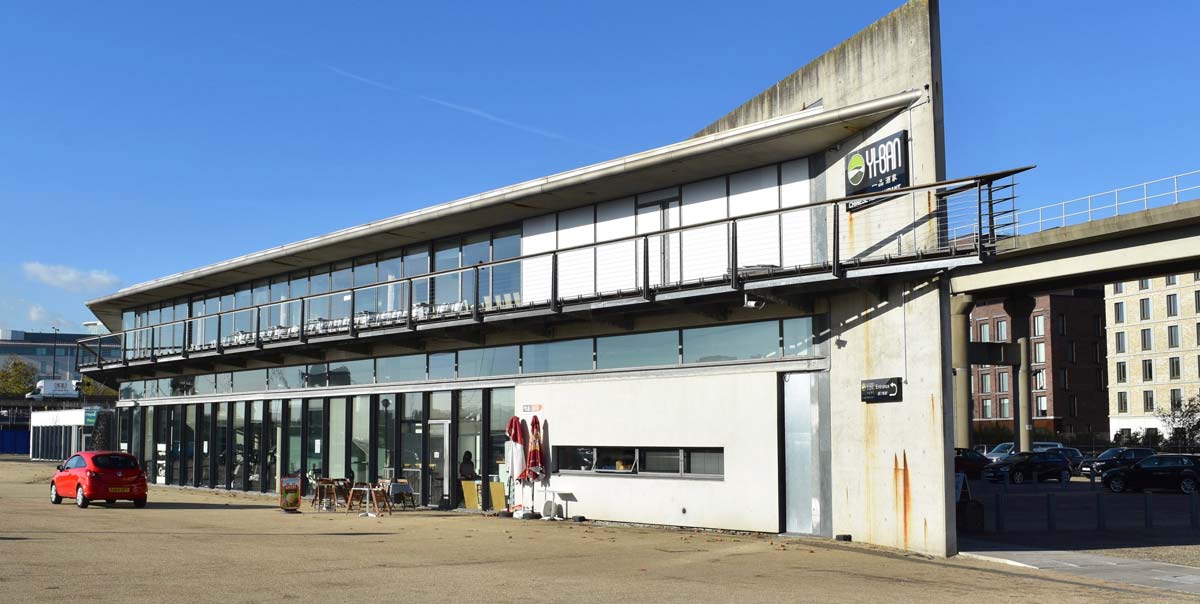 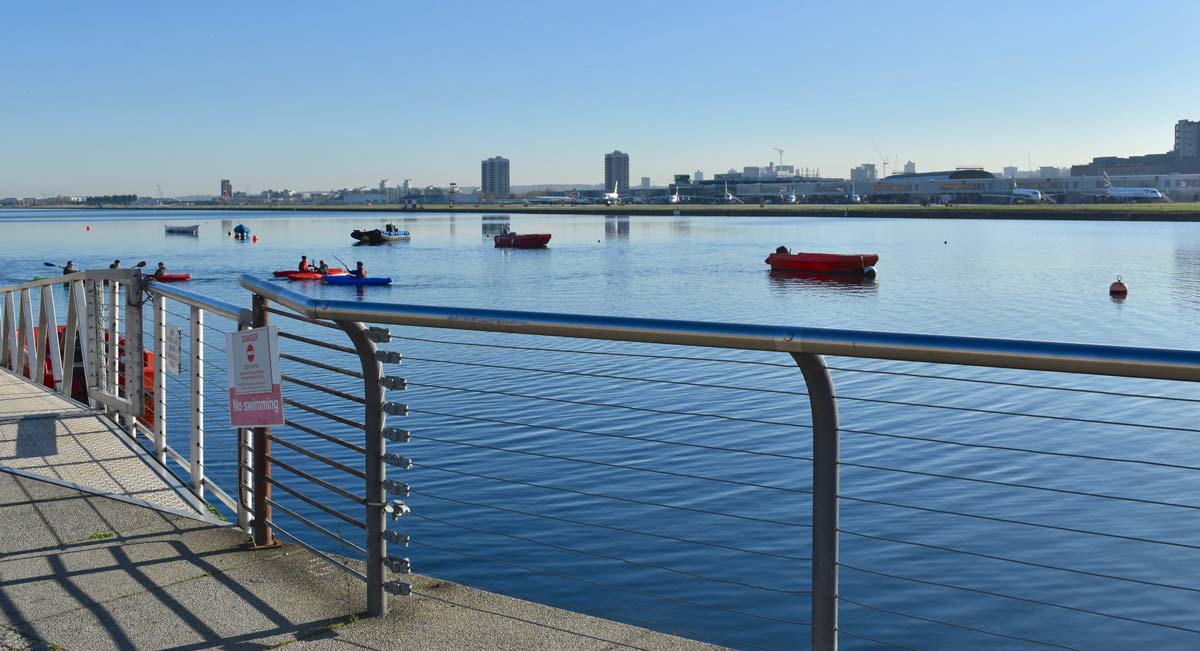 Hi there, spot 1 is now completely unusable due to the taxiway expansion and the new blast fences. Spot 3 is now partially in useable due to the landing gear being blocked by a little border fence. Cheers!

Is it possible to make some good looking nightshots from the area around spot 5 or are the planes not vissible/lit up from there or 400mm aren’t enough?

Thanks a lot in advance!
Thaddäus Klein

Hi, yes that should be possible for the ramp with 400mm but keep in mind a few things. There is a lot of ground equipment moving around, light poles and other stuff blocking the view. Last flights taking place around 21-22 so you should be there no in the summer.
-Julian

Has anyone gone to spot 5 or 6 ? is it still accessible and for how long parking is free?

I went to the dockside spots (4 and 6) last week and it looks like a bigger fence has now been put up the full length along the car park, so it didn’t look like any viewing from spot 1 would be possible to me as that area has now been turned into additional parking stands and the new taxiway. I didn’t actually go to the car park to verify this though.

Is the fence still there or has it been removed?

Here is a pic of the fence that blocks shots of aircraft on the runway from spot 1. Was taken from onboard an aircraft today:

The fence mentioned above is one of those building site style temporary fences where there are concrete weights that the fence poles slot into and then the metal frames for each part of the fence are clamped together. Unless you want shots of the aircraft already airborne it’s not that great anymore. The fence itself is not on the dockside, its on the side of the ‘island’ the runway sits on in the dock. I may have a pic from the other side, I’ll see what I can find.

On the plus side, you can walk along the whole of the other side of the dock at the moment, spent time spotting from pretty much half way between spots 4 and 6 the other week.

Very sad to hear this. Linked your picture before showing the example shots, thanks!
Information added as well.

Is the fence being referred to for position 1 still in situ?

Hi John, we have been there for a month ago and its still there… 🙁
-Julian

Updated for spot 1:
There is a fence around and cannot any ground shot anymore. However, it would still a good place for photo 09 take off and 27 landing/take off

Hi Kelvin, thanks for the (bad) news. Do you have a photo from the actual situation for us please? Is the fence installed around the parking?