Mexico City International Airport “Aeropuerto Internacional Benito Juárez de la Ciudad de  México” (AICM) is Mexico’s biggest and largest airport. It serves Mexico City and is the main hub for Aeromexico and Interjet with also important operations for Volaris and Viva Aerobus. The airport handled over 34 million passengers in 2014 and is currently at top of its capacity. There were plans for a new airport to replace the current one just a few miles northeast of AICM, but the project was cancelled in 2018, so we’ll have Benito Juárez Airport for, at least, 10 more years.

The most rare movements at Mexico City Aiport are those airframes coming for maintenance at Mexicana MRO Services. Some of its foreign costumers include Boliviana de Aviación, Air Panama, Azul Linhas Aéreas, AtlasGlobal, Blue Panorama, some latin american air forces and others.

Mexico is also a good cargo airport, but unfortunately most interesting stuff arrives at night like Estafeta (a national cargo airline), Emirates SkyCargo, Qatar Cargo, Atlas (Panalpina), Ethiopian Cargo, Amerijet International and Turkish Cargo. There are though some interesting cargo movements during the day (and you might get lucky with night delays sometimes) like national cargo carriers AeroUnion and MasAir. International Cargo carriers regularly seen on daylight include Cargolux, Cathay Pacific Cargo, DHL, UPS, Air France Cargo, Lufthansa Cargo, among others.

Mexico City Int’l Airport is also home base for Mexico’s Air Force operations; although Santa Lucia Air Force Base is just north of the city, you will see operations from the Air Force on a regular basis including its 737’s, C-295’s, Hercules and Gulfstreams. As for private operations, they are practically limited in this airport as by law they were transferred to Toluca Airport (west of Mexico City) in 1994. If you’re lucky, you’ll will spot some head-of-state aircrafts and some USAF planes such C-17’s, Gulfstreams and Hercules.

Due to the hot and humid airport conditions, along with the altitude, most heavy departures will happen at dark. 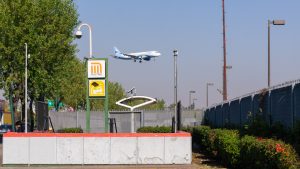 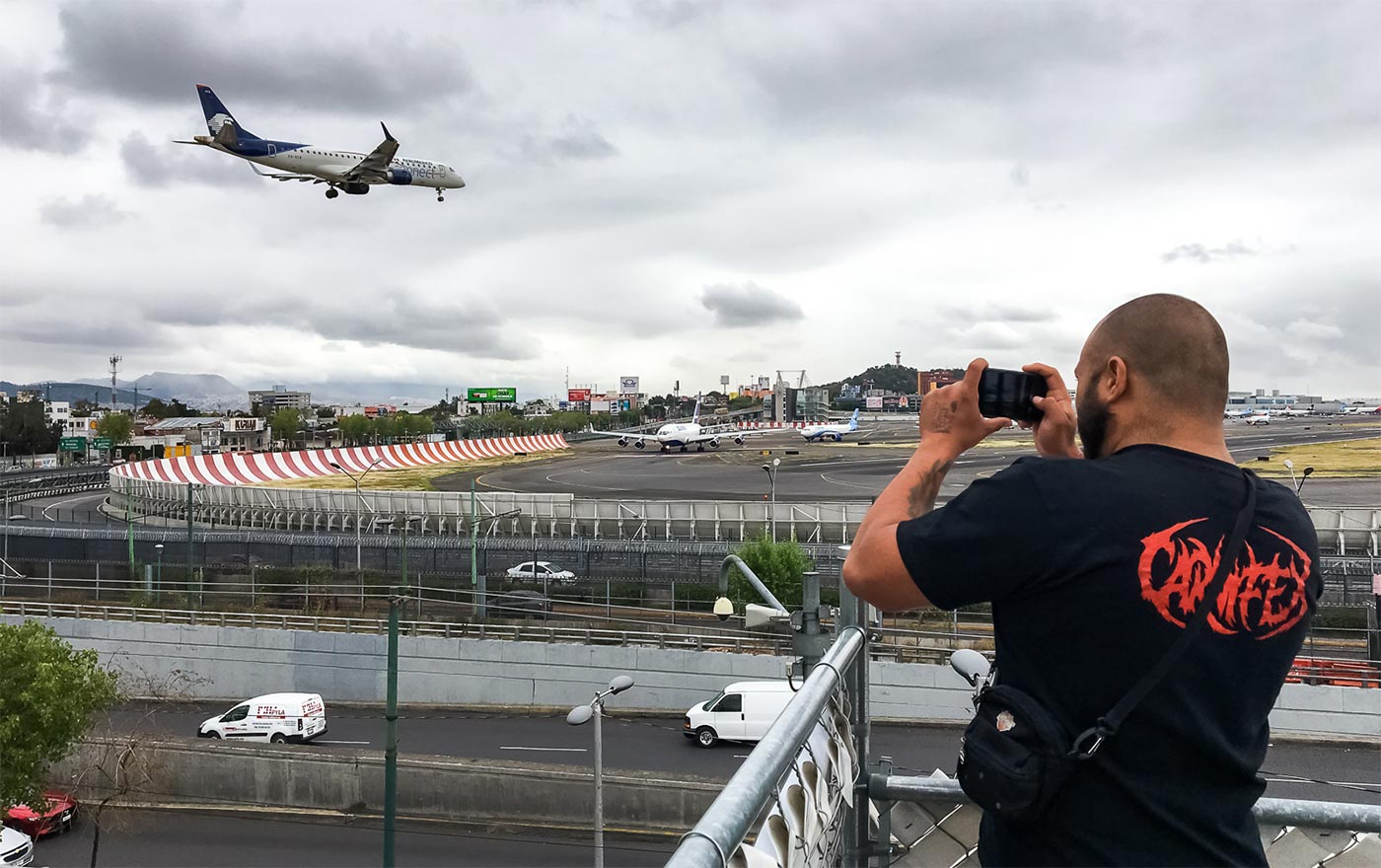 […] that roof has become a coffee shop where you can have a coffee and a good lunch while spotting.” Here’s an update on great spots in the […]

Thank you somuch for the information..

Excellent details . I would appreciate a contact name/names that I can discuss some assistance when I visit in April 2017 . Many thanks
Roger

Hi Roger, drop me an email to prestwickpioneer@gmail.com I have spotted at MEX before and will be back in two weeks. I’m not a reggie collector but I am a photographer. I’ve only used la Casa, Hangares and McBridge so far. We are doing Toluca and Santa Lucia this visit so time at MEX will be more limited than before.

This is amazing; the amount of detail this has is astonishing. Very useful and wish to use it soon!