Kassel Calden Airport (KSF/EDVK) is located in Hesse (Germany) and was built around 10km northwest of Kassel’s downtown. The airport was opened back in April 2013 and had its first winterflightplan back in 2018/19. It’s the mainhub for the little german Holidayairline Sundair (SDR) and handles some charter/business/freighterflights, too.

The airport is being served daily in the summer by Sundair with one of its two Airbus A320s. Apart from this, Kassel Calden is often being visited by Metroliners or similar freighters. A common sight at the airport are also the Bizjets and helicopters (all parked on Eastapron). Sometimes there are charterflights, too, which are mostly served by Small Planet, Germania or Volotea. All commercial (plan and charter) flights can be found in the plan on Kassel airports website, which can be found here. Unfortunately the list doesn’t includes helicopter-, business- and freighter-flights, but luckily those ones can be seen on the webcam (once they have arrived). The webcam is located next to spot #4 on the rooftop, shows the whole Eastapron and can be found here.

Guide was written by Severin Hackenberger and Arne P. (local spotter). Last time all spots were checked: May 2019

Spot area looks like this (taken at the eastern end of the spot mark on map): 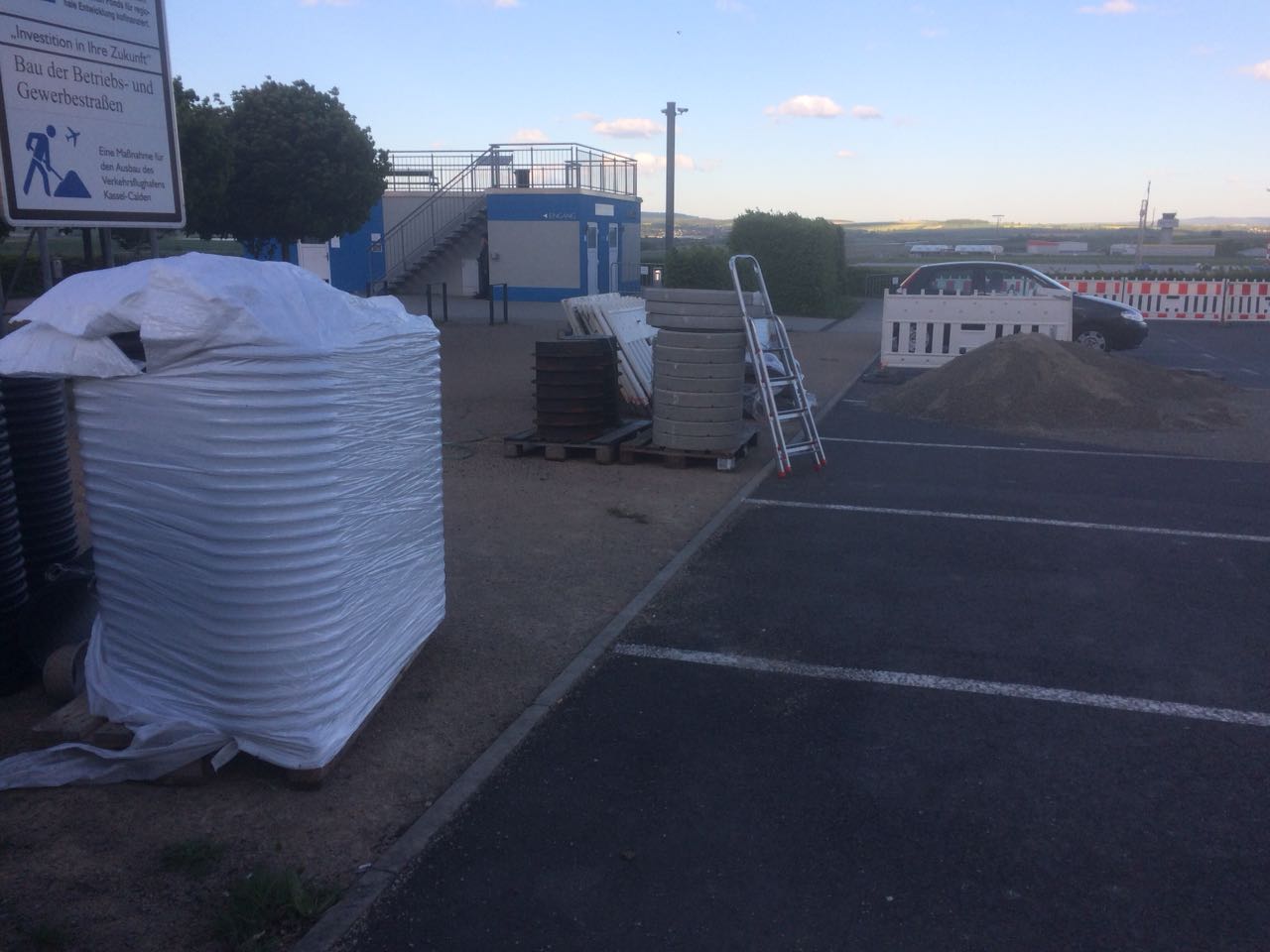 Unfortunately we can’t offer any example shots! Due to the rare movements at the airport we didn’t take any pictures, but saw some good ones in the internet.