Ponta Delgada João Paulo II Airport (PDL/LPPD) is located on the island of São Miguel and the busiest airport of the Azores. It is situated just 2 km west of the city centre of Ponta Delgada and surrounded by residential areas and the Atlantic Ocean to the South. Ponta Delgada is the largest city and economic centre of Azores so PDL is both the domestic hub for SATA Air Açores interisland flights as well as the international hub for Azores Airlines.

The Airbus of Azores Airlines usually arrive from the US/Canada early morning before continuing to mainland Portugal between 8.00 -9.00. Mid-afternoon the hub operates in the other direction. Usually the same aircraft return but sometimes they are swapped over in LIS/OPO with aircraft based on other islands. Outside these hubs there are a few flights apart from a few connections to other European cities and Praia in Cabo Verde, a peculiar flight as it is probably the only straight north-south flight in the Atlantic. The DASH 8-200/400 are busy throughout the day on interisland flights with peaks in the morning and evening. Other airlines serving PDL regularly are Ryanair and TAP Air Portugal. The later competing with Azores Airlines on flights to North America with A321LR. Seasonal charters in the summer are operated by the TUI group and various airlines from Scandinavia.

Despite its strategic position in the Atlantic PDL gets relatively few flights on fuel stops. Civil flights crossing the Atlantic historically stop at the smaller Santa Maria which has a longer runway while military flights prefer Lajes airport on the island of Terceira, also home to a major USAF airbase.

Written by Michael Lutzenberger, Robert Albrich (Spot 4 and 5) and Stephan Weidenhiller (Spot 3). Thanks to Maximilian Kramer for providing some pictures. 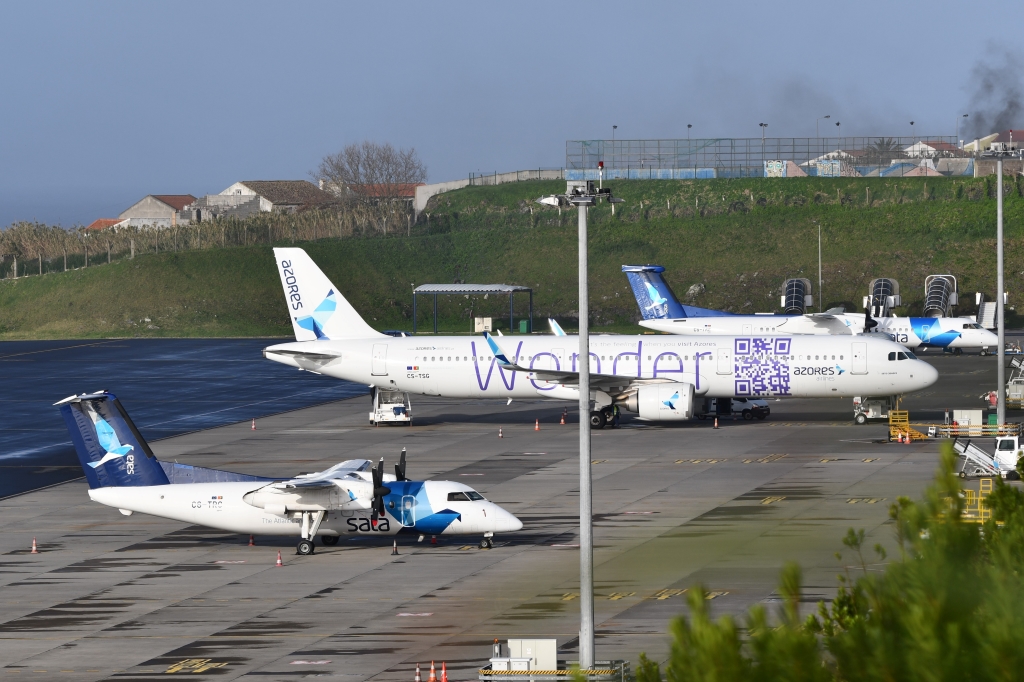 We can’t provide sample photos but this one was taken there.

Thank you for the additional and important location Stephan. Even if your visit is 15 years ago, I think it is still available and I have added it to the spot.
Do you know the mm range that you have used for the photos you took there.