Zeltweg Air Base / Fliegerhorst Hinterstoisser (ICAO: LOXZ) is the main Airfield of the Austrian Air Force. It’s base for the Austrian Eurofighters, PC-7 and Diamond DA40NG directly north of the City of Zeltweg. The base was opened before the second World war 1937 and was no main acting Point. After the war the base was handed over by the allies back to the Air Foce 1955.

The base host the “Air Power”, one of Europes biggest airshows! 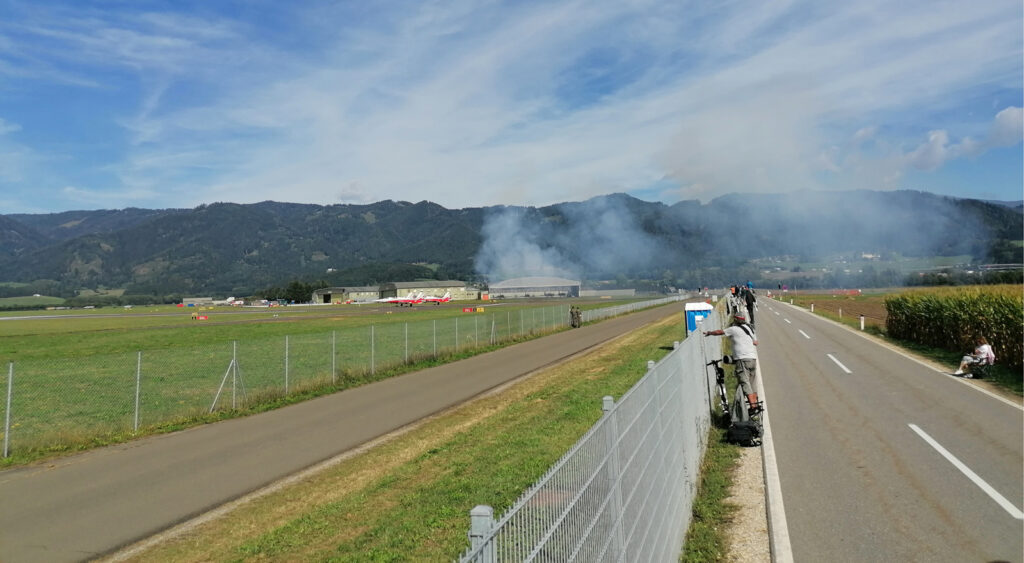 Spot 3 is not a real spot for a spotting guide as it is on terrain and therefore not accessible during normal spotting!

Please read the description for this location
-Julian