Skiathos Alexandros Papadiamantis Airport, also called the Sint Maarten of Europe because you can get very close to the aircraft (spot 4), is a small island in the Aegean sea . The airport is located north of the small town of Skiathos, the capital of this Greek island. It sees only a few daily scheduled flights to Athens by Olympic during the year, but its operating explode during July and August. Indeed, this part of the island is very popular among vacationers. English, Nordic and Italian tourists are very fond of this destination to top charm. These preferences are felt in traffic observed that I will detail below. 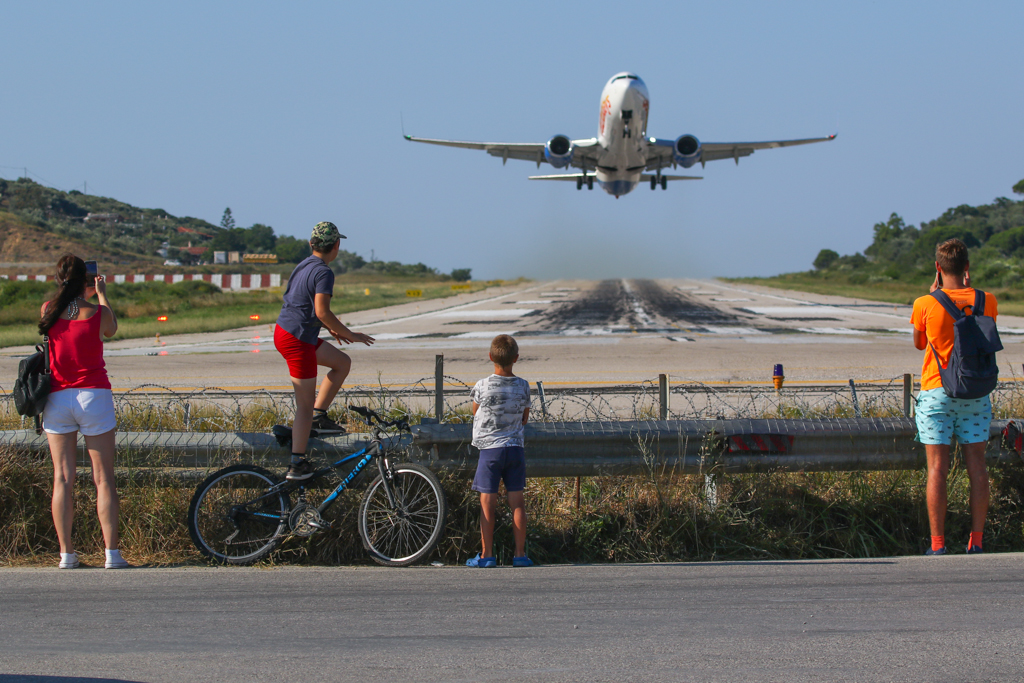 The track of barely 1,600 meters runway is at both side surrounded by sea. Given the lack of space, the small road from the airport towards the center and the small tidal harbor passes the threshold. Runway 01 is mainly used for arrivals and departures, making a movement “back track” far end racket. In July and August, the number of seasonal charter flights are operated mainly on Friday, other days are much quieter. Charter flights are insured by the common European carriers like TUI, Thomson, Condor, Volotea, SAS, Tarom, Transavia. There is no cargo or military activity.

For a timetable with the arrivals and departures check the airport website in advance. They are online one day in advance. 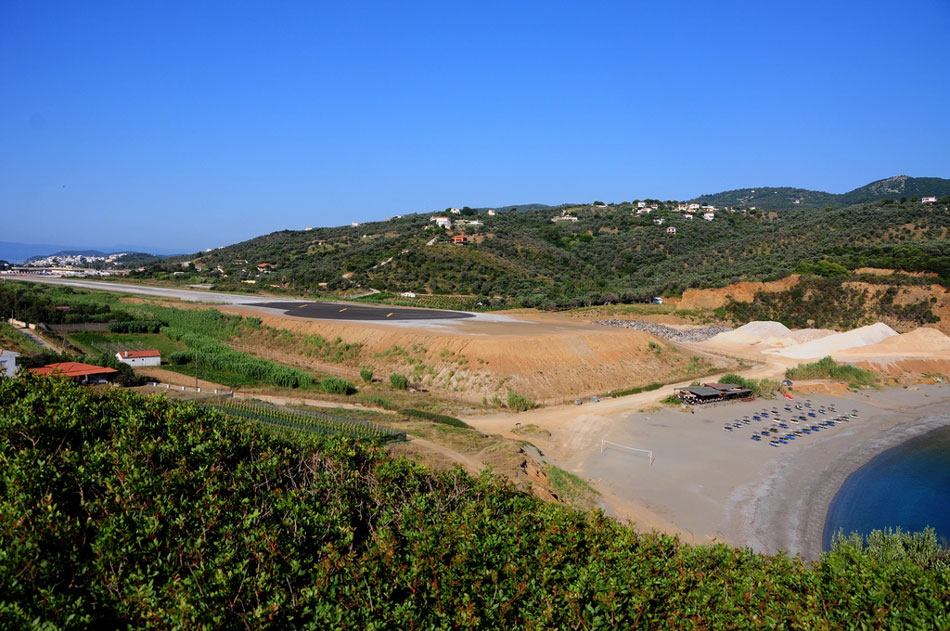 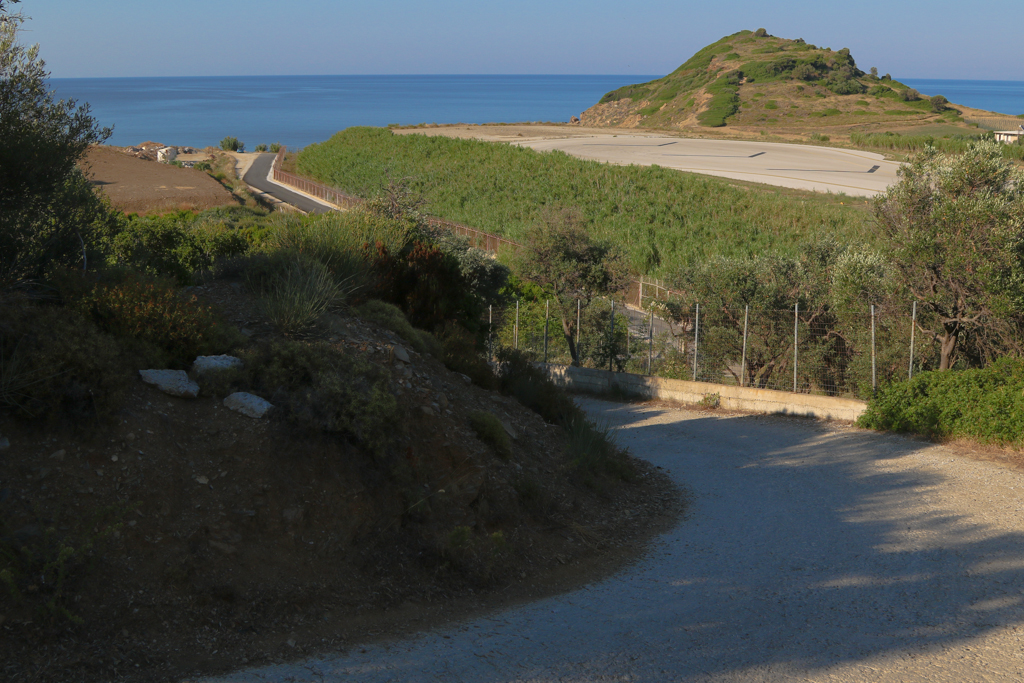 +++ Update July 2022: A new, second fence has been installed and a ladder is needed now. +++ WHAT Great view for all 01 movements as well as 19 arrivals. TIME Good from sunrise until noon. MISC. Everything you need within the Amaretto bar. The grass can be a little bit high and can cut off parts from the landing gear. FOCAL LENGTH A320 50mm

Hi, first thank you very much for this great spotting guide. Can you tell how far are spotting places 1 and 4,5,6 from Terminal building, by foot. I am planing to arrive by bus to terminal, so I am interested is it viable to go by foot. Also, In what part of the day, Friday, is the busiest. Thank you. Veljko

Hi, you are welcome. As stated in the guide the spots at 02 are a 10 minutes walk from the terminal. To postion 1 it should be around 20 minutes. The runway is just 1600m long so it’s pretty easy to get around.
For traffic check the airport website one day in advance.

Can you please give me some guides for Thessaloniki and Athens Airports?
Thanks much,
Emmi

Since Spring 2018 there is a new apron with 5 positions for a/c like 321s max in the north. The place is relly great for spotting. In summer up to 40 Flights on a Friday, in September around 6 to 10 Flights. Very relaxing spotting place.

Hi, the airport sounds cool! But… about how busy is the airport in high season, lets say, August? How many planes land there per day?
Thanks!!