Milos Island National Airport (MLO/LGML) is a very small airport on the island of Milos. The airport was built in the early 1970s and opened in January 1973. Since then, the traffic numbers increased quite a bit and today MLO handles almost 80.000 passenger a year – trend: increasing. However, the only regular services at Milos are ATR flights to Athen operated by Olympic Air and Sky Express. The airport was meant to be expanded in the 2000s, but due to the several crisis and financial problems, plans were postponed and the airport is still only able to handle smaller aircraft in its terminal built in 1995. The apron is thus still only offering two light aircraft and one Dash 8/ATR space at a time, so you can imagine how small everything is here…
However, you also have some unregular business jets coming in here, but the real plus point at Milos is the breathtaking location with the nice background scenery and the easy way of spotting here. 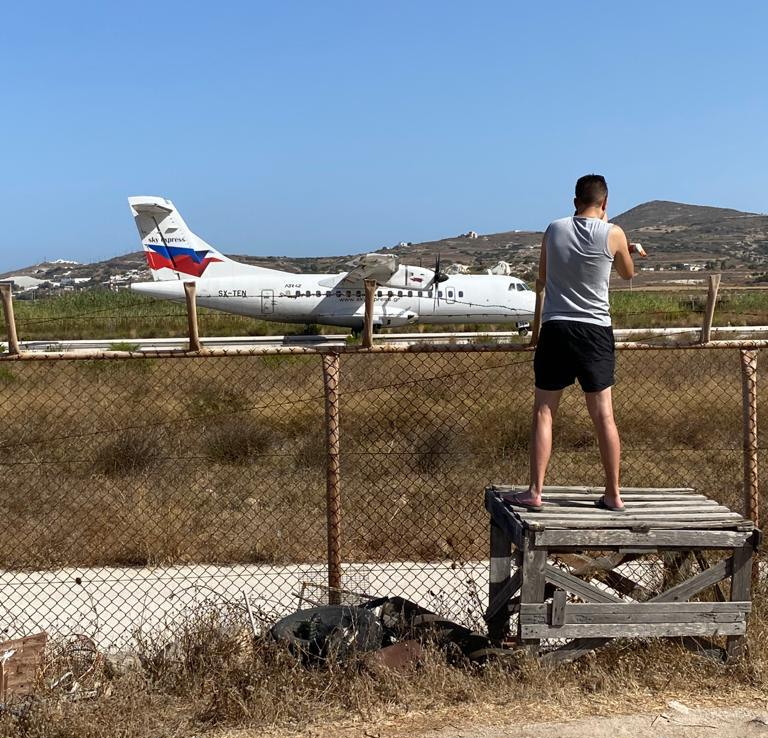