The airport of Sylt is the northernmost airport in Germany and is named Westerland-Sylt Airport (GWT/EDXW) officially as the centre of the capital Westerland is just about 2 km away. Sylt Airport belongs to the district of Tinnum and was already opened in 1918. Only domestic flights are operated from and to the airport. The based airline Sylt Air operates flights to Hamburg several times. MHS Aviation flies from Mannheim City to Sylt with a Dornier 328. Eurowings and Condor operate partly seasonal flights from Düsseldorf. Eurowings also flies from Stuttgart to Sylt. Lufthansa operates flights from Frankfurt and Munich. Swiss flies from Zurich to Sylt. Sylt airport is equipped with two runways and two terminals. The airport also has a visitors’ terrace, which belongs to the restaurant “Kolibri”. A ladder is needed at the fences to spot aircraft on the taxiway. The spotting positions around the airport are easy to reach (also by bus). Of the 2 runways only one is used for the bigger airplanes, which is of course an advantage. 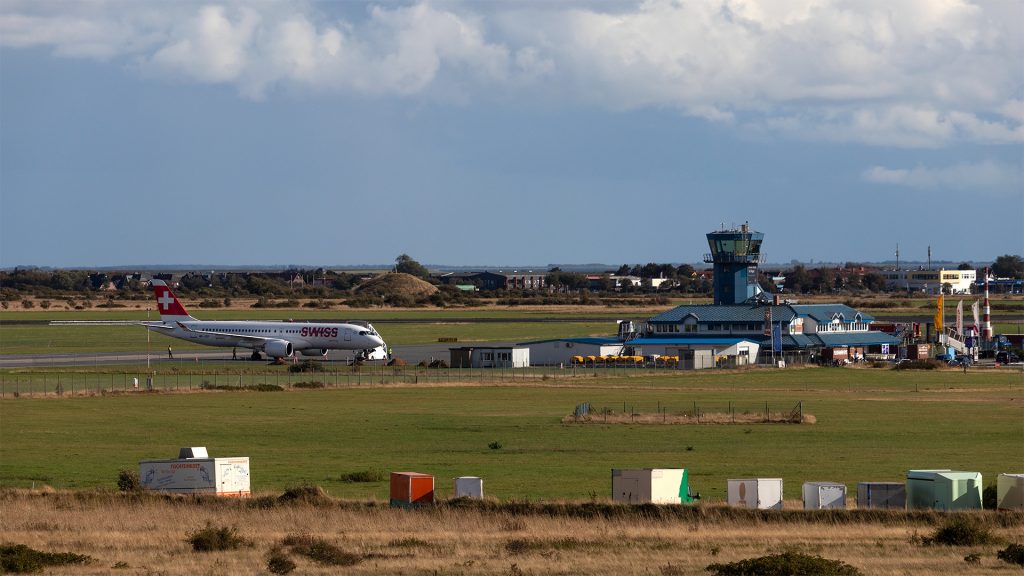 Morning side – East:
Unluckily we cannot provide any pictures taken from here yet.

Unluckily we cannot provide any pictures taken from here yet.