Samos International (Aristarchos) Airport (SMI/LGSM) was named after Aristarchos of Samos, who was an ancient astronomer and mathematician. The airport is located 5km west of Pythagorio, the nearest bigger town. On the one side, Samos airport is surrounded by high mountains and on the other side you have the sea right next to the runway’s end – this geographic situation makes Samos quite difficult to arrive to/depart from and also offers an awesome backdrop.

The airfield was opened back in 1976 and – especially the terminal – was renovated over the turn of millenium to be able to handle more passengers, although the number isn’t really growing. The airport is mainly served by holiday airlines, but also offers some regular flights all year, which are mainly served by domestic carriers. For example Astra Airlines, Olympic Air and Sky Express are all-year visitors with their destinations Athens, Thessaloniki, Rhodes and Chios. All in all the airport serves a total of 462.750 passengers per year, but this number isn’t very static as it varies a lot from century to century. That’s why Samos airport even broke the 500.000 mark already back in 1999.

You can easily climb these white objects to be able to look over the fence:

View is like this then from the top of these objects: 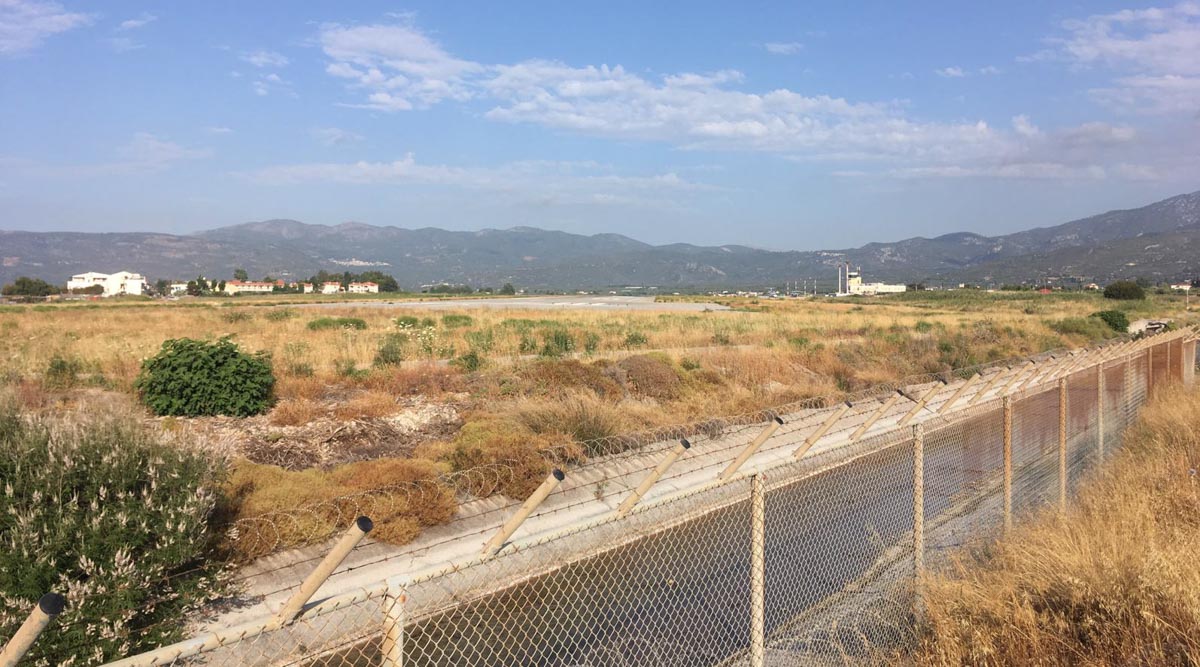