The Salt Lake City International Airport (SLC/KSLC) is six miles west of Downtown Salt Lake. The airport served nearly 27 million passengers in 2018 and processed roughly 400 million pounds of cargo. Salt Lake City is one of Delta’s largest hubs and the operations base for Skywest Airlines (a regional carrier for American, Delta, United, and Alaska) so you’ll see a lot of 70 seat aircraft on your trip. KLM is set to return with thrice weekly seasonal service in April of 2022, and Eurowings Discover still plans thrice weekly seasonal service beginning in late may of 2022. Aeromexico has also returned to the airport with once daily service. Delta A350s can occasionally be seen on flights to Atlanta or Detroit, and rumor has it that the Delta A330NEOs are coming in the spring of 2022.

There is also an Air National Guard Base here but these movements are unpredictable. Don’t go poking around the entrance to the base on the east side trying to shoot through the fence. Not only will you get in trouble with military security, you won’t get any good pictures either. 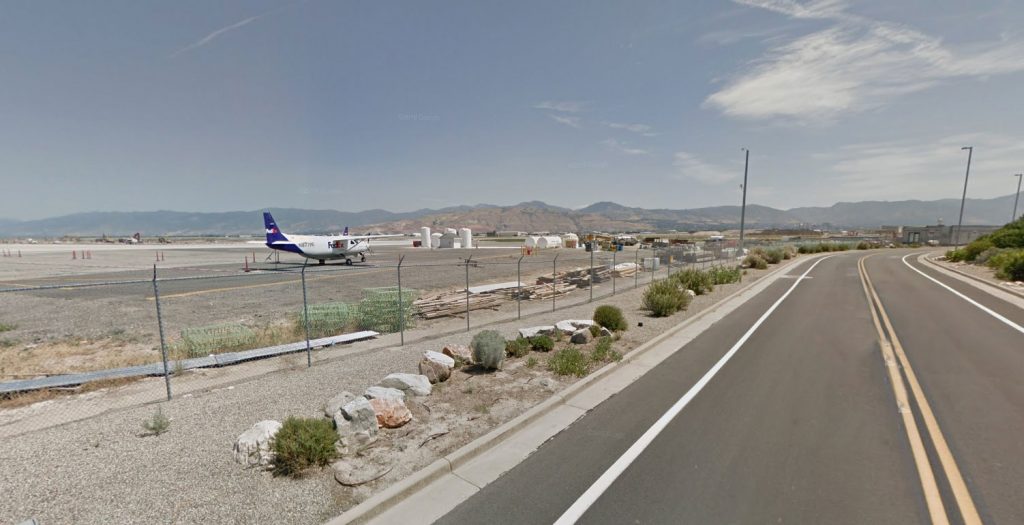 Pictures taken from the upper level: 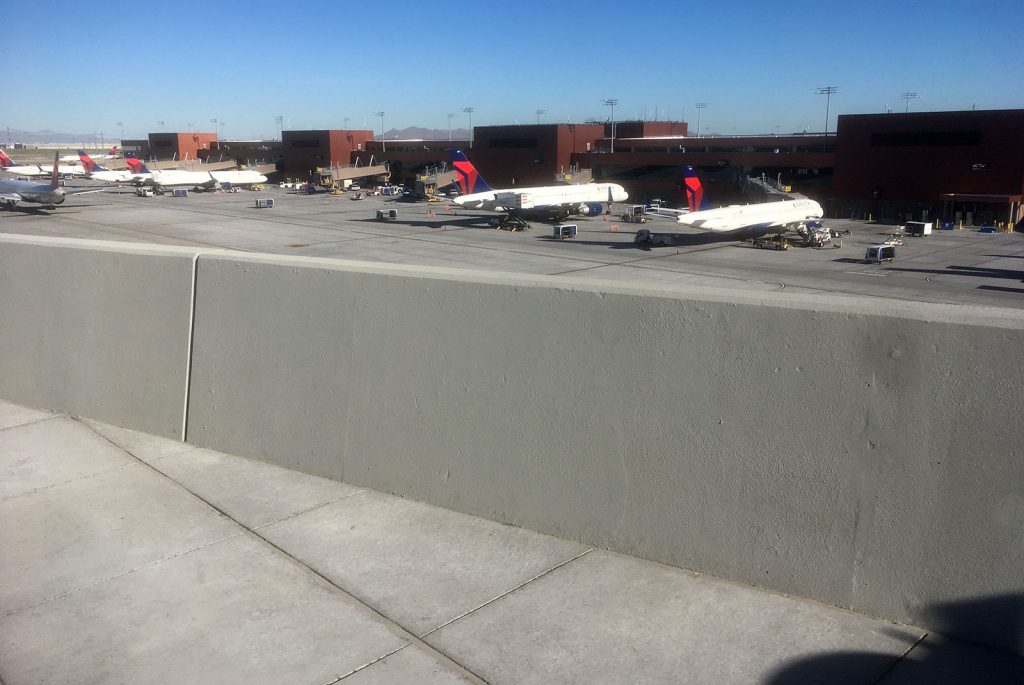 Pictures taken from the lower level:

Taken from the trail entrance at the hotel 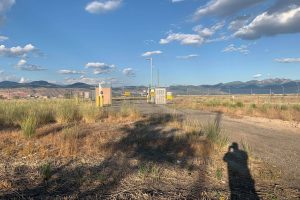 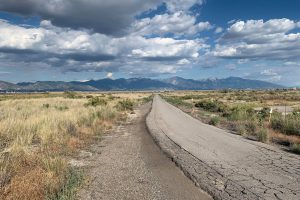 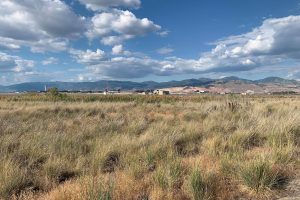 View of the airport

Yes, the area is completely fenced off but there is a gate leading to the bike path. Is this one gone?
-Julian

Any locations beside #2 for those flying into SLC (so walking distance?)

I was there Sunday, July 25th, 2021. It was fairly smoky at the time so that is something to keep in mind if you come during peak summer. Also around 95 degrees with an ‘unhealthy’ air quality index (above 150). The runway operations were as written here – south flow in the morning before switching to north flow around 1PM.

Spot 1:
I showed up here around mid-to-late afternoon and parked in the Air Ops lot. I didn’t have any issues with ops or cops and mainly stood on top of the concrete blocks. I also went up to the fence and still had no issues. When I went across the road, I ran into the bugs and definitely recommend that bug spray or repellent. The shots you would get from across the road aren’t much better anyway and the smoke made it hard to see the mountains further away. The weather was a key reason why I didn’t park at the post office, I’m not sure if ops was leaving me alone because it was a Sunday or what, but just something to keep in mind.

Spot 6:
I showed up here in the early afternoon around 2PM (rotating back and forth between here and spot 1) and parked in the lot on the right side, close to the fence (not the DL cargo lot). I had no issues here either with cops and ops cars just driving past me. In terms of parking, maybe because it was a Sunday during summer? I can’t imagine the business would let you park there but who knows, just something to keep in mind. Again, the smoke made the mountains less clear but the shot was pretty close.

Other notes:
UPS didn’t land on 34R which was a bummer, although FedEx did. A bunch of the Delta widebodies also landed on 34R like the 764 from ATL. Most A330 departures were 34R as well but something like the OGG flight is going to go 34L.

Quite often there is a chance to see two F/A-18 Hornets from VFA-204 parked at TAC Air on the General Aviation side of the airport. This is near the start of the #3 Spot on the map. from W North Temple, turn north onto 2400 W until you get to a small parking lot by the fence. If the pilots are in town that weekend, their jets will be parked a couple hundred yards in front of you. Also some good private jets here and military Beechcraft occasionally. Not a great view, since there are usually vehicles partly in the way, but still very interesting.

Spot 1 is the only place to get those gorgeous mountain shots with aircraft landing? Also what does this look like in summer. Here it looks to only be winter. Just curious. Also, on an august day what are the favored runways thru out the day, I know it depends on wind but is there certain runways that you are pretty sure will he used?

Can I offer a few points to spots 1 and 4? I’m a fairly regular spotter here and can give some good tips to these spots.

Spot 1: Avoid at all costs in the morning. There is a particular individual on the Wildlife team for Airport Ops that will harass you to no end and will even say your car is abandoned when you’re standing right next to it. Midshift and evening ops guys don’t mind at all if you’re there with your car. As long as you’re not on the private property like the golf course, you can hang there and be just fine. Police will also just check on you but once they see the camera, they just make sure you’re good, and they leave you alone. Police also don’t mind too much if you’re at the fence shooting through it to get planes lining up for 34R.

If you’re in Spot 1, there is a rock hill that will elevate you up (depending on height, more than others) above most of the perimeter fence to get some nice landing shots, planes lined up for take-off, and if they are using the 16’s, some decent shots of planes as they start to rotate.

Spot 4: Definitely stay out of the ILS areas for one. Planes and the tower controllers don’t like you very much when you’re in this area. Going east of the ILS zone doesn’t yield the best pictures especially past the noon hour. It’s usually best to stay on the west side of the ILS critical area to get some of the nice shots of planes coming over head and to get some good side shots.

Also, at the hotel parking lot, there is a really nice hill in the grass that puts you in a pretty good place to get planes as they are taking off if coming from the 16 end, or landing if on the 34 side. No one will bother you here. If you come during rush hours of the day, you can get a really good amount of planes landing on this side.

Hi Anthony, thanks for the additional info for #1. If you can give us some more details and photos of the hotel parking hill would be helpful so we can add this to the good.
Regards
Julian