The airport of the island of Gran Canaria (IATA: LPA; ICAO GCLP), is the most busiest airport of the Canary Islands and handled around 13 million passengers in 2019. It is also called Las Palmas, the capitol  city of the island. Many different airlines, especially charter carriers, fly to Gran Canaria from all over Europe, including some interesting airlines which you won’t see anywhere else in Europe, like Mauritania airlines and Binter.

Air Europa, Vueling and Ibera connecting LPA to all major cities on the mainland of spain. Charter airlines serving Gran Canaria are mainly from Scandinavia, Germany and United Kingdom. But there are much much more connecting LPA with the rest of Europe! Beside that, there’s quite a lot of military traffic from the Spanish Air Force aswell!

There is a stored DC7 in Binter Canarias colors at the entrance of the Aeroclub of Gran Canaria, the islands second airport.
As there my be some problems while getting here, THIS site might help you to solve the name struggles. 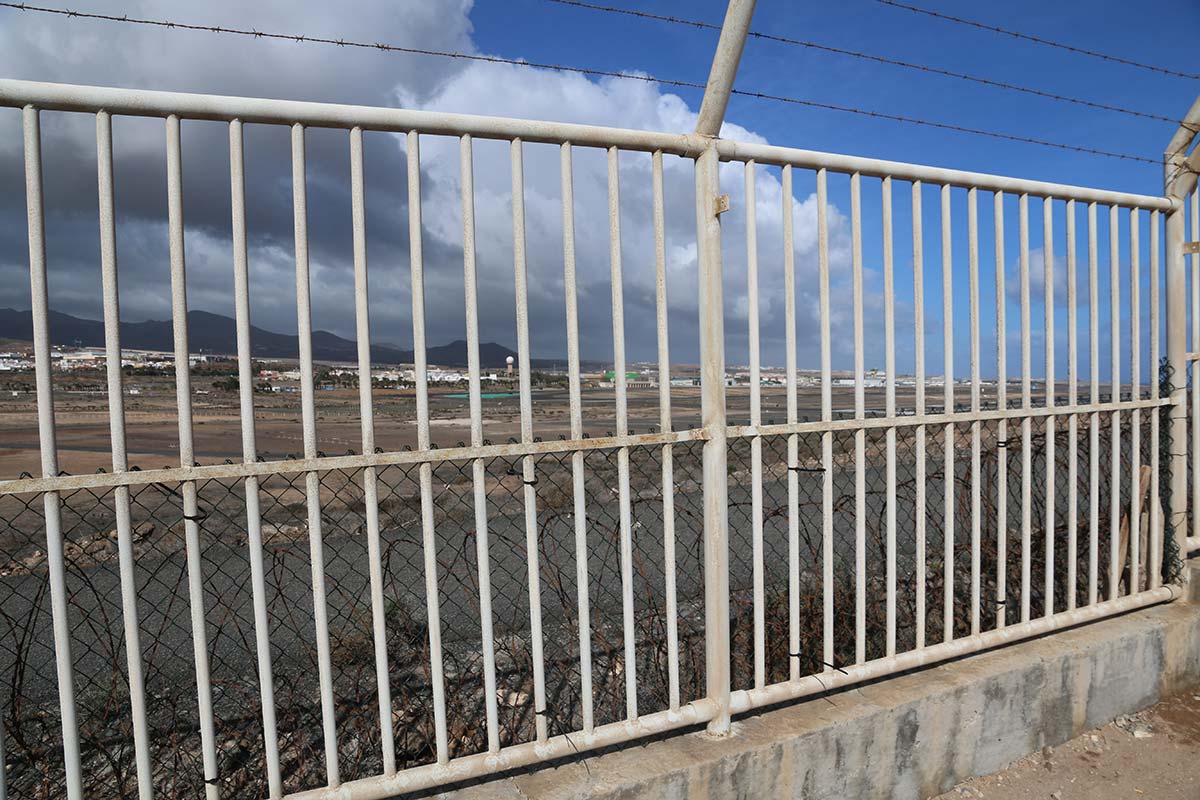 The overhead shots taken where the parking is:

Taken from the gas station:

Taken from the footbridge: 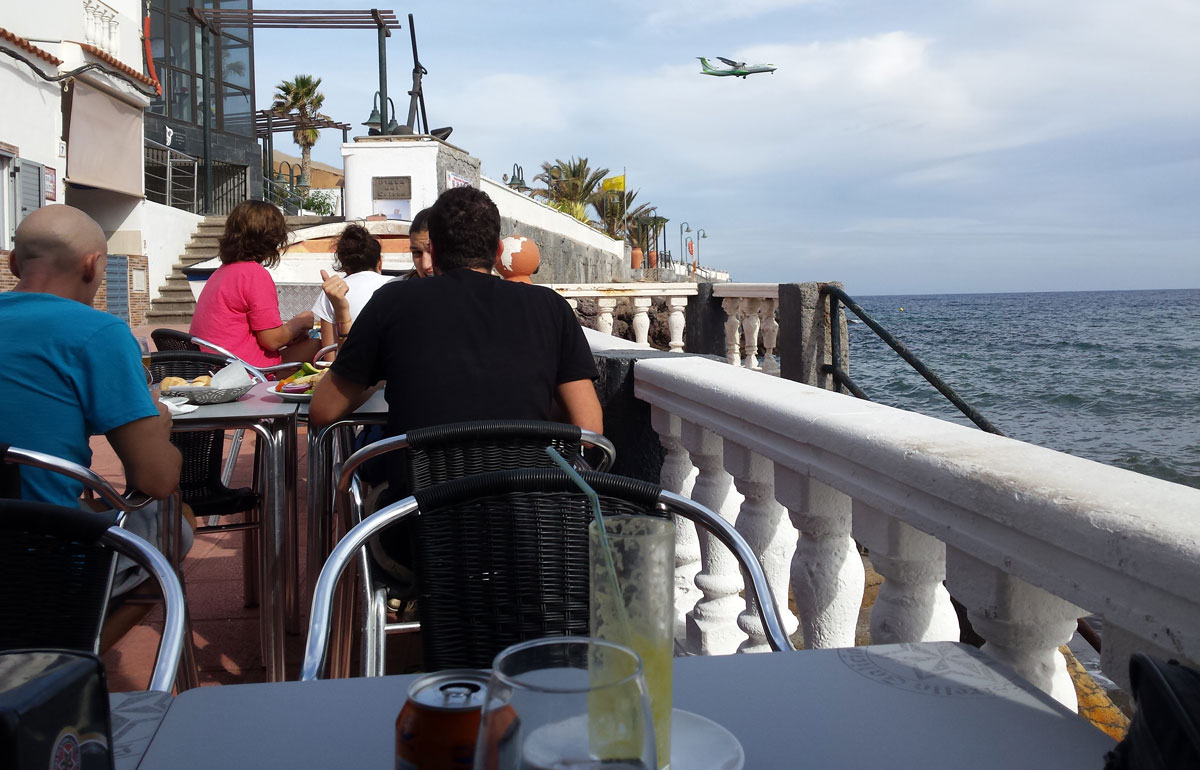 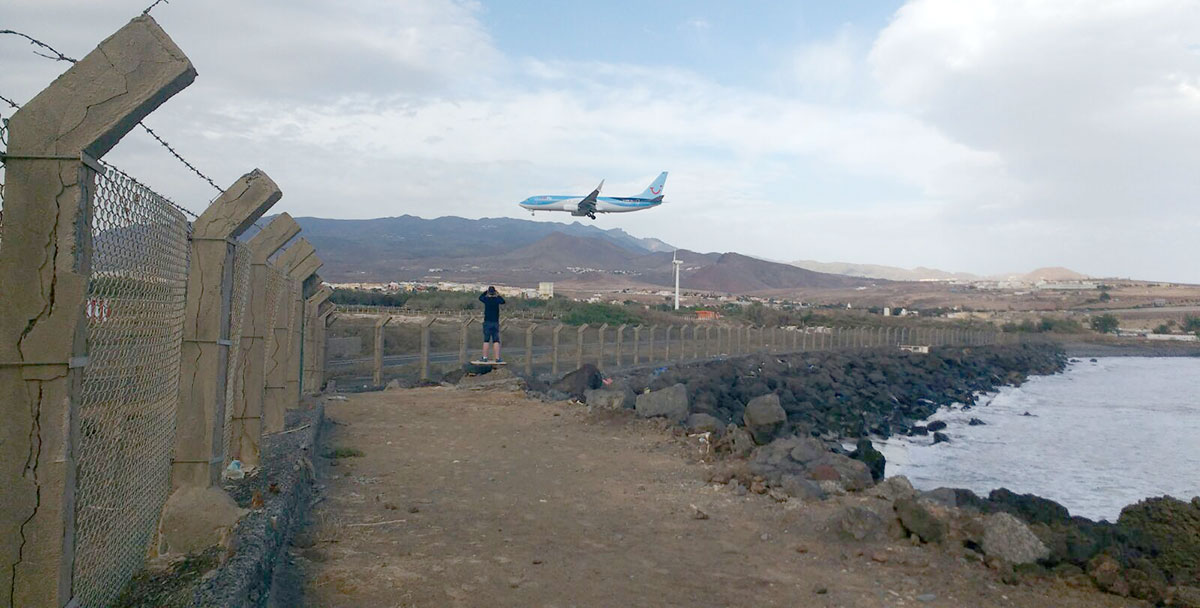 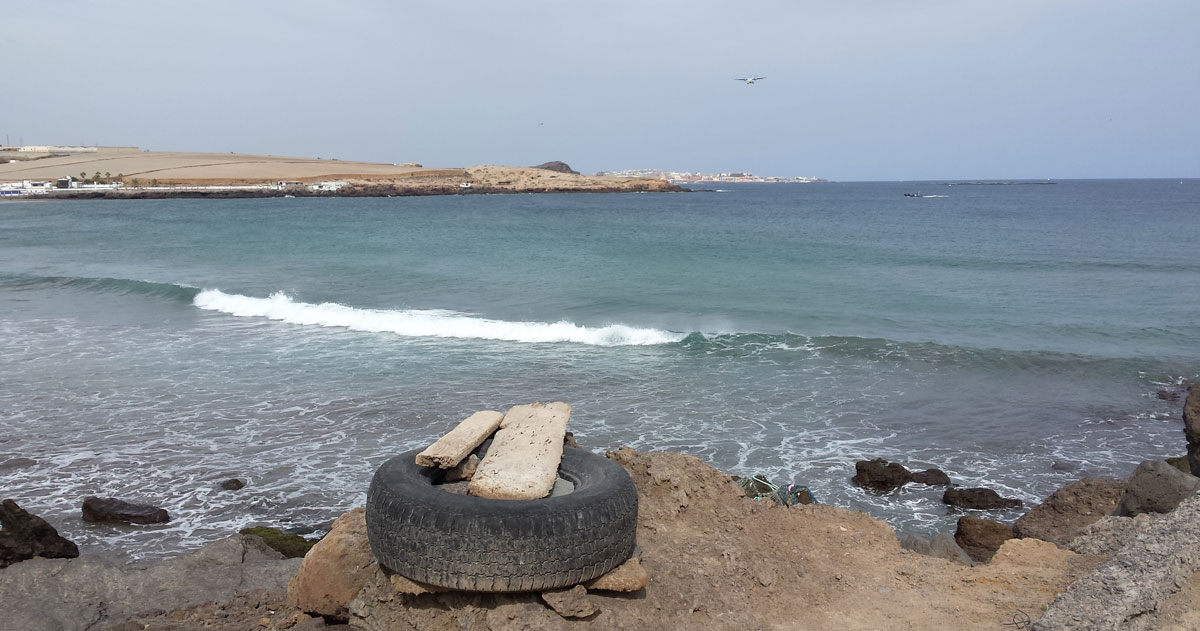 DEC2020 a new house is being build to the right of the spot. Should not disturb the sight of the taxiway and landings.

Been at spot 1 and two today.. the amount of mm for ground shots are definitely not correct.. yes may be if you have a crop camera, but full frame definitely more than mentioned bow.
For landing shots at spot one 200-300 mm full frame if you want to have a nice side on shot, if you go closer you can do 100mm but you are than shopting the underside of the aircraft.

The mm declarations in our guides are always for APS-C/crop sensors. Thanks for the numbers at #2 which I have converted into crop and added it to the position.
-Julian

Wonder if you can help with registration markings of 2 aircraft parked at the south end of the airport, facing north with rear balance aids, i noticed them as i taxied to runway 3r so they were on my right (seat 4d) on flight by1157 on 27/9/21

Hello everyone !!! 🤗 We have same building 3 apartments with Solarium, very close to the Gran Canaria airport, 800 meters from the head of the runway, 15 min. walking, but not very close because the noise is annoying for a quiet break time at Solarium 🌅🚿

We will be happy to give you the best accommodation for your spotting holidays, tips and many more.

The only accommodation in the area with a high-speed Internet connection. 📡🚀

Trust us with your stay, we will not fail you 🤝

Is it allowed to listen to ATC there ?

Thanks to this information I paid my 2nd visit to LPA this year spending a full week spotting. Last year I visited as a side trip to my weeks spotting in TFS & TFN, on the Saturday, this is the busiest day, Thursday & Friday are the quieter days. Being a none photting spotter I used point 4 having haired a car both times. I had no problems at all with the Police / Airport Security who drove past on the inner perimeter road all day.
I got chatting to a couple of the local photting spotters who were very friendly & fortunately spoke very good English. I also was approached by Richard, an ex pat who with his wife Kate runs a B&B just around the corner from point 4. The B&B has a very nice balcony from which you can phot the arrivals to 03 & departures off 21. If you book direct then you get a 10% discount which you don’t get when booking through the usual www booking sites, give them a go they are really nice people :-

Use ref Holiday 10 as the booking code when booking direct

Hi Spotters
If You are into take good pictures of Gran Canaria airport (LPA), and you need accomodation, I have a holiday home in Fariones st. which is located at point #1.
The apartment offers its guests all the comforts they need in their two bedrooms, which can accommodate up to 4 people. The accomodation is a top floor, it has a balcony facing sea, and the the other side views on the final approach which can be seen from the door. You can sit and watch hidden from the sun. Noises that come from the airport are very low inside the apartment. The accomodation provides you unlimited free wifi and in the surroundings you will find all the facilities that you need as supermarkets, restaurants…
If you want more information, you can access to http://www.burreroseasight.webnode.es

Thanks for the info. I added the link to the guide.

Hi, there’s a mistake, the real airport name is Gran Canaria Airport, not Las Palmas airport. Even, Las Palmas is not the capital city of the island or the island.

The región (“comunidad autónoma” in Spain) is Canarias, that have two provinces, one of them, Las Palmas involve three main inslands (Lanzarote, Fuerteventura and Gran Canaria) and two minor islands (La graciosa and Lobos). The main island, Gran Canaria, where you have the capital city called Las Palmas de Gran Canaria.

Thank you very much.

Totally agree with what you say about the name. Can be misleading to the unsure traveller. As with any trip away from home planning is essential. I found a couple of helpful sites that help in the planning, for example https://gran-canaria-airport.com/

I am here just now. Went to spotting point 6 this morning as they changed ends from 03 to 21. The fence has been damaged in places. Need to be a bit agile and not carry big bags. Got half way round and noticed the airport police waiting where I would be stopping so heeding the advice above I canned it and took some panoramic shots of stuff. Wasn’t worth heading round to be hunted off. They drove past me twice later on and blasted their sirens as they did so. Been unlucky with weather and runway changes.

What is the situation spotting here now.
I went in 2001 and whilst spotting (just logging regs, not photographing) from a car park at the airport was surrounded by police, taken to the police station and interrogated for hours. My holiday tour rep mediated fortunately, but not a pleasant experience.

16 years later we suffered absolutely no problems with security or police. But don´t stay too close at the military base.