Kona International Airport (KOA/PHKO) serves roughly 4 million passengers a year now (as of 2019) and is sometimes also referred to as “Keahole-Kona Intl. Airport” as it is located at the westernmost peak (called Keahole) of Big island. This point was created by a lavaflow in 1801 which this airport is also built on and this is what makes spotting here so tricky and also special – due to the background and the spotting locations.

The airport was opened in 1970s and is the major gateway for Hawaii’s biggest island with its vulcans and stunning landscape. That is why KOA serves quite a few destinations on the US mainland directly, but also many routes to the other Hawaiian islands. You will see American, Alaska, Air Canada, Delta, Southwest, United and co here, but also Hawaiian, Mokulele, Makani Kai Air and O’hana aircraft on the local passenger routes. Japan Airlines (Tokyo), Air Canada and Westjet are the only foreign carriers. Furthermore some business jets, plenty of helicopter and other GA/sport aircraft. There are also a few military aicraft from time to time plus some freighters like UPS and Amazon and of course local freighters such as Aloha or Transair B737s in the mornings.

Just park as marked below and then walk some meters towards touchdown point (left front here):

Turn off into this road here and drive till you reach…

…this beach parking. Park your car on the right behind the bushes as marked and proceed by foot to the beach… 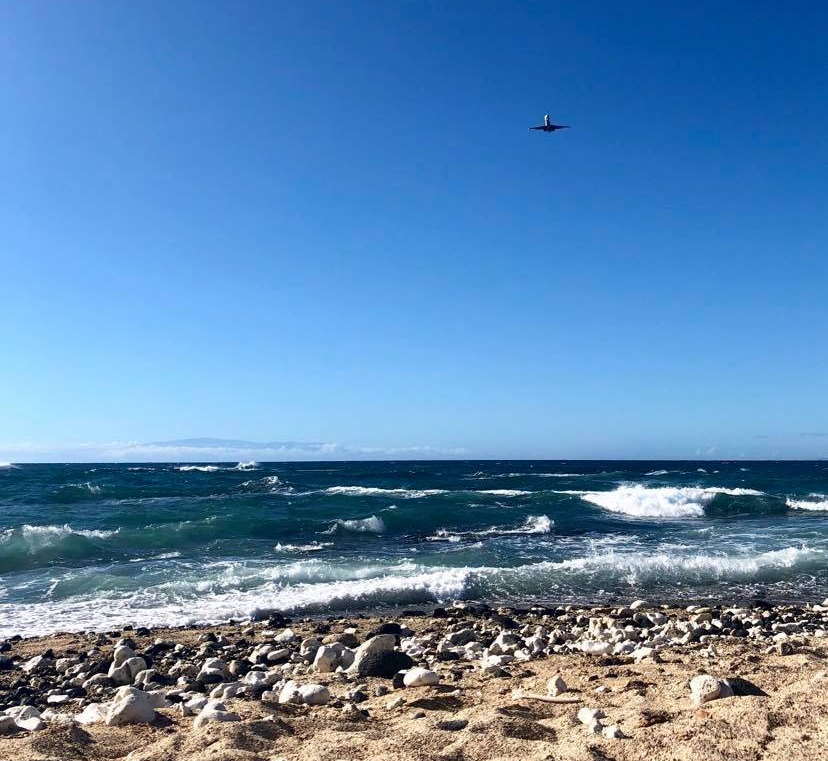 Notes on spot 1: spotted there for a bit, it’s not only great for arrivals but also 35 Departures, as you can see aircraft taking off in front of mountains and then making a sharp bank off to the continental United States. Unfortunately, left my SD on the plane but the focal lengths are approximately (Nikon D750)
717 or smaller: 250mm for takeoff, 500+ for banking

Additionally, the terrain is kind of bad and does require some climbing to get to, so be careful with the rocks.