Gibraltar International Airport (GIB/LXGB) is a civilian and military airport located in the British Overseas Territory of Gibraltar, in the South of Spain at the Strait of Gibraltar that connects the Atlantic Ocean with the Mediterranean Sea. The airport is located in the North part of the territory, directly at the spanish border. The only road connection leading from the neighbouring spanish town of La Linea de la Conception to Gibraltar’s city center crosses the airport runway, which makes it absolutely unique in the whole world. Every time an aircraft is approaching or taking off, the road (the four lanes wide Winston Churchill Avenue) is closed with barriers on both sides for several minutes, leading to long queues of vehicles and pedestrians, which are also allowed to cross the runway.

Strong winds from The Rock make landings on the short runway especially during the winter season quite tricky.

The airport was built during the Second World War with the construction of a small terminal building in 1959. In 2011 the current terminal building was opened, having a capacity of up to 1.5 million passengers per year.

Airport traffic is very limited with only a few flights each day, so it’s advisable to plan your trip in advance to avoid disappointment. Almost all flights arrive and depart to/from the UK with EasyJet being the dominant carrier, followed by British Airways. Twice a week there’s a flight to Tangier with Royal Air Maroc. In 2006 Iberia inaugurated a route to the spanish Capital of Madrid but withdraw this flight later. Nonetheless Gibraltar Airport is not only used by passengers visiting Gibraltar. In fact only 40% have Gibraltar as their final destination. 60% cross the border to Spain to spend their holidays on the nearby beaches or visit the spanish towns. Gibraltar Airport is also used by the Royal Air Force.

At the moment a new road connection including a tunnel under the threshold of runway 27 is being constructed. After its opening all traffic will use the new road and the crossing of the runway along Winston Churchill Avenue will be closed.

Take special care of the macaques monkeys when visiting The Rock. Usually they are harmless but you should not leave anything on the benches etc. other wise it can happen that the monkeys will steal it. 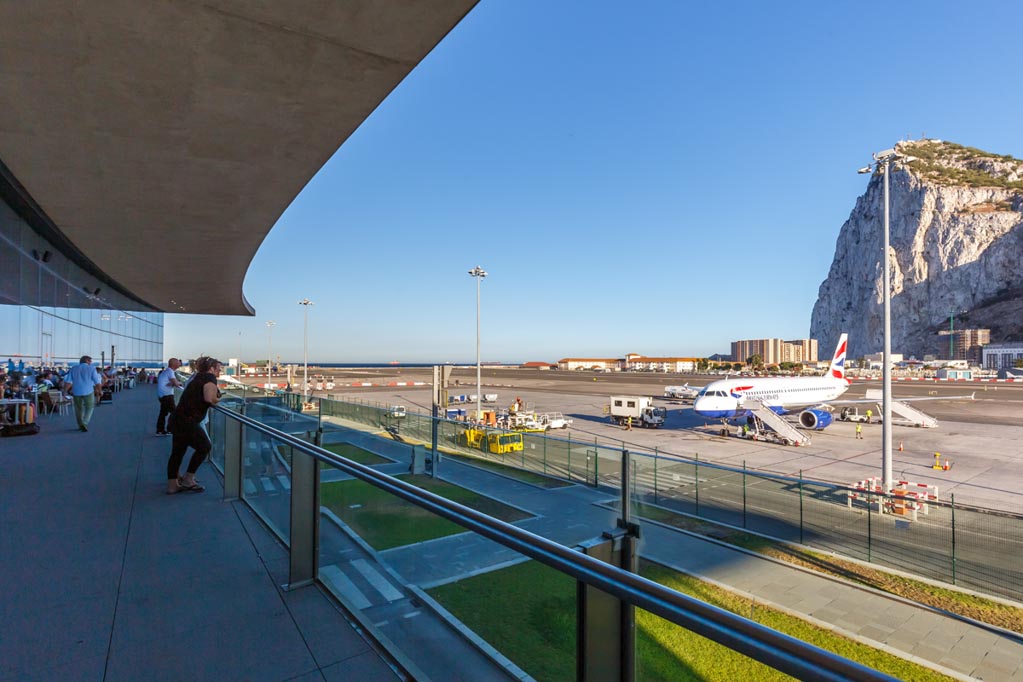 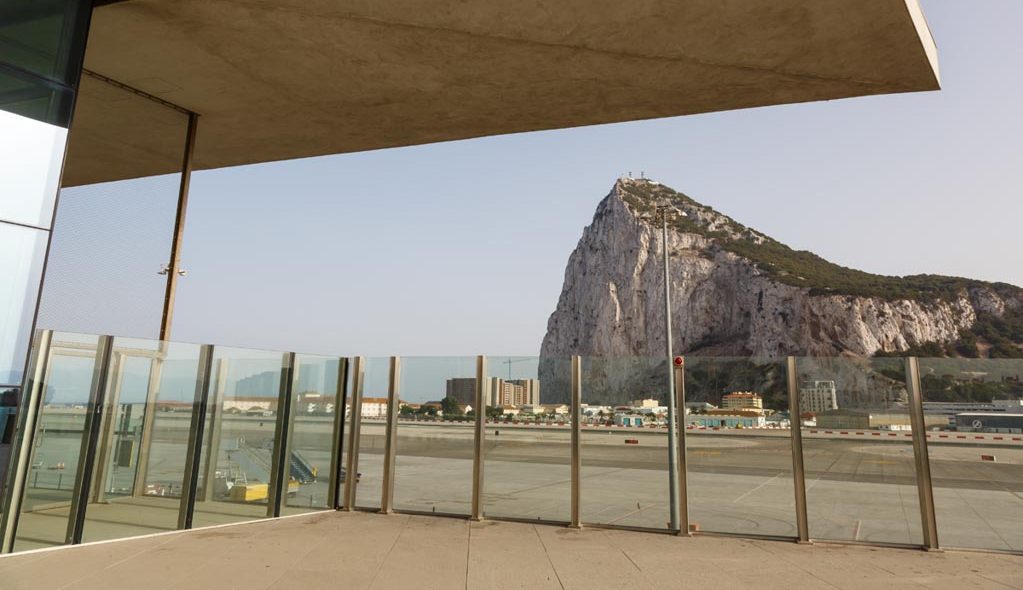 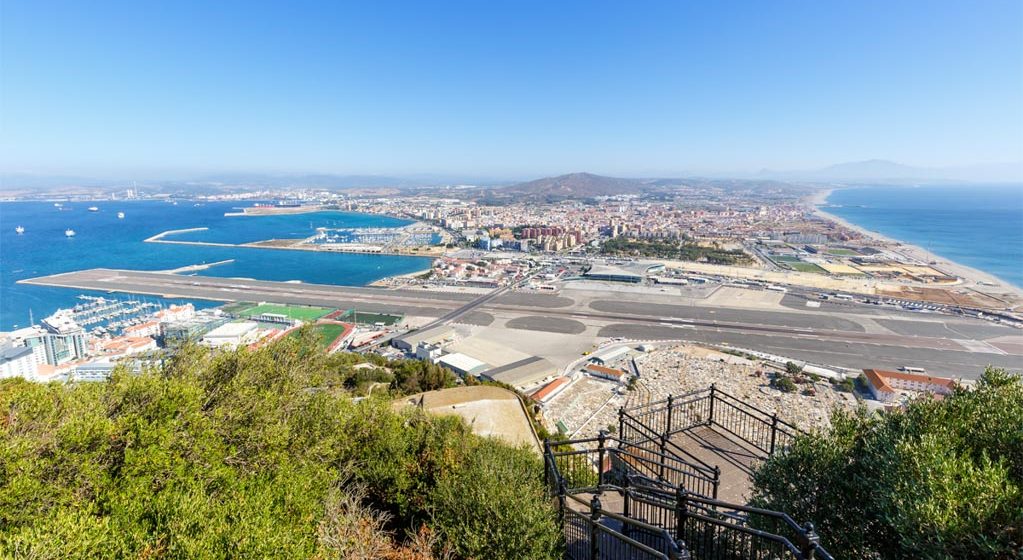 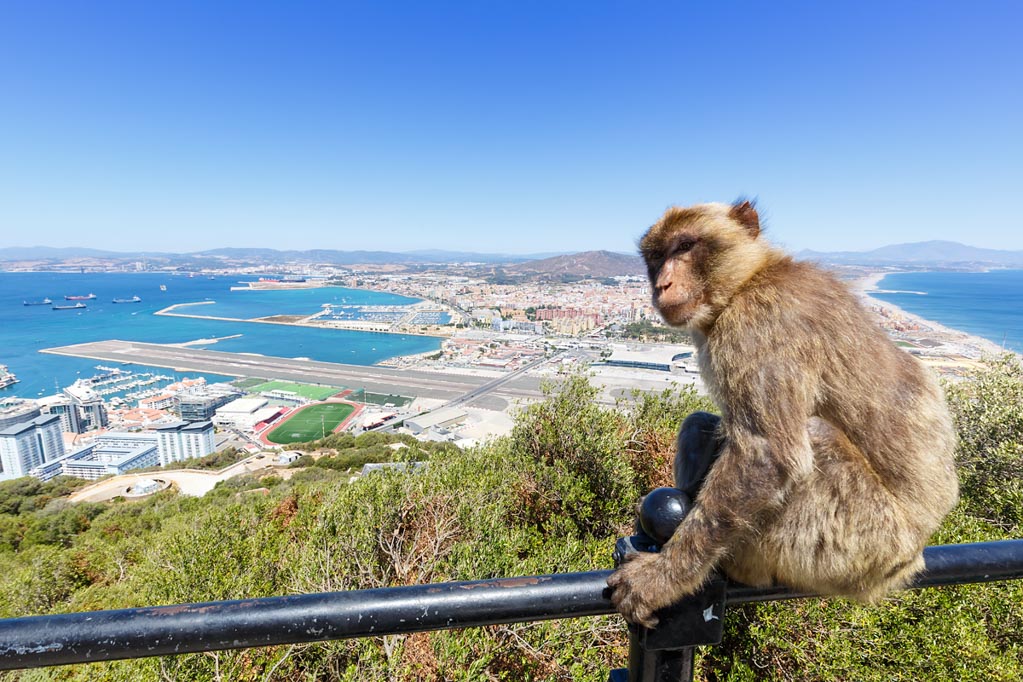 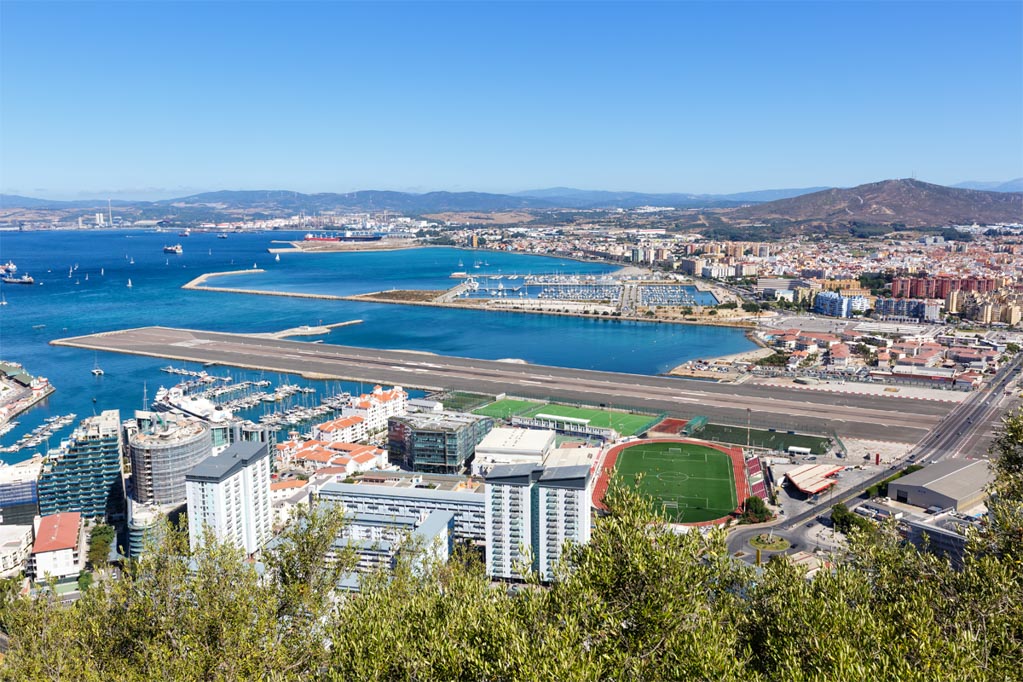 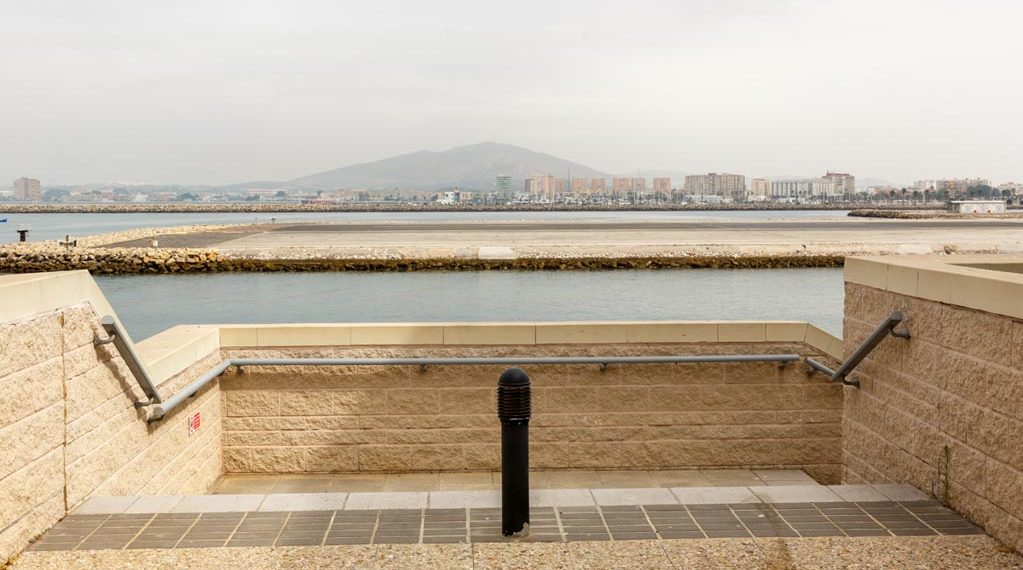 There is also Eastern Beach, you can relax and swim and shoot any movements. 09 departures will be a bit high. Useable all day really; you cannot move to the north of the runway line though, only as far as the groyne a little south of the edge of the runway. 150-300mm for 737 size aircraft depending upon where you stand.

Western Beach (between points 3 and 6 on your map) also offers some opportunities, particularly for any sunset arrivals to 09 at the right time of year.

There are numerous other high vantage points on the upper rock, and in the Northern Defences area (tricky to describe – best to ask tourist information about tours there).

thanks for the input. Could you please send some example pictures from both beaches via mail to support@potterguide.net please so we can add the spot?

I have stayed at the new Holiday Inn Express, my request for an airport view room was passed on to the hotel reception who allocated a suitable room. Rooms 601-610 on the top floor have a view of the runway between the road crossing and 27 threshold. The same rooms on the 4th or 5th floor would also have an adequate view and there are clear windows in the stairwell. The bedroom windows open for ventilation but not wide enough for a camera but this allows you to clean the outside glass if required.

Hi Peter, thank you for the infos! Sound like a good spotting location. Can you send us some pictures you have took from the room please.
-Julian