Van Nuys Airport (VNY/KVNY) is located in the San Fernando Valley in the north of Los Angeles. The airport ranks as one of the world’s busiest general aviation airports and it is definitely a temple if you are into bizjets spotting. Dedicated to noncommercial air travel, VNY averages over 260,000 takeoffs and landings annually. VNY has two parallel runways – one with full instrument landing system – and a FAA tower. The main runway is 8,000 feet in length and the training runway is 4,000 feet long. VNY has a rich history in aviation, hosting record breakers and celebrities over its 90 years in service.

In addition, more than 200 businesses are located on the 730-acre airport, including four major fixed-base operators (FBOs): Castle & Cooke Aviation, Clay Lacy Aviation, Jet Aviation, and Signature Aviation. Van Nuys also serves as home to numerous companies that provide aviation support activities such as aircraft repairs, avionics, interior work and other specialized functions. The airpor plays a crucial role in the Southern California airport system, serving a variety of private, corporate and government aviation needs. By providing a place for general aviation, which encompasses all flying other than scheduled air carrier service or the military, VNY enhances both safety and efficiency at the region’s commercial airports. Definitely a really nice place to spend the day if you love general aviation traffic where you can see all types of private jets along with vintage warbird planes, helicopters, and small props. The Condor Squadron Officer’s and Airmen’s Association which flies WWII, North American AT-6 airplanes in formation over parades, memorial services and events commemorating veterans, is also based in here and stays quite active. 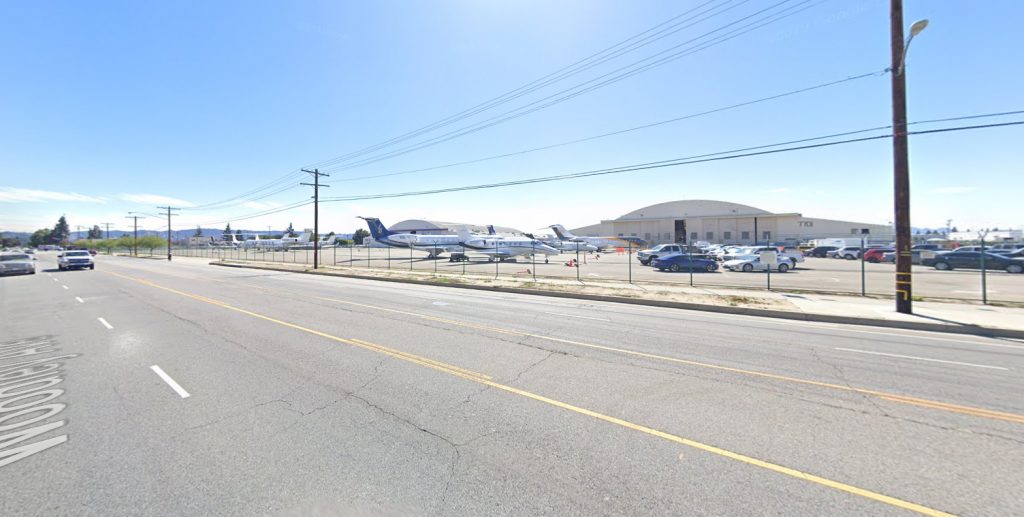 The spot (thus street) itsself from the south to the north: 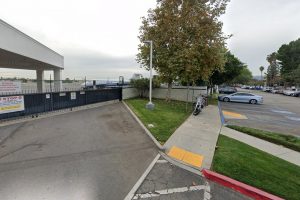 Parking at the Southern end – view to the southeast: 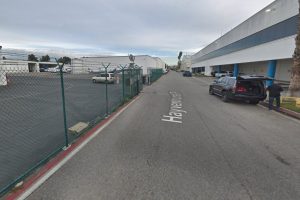 Middle – view to the northwest: 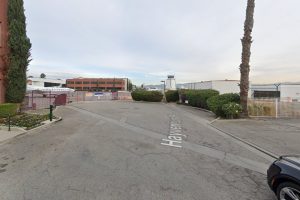 Northern end – view to the northwest:

The spot (thus street) itsself from the south to the north: 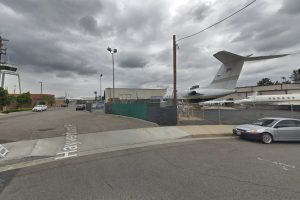 Southern end – view to the south: 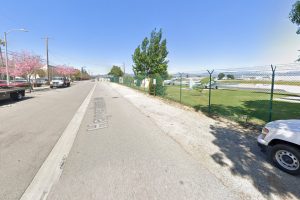 Middle – view to the northeast: 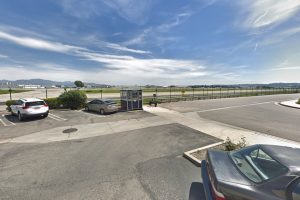 Northern end – view to the east:

Looks like the restaurant has closed. Any info on that ? what will happen to the spot ?

Lets hope it is just temporary. The website states it is for health and safety reasons: https://www.94thvannuys.com/
-Julian

Unfortunately their website states that the closure is now permanent

Too bad. Thanks for the update.
-Julian