Morlaix-Ploujean Airport (MNX/LFRU) is a small airfield located a few kilometers northeast of the city of Morlaix itsself. The history of this airfield reaches back to 1911 when this area was used for flying activities for the first time. However, as almost all airfields around here, the airport was transformed into a military airfield during WW2 by the Germans. It was in 1944, once the Americans were able to conquer back this airport and used it for their own transport flight till the end of WW2. Regardless of its busy years during the war, Morlaix airfield did not experience any important changes till Brit Air was found in 1973 with MNX as hub. Since then, training and maintenance facilities were found and extended, which were also kept here once Air France took over Brit Air, which was later merged with Air France Regional’s carrier into its newly found subcarrier HOP! in 2016. However, once Air France announced to shorten HOP! in 2020 and to retire all CRJs, the station in Morlaix – being used to be the maintenance and training centre for these types – faced complete shutdown meaning a big part to break away at MNX including 276 jobs. Thus, the future here is unknown…

Regardless, Morlaix also offers space for some flying schools and also serves as training airfield for French Navy/Air Force rarely. In addition, MNX also hosts an airshow/event regularly including some nice guests and furthermore, the airport is still cramped with a few aircraft being in storage here. 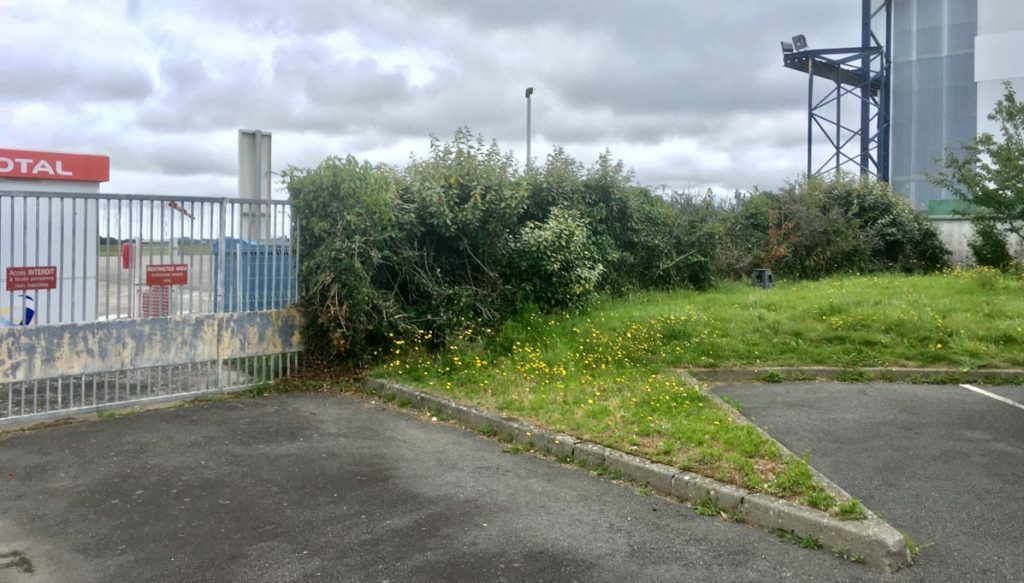 View from a 2 step ladder over the bushrow:

Aircraft here are regularly towed around and move positions, so don’t wonder we shot one stored aircraft on different positions: