Jorge Chavez Internacional Aiport (LIM / SPJC) is the principal Airport of Peru and It is one of the most important airports in South America for both passenger transport and air cargo,
It stands out for its enormous projections in the connection of flights between the Americas, Its strategic location has made it an important hub of the subcontinent. Serves more than 22,000,000 passengers and its cargo movement is 280000 TM per year.
(LIM / SPJC) It’s located in the city of Callao, near the metropolitan area of ​​Lima. Currently it has only one runway where civil and military traffic is handled.
The airport has national routes to all the main cities of the country and international routes to the main cities of South America, Central America, North America and some others in Europe.
Currently serves as HUB to the Avianca and LATAM Airlines.

This airport is the main operations center of the Star Peru and Peruvian Airlines airlines, airlines that operate with B737-300, B737-400 and B737-500 aircraft, as well as other airlines such as Wayra Peru that operates with Fokker 70, ATSA Peru operating with aircraft, Fokker 50, Beechcraft and Piper.

The area all around the runway was extra fenced recently by the airport/state, so reaching the fence got impossible now. Unluckily thus Lima spotting crew lost the best spot, but no way to get there now. Fenced and thus restricted area marked on the map. 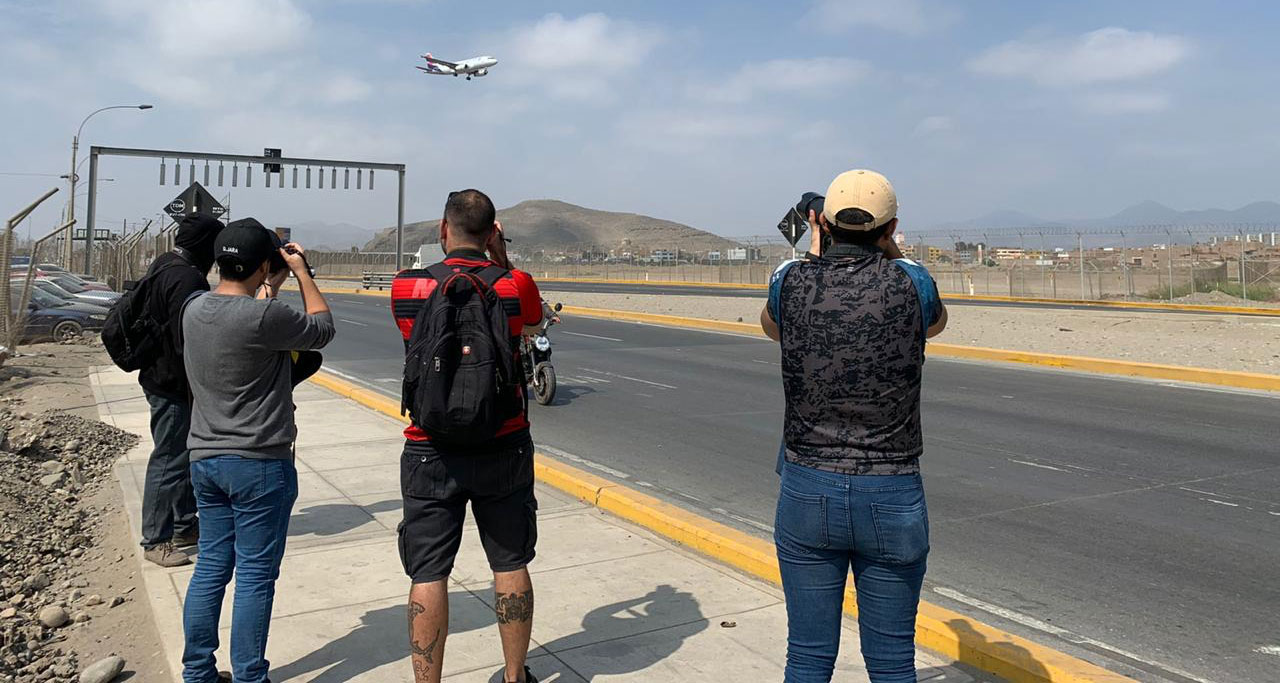