Orlando – the gateway to every child’s dream: Walt Disney World. The city of Orlando is just a joy to explore with so many attractions to see so thus many visitors. All these vacationers probably make their way into Disneyland via Orlando International Airport, short: MCO. It is Florida’s second largest city by population being situated in Central-Florida. The airport is very busy, too, by handling more than 50 mio. passengers a year.

Orlando Airport was not always for commercial use. Until 1975, the airport, then named McCoy Air Force Base (this is where the codes MCO comes from) was primalarily used as an Army Air Field but closed in the late 70s following the end of the Vietnam War.

Ever since that year, Orlando Airport expanded tremendously and is now used by civil air traffic as well. There are also a lot European carriers which serve the city, being Lufthansa which saves a connection to Germany, British Airways which competes the busiest UK holiday carrier Virgin Atlantic also bringing looots of Britons into Florida. Also Emirates makes a reeeally long journey all the way from Dubai onboard a Boeing 777 jet. Icelandair and Norwegian Air Shuttle cover the north of Europe with sunny Florida holidays. 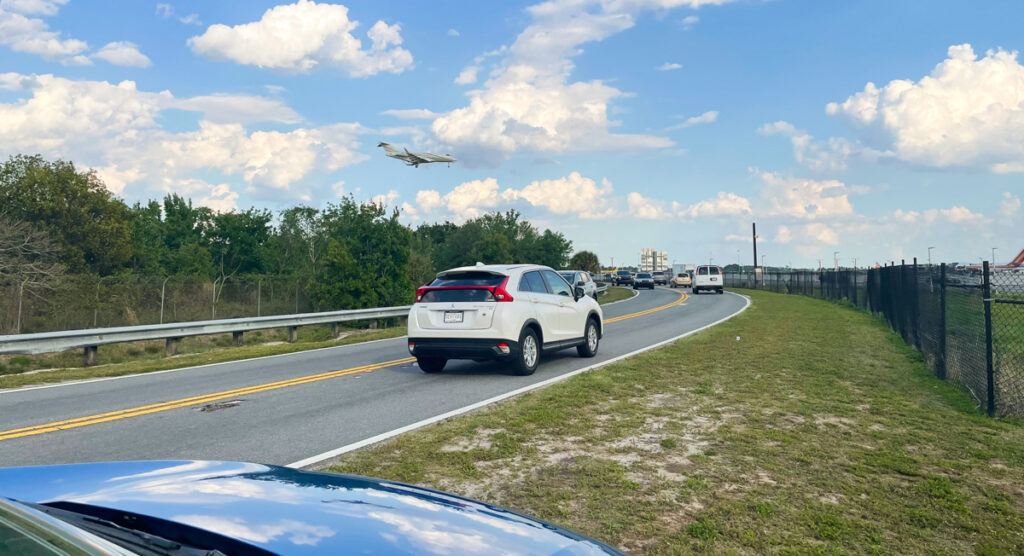 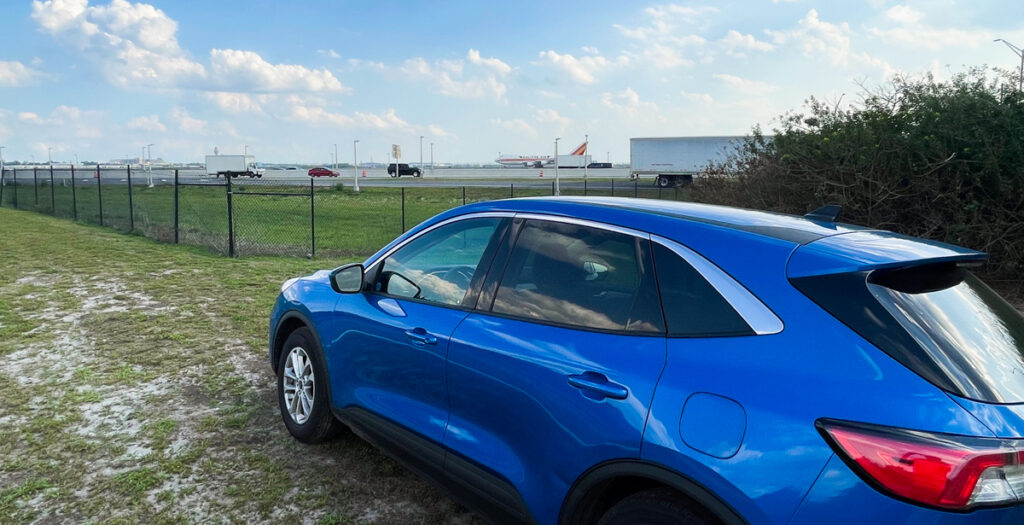 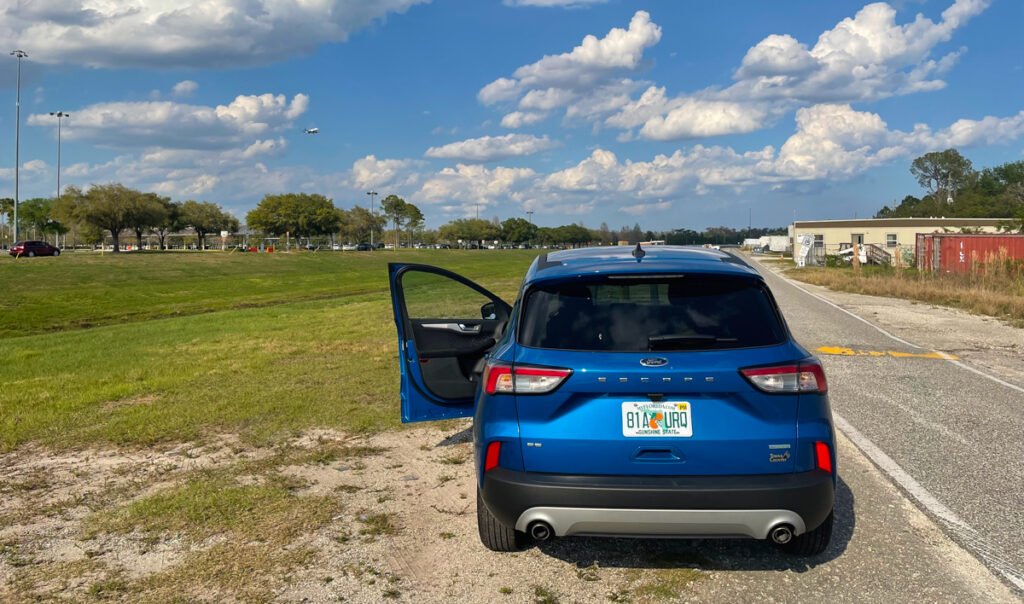 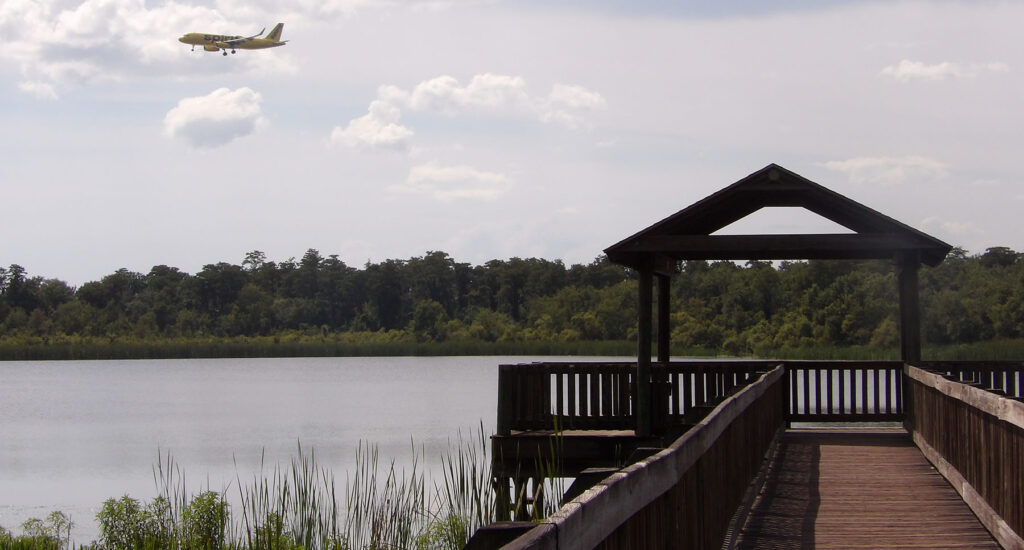 I’m a pilot with BA on the 777 and I am coming to MCO on Wednesday 23rd, operating the BA205, landing at 15:00L.
It is going to be my last flight on the 777 before I leave for the 787 fleet, so I was wondering if there was likely to be anyone taking photographs that day?
It would be great to have a momento of the occasion!
All the best,
Nick

Hi I hope I can Be their enjoy that flight before your upgrade.

Hi there, I got word that spotters at Silver Airways Hangar had the police called on them so I don’t think it’s a great location to spend long amounts of time to stay at and some trees have overgrown to the point that something like a ladder is necessary to get clear shots.

The newer garage C can also be used as a spotting location if you mind adding it to the list, it is preferred to be used in the morning only but you get views of the western side of the airport mostly and some sick views of Downtown Orlando, views from the east side are possible… You might need longer lens for this place, at least 300mm or 400mm minimum.

The following fares are used as of October 2022:

Keep in mind: this place is preferred and best used when runways 18/17 are active… at the moment I haven’t had any issues there.

I guess this is a good option when the new terminal is open.
-Julian

Sorry to report that Jubilee Dog Park will probably soon no longer be an option. A new apartment complex is being built in the field adjacent to the park. It looks like it will block the view of approach path to 17L.

Sad to hear that but thanks for the info anyway!
-Julian

Hi folks On August 3rd I was in the South Economy Lot I was approached by GOAA (Greater Orlando Aviation Authority) personal. He informed me that spotting is illegal at any place on airport property and that I needed authorization. Well there really isn’t any authorization except for the 9th floor of the Terminal Top Garage. I have been spotting there for 3 years and never was approached. They just got a new head of airport. Maybe this why the change.

Hi, or the officer is aware of planes spotters for now 🙂
Lets hope this was just a one time check!
-Julian

Good morning, I will be traveling to Orlando soon, will I be able to spot there (at south economy lot and in all of the other places you mentioned here) without any problem?

You don’t have problems at the south economy lot usually but there are some that you might get kicked out of… if you ever need help about the spotting locations at MCO… just message me on instagram (avgeek_kmco) enjoy your trip!

There are several websites, carrying more recent airport diagrams, which also includes the new Terminal – which is expected to open next month.