Pittsburgh International Airport (PIT/KPIT) is the primary airport for the Greater Pittsburgh region and the Tri-State Area, located approximately 16 miles west from Downtown Pittsburgh. After serving as a hub for Trans World Airlines and US Airways for decades, the airport has seen a resurgence as the Allegheny County Airport Authority has successfully attracted new carriers to add service. While PIT is no longer a hub for any airline, it has secured a nice variety of airlines since the US Airways era. As of 2018, Southwest Airlines is the largest airline in terms of passengers carried and destinations served, while American Airlines is the largest in total flights. American uses its PIT maintenance base to handle all deliveries and induction work for Airbus A321neo aircraft arriving from Hamburg, Germany and Mobile, Alabama. Additionally, regional carrier Republic Airways also operates a maintenance base at PIT.

In addition to commercial and cargo traffic, PIT is also home to the 911th Airlift Wing of the Air Force Reserve Command and the 171st Air Refueling Wing of the Air National Guard. The 911th flies eight C-17A Globemaster III cargo jets, having recently transitioned from the C-130H Hercules in 2018. The 171st flies sixteen KC-135T Stratotanker aircraft and has been since 2004, having transitioned from the KC-135E. The 911th is active throughout the week and the 171st is very active during weekdays, typically having one, two or sometimes three tankers out for pattern work. PIT is a popular site for military aircraft to use for touch-and-goes – it is common for aircraft from other bases such as the P-8 Poseidon, E-2 Hawkeye and C-40 Clipper to use the facility due to its size and long runways. PIT is one of a select few airports in the US that sees a nice variety of commercial, cargo, and military traffic. 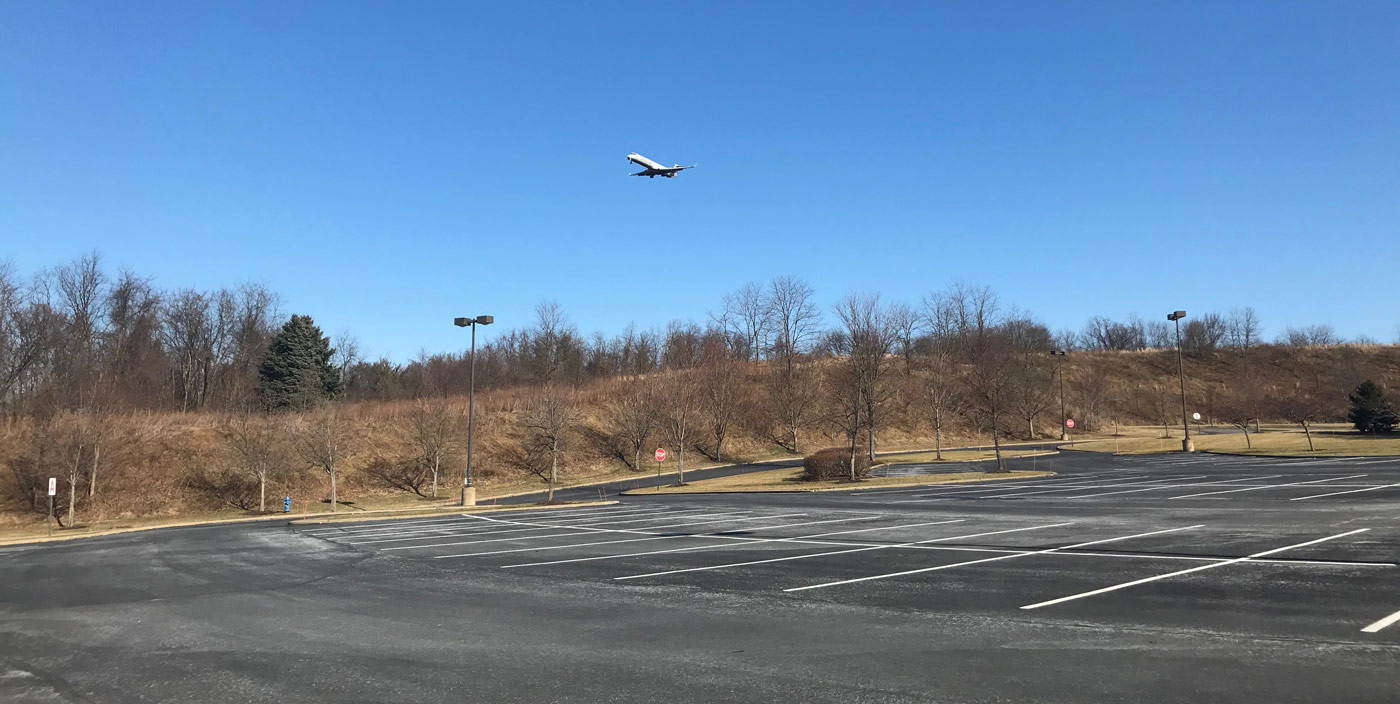 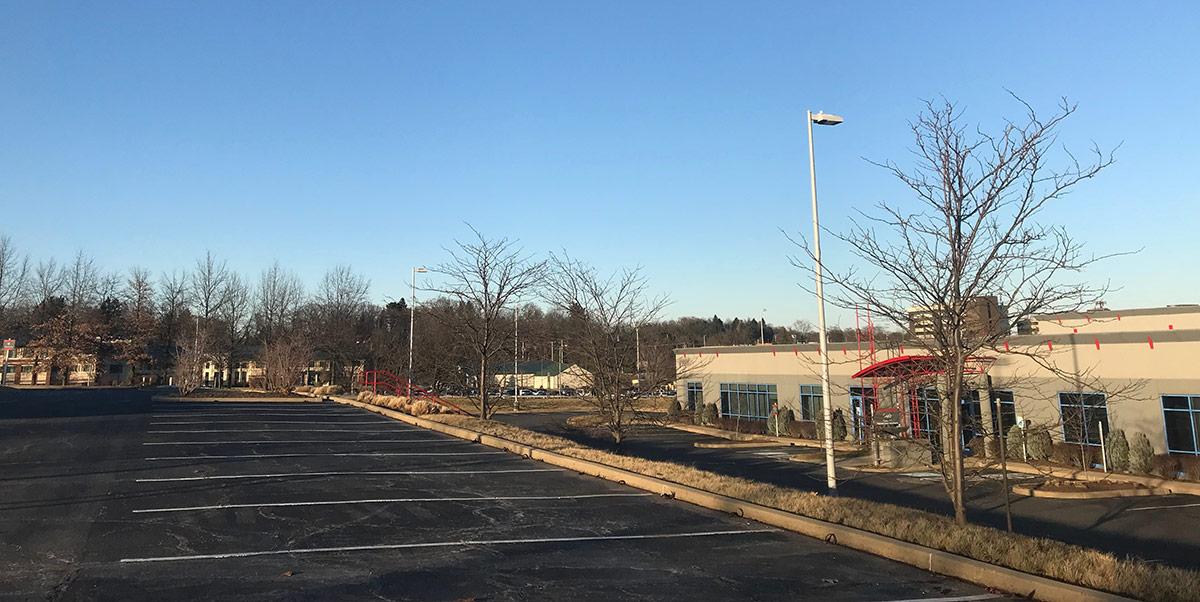 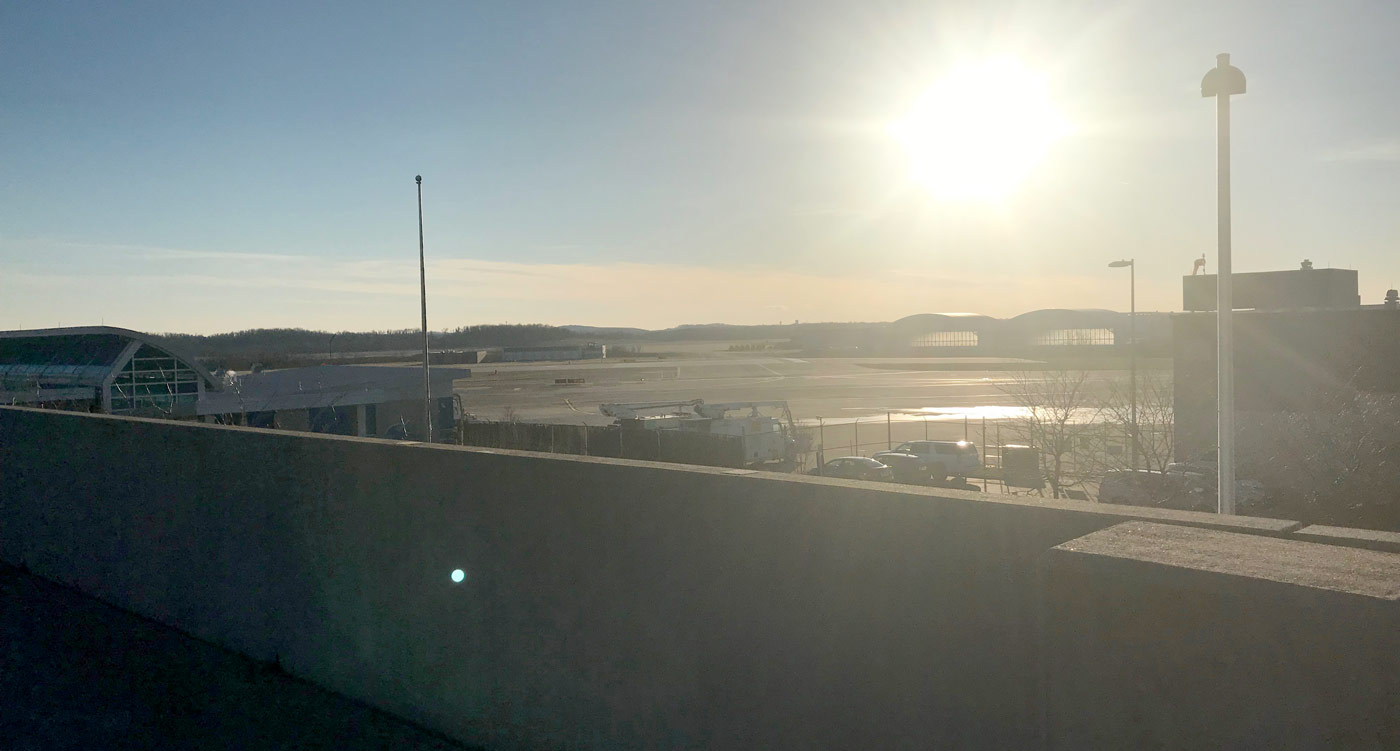 Glad to have found this site, heading to Pittsburgh this weekend to spot.
any recommendations for best spots currently? Thanks in advance 🙂

Another viable spot is along International Drive. 40.506303,-80.256856. There’s a sidewalk along the road so you would have to find a place to park and walk, but good views of arrivals and departures on 28R/10L. It was too cold to be outside when I was there, but it looked like a good spot. Very little vehicle traffic on the weekends.

Thank you so much for the recommended spots!… Recently went down to PIT to visit some family and was very anxious to catch a KC-135. Thanks to this guide I was able to not catch one but three. So big thanks!

Nice to hear that! If you have a updates, please let us know.
-Julian

I would like to add for Spot #6, on the montour trail, Airport police now forbid anyone from going into the gravel lot. But I anyways went got some nice shots. If you would allow me I would be more than happy to share a Breeze airways e190 I got!

Is it possible to stay at the trail and shot from there without entering the gravel lot?
-Julian

Thank you for this. I am moving to Pittsburgh soon from the Erie area. Erie doesn’t have a bunch of traffic, but PIT does and I am happy I found this information.

Allegheny County Airport (AGC) is another good one in the area. Lots of smaller planes and jets.
Home of the Stat MedEvac, so there’s always helicopters coming and going.

Will a Nikon 70-300 lens work with the long term parking lot and trail?

What about the long term parking lot? Seems a good location for 10L arrival on the map. Unhappy security staff, maybe?

I’ve spotted at Long Term and Extended parking for years, typically during the morning departure rush, and have never once been approached by either civilians or security. While I typically stay in my car the majority of the time, I don’t make any effort to hide, and at times I’m there for several hours. Definitely a viable spot as long as you don’t mind the fees.

Hi, would you be so nice and send us the GPS coordinates and some pictures you have took there so we can add this location to the guide.
https://www.spotterguide.net/missing-photos-location/

Thanks in advance, Julian

Am I missing something? I go about every month and RARELY see any departures. I see that they are departing on FlightRadar but they’re always using a runway that I can’t see. Also, do you know of a way to listen to ATC? Its not on liveatc.net

Traffic at PIT will take off to the west and will typically use 28R when the wind is coming out of the west. That’s the best way to see them from Long Term and Extended parking. Occasionally, they will use 28C for departures in addition to or instead of 28R which may account for why you’re not seeing them. As construction gets underway on the new terminal I could see restrictions on 28R as construction equipment’s entry to the airport will be up near that runway.

If the wind is out of the east, departures tend to go off of 10C since that’s a short taxi from the terminal complex.

At the moment, the only way to tune into ATC at PIT is to use a VHF radio scanner like a Bearcat BC125AT (what I use). You can program in all the frequencies for PIT ATC and then select or mute just the ones you want to. You can also use http://www.flightradar24.com if that’s not an option. Although there are exceptions, if the winds aren’t shifting, departures will tend to use the same runway most of the day without change.

I somehow missed Julian asking for the above info so I’ll have to send that in for more specifics on the Long Term/Extended spot.