Located 23 miles north of downtown Houston and opened in 1969, George Bush Intercontinental Airport [IAH] is the major international gateway serving the city, as well as the largest domestic hub for United Airlines based on available seats.  Houston-IAH is also the second busiest airport in Texas, behind Dallas-Fort Worth International Airport.

www.Houstonspotters.net is an excellent resource providing detailed information about IAH as well as other Houston-area airports, including William P. Hobby and Ellington Field.  Mosaic Airport Viewer (www.airportviewer.com) is a free application that allows monitoring of ground movements in real time on your mobile device. 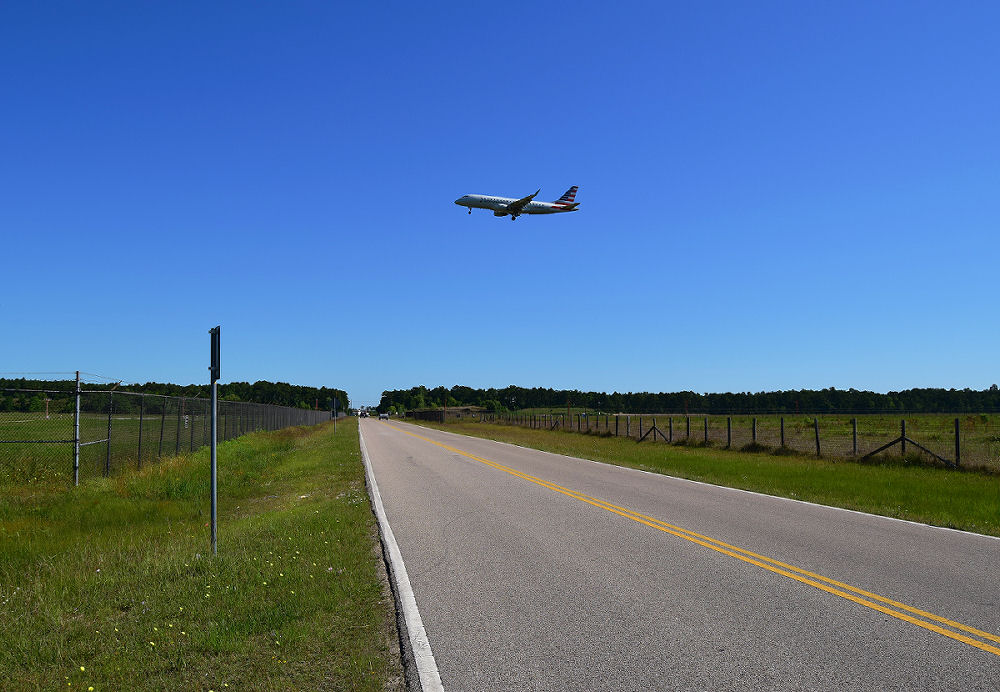 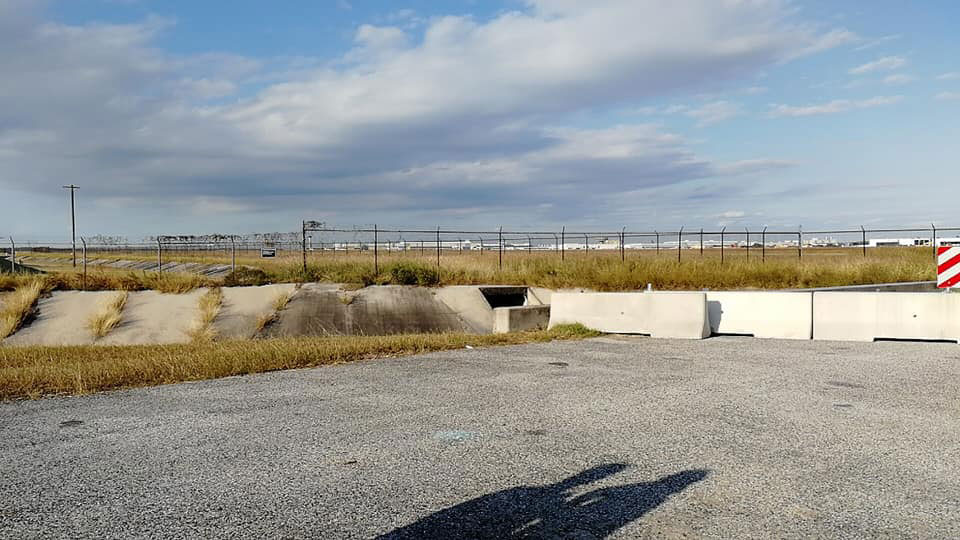 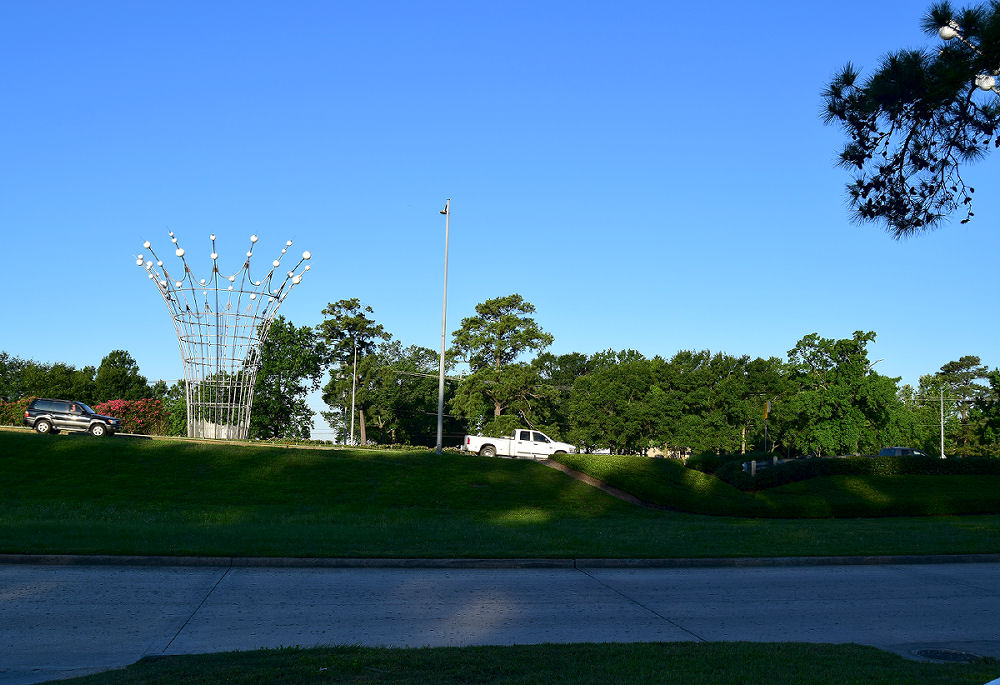 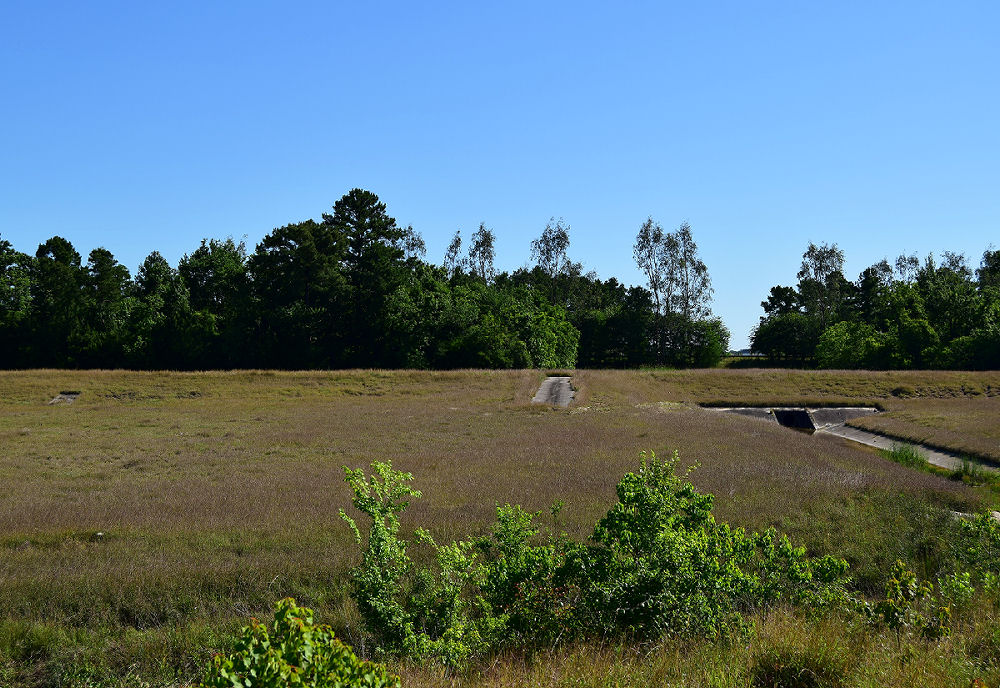 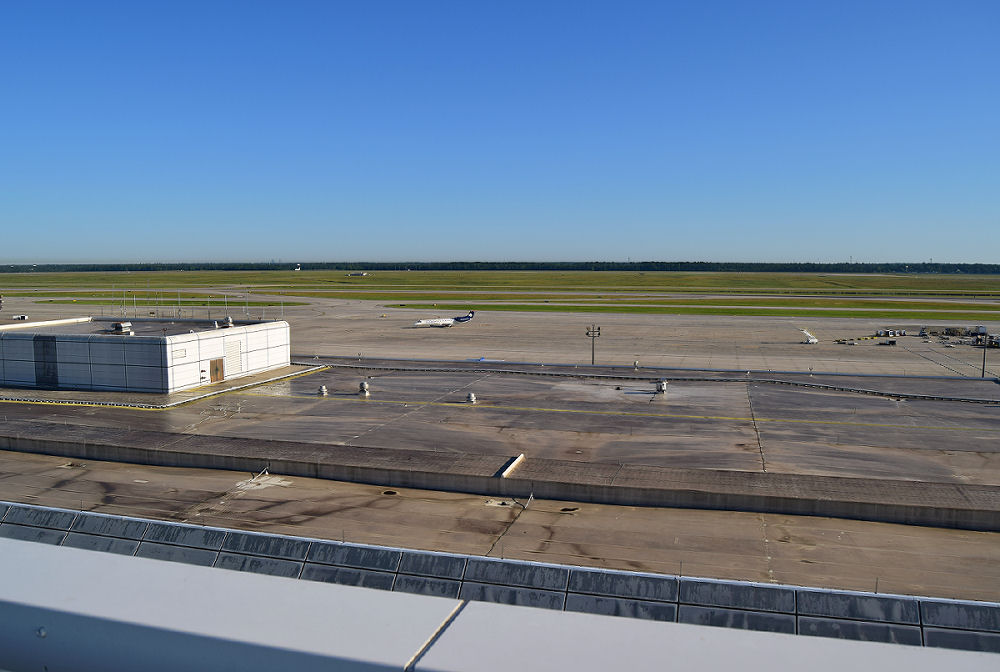 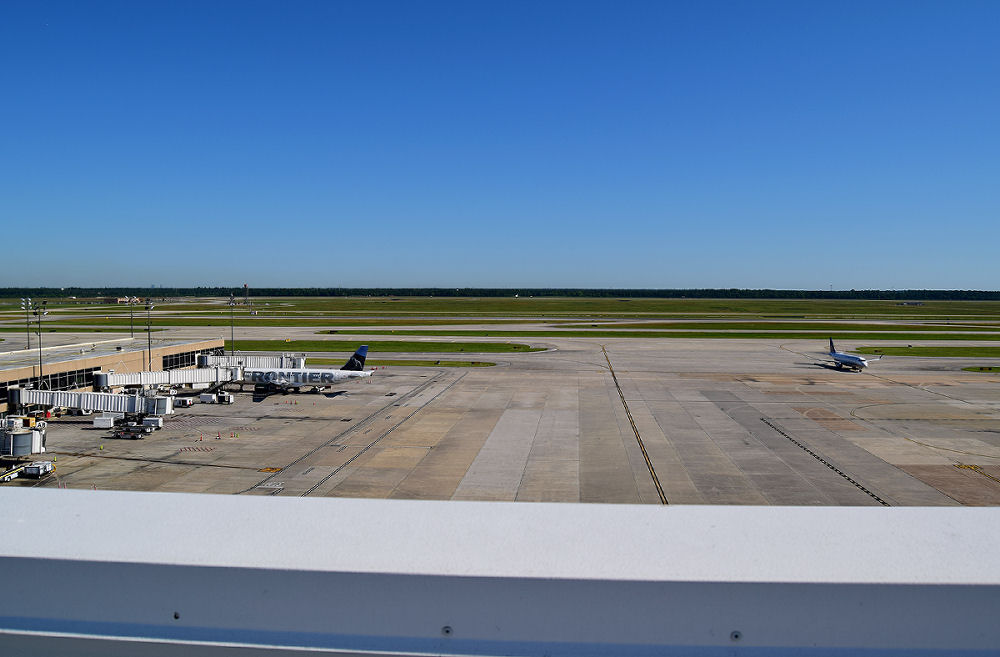 Pictures from the soccer field:

Pictures from the company parking:

I visited spot 2 today (June 22nd 2022). There was no portable bathroom there any more, and the dirt track leading up to the hill was coned off. We walked up onto the hill, and no one bothered us for the 3 hours we was up there, and we did see airport police drive by a few times inside the perimeter so I guess they’re still happy for enthusiasts to be up there.

I have updated the text. Thanks for the update Robert.
-Julian

Are these spots also for commoners like me who just want to go look at airplanes land and take off or do I need to be a spotter?
Thanks!

Yes–all of the spots are accessible to the public. For casual watching of the airplanes I recommend most Spot #1 – Lee Road, Spot #2 – Rankin Road and the roof of the terminal garages (Spots #5 and #6). It is recommended to call the phone number from the terminal garages, but if you are not taking photos with a large camera you are highly unlikely to be bothered at all.

Spot 2 would probably be your best bet. Bring shade, it’ll be quite toasty.

Can anyone tell me if the EVA Airway Sanrio/Hello Kitty planes still fly into IAH and when the best time to watch for them is? Thank you in advance!

Sorry to ruin your hopes, but B-16703 was repainted to the EVA standard livery back in May of this year.

The Rankin Road spot is open, and has been for a while. I’d suggest editing the planes certain airlines are using, too.
Also, Southwest began flights here April 2021.

Emirates also flies in the a380 for a daily 5 to 7 arrival and departure.

A good spot for 8L landing I found at around junction of Farnell Rd and Aldine Westfield Rd… Near the Shell garage/Burger King… I sat behind Tristar Glass opposite the Shell.. It was a Sunday so the premises was closed no doubt it may not be accessible during work hours… I called the Airport Ops number to say where I was and they seemed happy for me to be there.. 737 filled frame at about 220mm from this spot.

Can you send me some pics from this location to info@spotterguide.net. So we can add it to the guide.

Spot 9 the football fields.. Exercise caution here… I was there on Sunday and was approached by a couple of guys from the football fields.. One asked if my camera was a rocket Launcher!!! I let him have a shot of camera and showed my shots he seemed happy enough.. About an hour later his boss rolled up telling me it was illegal to shoot there and he would call police if I never left… I complied with this

Hi Scott, maybe it is better to avoid this place when a game or training is going on. Then stay at the company spot instead which is on the guide too.

There is an excellent spot under the lights for arriving traffic on 8L at Farrell and Birnamwood. Only big enough for two cars and sometimes traffic can be sparse, but when it’s rush hour, you have some great views of plans coming in 50-100 feet over your head. You can also catch some unique circle to land approaches to 15LR.