The St. Gallen Business Airport is located at the north-eastern tip of the Switzerland just at the very edge of the Lake Constance and next to the border of Austria. In consequence of its location, the airport is an important hub for business traveller in this trijunction around the Lake Constance and the eastern part of the Switzerland. The airfield was opened up back in 1927, serving regular flights to Basle, Innsbruck and Munich which had been interrupted and suspended when the Second World War began. In 1988, after the airfield was being extended, flights to Vienna were commenced which has been the main market of the airport until today. An own brand which should stand for the airport and mainly serve the business traveller was set up in 2010, namely “People’s Viennaline” and it operates scheduled flights to Vienna and some charter flights to holiday destinations. They own a E170 but sometimes they lease aircraft from different operators (e.g Helvetic, Denim Air) Business jets are always to be encountered at the airfield, smaller business jets are being maintained here, too.

Timetable can be find here 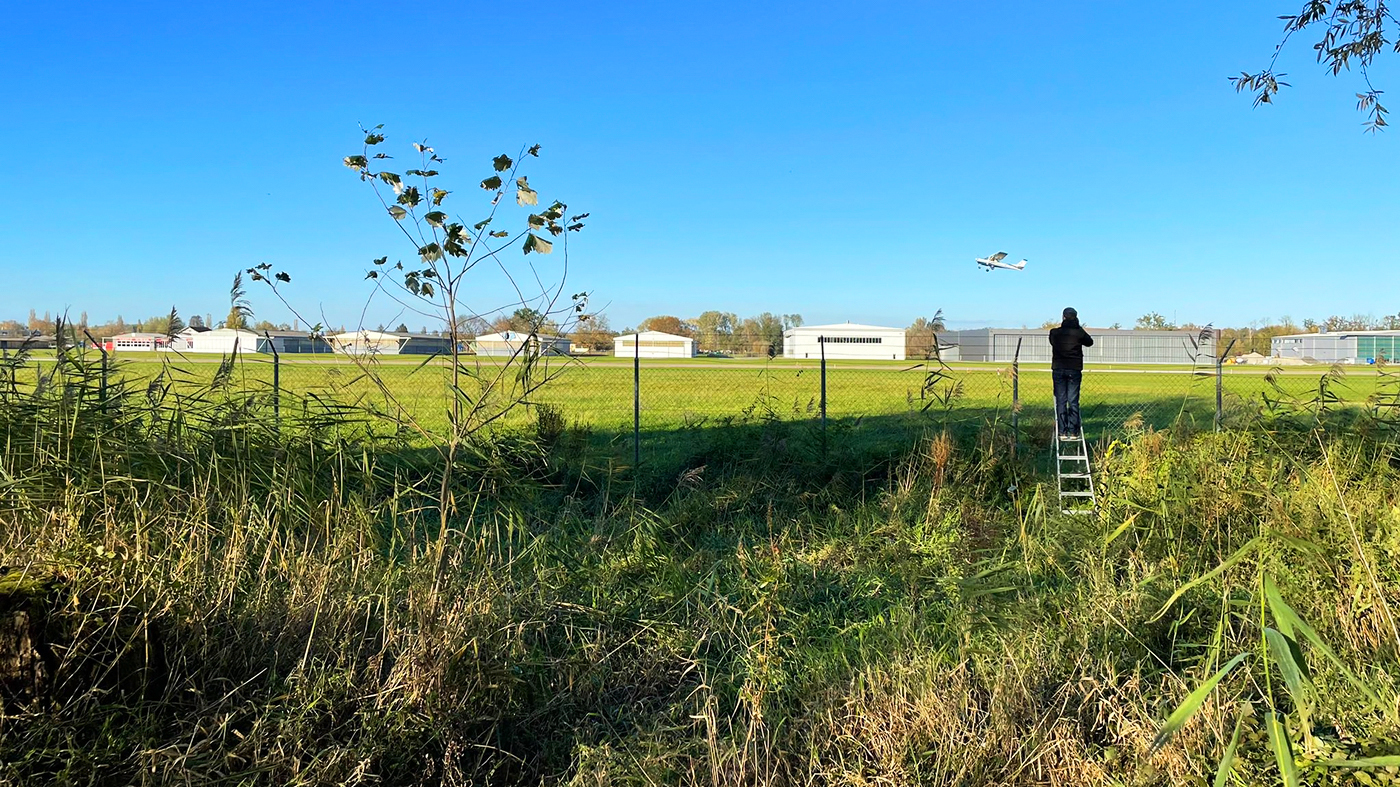 Been to Altenrhein on my way to Zürich and used the spot 6 at the parking bay. The problem is that this is mainly used by trucks and other parked cars (don’t know if they sleep their). So it’s sometimes not easy to find a good spot. I can imagine its not nice to stand close behind a truck while maybe someone is inside.

Also the vegetation is very wild and there is a small river between parking bay and fence. I only found some spots where no trees or reed was growing. But when you have a position you better also need a radio to know when they are coming as you are not seeing the flight path.
Maybe there is a point where to cross the “river” and get closer. But not sure where.

Just to keep you guys informed that you might have to search a bit. I also would prefer the spot 6 as there is more space. At spot 5 I could not find any gap between the trees and vegetation. Also this parking is smaller so its more difficult to walk between the trucks/cars.

Asking about Arbon Classics, will the Hawker Hunter and the Vampire take off here? Maybe also the Super Puma?
Has anyone some information regarding this event?

There are new airlines such as denim air and Helvetic airlines and new destinations like Colgne Ibiza Naples Menorca Memmingen and Friedrichshafen.

Thanks for the infos Alessandro

There are new destinations from St.Gallen Altenrhein such as Pula (Croatia) Palma de Mallorca (Spain) Preveza (Greece) Cagliari (Italy). Would be nice if you add these destinations on the Information.

Thanks for the infos. The guide has been updated.