Antalya airport (AYT/LTAI) is operated in Turkey’s primary holiday destination located on the country’s Mediterranean coast. The airport was built to accommodate the millions of passengers who come to Turkey’s Mediterranean beaches in summer. It handled almost 26 million passengers in 2017, more than 20 million of which were international passengers. The airport has two international terminals and one domestic terminal. Based on the projection from data from peak months, it currently has an estimated capacity of accommodating up to 45 million passengers/year, theoretically.

AYT has three runways. One is reserved for military and governmental aircraft. The two other are more interesting, as they are the two runways operating everyday to the other planes. There are many good photo spots for arrivals, but practically none for ground shots or departures. During our stay we did not have any issues with police or other authorities.

Antalya Airport is a hub for the Turkish carriers Turkish Airlines, Anadolujet, Corendon Airlines, Freebird Airlines, Pegasus Airlines, Tailwind and SunExpress. Other than that, the traffic consists of a lot of different airlines which are hard to see anywhere else in Europe besides Moscow. Antalya attracts a lot of airlines from Russia (iFly, Nordwind, Azur Air, Rossiya, Ural, etc.) and CIS-states.
Furthermore you will also see plenty of airlines from Poland (EnterAir), Czech Republic (Travel Service, Smartwings), Germany (Condor, Eurowings) and the UK (Jet2, Thomson). Other European (charter) airlines also operate less frequent services to the airport.

A useful tool for AYT is a mobile device (good prepaid fares available at turkcell. Buy your card before your trip and not in Turkey) with FR24 installed and a radio scanner as you never no which runway a flight will use. With a scanner (Antalya Upper Approach – 124.350 at 120ft or 119.65 later) you have enough time to switch your position as the ATC tells the pilot long time before the final approach which runway is to use (approx. 5-10 minutes). In those cases switching the runway for the occasional highlight can be quite rewarding. But of course you can also stick to one runway and you should still have a quite rewarding day.

The official Antalya Airport app for your mobile device is very helpful! You find a detailed schedule including the airline, aircraft type and even the registration! 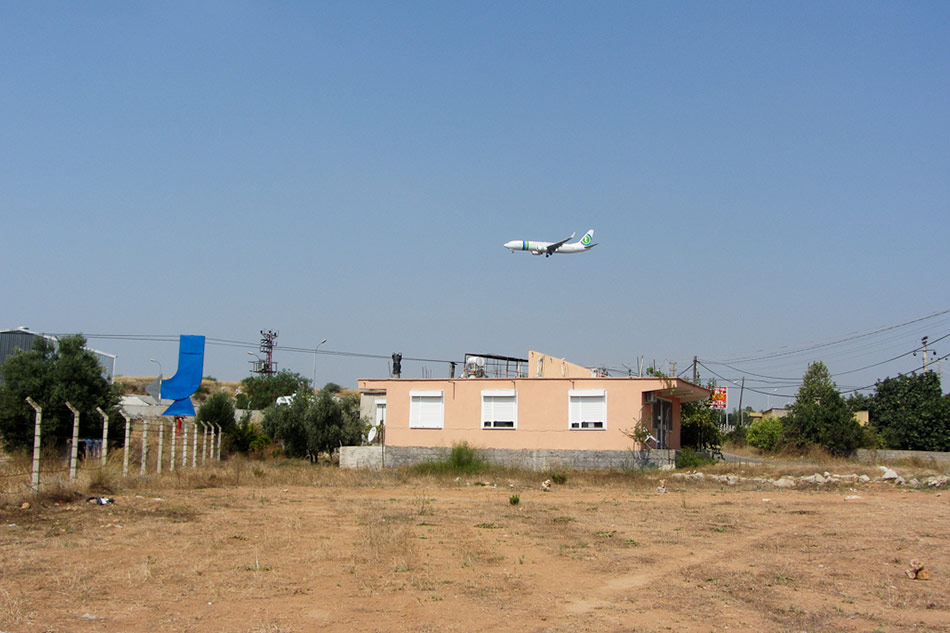 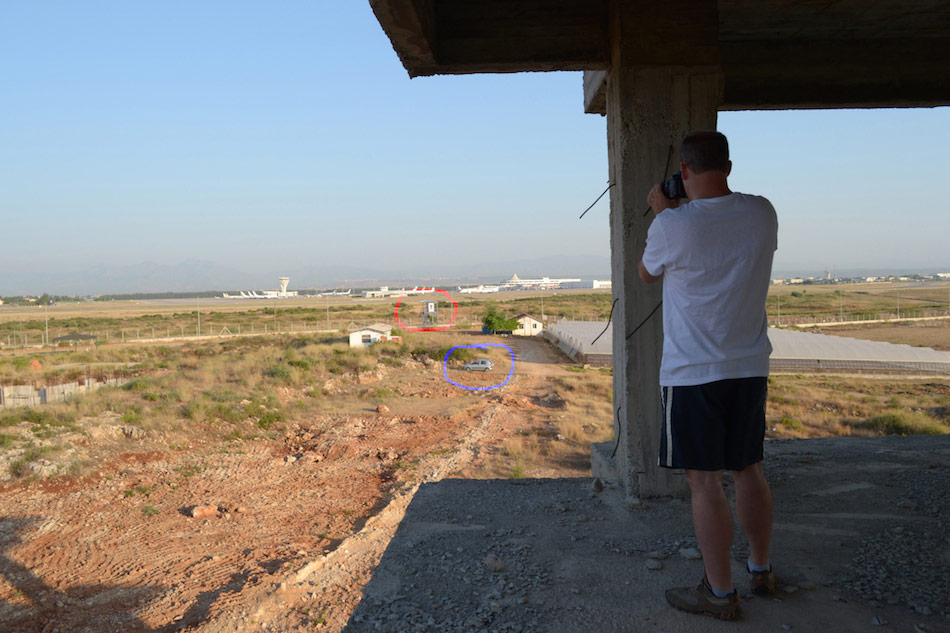 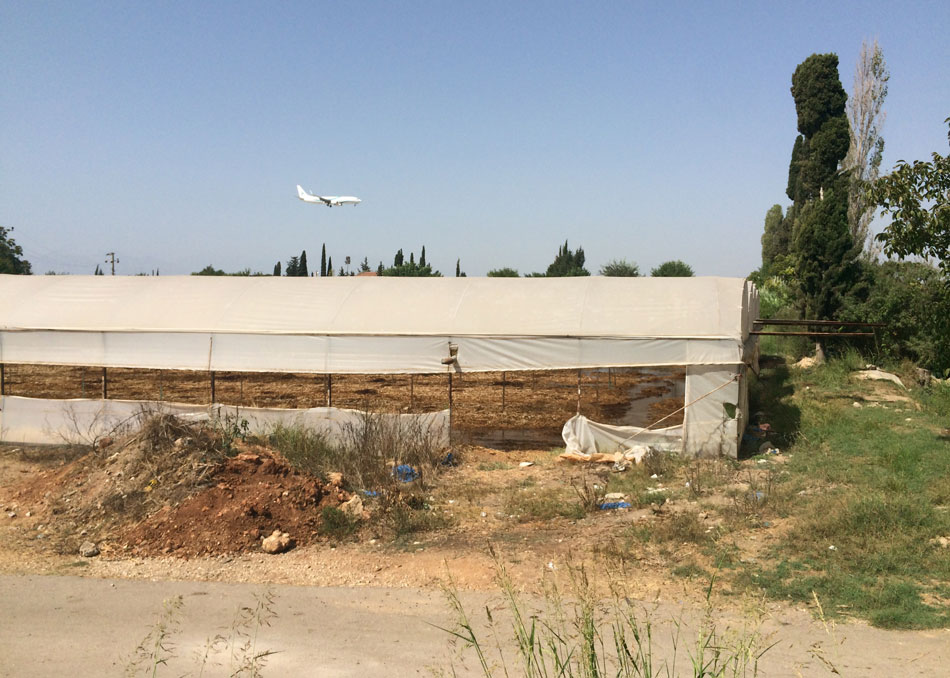 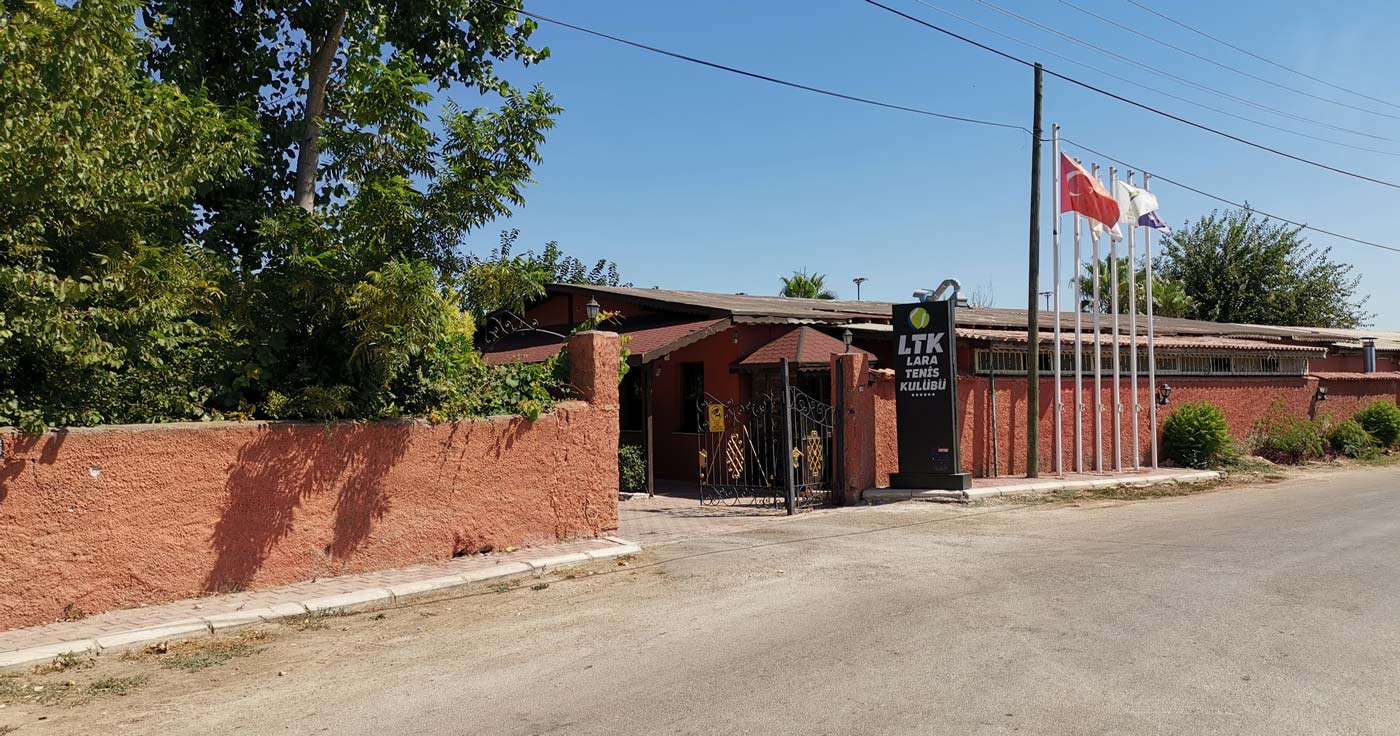 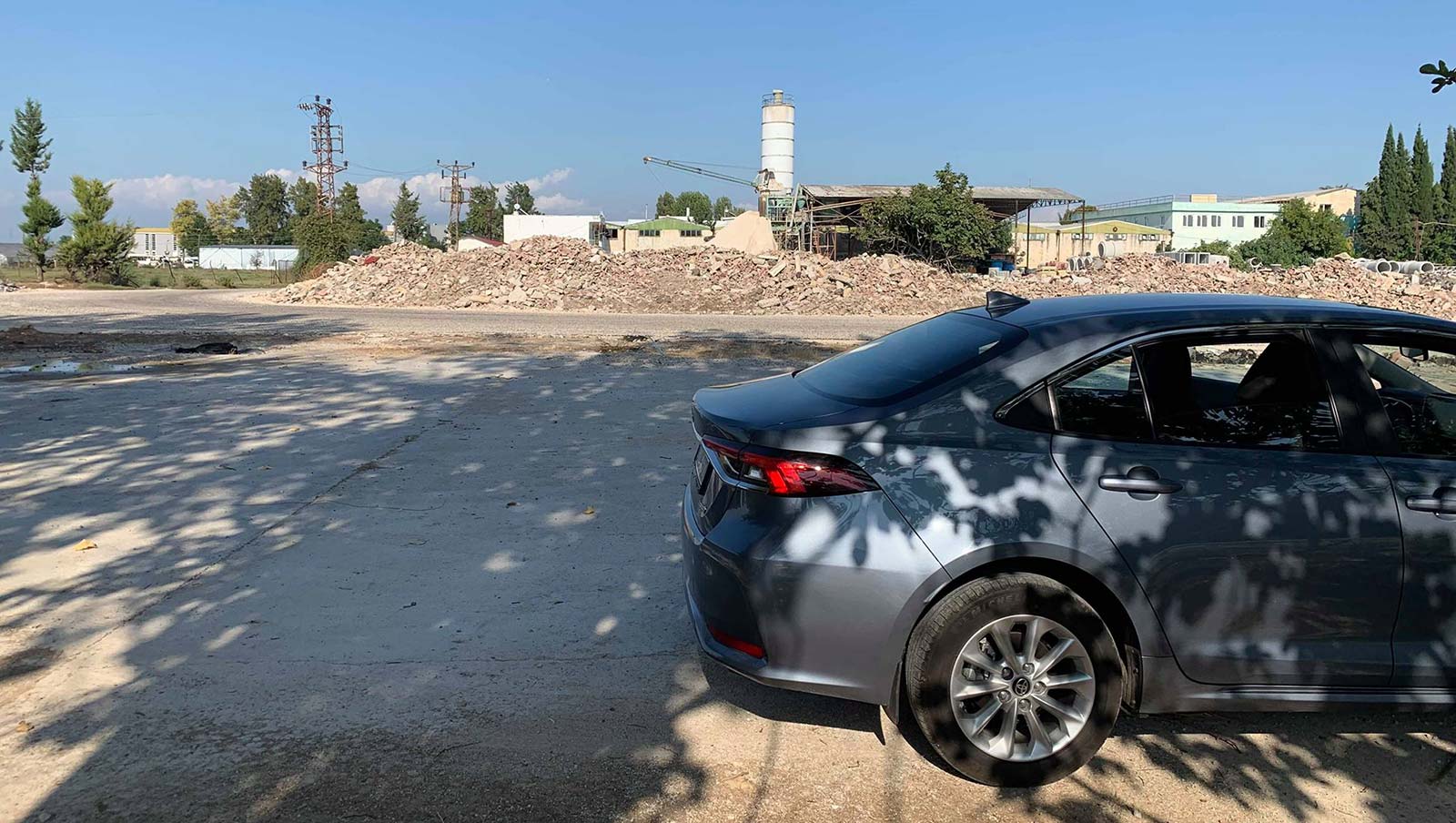 Pictures from the mosque:

Picturse from the gravel lot: 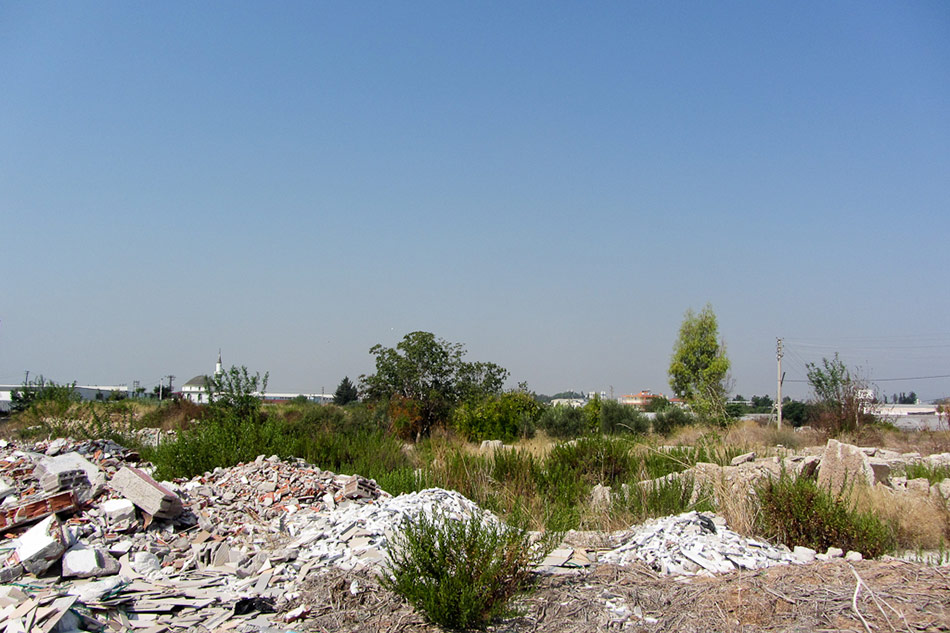 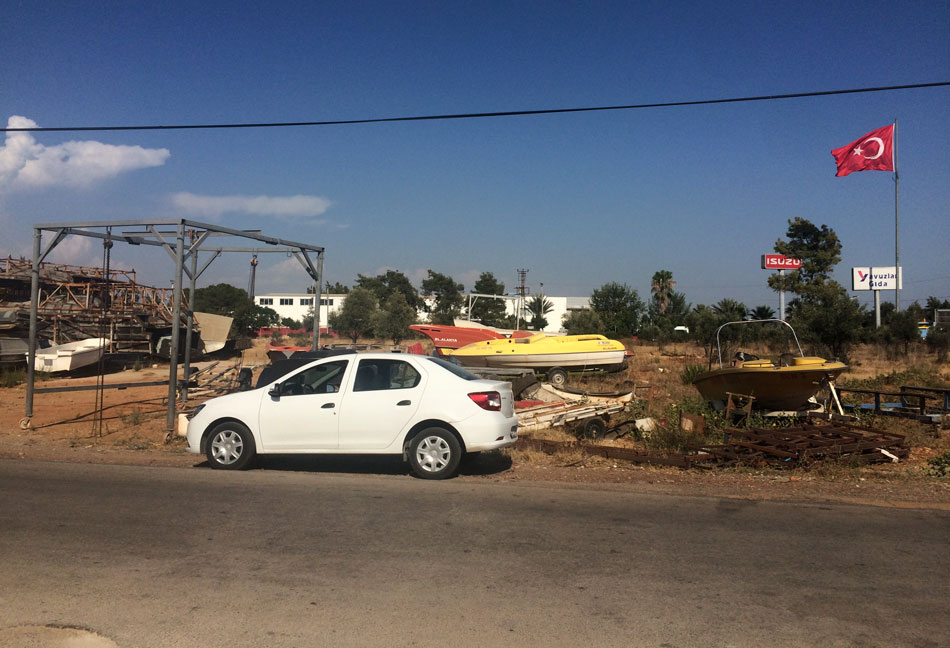 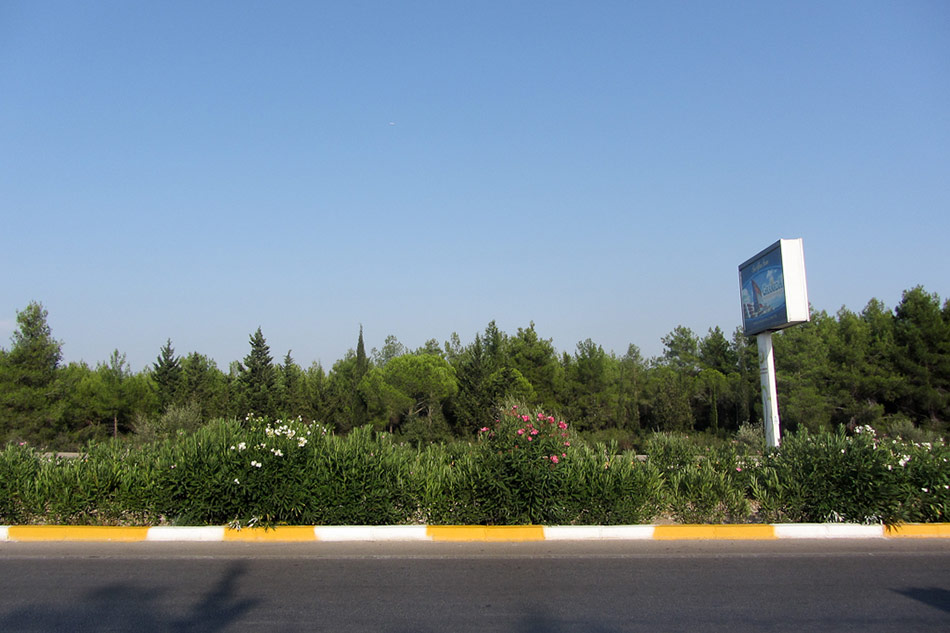 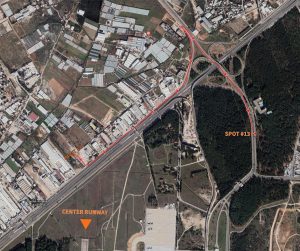 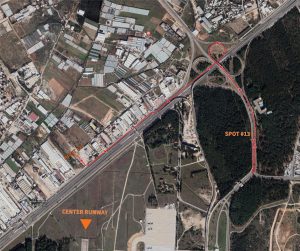 Location 14 only works for 36R departures. For 18L take off (except for very rare early takeoffs) and taxiway, this place is no longer available. It is no longer possible to take a clean photo here because of the growing trees. I wish everyone a pleasant and sunny shots.

Hi Mehmet, thanks for the info. Can you provide us some 36R departure photos please to support@spotterguide.net.
Julian

Firstly – thank you all for producing such a helpful guide – I would have been lost without it. I spent four days in Antalya without any problems what so ever. Spot 3 was perfect and such a nice breeze on the 6th floor. Spot 7 (the tennis club) was perfect as was spot 15 and 13. Spot 15 there is a new road where I parked up on the bend about 200 metres from the main road. I was completely confused by the logic or lack of regarding the arrival / departure runways in use. Sometimes they had dedicated arrival / departure runways and other times completely mixed traffic – this made for an interesting time.

Just a quick follow up referring spotting in AYT. Last Saturday (August 24th, 2019) I spent there several hours and didn’t have any problems neither with security nor with the police. I started the morning session at the tennis school (spot #7) and got few nice pics. I also talked to people from the tennis school and got an advice to stay near the car parking (behind tennis courts) as there are two pretty dangerous dogs running on a leash at the field behind the parking, so I bet that nobody wants the get in close contact with those fellows. In the afternoon I moved to spot #15 and got good shots, however the light was good from 1500hrs onwards.

Oh – btw – many thanks to Firat Cimenli for all the information provided just several days before my visit at AYT.

I am hearing mixed reports on photo opportunities at Antalya. Sometimes the Police are bothered, sometimes not! Also, spot #7 is no longer possible due to a new power line but this is subject to confirmation.

Hi, any information about the current situatuin in Antalya? Any problems with Police/Security at the spotting points?
Thanks
Arnd

We didn’t hear about any negative reports in the last weeks, but this might change from day to day in such countries.

Many spotters enjoyed AYT this summer. There is no problem as locals get familiar with spotters day by day.

Currently waiting to fly home from AYT and worth noting that us and other spotters have very difficult time with local police! The current situation seems to be that they do not want people photographing planes, the biggest problem has been locals constantly seeing us despite trying to be discreet and phoning the police, having said that we have photographed plenty in the last few days but you need to be constantly aware what is going on around you.

Hi Simon, thats not really new that locals call the police. Happend already some years ago. From which position are you talking about? I know at #8 there was a problem.
-Julian

Hi just came back from Antalya and was able to do a little spotting. Firstly spot #14 is hard to photograph at as the terminal is closed and many security personnel are about. They told me it was the fact that the terminal was closed but I am still pretty sure that if someone went there when it was open you would still be kicked out as you would pose a threat to passengers. I decided to go to spot #9 were I was able to remain undisturbed as it is quite isolated but I am quite sure that if we stayed much longer I would have been kicked out. Before my flight while driving down the perimeter road I found another spotting location which was 2 expo bridges which provided good views of the terminal and gave good views of take-offs on 36c and 36r and landings and line ups on 18c and 18r I was only able to stay there for half an hour due to the fact that I had to catch my flight. For that duration of time I stood behind the elevator out of sight of the security box situated in the centre of the bridge but this didn’t affect my views at all. Even though security have told me that it is not prohibited to take photos of aircraft in Turkey I would never spend a day out spotting their as security are strict and tend to move you on if they are suspicious. In my personal opinion the best place to spot at Antalya is the terminal as you get good vantage points. People on this site need to be reminded that spotting in Turkey is not as accepted as the UK, the USA and the rest of Europe. These terror attacks have played quite a role in this.

Terminal 2 is now reopened and Terminal 1 is closed for constructions. So Spot #14 should useable now.
Spot #9 is fine as we spent there 4 days and never saw a security.
We know spotters that were checked by the police and even had to went to the station but thereafter they were able to continue spotting.

Another good location for 36R arrivals is at the following coordinates, 36’52 09.57″N 30’48 31.83″E. There is an opening in the trees and buildings. A little local supermarket is nearby(for drinks). The main advantage of this spot is that you are not in sight of the authorities and the people who live here are very used to spotters.

Hi Jeremy, AYT is a great airport and also my favourite. However I am surprised you havent encountered any problems with the police, especially spot Nr.3 seems to me to be quite problematic, as the watching towers of the airport are situated every few hundred meters. I was visited by the police on another locations in the past two years, luckily I had a stamped permission to take photos (on the apron) so it worked well with them, however I dont know their reaction in case I wouldnt have that. Probably they would send me away and maybe come to visit the place again to check that I left. Officially, it is forbidden to photograph at Turkish airports and especially if it is also a military base, they are very sensitive about that. I suppose that maybe some stupid local inhabitants called the police in my case. They are very poor and they dont understand our hobby and anybody hanging around with expensive camera looks suspicious. Nevertheless, with some discrecy, AYT spotting can be done without bigger problems. The second thing which you havent mentioned in your article is, that the wind at AYT changes several times during the day and usually landings are from the south in the morning, then changing sometime during late morning or midday and changing again in the evening at around 19:00 hrs. Unfortunately, while in the past they seemed to use one runway for landings and one for departures (with some exceptions, like Transaero you mentioned), now it seems that they prefer a system of landings according to the terminal, so some portion of the traffic will be always lost.

Hi Peter, thanks for your comment. When I went with my father we didn’t know that spotting wasn’t allowed. We know that there were a Military Base and some security towers so we stayed careful. We didn’t have any problems with people and police hopefully.

I will mentioned that spotting is not allowed in AYT and to be careful about police and people.

For the wind, you are reason, I missed to mentioned that thing.

Thank you very much to correct me and add some informations about AYT.