Located in the North of Portugal, Porto (OPO/LPPR) is the country’s second biggest city (after the capital Lisbon) with around 2 million people living in its metropolitan area. Furthermore, Porto has got a huge area of influence, attracting a lot of market from Galicia due to great accessibility from the northwest of the Iberian Peninsula, as well as because of the very much bigger offer in terms of airlines and nonstop destinations.

Porto is the 2nd busiest airport in Portugal, nowadays handling more than 13 Million passengers per year, therefore being 3 times bigger than the 3 galician airports (Santiago + A Coruña + Vigo) combined in the same period. It is a hub for Portugal’s flagship airline TAP Air Portugal and 3 other based airlines, Ryanair, Easy Jet and Transavia.

Even though TAP is the busiest airline in terms of movements, Ryanair is the leading airline in terms of passenger numbers. TAP operates a daily long-haul flight with an Airbus A330-900 Neo to Sao Paulo and Rio de Janeiro, also operating a daily flight (except on Tuesdays) with the A321neoLR to Newark. TAP’s intra-European and domestic flights are flown by aircrafts of the A320 family and by the E190 of TAP Express.

Freighters are sadly most likely to operate in the night hours. On weekdays, Star Air (on behalf of UPS) performs brief-stops to (un)load cargo on its route from Cologne to Lisbon in the early morning and returns in the evening on the opposite route. DHL (EAT Leipzig) brings an Airbus A300 on weekdays and European Air Transport brings a Boeing 757-200 in the afternoons from Tuesday to Thursday. TNT/ASL Airlines also perform a daily flight on weekdays with an early morning arrival and a late evening departure, staying all day on the ground. And Swiftair does more or less the same as ASL Airlines with their ATR42F/72F fleet (on Mondays there is a ferry flight leaving Porto to Lisbon in the afternoon).

On a non-regular basis, there are visits of small operators like Fleet Air International, Sprint Air, RAF-Avia among many others. Turkish Airlines Cargo recently added OPO to its list of cargo destinations with a weekly triangular flight (Istanbul-Madrid-Porto-Istanbul) on the 777F performing it on Sundays. Porto is also the airport in Portugal which receives the most visits of Russian/soviet aircraft like Antonov An-12, An-26, An-124, Ilyushin IL76TD, almost every time only for fuel stops but sometimes also for cargo charter duties. Like that, Boeing 747-400F are also very welcomed guests once in a while.

Even though Porto is not that interesting to visit comparing to other major European airports and despite the fact that there are no official spotting locations, it’s a very spotter-friendly airport and has plenty of good spots where you can catch all movements, no matter which runway is in use.

Google Maps is not up to date and the new taxiway is not shown! 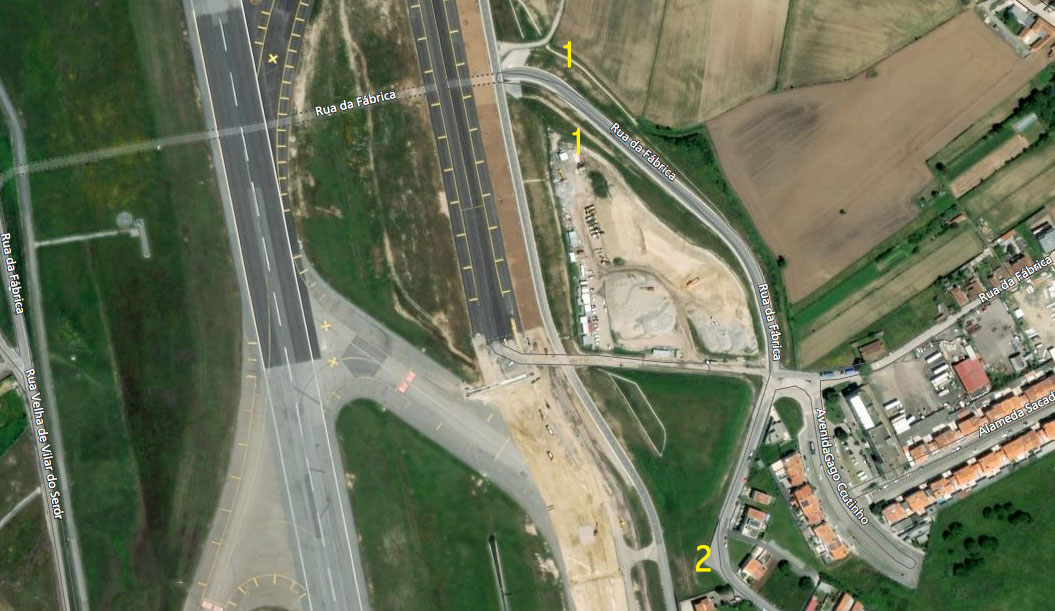 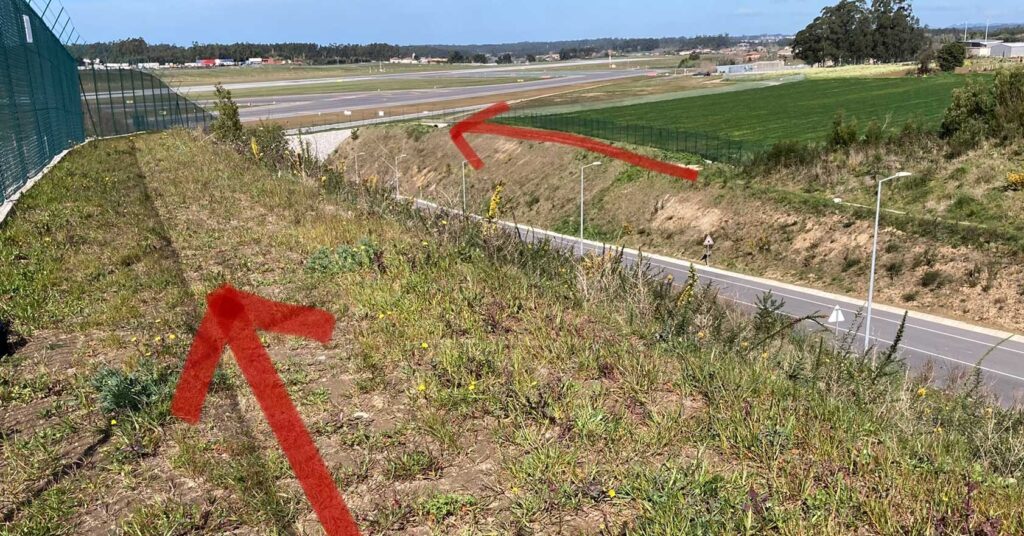 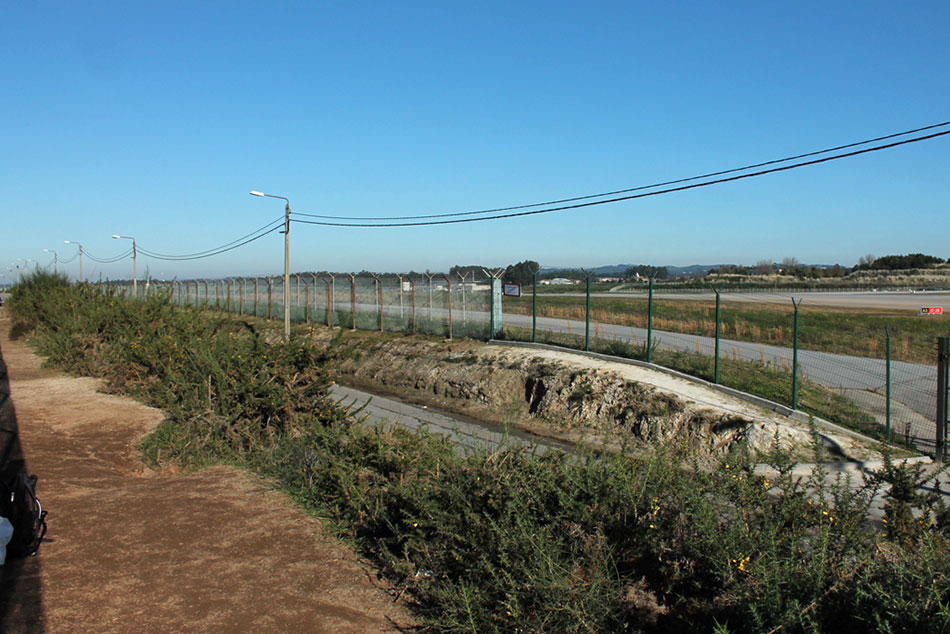 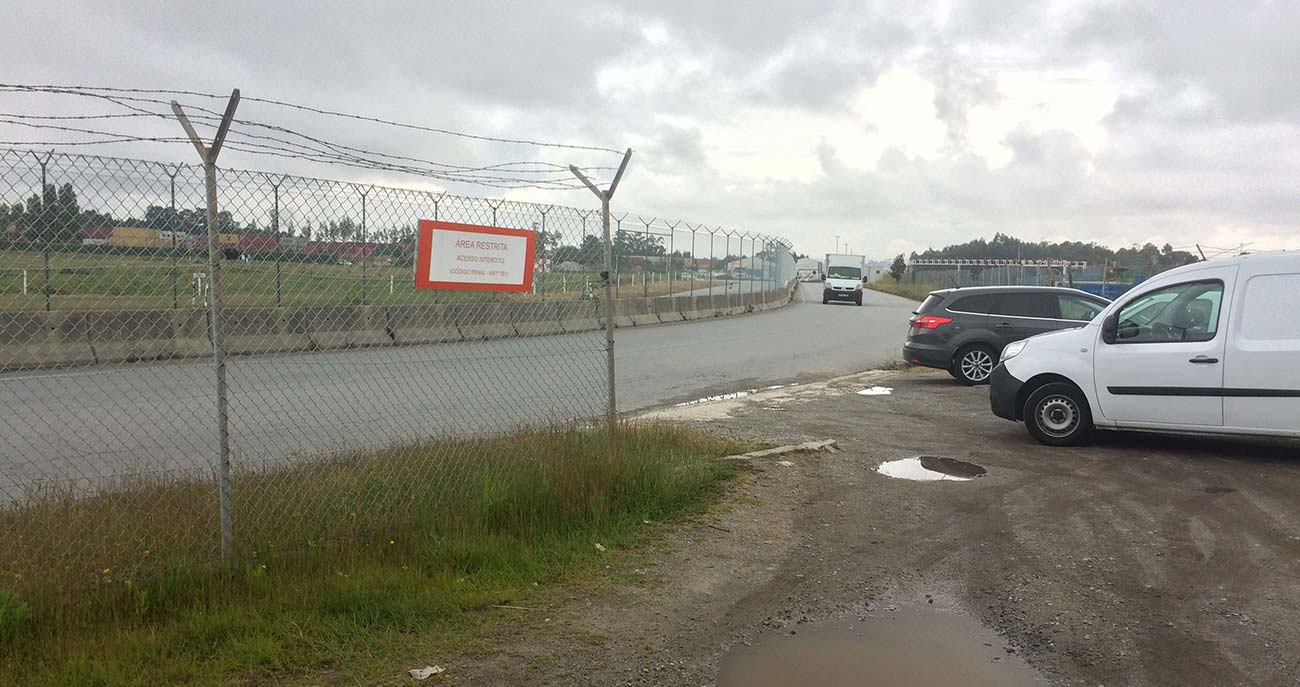 On the last shot you can see some people infront of the face – this is where the exact spot is loacted at:

There is a new spot a bit northern than the closed Rua da Fabrica one which I tested this September, feel free to contact me if you want to implent it into the guide.

That might happen, because the airport is a bit outside the city and maybe known under another village… It always depends on the programm!

Unfortunately, we just know those two spots at the moment, but within the next weeks we’ll publish a OPO guide with more than 15 spots, but I think this won’t help you right now… Sorry, we’re still working on it.
Of course we don’t like to suggest/recommend other guide-websites, but you can find three other guides in the www 😉
https://aircraftspotting.co.uk/planespotting-guides/portugal.php
https://www.airportspotting.com/spotting-porto-airport/
https://www.airportspotting.com/spotting-porto-airport/

Is the airport located in Porto or another city? Car-navigation (spottersite) does not find “”R. da Fabrica””. It would be nice to got the exact/proper
location/city.

Hi, yes the airport is in Porto, Portugal and is named “Aeroporto Francisco Sá Carneiro”. But I really don´t know what is your problem? Where do you wanna go exactly?

are the mentioned streetnames not recognizable by a car-navigationsystem. In the meantime I have found the sites by typing MAIA in stead of PORTO (as City). The above site has two plane-spotting sites. Do you know if there are more spotting-sites where to go to (photographing) without using a ladder?

Thanks for your replay.