The airport of Memmingen (EDJA/FMM) city is located in the south-western part of Bavaria close to highway A7 and A96 connecting many big german citys. The airport is also called “Allgaeu airport” after the region where it is situated. Main airlines are Ryanair and Wizzair. The airport itself was build in 1936 and also used during World War II. After that the US Air Force used it for training flights from 1956 till 1959. From that point till 2003 it was used as a base for the German Air Force Fightbomber squadron with their F-104 starfighters. In 2003 it was opened as regional commercial airport hence you still see till today the old shelters and old buildings from the army.

The airport offers today flights to 50 destinations during summer 2019 making a total of 22508 movements at the airport. The airport can handle around 2 million passengers and is currently handling 1,5 million (2018). In mid 2019 the airport closed for weeks to build a new, wider runway and do other constructions.
The main operators are Ryanair and Wizzair. Ryanair is operating Memmingen as a base with 2 planes and over 60 people working here. You also have lot of GA traffic and business jets. Best is to visit the airport homepage to be updated when the best variety is arriving.

Since 2018 the southern part is facing construction where the former shelters are. The shelters are still present but now used as storage or parts of companys. Also direct at the fenceline there will be a new industrial park called “Triebwerk”. The future of spot 5 is unknown and changing rapidly. Please be aware that situation changes and you may asked to leave and not enter the area. September 2021 there is a new fence line build so the former spot 5 on a rooftop is history. Also parking is very difficult. You can still take approach shots from one of the small hills and try to shoot line ups from the fence line.

As bonus you find here two gateguards open to public, they are marked on the spotter map.

No pictures available at the moment. Find a sample picture here 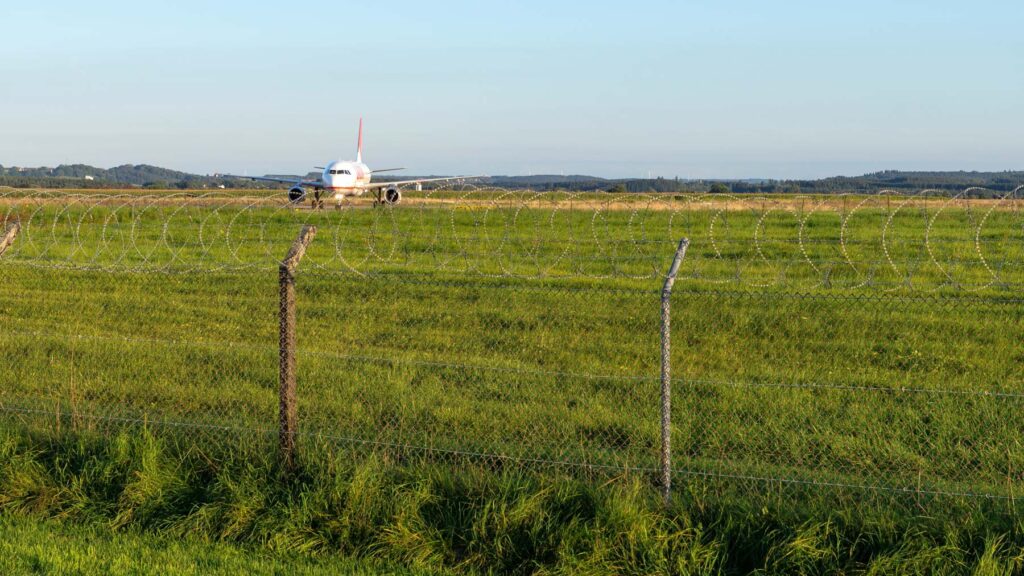