The airport is responsible for most International flights in Tokyo and you will see almost every popular carrier serving NRT. New Tokyo International Airport (RJAA / NRT), commonly known as Narita, was constructed in the 1970ies to take over international services from Haneda Airport. Up to now, Narita handles the majority of overseas operations out of the Tokyo-Yokohama region. Within the last years, the number of domestic services increased as well. NRT is located approx. 60 km northwest of Tokyo in the city of Narita in Chiba prefecture. As the road access is often congested you should calculate at least 1 hour of travel by car.

Japan’s second biggest airport is the international hub for both ANA and JAL. Other local operators include home carrier and ANA subsidiary Vanilla Air as well as Jetstar Japan, Peach and Spring Airlines Japan. The major carriers of the Far East serve the airport as well as various smaller Chinese and Korean operators. Long Haul operators include Air France, Alitalia, Austrian, British Airways, Finnair, KLM and SAS from Europe, Emirates, Qatar Airways, Etihad and Turkish Airlines from the Middle East as well as Aircalin, Air New Zealand, Qantas and Jetstar from Oceania. Most important carriers from the U.S. are Delta and United with many flights per day and several aircraft types to various destinations. American and Air Canada also serve NRT on a daily basis or even more often. Good weather is common at this airport, but during the hot summer months you sometimes have to face misty conditions or heat distortion.
Furthermore NRT is a big cargo airport served by ANA Cargo, Nippon Carg, FedEx, UPS, Polar (DHL), Air HongKong, Cathay Cargo and many more. View from the mound! You can see the disturbing fences from there. 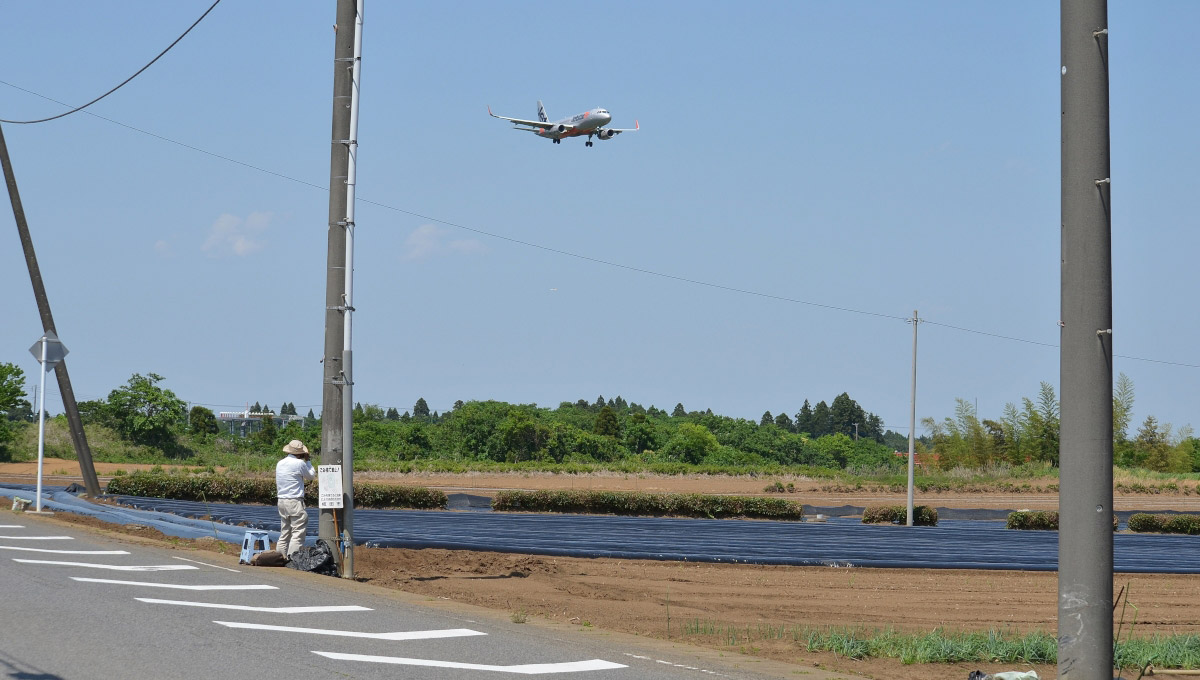 Sight from the ladder: