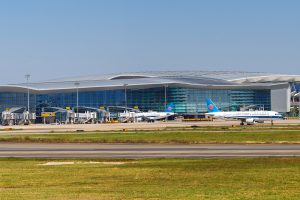 Guangzhou-Baiyun airport, serving a metropolis of 11 million of inhabitants, is the main airport of the Guandong province. The airport is the main hub of China Southern Airlines and a focus city for Shenzhen Airlines. “Baiyun” means “white clouds” in Chinese, and refers to Mount Baiyun near the airport. The airport opened on August 5, 2004, replacing the 72-year-old previous, identically named Guangzhou Baiyun International Airport (now closed). The new airport is 28 kilometers North-East from downtown Guangzhou. The airport is the hub – and so is dominated – by China Southern Airlines but keeps a good selections and variety of Chinese airlines and also a good international traffic. This a busy airport with a nice mix of traffic between widebodies and even relatively small aircraft like the ERJ-190 that are impossible to see, for example in Beijing, dominated instead by larger capacity aircraft. In the morning there is a large number of international flights with widebodies aircraft.

At Guangzhou you can see Shenzhen Airlines, Sichuan Airlines, Loong Air, Capital Al., Tianjing Al., Hainan Al. Chonqing Al., Sping, China United and others. The airport is located to the North-East of the big town and easily reachable with the efficient metro service. 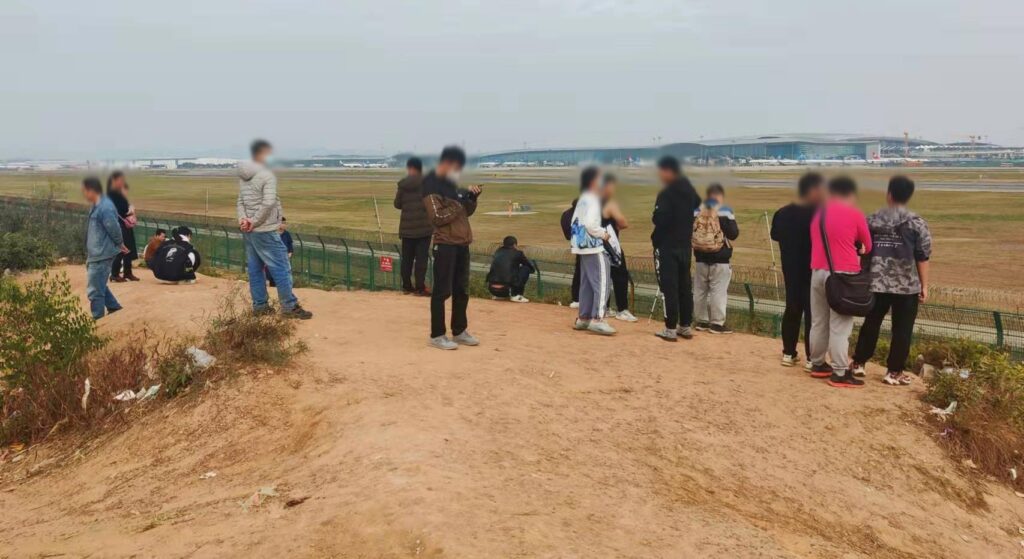 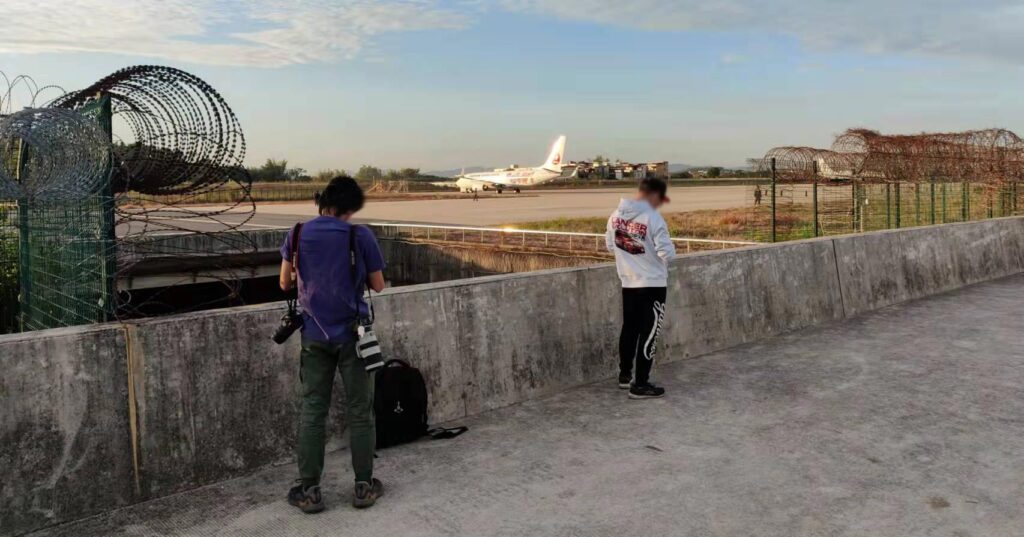 Hello, I have been to Baiyun on October 1st and have more bad news:

Hi Stefano, bad news indeed! I have left a note in the guide. Thanks for the update.
-Julian

Went today to the western side of the airport and surprisingly spots 5-7 are still accessable and existing even though they started grading the surrounding area for the new runway. The taxi driver dropped/picked me up right at spot 6. So no issues to cross the construction area. And the good news is that they already finished a new spotting hill which will be located at the western side of the future runway. From that hill one should have almost the same view like from spots 5-7 with Terminals and Tower as backdrop.

Hi Fabian, thanks for the update and good to hear that those are still available but I guess they are gone soon.
-Julian

Spot 6-1 is no longer available now.it was destructed due to the fourth runway construction.

Is taking photographs at Position 1 through glass?

No, it’s an open platform

If you are foreigners, contact local plane spotters before you go is a good choice. Friendly Guangzhou spotters would like to drive you there.