Queenstown Airport is located in Frankton, Otago, New Zealand, 8km (5 miles) east of the resort town of Queenstown which it serves. The airport handled over 2.1 million passengers in the year to the end of June 2018, a 13% increase on the previous year, making Queenstown the fourth busiest airport in New Zealand by passenger traffic and one of Australasia’s fastest growing airports. In terms of aircraft numbers, the same period saw a total of 41,769 movements, putting Queenstown in eighth place nationally.

With the stunning Remarkables mountain range as a backdrop, the airport also has a claim to fame as a visitor attraction, consistently being voted in the top five of the ‘World’s Most Scenic Airport Landings’, and winning the overall title in 2015. The airport is served by two crossing runways and it has a single level terminal building with nine gates.

The main scheduled operator is Air New Zealand/Air New Zealand Link with A320 and ATR72 aircraft, followed by Jetstar with A320s and Virgin Australia and Qantas both operating 737-800s. Domestic services operate to Auckland, Wellington and Christchurch and there are also international services to Sydney, Melbourne, Brisbane and Gold Coast on Australia’s east coast. The airport is also served by a number of locally based operators flying sightseeing trips, the most popular destinations being Milford Sound and Mount Cook. Queenstown is also the country’s busiest helicopter port. 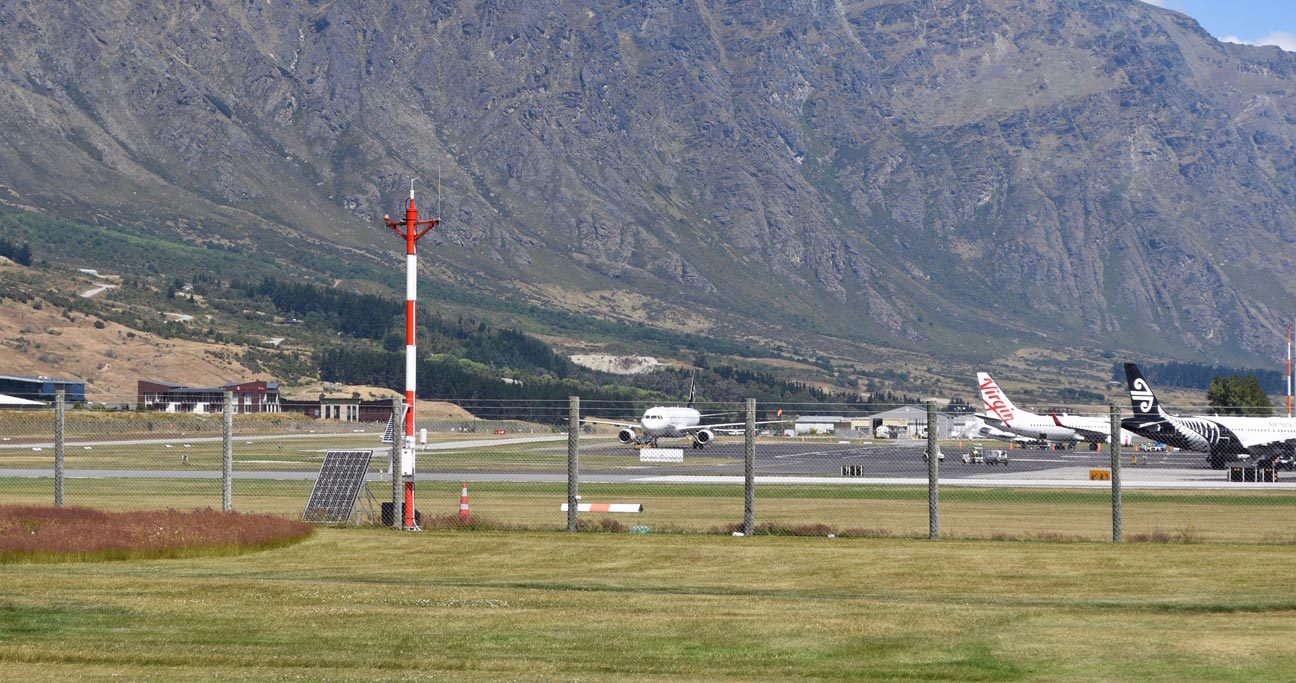 We can´t provide sample photos from this location. Please don´t hesitate to contact us if you have some.

Hey guys, there is no fence around Spot 1 anymore and it is completely accessible.

Hi Brock, you are right. I mixed that with #2. Spot 1 is still available!
-Julian

Hi Ben, is it an alternative to stay at Hawthorne Drive just opposite from 3?
-Julian

No that aswell has been fenced off I was able to get some GA photos from a couple of other places!

Went Does over the Queens holiday break for some Spotting

Spot 2 Is now impossible to get to as there is a recently built constuction yard, I ended up walking down the road climbing up on some old tar and spotting from there

Hey Ben, do you have the coordinates for us please so we can move that on the map.
Thanks, Julian