Gold Coast Airport (IATA: OOL/ICAO: YBCG) is an international airport situated at the southern end of the city of Gold Coast, Queensland and approximately 90km south of the Brisbane CBD. Although nearly all of the airport facilities are situated in the Queensland suburb of Bilinga, the end of runways 32 and 35, taxiway Delta, taxiway Kilo, taxiway Lima and the southern ends of taxiway Charlie and Echo are all technically in the New South Wales suburb of Tweed Heads. Despite this, all of the airport remains on Queensland time and does not conform to daylight savings, which occurs in New South Wales from October to April.

Gold Coast Airport welcomed approximately 6.5 million passengers in the 2017 calendar year, making it the sixth busiest airport in Australia, and continues to increase in passenger numbers and aircraft movements. Heavy construction works are being completed for the brand new passenger terminal and Rydges hotel, located south of the existing terminal.

The airport is serviced by most Australian carriers and is largely used by Virgin Australia and Jetstar Australia, with various other domestic routes operated by Qantas and Tigerair Australia. Seair Pacific also operates selected routes with their C208s and DHC-6s from the GA apron. International routes are also operated by Jetstar Australia, Virgin Australia, AirAsia X, Scoot and Air New Zealand which are all vital in maintaining the Gold Coast as an international tourist hub. Three flight schools; Air Gold Coast, Airways Aviation and Australian Wings Academy also operate out of Gold Coast Airport. This heavily increases daily GA movements with flight lessons occurring virtually always. Air Gold Coast also manage all major Cirrus maintenance, deliveries and logistics in the country. Private jets are also frequent visitors, with VIP visits ranging from a Cessna Citation to a private Boeing 787, most of which are handled by Global Jet International and Platinum Business Aviation Centre (PBAC).

The airport consists of a single passenger terminal, which has a dedicated international departures and arrivals section at the Northern end. Qantas Freight, Virgin Australia Cargo and Coast Cargo also have freight handling facilities at the airport, with all freight being transported in passenger aircraft, so you have no real chance of seeing cargo aircraft at the airport, unfortunately. In 2009, a desalination plant was also built directly next to the airport’s north-west perimeter. The control tower is open between 6am-11pm and thus there are no RPT movements outside of these times. Sunscreen is always highly recommended. 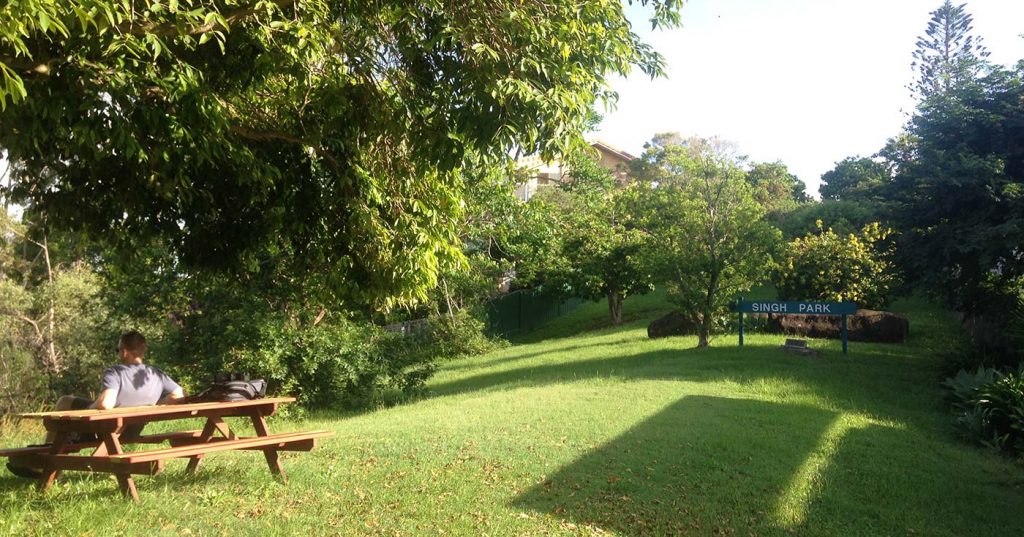 There is also another good place for spotting.

This is the rooftop bar at the Gold Coast Airport Hotel.

However, this location opens at 12pm on weekends and 3pm on weekdays.

But it is really good for aircraft taxiing off of Runway 14 in the after noon.

You can also get good photos of the RPT apron except for Bays 8-9 as they are being blocked by the new terminal.

Are you talking about the Rydges Airport Gold Coast Hotel?
I guess the problem is the late opening hour. You are facing the sun when they have opened the doors.
-Julian

Saw a ttailed four engined medium sized airliner land at Gold Coast airport at around 5am today but can’t identify the type Any ideas?

Hi Nikko,
Since late last year Cobham have started night freight runs with a Bae146. Usually VH-NJZ, VH-NJI or VH-NJM. Generally the aircraft will depart at about 2100L and fly OOL-SYD-MEL-SYD-OOL, getting back in at around 0430L, however, you can imagine how many delays that they might encounter with this many airports to deliver a full plane of mail/freight to, so often the aircraft arrives back into OOL between 0500-0700, depending on the severity of delays. I’m planning on updating the guide with information on this.