Toulouse-Blagnac Airport (TLS/LFBO) is situated in southern France and only a short hop away from the wonderful city of Toulouse. The lovely southern-French city is not just a destination for many northern African carriers, it’s also home of Airbus and ATR. Astonishingly large hangars, filled with masses of brand-new Airbuses and new Prop-liner are all along the airport.

A variety like it is only at Toulouse! Some parts are every now and then brought by a huge freight aircraft so for a surprise is always catered! Talking of freight jets bringing parts, there is the massive and unique Airbus Beluga which is in service 365 days in a year!

Toulouse is France’s fourth busiest airport with a total of nearly 9,2 Mio. passengers by 2017. The airport offers two runways which are slightly displaced. EasyJet clearly dominates the Low-Cost traffic if not the entire traffic at Toulouse by linking the southern-french city with the capital or surrounding cities as well as the UK and Italy. By visiting Toulouse, you’ll be welcomed by an exotic mix of airlines from all over the world! 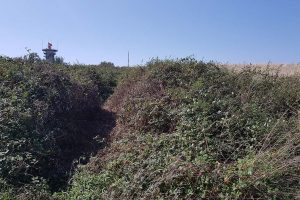 Way up from parking. 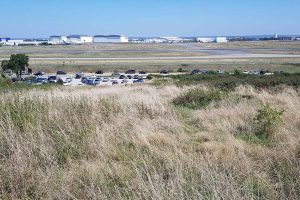 View of the runway/taxiway (car parking below) 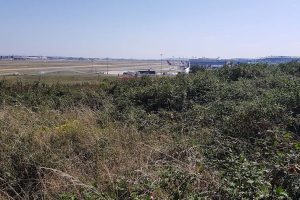 View to the right