Hong Kong International Airport (HKG/VHHH) also known as Chek Lap Kok Airport is located 25 km west of Hong Kong Central on an artificial island close to Lantau Island. It can be easily reached by car from motorway 8. From the city the Airport Express is riding every 10 minutes and takes around 25 minutes (100 HKD). Several public lines connecting the airport with nearly every part of the city, the fares are lower than the Airport Express. Additionally ferries are going to Macao and China Mainland.

Nearly all major world airlines can be seen in HKG, as well as numerous Asian carriers. The airport has two terminals which are seen on the apron as one. Terminal 2 is only equipped with check-in desks but no gates. All aircraft are handled at Terminal 1 with it’s main building and the two concourses (North Satellite and Midfield)

You can check the flight schedule for passenger and cargo flights on hongkongairport.com. The airport operates 24 hours, so some special visitors may move in the dark only.

The current two runway system might be extended in the future by a 3rd runway. Also around the airport a lot of construction is ongoing. The bridge to Macao and other building sites can obstruct spotters. 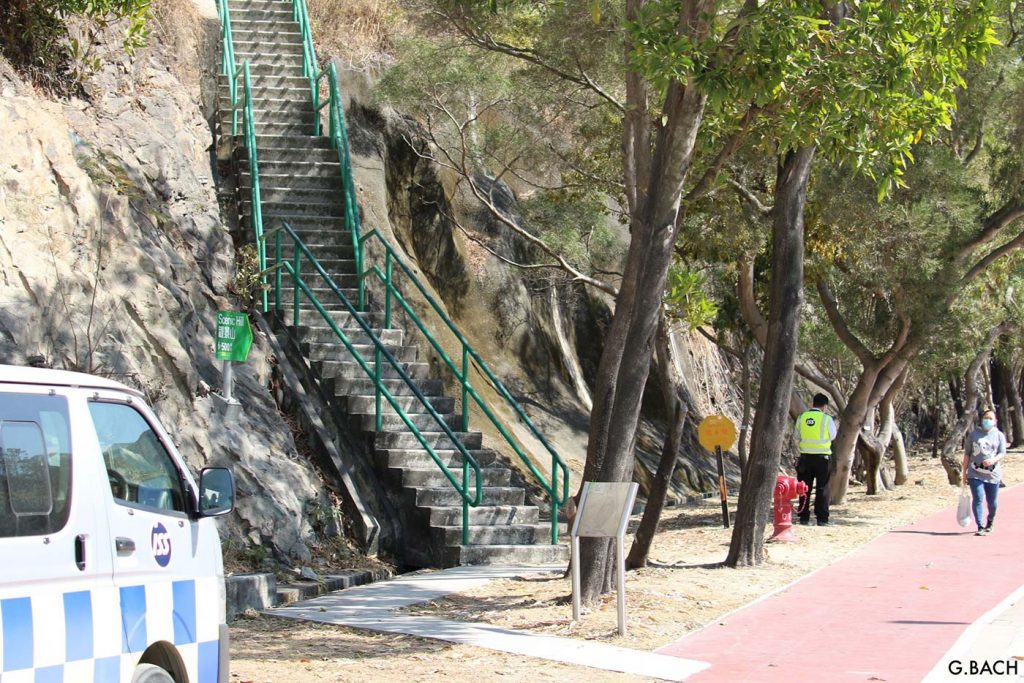 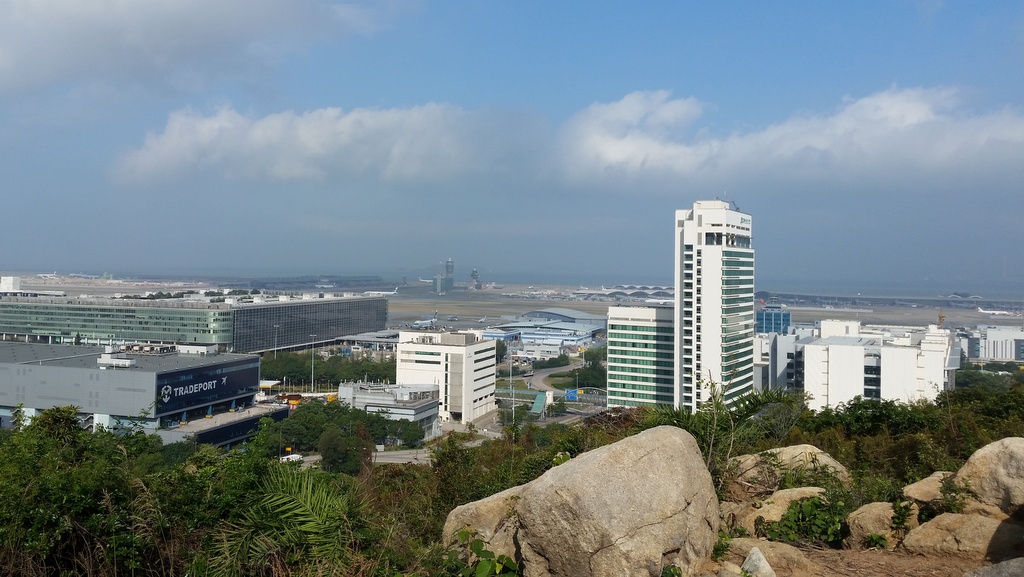 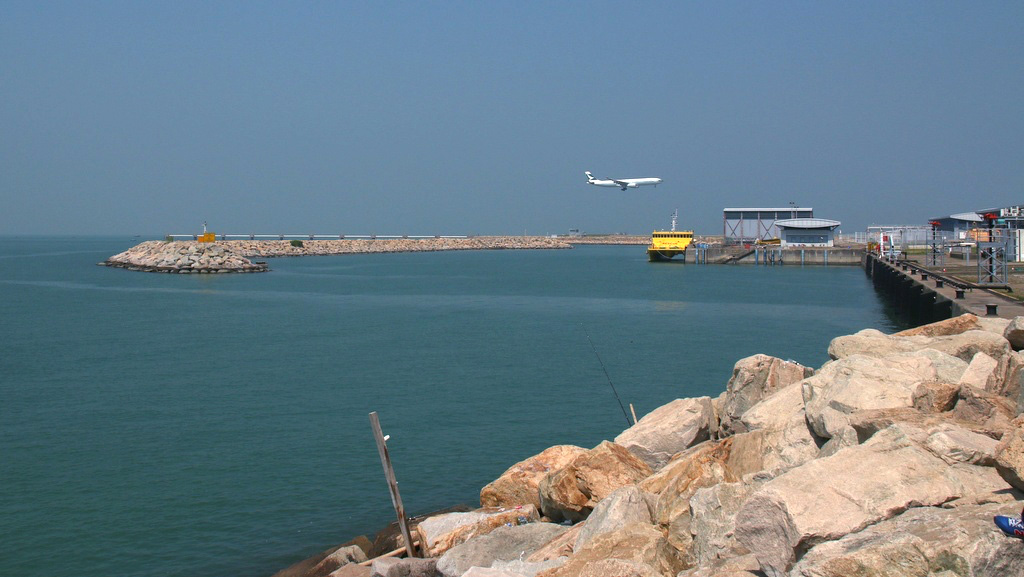 View of the village where the journey begins. 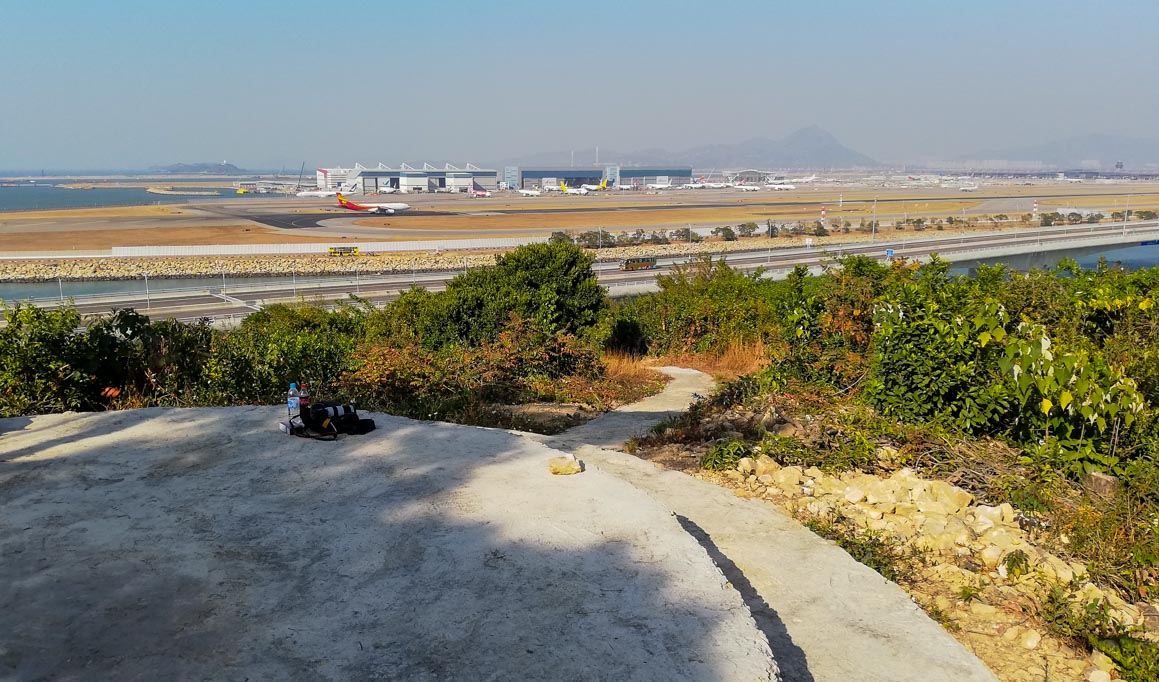 Samples taken from the room: 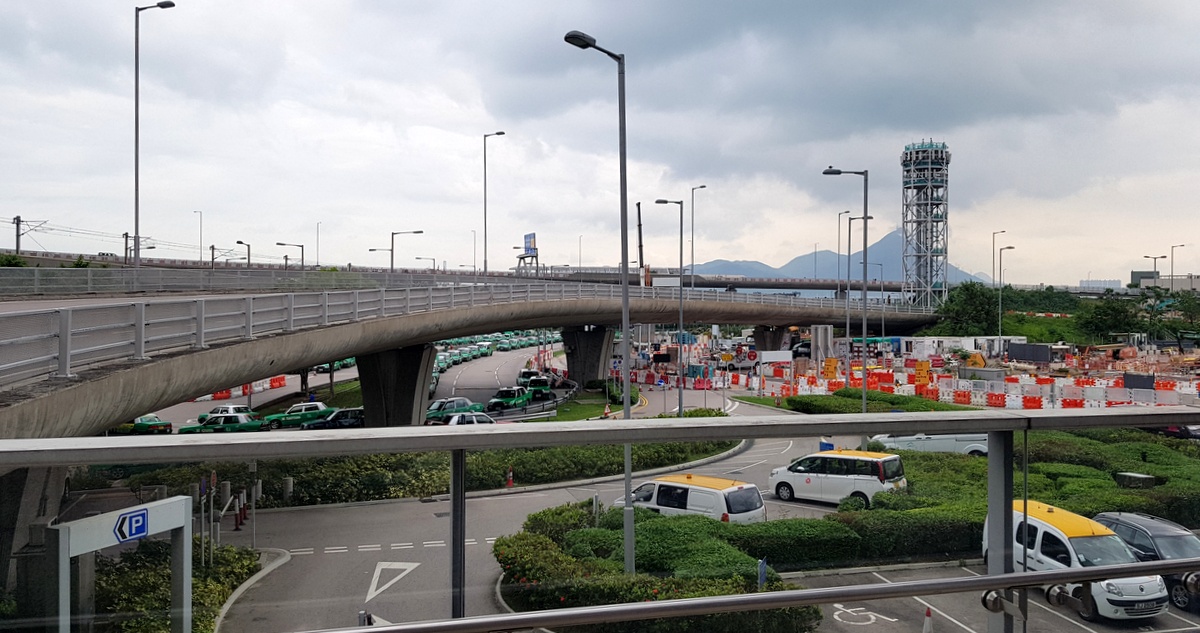 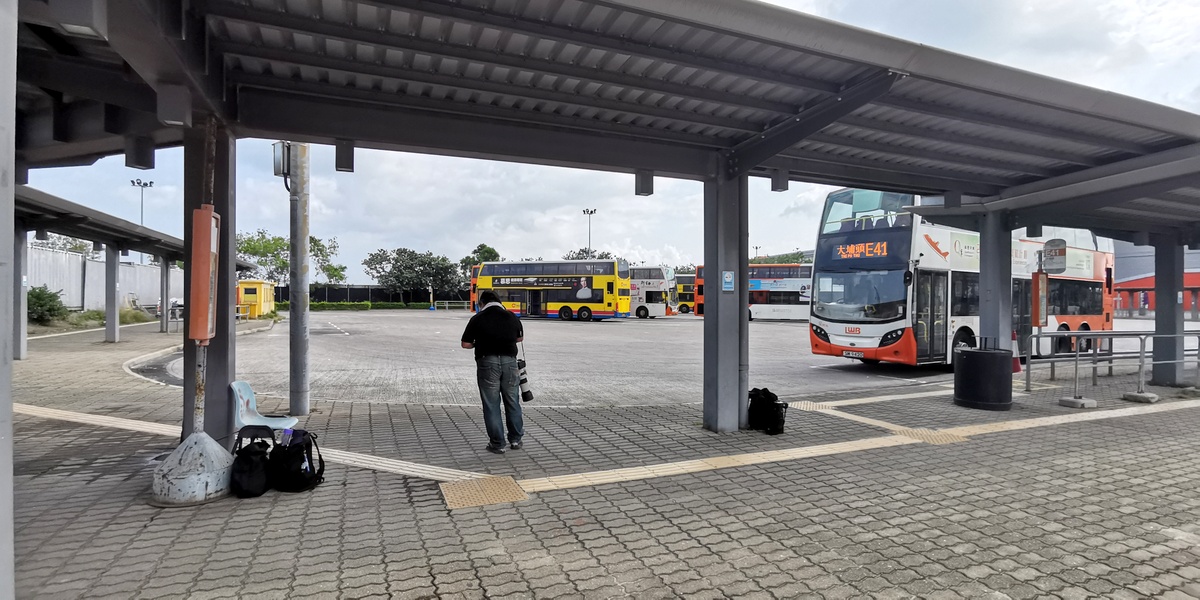 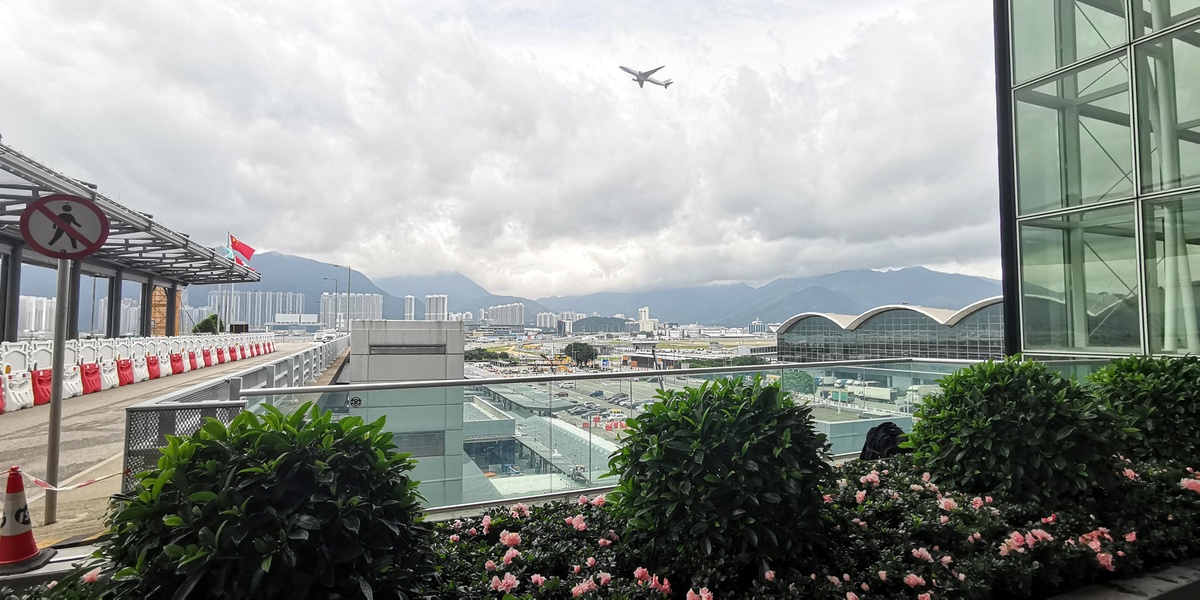 Sight from the footbridge below the road. 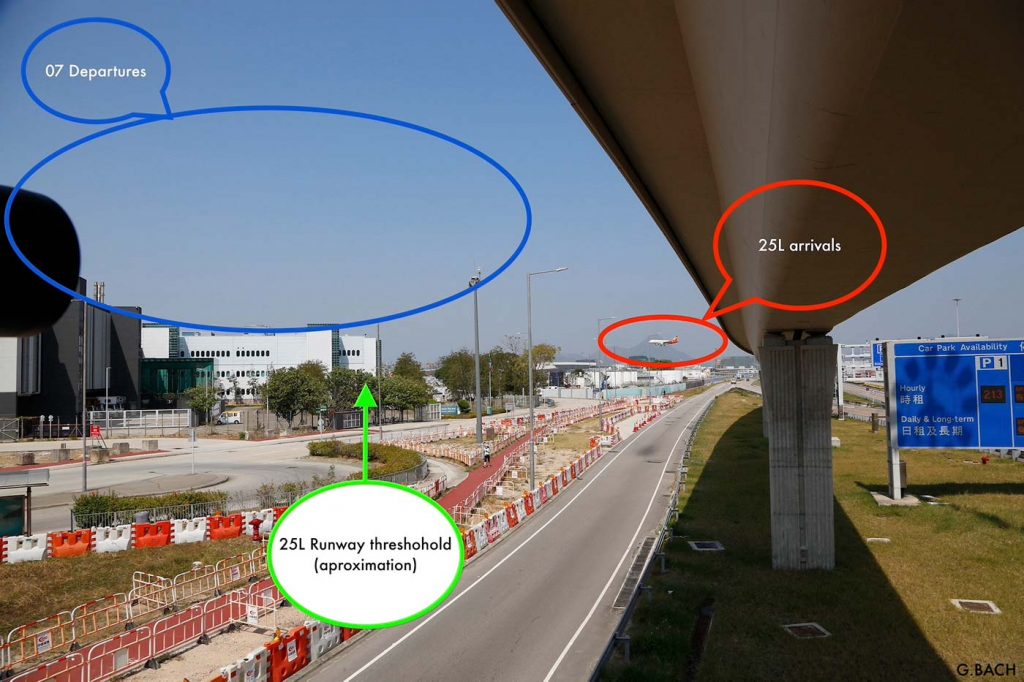 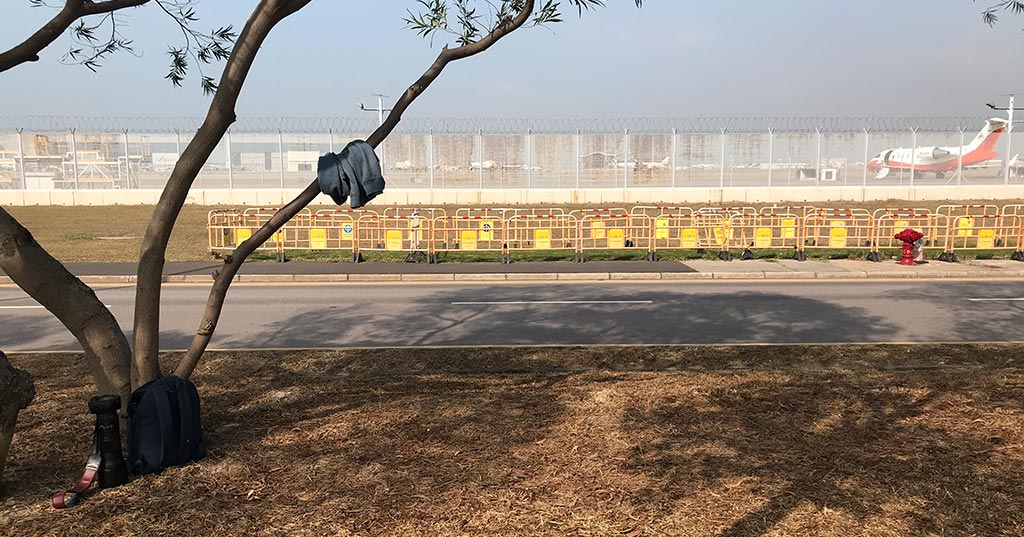 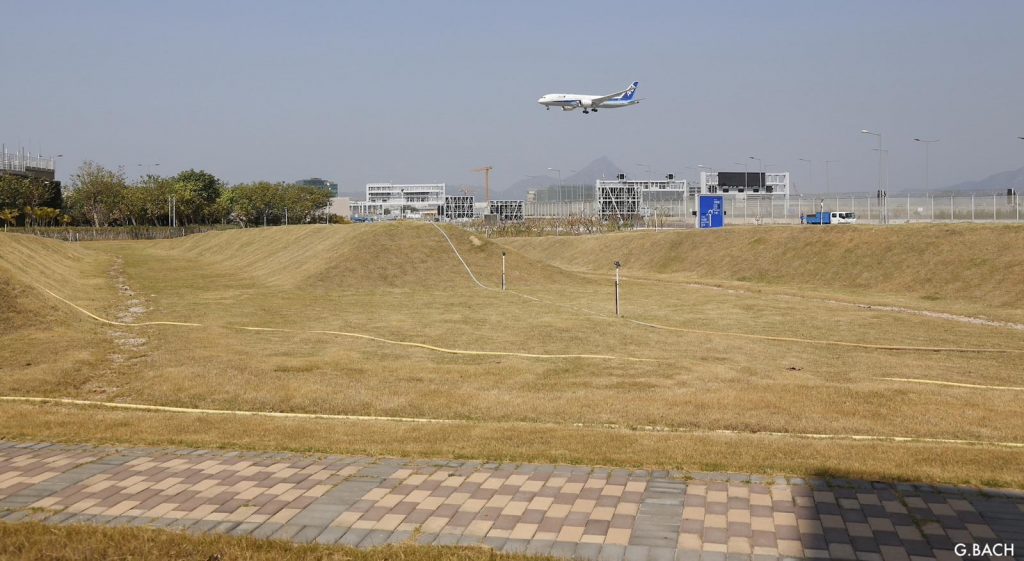 For spot 13, I think bus E22 to Catering Road appears to be the better choice as bus S1 to CAD requires a longer walk that would require walking in a big circle .. just checked on Google maps. The E22 bus stop appears to be right in front of the stairway that takes you up to the road.

Can anyone help confirm this (if you’ve been recently)

Yes. The Catering Road bus stop is best for Spot 13. Bus S64 from Tung Chung Station (or Airport Terminal) stops here and is the best option. If coming from Tung Chung, the S64 stop is pretty much next to the S1. The E22 and a few other buses serving the city also stop here, as you mentioned.

Hello, I would like to ask if it is possible to set up a tripod for shooting point 8？

Yes, it is. Do be aware though the spot is infested with bugs, bees, spiders and snakes.

Point 5 has been blocked off by Sha Lo Wan villagers yet again.

Hi Timmy. Is there a reason that the spot is blocked? Hope this will change soon!
-Julian

Sha Lo Wan used to be very popular with hikers and plane spotters, but the local villagers were tired of having to deal with visitors so they (illegally) blocked access to the village. This has been going on for quite a while, at an on and off interval. They reopened the village during September and early October this year, but access has since been blocked once again. The other Sha Lo Wan spot remains accessible since it doesn’t require entry to the village.

Hello , any recommendations for 25L landings? Anyone tried shooting from gate house number 2 which is near car park 1…? Thanks in advance ….

Spot 12 or 13 will be a good one for 25L landings. I haven’t tried to spot from Gate House but I have tried to shoot from a small path next to 25L, and that’s work pretty well too. Wish that work for you as well!