Jundiaí (IATA: QDV-ICAO: SBJD) is located 57 kilometers from the city of São Paulo, has 410,000 inhabitants, the city has many colleges and is an important industrial and commercial center of the region. Here is located the airport Comte Rolim Adolfo Amaro  (the name is named after the founder of TAM Airlines) because it is very close to São Paulo has a very busy airport in general and executive aviation. At this airport are maintenance centers and schools of avionics of the most important of the country. Here is the largest maintenance hangar for South American executive jets, the TAM executive jets.

In 2015 there was a movement of 81,000 landings and departures at the only runway of 1400 meters. The airport does not have schedule flights and it is operated exclusively by maintenance companies, executive jets and general aviation aircraft.

There is an intense movement of landings and takeoffs of small training airplanes (Cessna 150,152, 172, Seneca, Cirrus etc) because the airport has several private pilot schools. 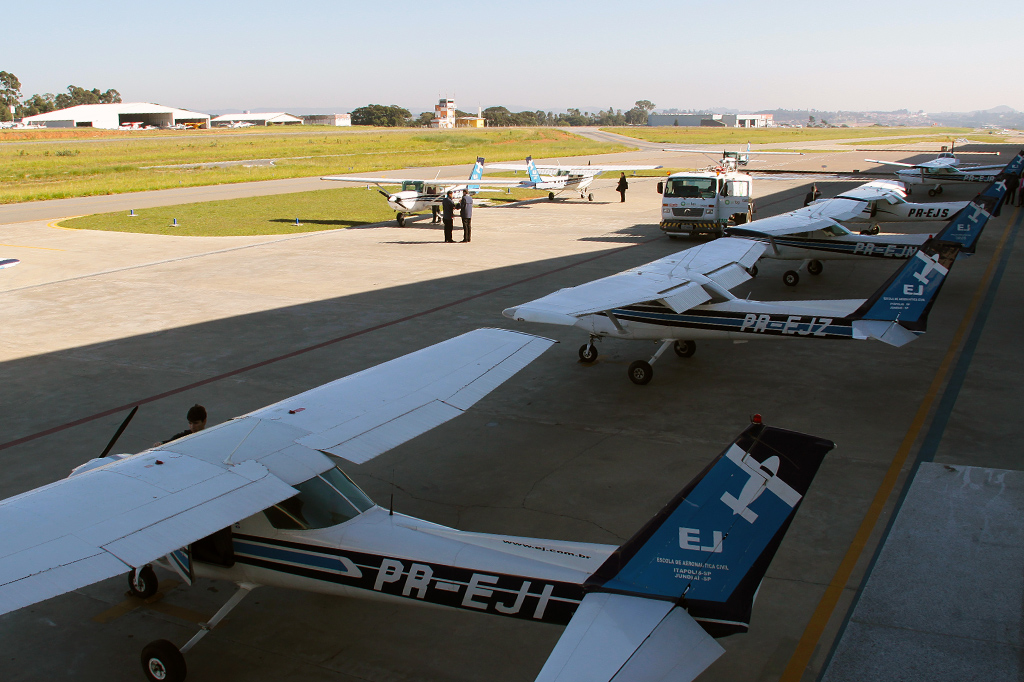