Curitiba is the largest city in the south of Brazil and today it has 3 million inhabitants in its metropolitan area. There is the international airport Afonso Pena (CWB-SBCT) and a small airport Bacacheri (BFH-SBBI) for regional aviation. The Airport Afonso Pena is what we are going to treat here: Its name is a tribute to an important Brazilian politician, the airport moves today something around 200 landings and departures per day. The main airlines that operate here are GOL, LATAM and AZUL, with some international operators such as Aerolineas Argentinas, Paranair (Paraguay) and Cargolux. In the year 2017 the airport handled 7.5 million passengers and 35 thousand landings and takeoffs beyond 50 thousand tons of cargo.

The places to photograph are good and most time of the year the sun appears also. Most movements are domestic flights, emphasizing the Airbus A320, Boeing 737 , ATRs and the Embraer of  AZUL airlines. Widebodies are rare here, with Boeing 747 from Cargolux that appear every week in addition to charter flights when using Boeing 767 freighters. Lufthansa also attends here with the MD-11F and the airport is the home of Sideral Airlines, that currently has 15 boeing 737-300 and 400 freighters.

The two main points of spotting are: one from inside the airport, which the spotters dubbed “Aquario” and Rui Barbosa Avenue.

This guide was only possible with the help of friends and spotters Paulo Joao Pianaro and Matheus Netto de Lima. Many thanks to these noble friends. 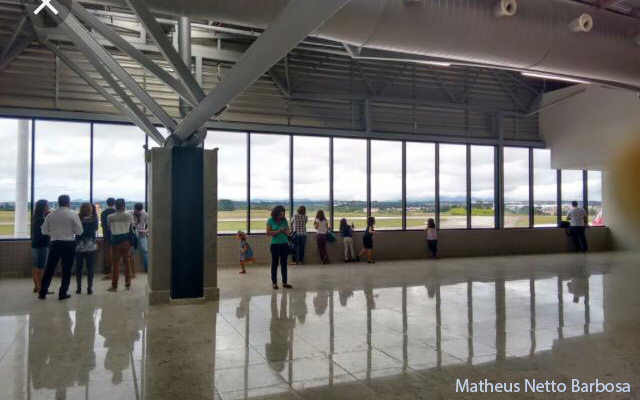