The production of the whole A320 family takes place at the Airbus airport. If you are hunting for rare liveries from Asia, America or everywhere else from this planet, this is your place to be! Hamburg-Finkenwerder Airport is the exclusive airport for the Airbus production plant in Finkenwerder. It has been one of the major Airbus facilities since the company started production in the 1970ies. Since the inaugural flight of A321 in 1993, there is also a final assembly line for Airbus narrowbodies.

It is mostly interesting for its test flights and deliveries of newly produced aircraft for customers all around the world. But you will also see the Airbus Beluga aircraft, which is used as a transporter between the different Airbus production plants in France, Spain, Great Britain and Germany. Sometimes you will also see business jets or light airplanes.

The first thing to know about this airport is that you can never be certain about any movement. There are days where you can see a couple of highlights in a few hours, but there are also days where you will wait for hours for a highlight or any movement at all. Try to visit the airport on a workday, as the traffic on the weekend is much smaller. While there is basically no traffic on Sunday at all, the Saturday can have just a few movements (sometimes deliveries). Other periods with less traffic are the school holidays, because production is often slowed down a little bit.

Usually the traffic does not start before 9 AM, so coming here earlier would not be worth it. But sometimes the traffic can also start at 10/11 AM or even later on slow days.

Still Hamburg-Finkenwerder is always worth a visit, because some highlights and rare liveries will be extremely hard to catch after they are delivered to some remote or spotter unfriendly home countries. 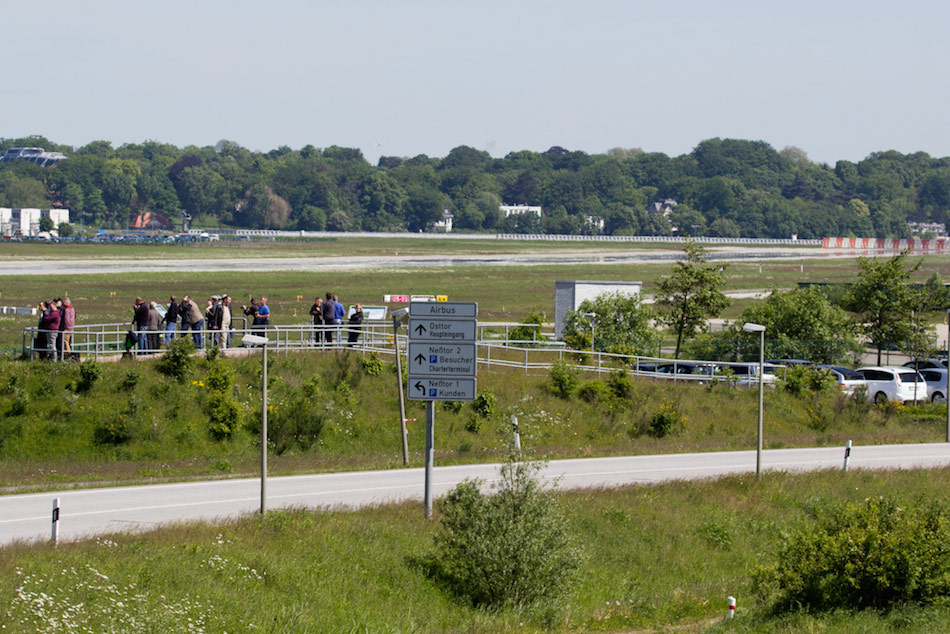 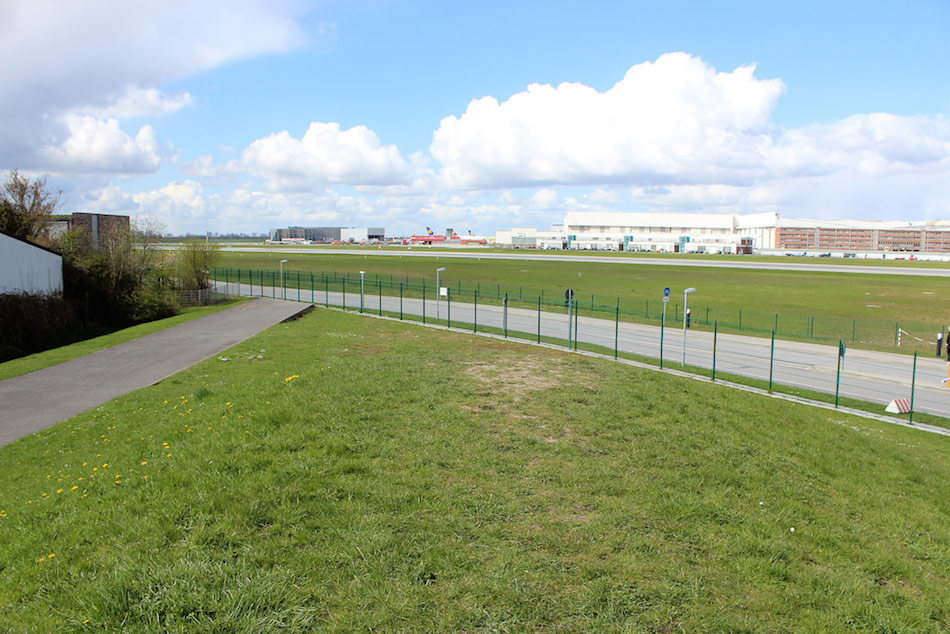 Directly at the fence/gate where a ladder is needed.

On the dyke, no ladder needed. 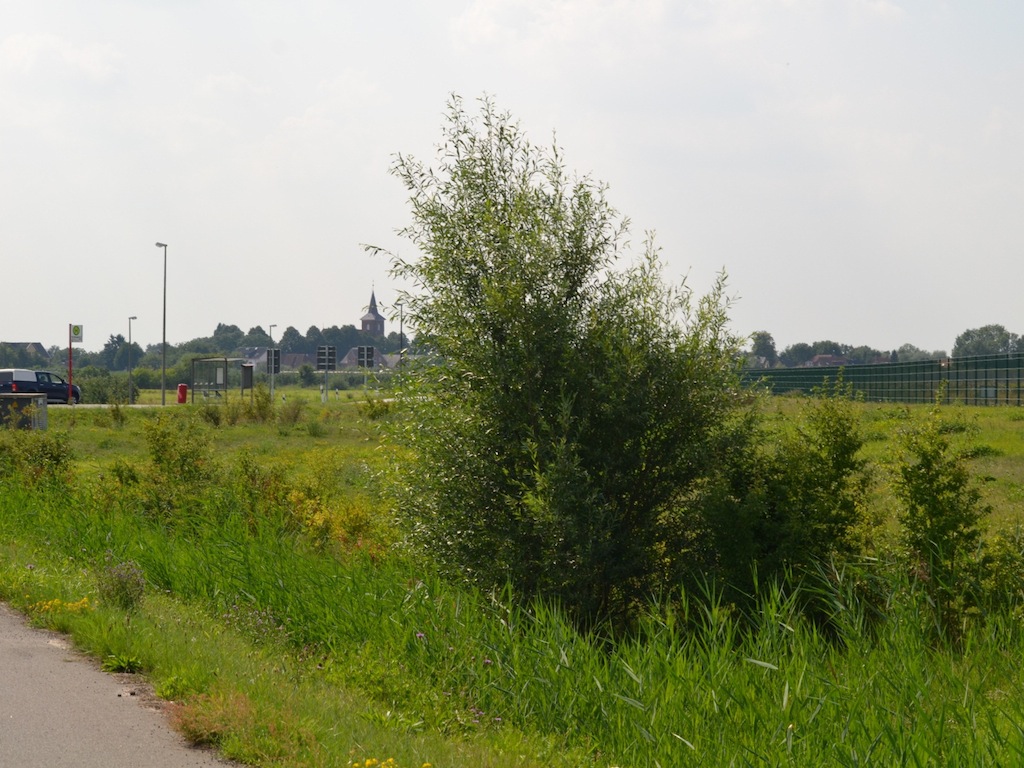 The tower from the parking lot: 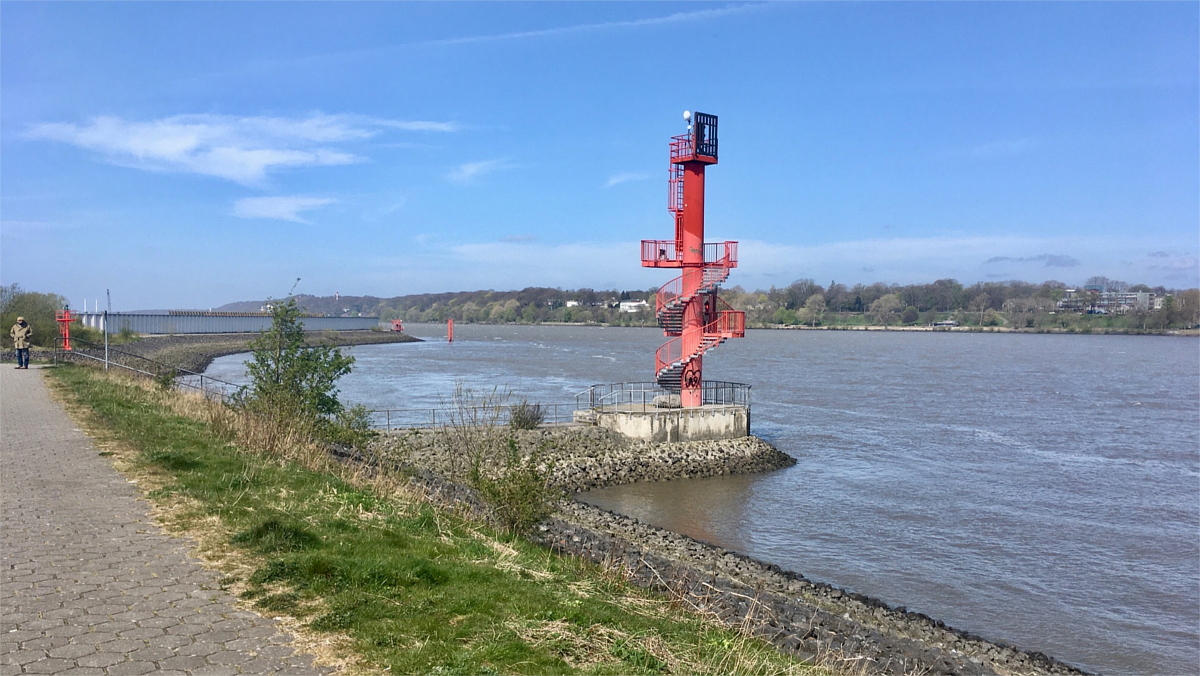 View from the highest floor onto the turning pad: 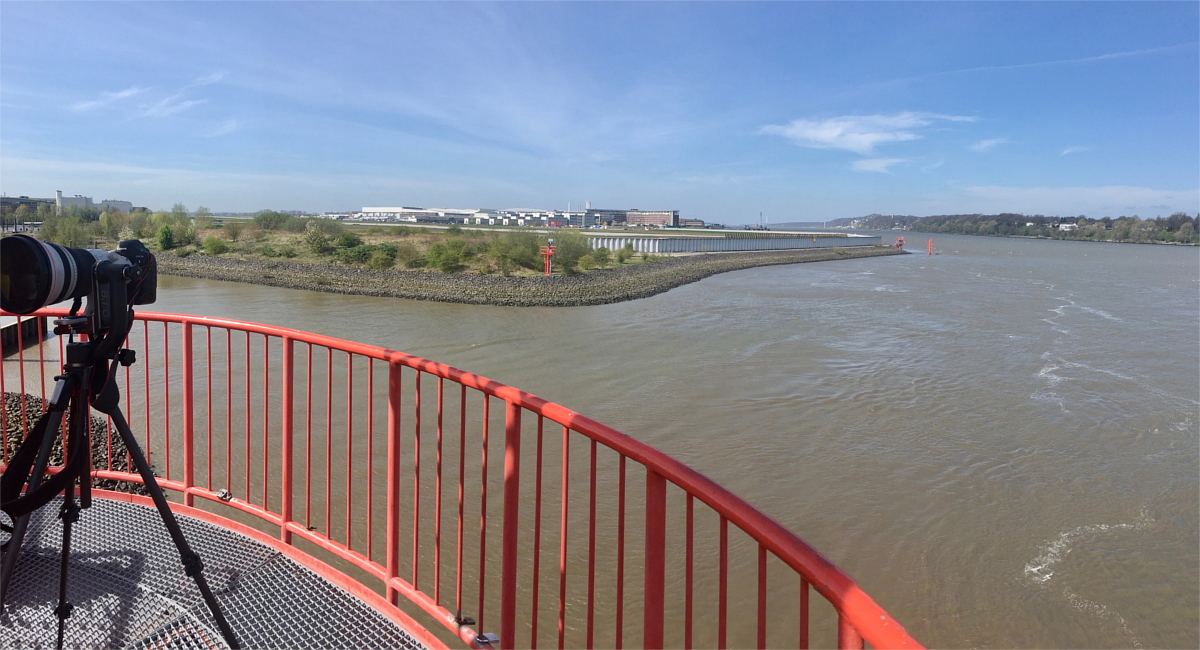 hi guys
great site!!! will a powershot sx30 be sufficient for good pictures from
the viewing platform outside the airport?(coz i heard its far away)

Good morning ..gents .. having visited hamburg international , on my next trip i intend to visit the air bus factory , but not the tour .
having read your guide.
some spotters i know have used the tram and ferry , but your article say that the Bus is a better option..
how far is the viewing hill from the ferry terminal.. may i just say well done on a great website.

The second stop is used by a lot of ferries, but Rüschpark is quite uncommon. I don’t know where you want to start, but I would recommend the bus, too.

Hi Frazer,
from the ferry stop “Finkenwerder” it takes 9 minutes by bus (line 150, runs about 4 times per hour).
From ferry stop “Rueschpark” you have to walk approx. 10-15 minutes to reach a stop of the same bus line. The bus stop is called “Nordmeerstrasse”.
Best regards, Maxi

Good morning Severin , I did indeed use the metro , ferry and bus 150 the whole journey took around 1hr and 15 minutes
it is avery long walk from the Airbus main entrance to the viewing platform. For anyone who may do this in the future , BUY a group pass from the information desk at Hamburg Flughafen airport , for 3 people it cost 12-50 euros . The card is valid for 5 people and is great value .
from the Airport take the s-bahn metro to Landungsbrucken ( hamburg port station)
on exit the port has many ferries , Look for ferry number 62 for finkenwerder .
ON arrival at finkenwerder harbour , exit the ferry and go up via the exit ramp turn left and the bus 150 stop is opposite the seafood restaurant this bus will take you to the Airbus factory entrance . If you want to go to the viewing platform , Then stay on the 150 for the next stop .

How much traffic can be expected on a normal weekday? Just a careful average.
Or in other words: Is it worth to get there for a spottingday if i am not from Hamburg?

It’s different on each day, but I’d say min. 2…
On most of the days you’ll have one or even more Beluga(s), but it’s difficult to say. You can be lucky, but you can have bad luck, too!
You can find pictures from XFW here: https://www.aviation-friends-hamburg-forum.de/forumdisplay.php?fid=11
Maybe this helps you, I hope so!

Hi Fellow Spotters,
would there be any traffic expected on Easter Monday, April 17, or is Finkenwerder only active on official working days?

Thanks in advance for any advice!

occasionally there are delivery flights on Sundays or holidays, but these are very rare. The majority of the traffic is on official working days. Beluga usually flies from Monday to Saturday.

I will be visiting Hamburg on July 16, a Sunday, and will have time to plane spot. In the narrative above it’s mentioned that movements are almost none on Sundays. I understand Airbus would be closed on Sundays but isn’t there still a lot of regular commercial jets arriving and departing on Sundays? It’s the only day I have available. Thanks for any information.

Hi Mark, Maybe you just mixed Finkenwerder with Hamburg Fühlbüttel which is the international airport. First is the factory of airbus amd there is no traffic on sundays.

How easy is it to get to the airfield via public transport. I understand the 150 bus is the best way to get to here. I am visiting for a factory visit and will not have car.

yes that is the best way. If you want you can also rent a bike in the city center (called Stadtrad) take it on the ferry with you up to “Finkenwerder” (ferry lines 62 and 64) and cycle from there on. Also means you can change positions far easier than with the bus.

However, the dyke at Spot 2 was excavated last year. You are standing on ground level just like the fence. To take pictures there, you need a ladder with at least 3 steps. To keep the inner fence out of the pictures, you need a 4, better 5 step ladder.

Better you remove your ladder after your shot, or some nervouse Airbus workers call the Security.

thanks for the info. Guide has been updated.

What a great website, very well done for the info.
Hope to visit in November
thanks
Keith
Lanzarote

Hello, and tnx for a very good spotters guide…
One question; Is it possible to enter the Visitor Hill with a wheelchair? Is it stairs, or a ramp to the plattform?

In advance, tnx for you answer…

thanks for your kind words.
I have good news for you. Yes there is a ramp for the visitor hill.
Enjoy Your Trip!