Almost everybody heard or have seen pictures from one of the most dangerous airports in the world, Lukla Tenzing-Hillary Airport (IATA: LUA/ICAO: VNLK). The airport is located 130 kilometres east of Kathmandu in Nepal and the flight time is 30 minutes from the capital. The airport is mainly used by climbers as a starting point for their long journey to one of the highest mountains, the Mount Everest. Our team member Gerrit Griem visited the airport in March 2019 and would like to share his experience and impressions with you, in the rare case you plan a visit too. 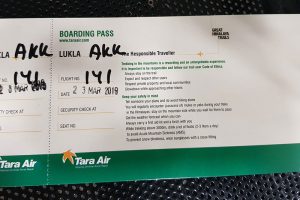 The single runway 06/24 is 530 metres long and due to the mountains around landings are only possible on runway 06 and take-offs are using runway 24. Furthermore only Short-TakeOff and Landing (STOL) aircraft like the Do228, DHC-6 Twin Otter or LET410 can fly to LUA. The last few years have resulted in many serious accidents with many deaths and only pilots with a special training and rating are allowed to fly in and out of Lukla.

All schedule passenger flights to LUA are beginning at Kathmandu (KTM) and operated by Sita Air, Summit Air and Tara Air. At the moment only the latter offers online booking (stand April 2019). Return flights are around 320-350 USD and short term bookings are possible and are not much more expensive. There are also many many helicopter movements at LUA to fly pax and goods to the Mt. Everest base camp, for sightseeing flights and other special missions.

Traffic starts immediately after sunrise if wheather permits and it is busy during peak season until noon. In April you can expect up to 150 helicopter and up to 60 airline movements per day, however the airport is quite often closed due to clouds (visibility less than 5000 metres) or tailwind (10 knots or more, especially during afternoon).

Most visitors book their hotels directly on the spot. But some hotels are even available at the common booking websites like booking.com to book a room in advance .
Because it is on 2840 metres above sea level you should bring warm clothes with you!

You can walk around the airport and the fence is only about 1,50 metres high so it is easy to take pictures wherever you want. Concentrate on the south/eastside as sun will be behind you and the north side is pretty useless as there are no flights in the afternoon.

We start our journey around the field with one of the most popular views which is just behind the threshold of runway 24. There are no streets just small footpaths so when you are coming from the "terminal" turn left and get up the stairs and turn left again and you will be on the path behind runways 24 threshold (#1 on the map) which leads to the village.

There is another postion (#2) behind you but a bit higher so just use the stairs to get up. 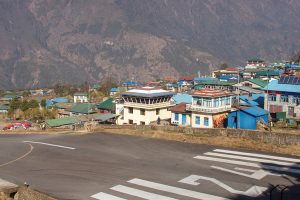 View from #2 with the airports tower on the back 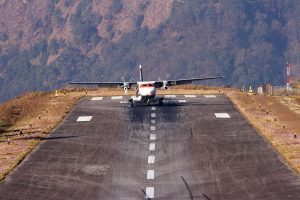 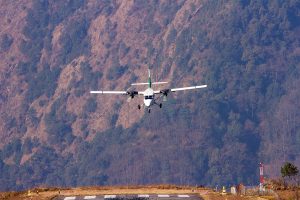 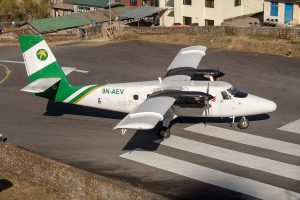 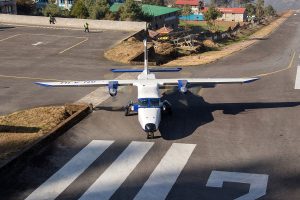 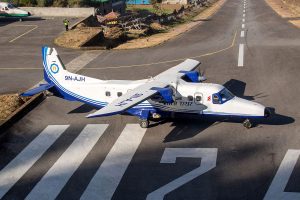 To reach the next location return back to the terminal and walk all the way down until you see a hotel named Buddah Lodge Lukla. There are some stairs leading up to the roof. From there you have a great view of the helicopter ramp and you can photograph them taking off and landing infront of you. 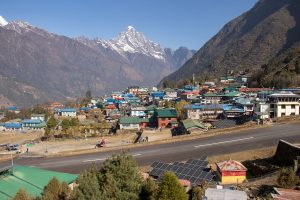 View from the hotel rooftop 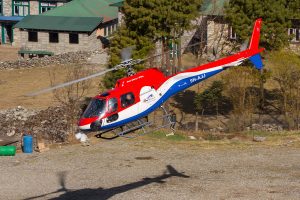 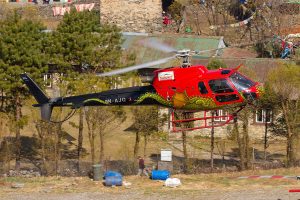 From the hotel continue on the path to the perimeter fence. From here the path runs all the way down the runway parallel to the fence. Latter is not much high and you can easily photograph the action on the runway. 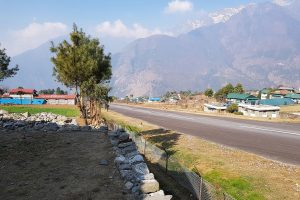 View down the runway 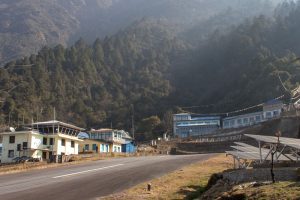 View up the runway 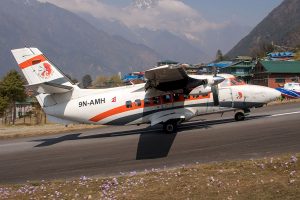 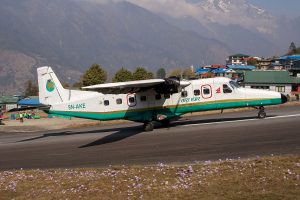 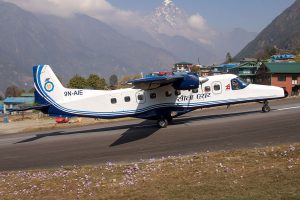 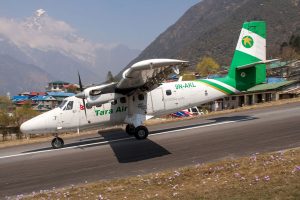 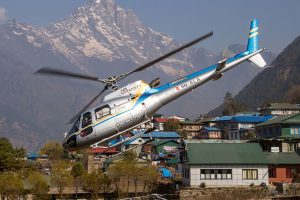 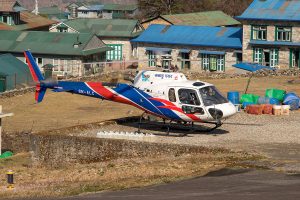 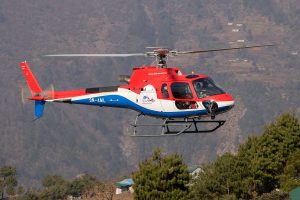 Once you have walked all the way down till the end of the runway you have reached the last postions. It is directly under the approach path where you can almost touch the aircraft. 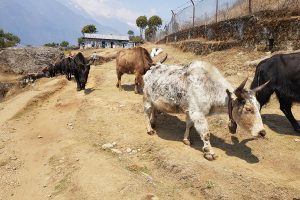 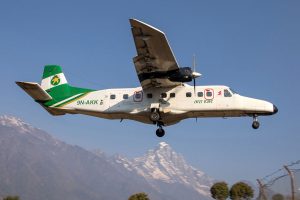