NATO Air Base Geilenkirchen (GKE/ETNG) can be found right at the edge of Germany directly at the Netherlands border. It got its name from the city of Geilenkirchen, which can be found ~5kms to the east, and as it is serving as major hub for the NATO E3 Sentry Component fleet, which is flying their missions outta GKE/ETNG. The airfield was built in 1953 and used by the Royal AF as military air base till it was handed over back to German forces in 1968. After some years as German base on behalf of USAF fighters, the airport was chosen in the 70s as future Base by the NATO for its E3 Sentry Component following upgrades and reconstructions in the 1970-80s. While the German forces then left the airfield in 1981 and thereby making space for the NATO fleet, which began their missions form GKE in 1982. Since the USAF left this airfield in 1991, the main sight here are the NATO AWACS E3s, which are normally flying daily missions out of GKE during the week. The amount of E3 movements vary, but sometimes you can also see AWACS adding some “touch and go”s to their landings. Furthermore, mostly an AWACS is accompanied by an USAF KC135, which will normally arrive shortly before/after the E3 after the missions are done. These tankers are normally changed regularly and thereby you may see different KC135s regularly here.

However, Geilenkirchen is sometimes also serving as destination for foreign forces, thereby you may be lucky and see British AWACS’ or soldier charters. Nevertheless, already a “normal” NATO AWACS is worth a visit due to its sound… In addition, the NATO is regularly “celebrating” anniversaries here (last one was the 25th of AWACS in GKE in 2017), which normally attract quite interesting aircraft and plenty spotters. There is normally also a spotter day prior to public days where you can visit the aircraft on the tarmac on the weekend then. During such occasions, plenty foreign forces and aircraft make their way down to Geilenkirchen, so this is always a nice opportunity to catch a bounch and nice mixture.

However, (due to the bad light) we just filmed the line-up/taxy from the fence with a phone, but it shall look like this:

View from the “hilly area” here looks like the one below: 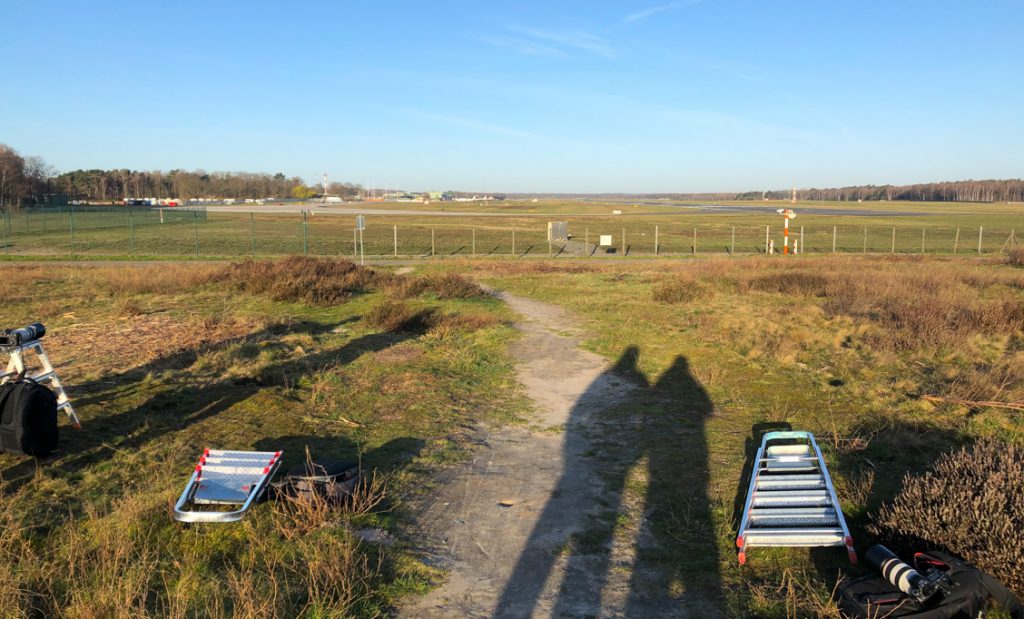