Malaga – Costa del Sol Airport (AGP/LEMG) is the main airport for tourists visiting the beaches around Malaga and also all vacation places down to Gibraltar. The airport is surrounded by several motorways, which makes it easy to get to the terminal. Also a commuter train is connecting Malaga main station with the airport. It is located 8 kms southwest from the city centre of Malaga and 5 kms north of Torremolinos. The forth busiest airport of Spain handled 19 million passengers in 2019.

AGP is currently served on regular service by several European carriers like Aeroflot, Alitalia, British, KLM, Lufthansa, Swiss or Turkish. Intercontinental services are offered by Delta (JFK) and Air Transat (YUL). In summer season from all over Europe charter services are flying into AGP. Busiest routes are to and from UK and Ireland, so British charter carriers can be seen all week long. From other European countries AGP is served by well known airlines from Scandinavia (e.g. SAS, TUI Nordic), Benelux (e.g. Brussels, Transavia, Correndon Dutch, TUI Belgium, Luxair), Germany (e.g. TUI, Eurowings), East Europe (e.g. Wizzair, Blue Air, S7, Smart Wings). Some charter flights are operated by widebodies, e.g. TUI 767 + 787, Norwegian 787 and Aer Lingus 330. Norwegian, Ryanair and Vueling are operating a base in AGP offering flights to all over Europe.

Besides the regular visitors, there are many VIP flights. A lot of celebrities and nobleman spend their time in Marbella using AGP as a gate to Costa del Sol. So Gulfstream, Falcon, BBJ or even 727 are regular but unpredictable visitors.

Around the airport several spotting positions allowing views to the movements. The airport is surrounded by partly double fences, partly high fences and partly normal fences. Fortunately spotting can be easily done without a ladder as some postions are elevated or away from the fence. 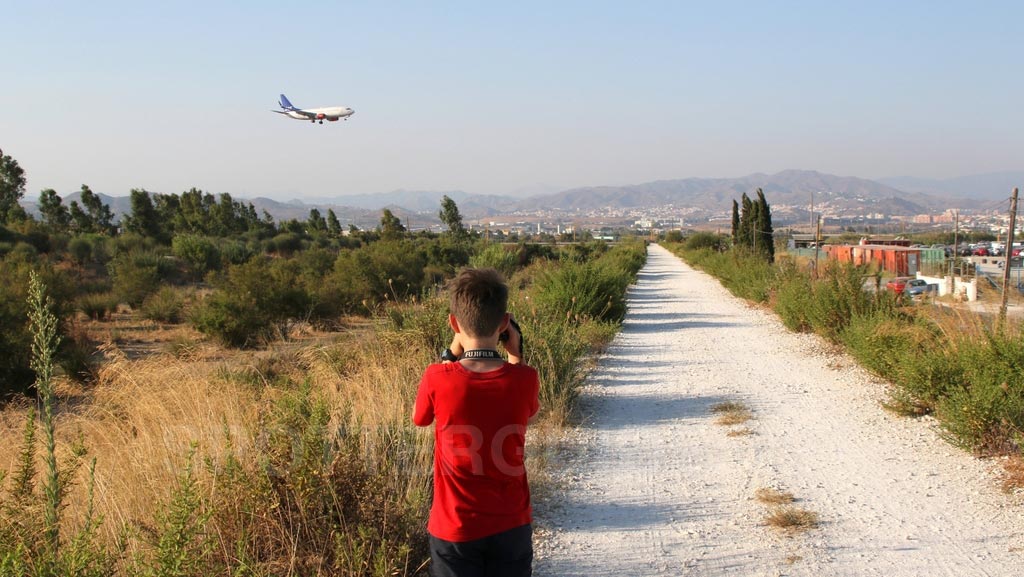