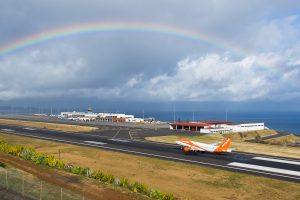 The one and only airport on the Portuguese island of Madeira is located 15 km northeast of the capital, Funchal. The ‘Cristiano Ronaldo International Airport’ is known for its increddible approach and is called one of the most dangerous airports. The runway is surrounded by the ocean on the south side and the mountains on the north.

Due to the mild and steady climate, its a popular place for European tourist, followed by a reasonable amount of charter flights, mainly from  United Kingdom, Germany and France. TAP is one of the main carriers serving FNC, followed by Easyjet. Binter Canarias offers daily shuttle services to the sister island Porto Santo. In 2018, 3,1 Mio passengers used the airport. 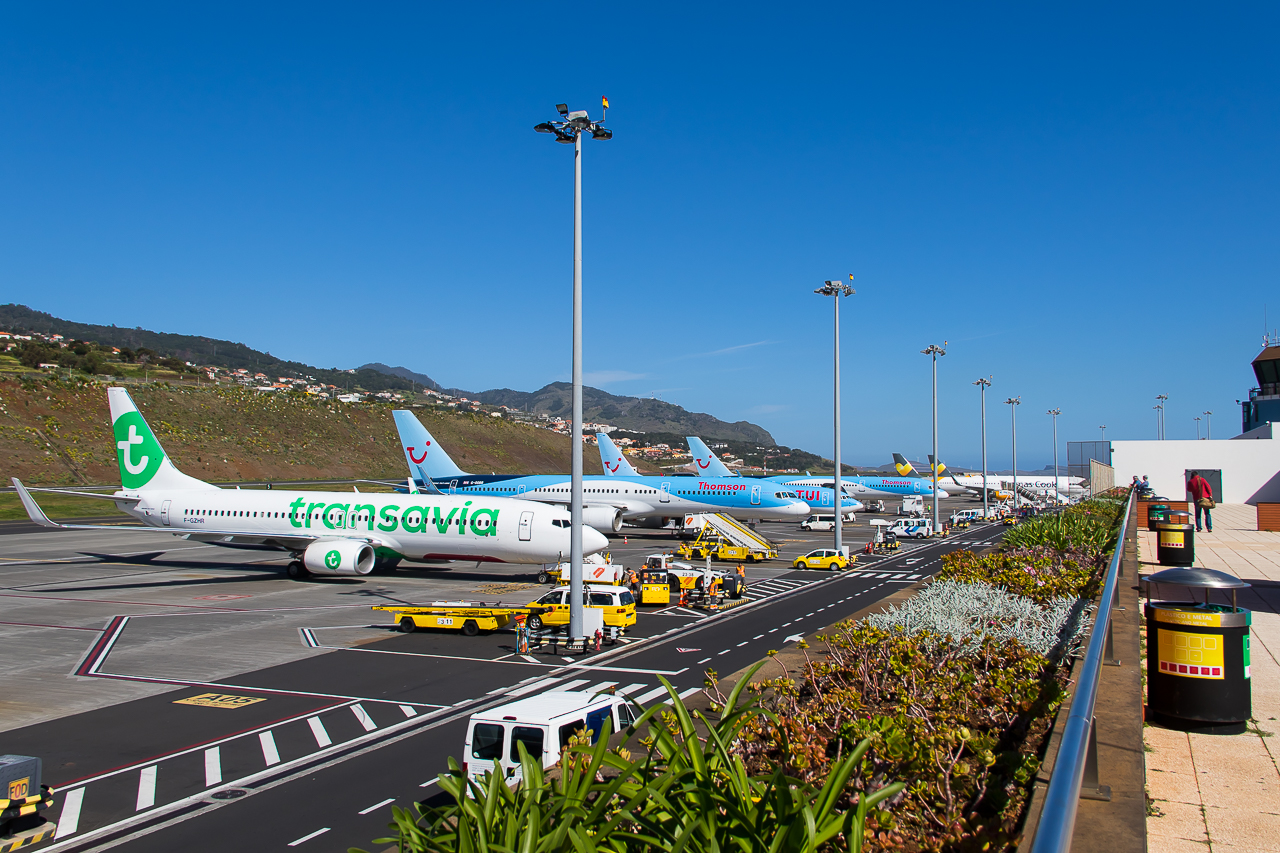 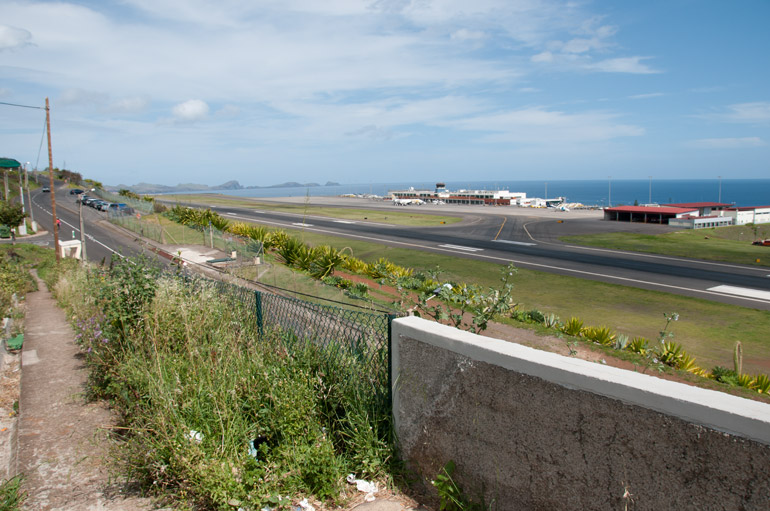 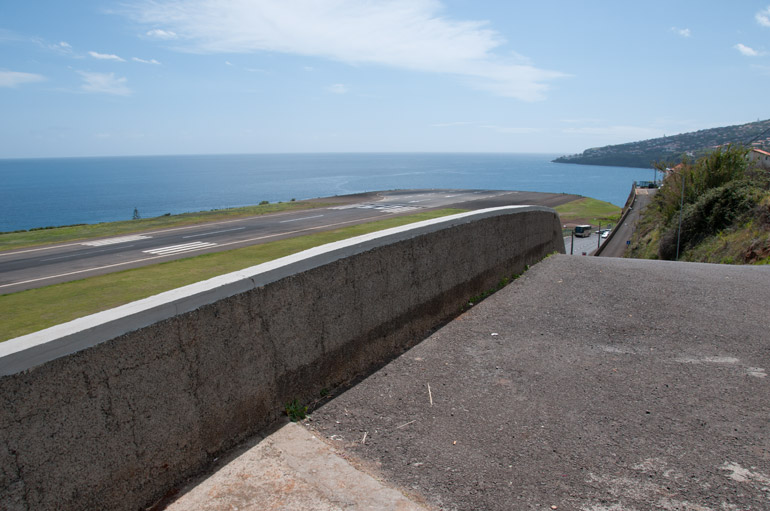 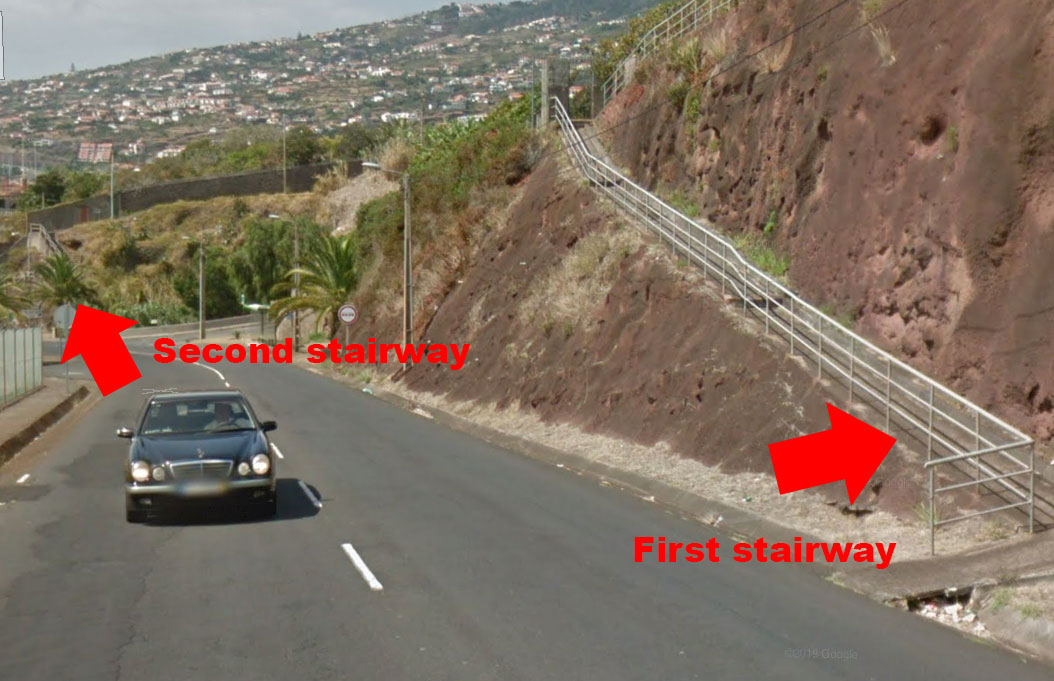 Samples from the first stairway

Samples from the second stairway 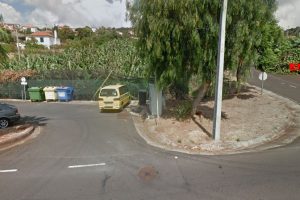 Parking and way up to the house 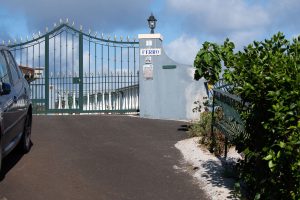 Gate of the house. Spot to the right 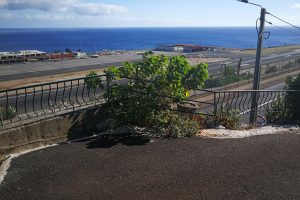 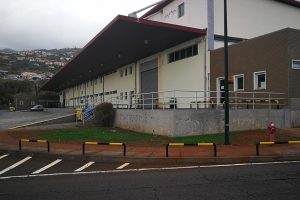 View from the location 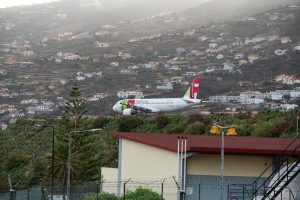 Postion of the aircraft when they on backtrack