Carrasco, otherwise known as General Cesáreo L. Berisso International Airport, is the international airport of Montevideo, the capital of Uruguay. It is also the country’s largest airport and is located in the Carrasco neighbourhood, in the adjoining department of Canelones. It is cited as being one of the most efficient and traveller friendly airports in the world. The airport is named in honour of a pioneer of Uruguayan aviation and it also hosts an air base of the Uruguayan Air Force.

On 3 February 2007, work began on a new, modern terminal designed by the Uruguayan architect Rafael Viñoly, with the capacity to handle three million passengers a year. The new terminal has four jetways, separate floors for arrivals and departures and a large viewing area on the top floor. The terminal has room for expansion for two additional jetways and a maximum capacity of six million passengers a year before the building would need to be enlarged. The new terminal was inaugurated on 5 October 2009 with operations beginning on 29 December of that year. A new cargo terminal was also constructed.

Runway 06/24 has been strengthened and lengthened to 3,200 metres, allowing airlines to operate non-stop flights to the United States and Europe. Runway 01/19 was also lengthened to 2,250 metres, whilst Runway 10/28 was closed, as the new terminal cuts across it.

Passenger numbers topped 2.1 million a year in 2017, the first time that the 2 million passenger number was exceeded, though this figure dropped slightly to 2.07 million in 2018.

No. 3 Squadron of the Uruguayan Air Force operates transport aircraft from Carrasco in the form of the Lockheed C-130 Hercules, Embraer C-95 Bandeirante and EMB 120 Brasilia aircraft, as well as the CASA C-212 Aviocar. No. 5 Squadron operates Bell 212 and UH-1H Iroquois helicopters in the utility rôle, plus an AS-365 Dauphin as a VIP transport. 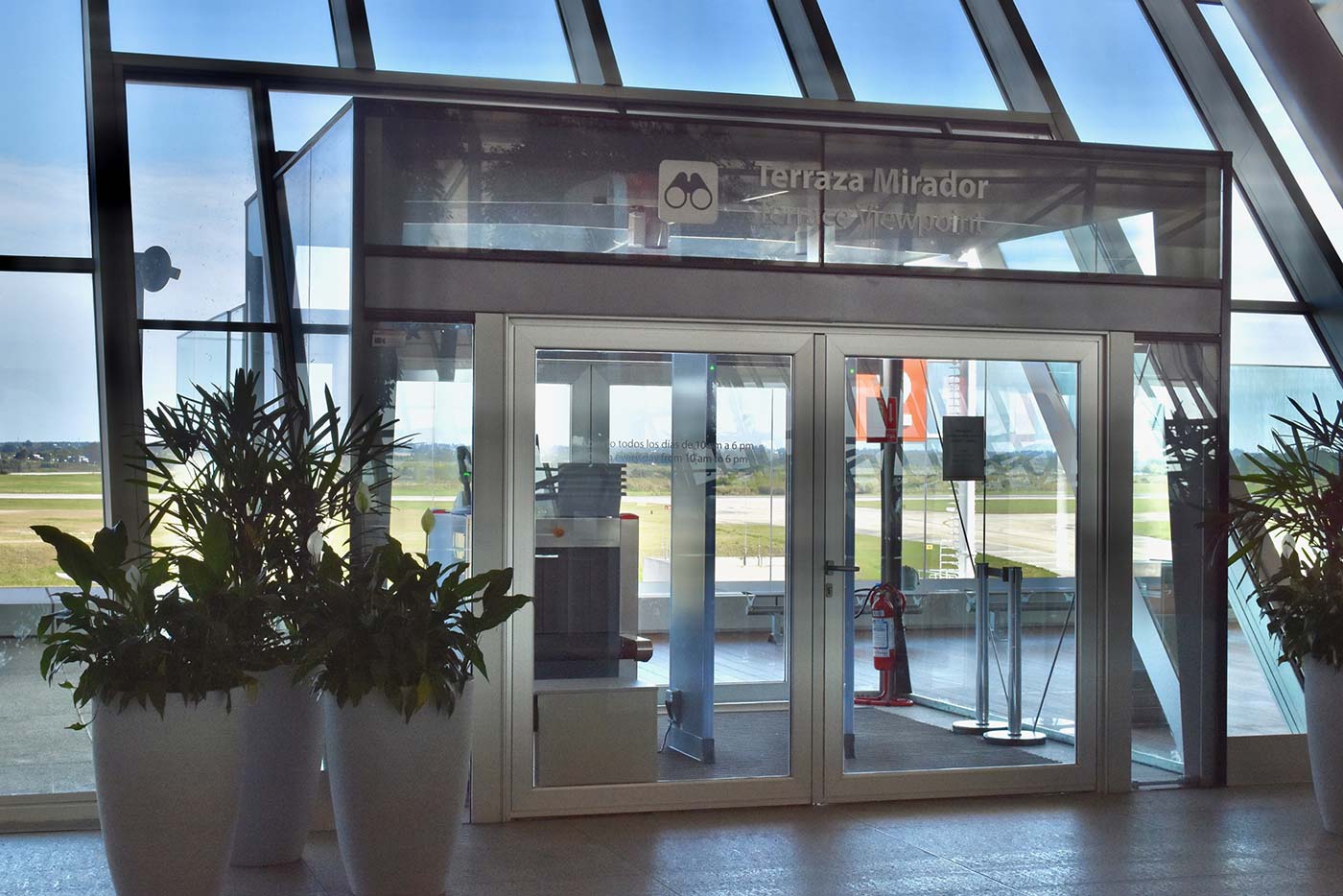