Portland Internation Airport (PDX/KPDX) is the biggest airport in the state of Oregon with around 20 Million passengers per year and pretty easy for planespotting. Most locations are accessible even by foot and you will get the majority of traffic from there. The traffic is dominated by Alaska Airlines and their subsidary Horizon Air which uses PDX as a secondary hub.

Otherwise the common US carriers like Delta Air Lines, United Airlines, Southwest, American Airlines, Frontier Airlines, Sun Country Airlines, Spirit, WestJet Encore and  Hawaiian Airlines serving the airport. From Europe Icelandair & Condor offering seasonal flights during the summer season. FedEx, UPS, DHL, Cathay Pacific (sometimes opb Atlas Air) and Amazon Air are the cargo operators. Sometimes Boeing testflight will do low approaches and there is also a big paintshop at PDX where Boeing sent some of the aircraft for painting. Even more there is some military traffic because of the Oregon Air National Guard. 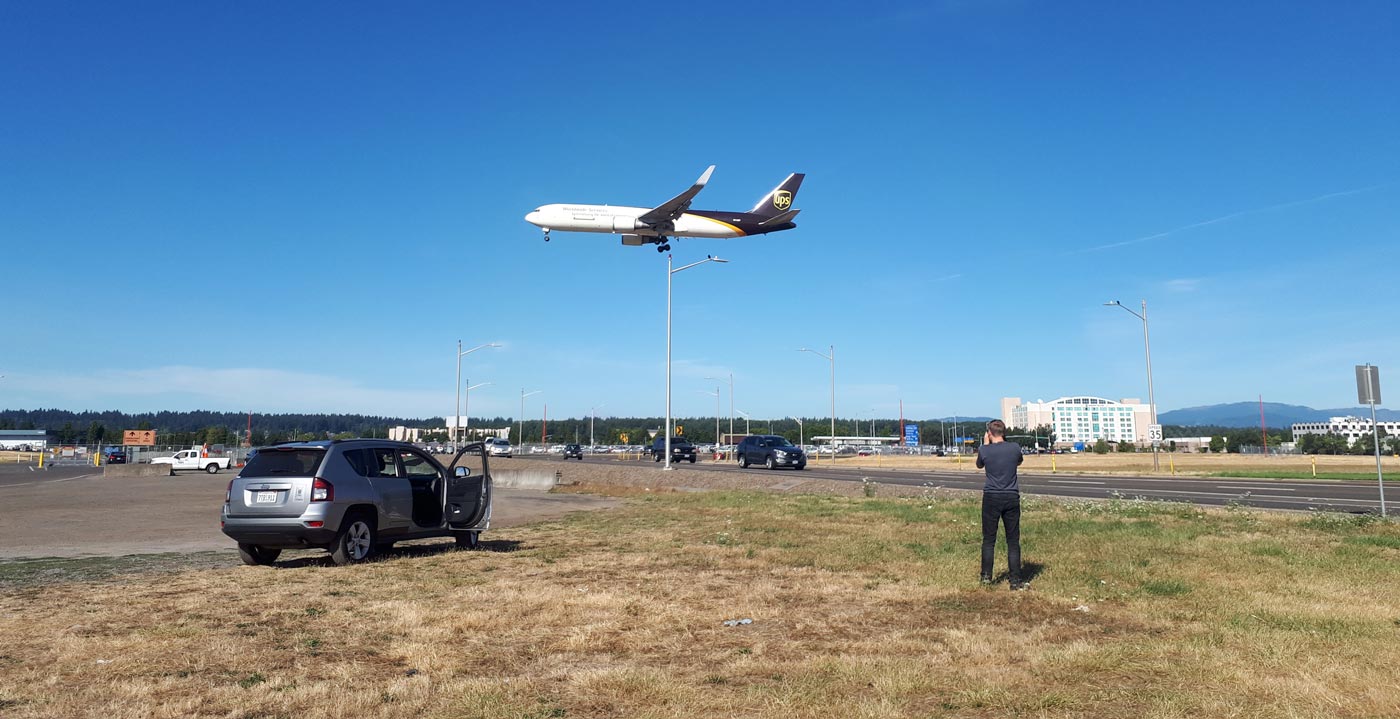 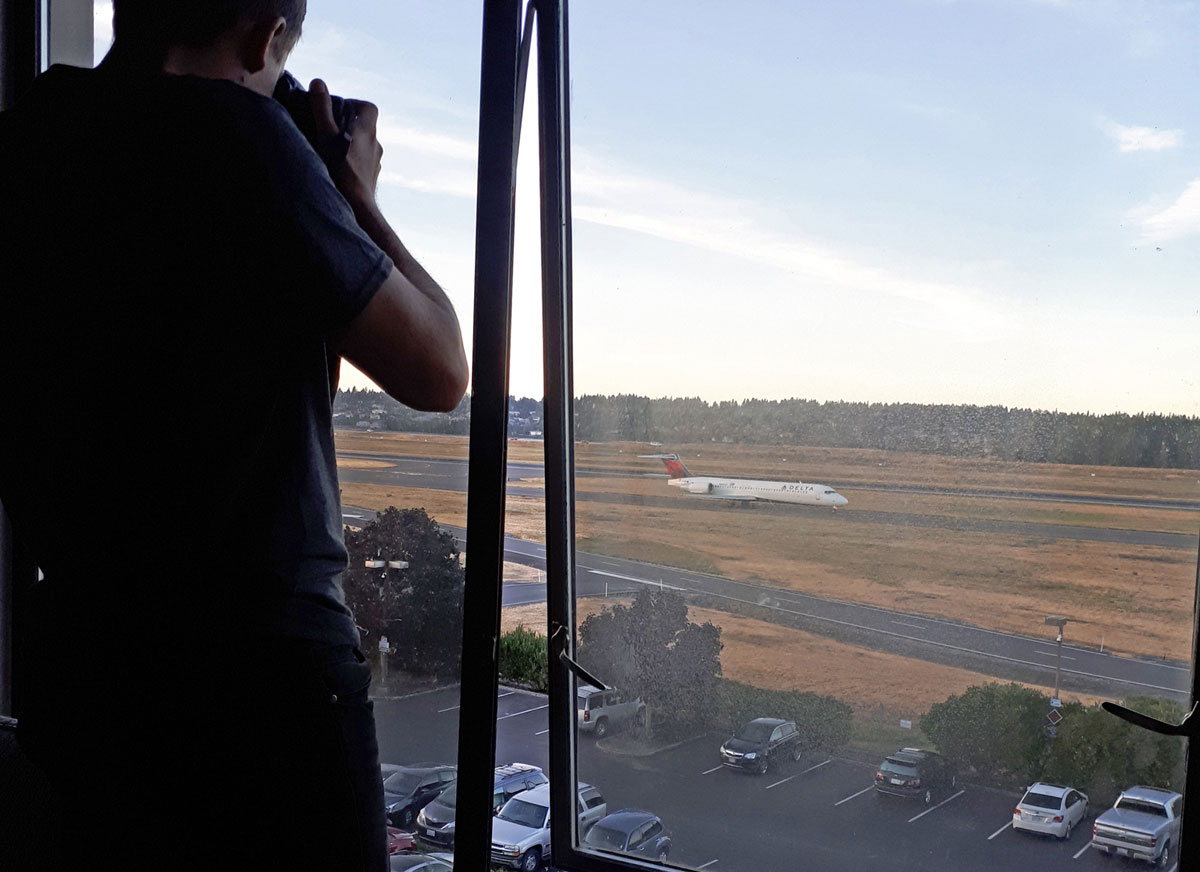 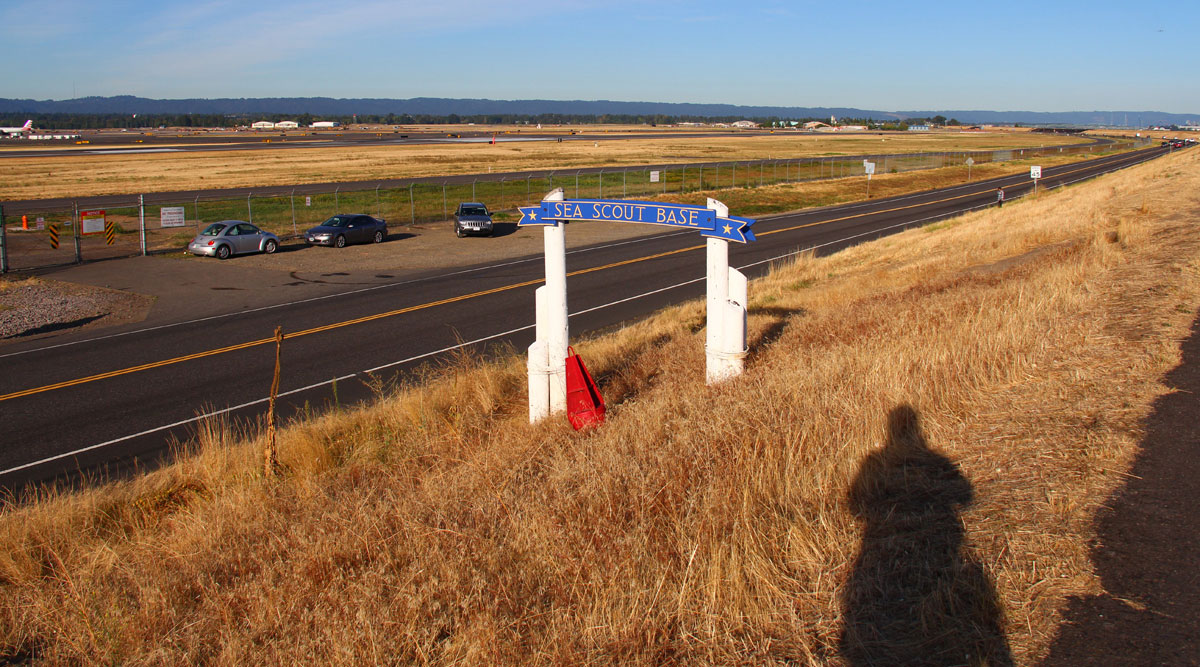 There are a LOT of great restaurants outside of security as well, and you can usually find a spot in short term parking.

Spot 6 is now blocked off due to homeless people living along 33rd. Might be able to park in ANG Parking lot, but wouldn’t risk it.

Does anyone know when the OR ANG F-15s usually take off and land?

I’ve had a single encounter when the F-15s were running, they didn’t depart or anything but they were running in the hangars. They have been doing evening-night ops lately though.

Hi, there is some rental car garages going up by the 28L/10R parking garage view area, it obstructs any view from the touchdowns. Is there anywhere you can go to avoid that but still be on the garage next to 28L/10R?

Another great spot is the cell phone waiting lot right behind 28L, arrivals are great, over your head, and departures are okay, a little far away but nothing zoom on your camera can’t fix!

So a little update for spot one about the construction on the north side and what it blocks. Its a terminal which comes up and blocks the taxi way that is closest to the garage. Currently has a few wires on top that might cover some wingtips/landing gear depending on the angle on the taxiway next to the runway. Does not block the runway at all however. Covers up taxiway Kilo and might get in the way of Victor but not 10R/28L for exact areas.

Thanks for the info Quentin, I left a note in the guide.