Soekarno-Hatta Airport (CGK/WIII) is the main airport that serves Indonesia’s capital, Jakarta and it’s metropolitan area (Jabodetabek | Jakarta – Bogor – Depok – Tangerang – Bekasi) alongside with the smaller Halim Perdanakusuma Airport (HLP/WIHH) and several other smaller airports. Located in the northwest of Jakarta, precisely in the city of Tangerang,  the airport is the busiest in Indonesia as well in Southeast Asia. The airport handled roughly 67 million passengers in 2018. It has 3 passenger terminals, a cargo terminal, and 3 parallel runways with Terminal 4, and a new cargo terminal is already planned for construction in near future.

The airport is the main hub for most major airlines in Indonesia with flights served mostly domestic to many cities across the archipelago. It also serves as the main gateway for international flights to Indonesia mostly from major Asia and Australian cities. There are also some regular flights from Africa (Addis Ababa) and European cities such as Istanbul and Amsterdam. Some cargo flights are regularly served by this airport too. As Halim airport is currently not allowing large airplanes to land there, VIP/VVIP traffics that is using large airplanes is expected to arrive here.

+ + + UPDATE JAN 2022: Due to the temporary closure of Halim Intl Airport, some of the flights are being transferred to CGK including private, VIP/VVIP, and Military flights. Don’t be surprised if you saw some uncommon airplanes on CGK at least for several months to come until the Halim Airport renovation is complete. + + + 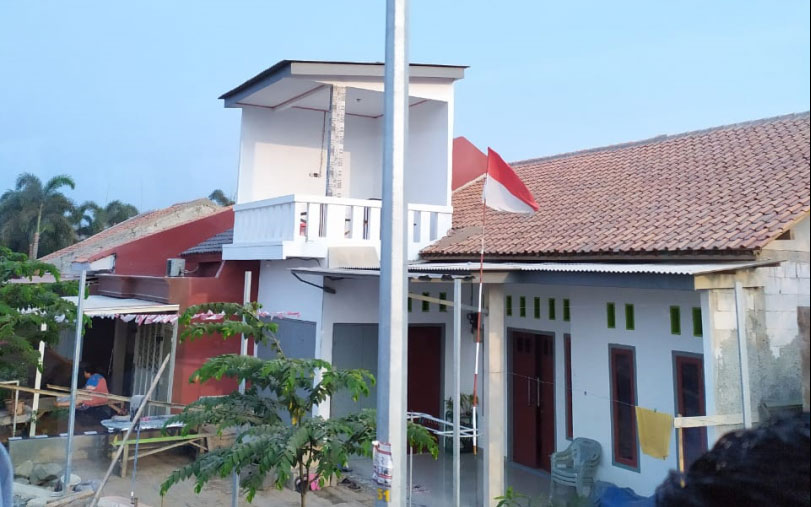 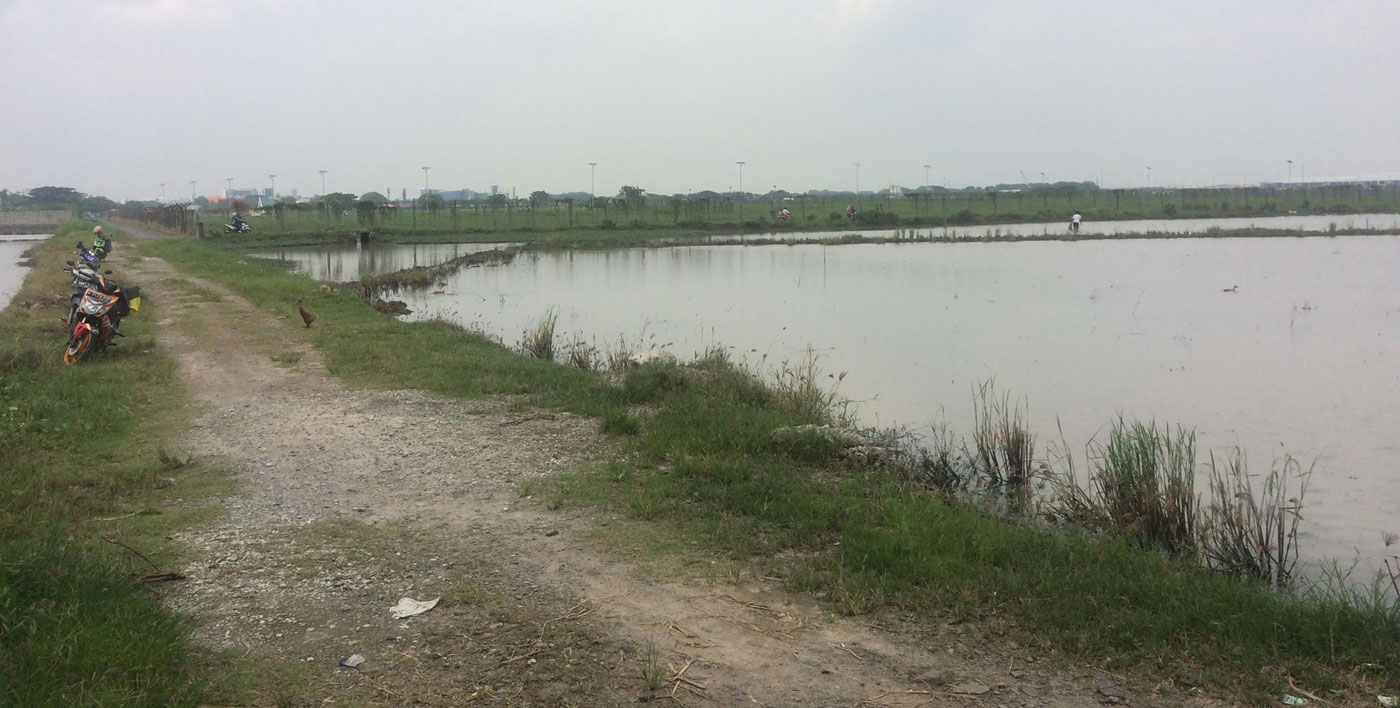 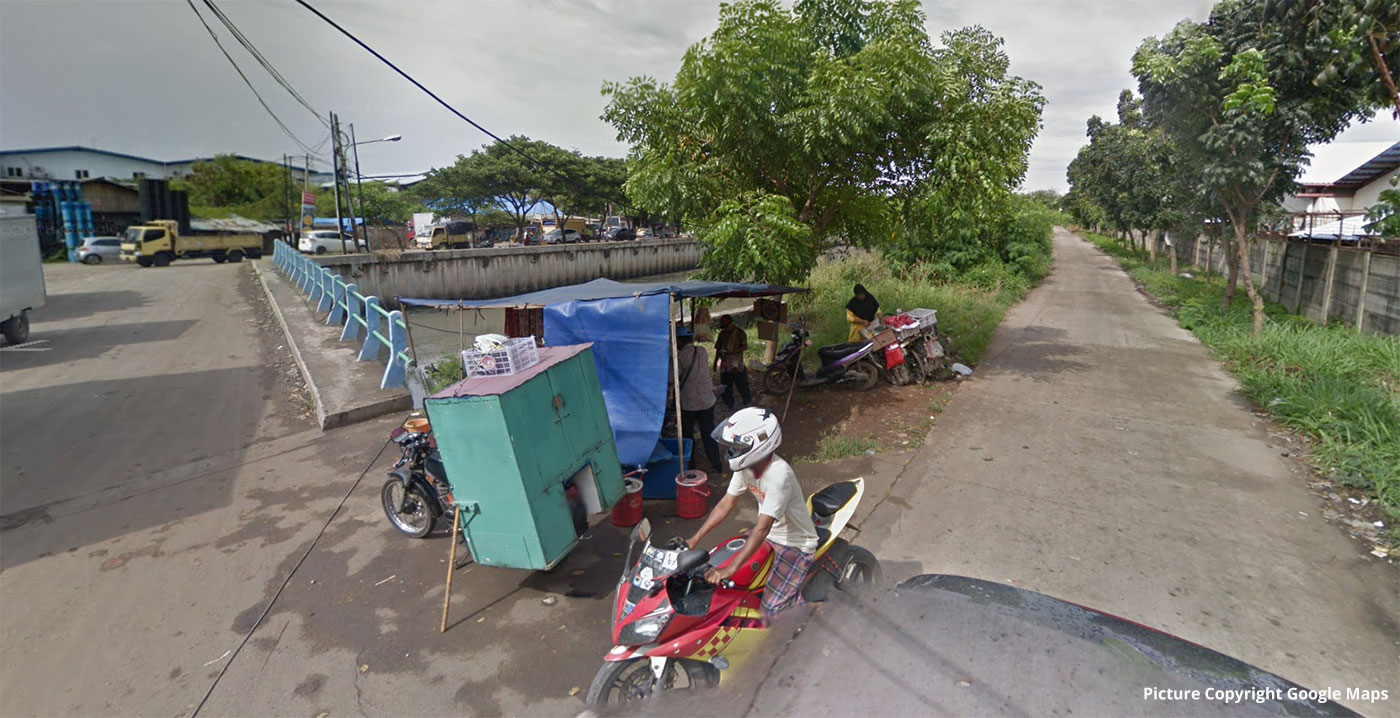 How to get to the location (The exact alley on Step 3 has been closed.  But no worries, just turn left to the next closest alley and you will find the location on Step 4. The rest steps is still same) : 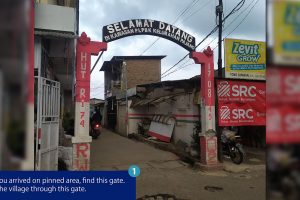 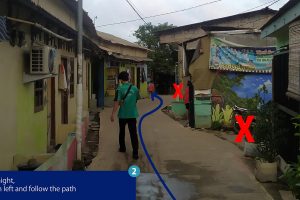 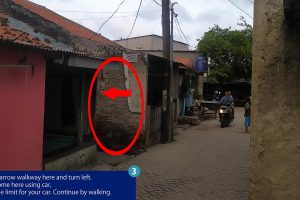 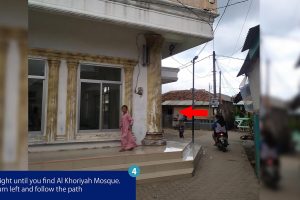 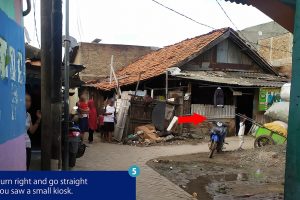 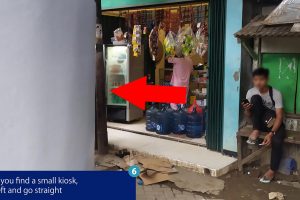 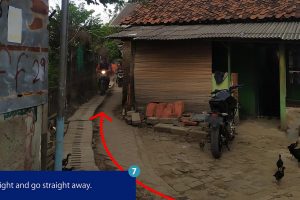 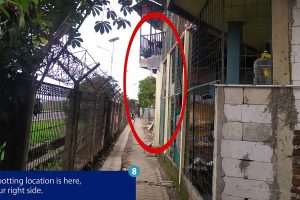 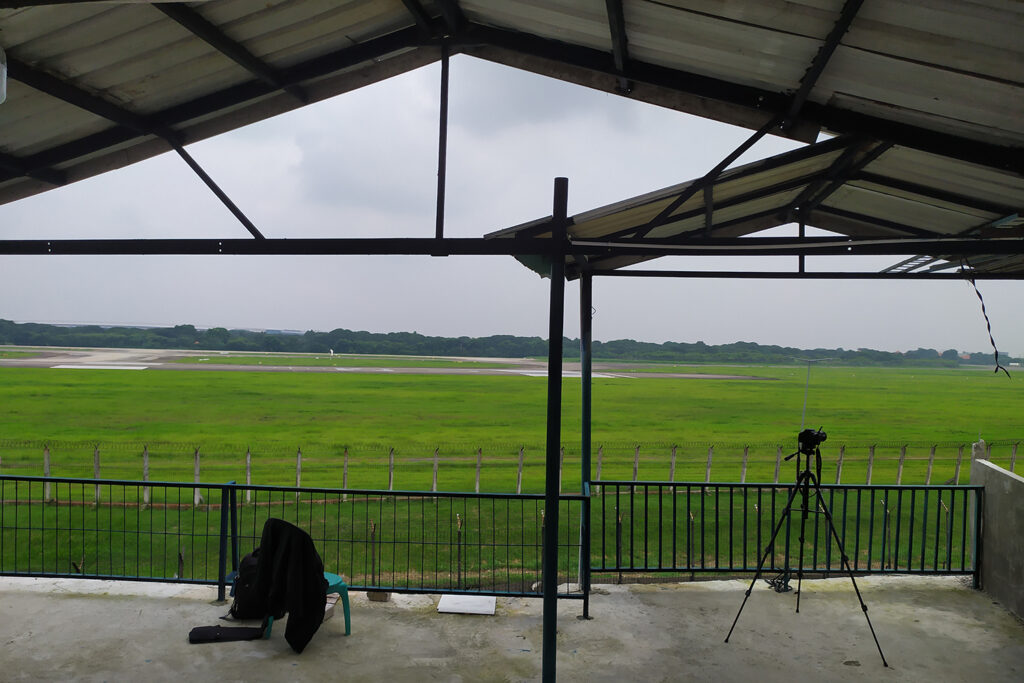 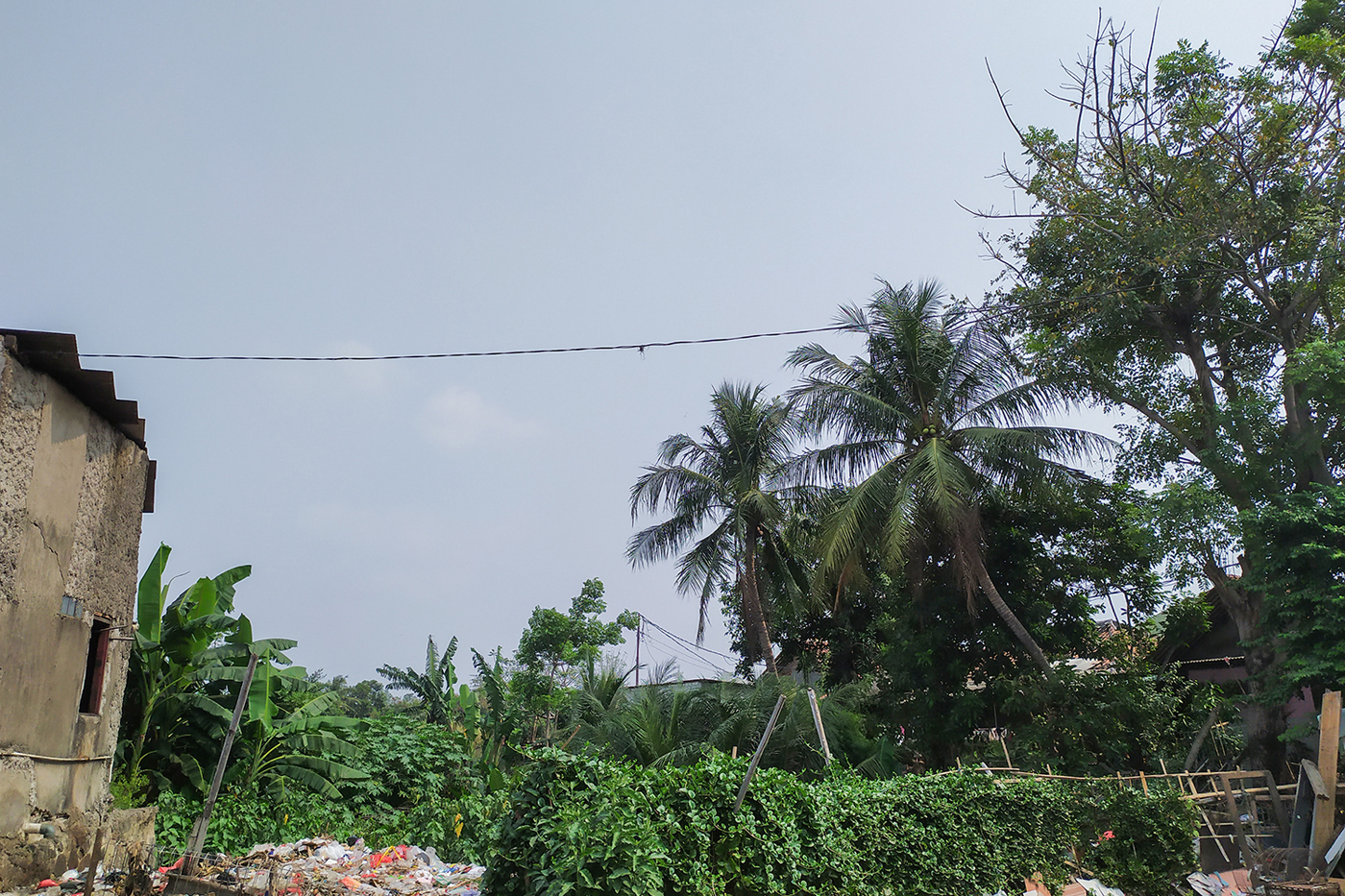 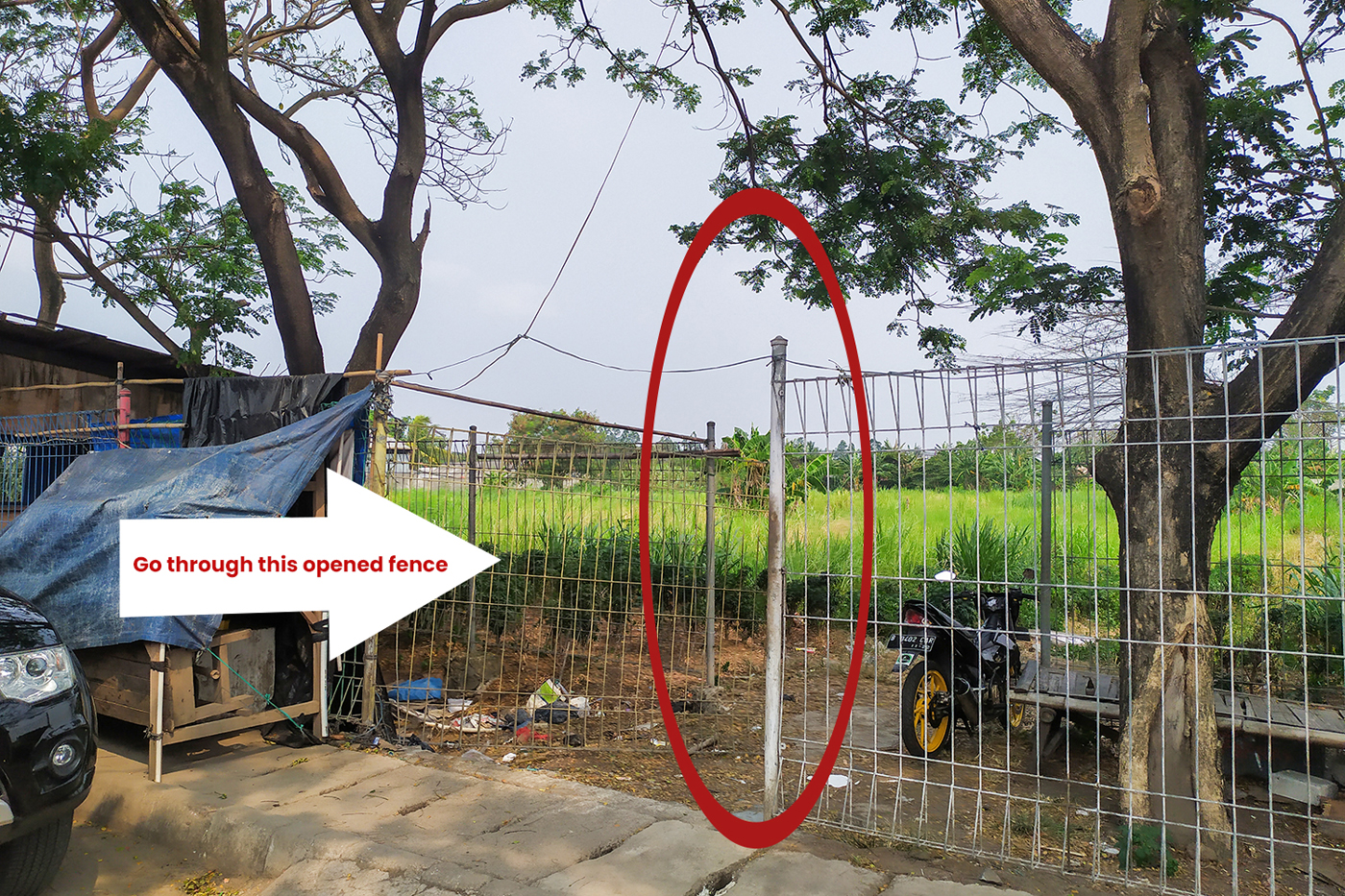 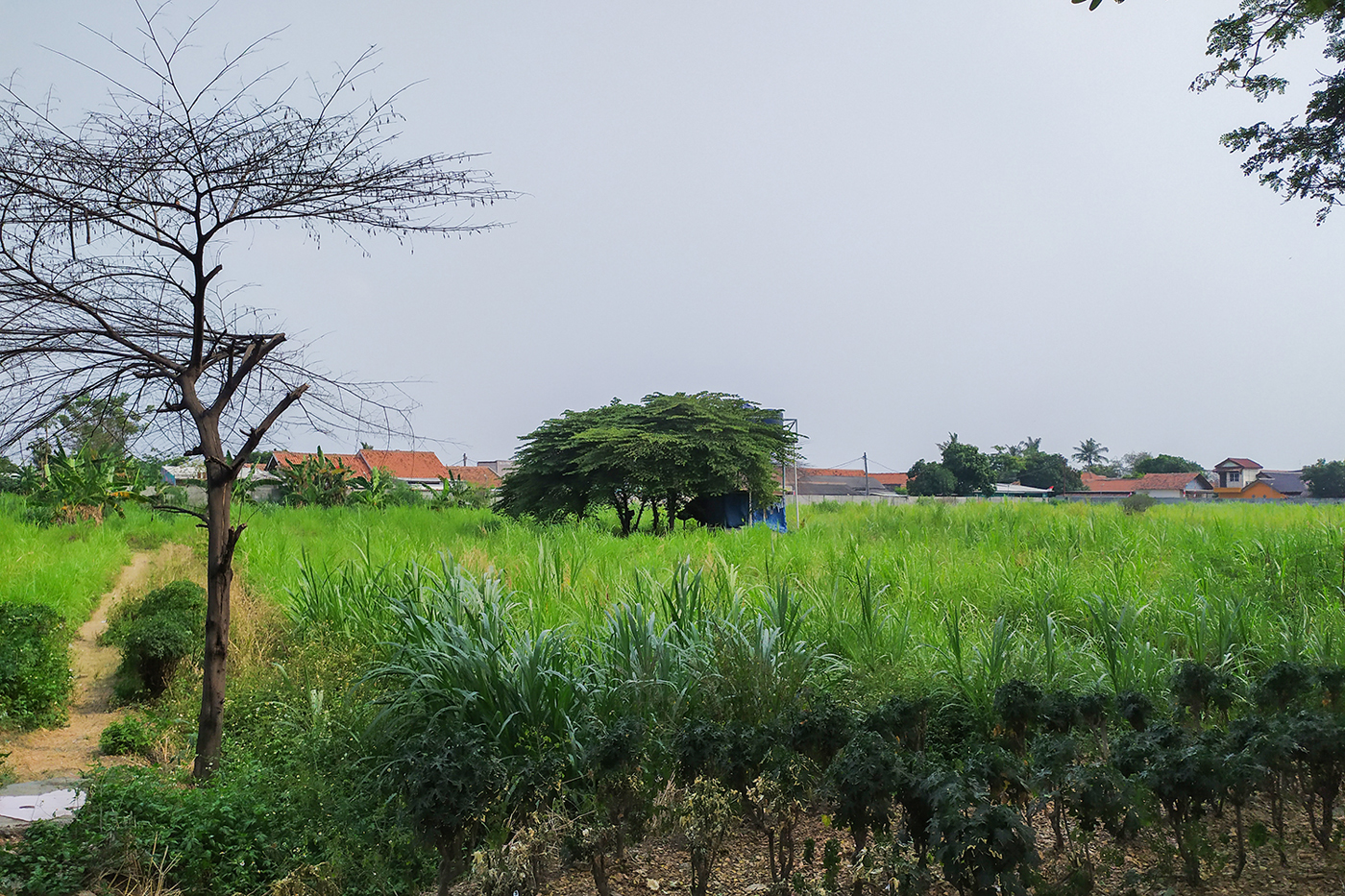 Per July / August 2019, Spot No.1 is no more available as the third runway already done (and already tested) and the house already demolished.

However, there is a new spot near the third runway. A white two storey house next to New North Perimeter road.
The owner is the same person who own the old famous “tree house” and permitted us to take photos there.
(A rule of thumb is you should pay the owner around 25.000 – 30.000 depending on how long you will take photo there).
Small kiosk is available downstairs and if you need foods, drinks and even maybe another goods might available.
The coordinate is in 6°06’36.3″S 106°39’01.4″E . Much easier to reach now since it’s located next to road, however might need more time if you need to catch a online taxi such as Grab or Go-jek.

Thank you for the update Eka!
-Julian

I”ve just visited CGK in Oct.
Views from domestic are good there is a gate very close to the runway / taxiway. Windows are filthy though
That house on spot 1 is still an option – I didn’t go there but i’m sure i saw it and no obstructions.
The FM7 Hotel roof top bar is great for 25R on condition the runway is in use. both runways are in use so the traffic is split.
If the opposite runways are in use then you’re quiet stuck. Aircraft do depart past the hotel but most are turning away.
When I was there on two days the wind turned so aircraft stopped going past the hotel at 1100 in the morning – game over. according to some other spotters this is the norm.
The roof top has little shade either.

I am going to Jakarta in October. Is there any good spots in the terminals for photos?

Hi Joel, I will be in the FM7 on the 7th of Oct for just one night. The roof is excellent for spotting and photography. The viewing decks at the original terminals are no longer good for photography as they have put heavy plastic sheeting in front of the wire fencing. From inside the terminals there are no possibilities to take pics at all.

“Nothern summer (Apr-Sep): Spot is not really useable. You’ll have backlit most time.”

I refer to the above comment on aircraft-spotting on the rooftop of FM7 Resort Hotel. Does it mean it is advisable not to do aircraft -spotting at this hotel now till September?

The room rate of this hotel is lower than Jakarta Airport Hotel but the deposit amount is steep.

At which airport hotel of Jakarta did you stay? Is it Jakarta Airport Hotel?

Also be prepared to hand over deposit of 500000 Rupiah one night for staying at FM7 Resort Hotel. If stay two nights, total deposit 1000,000 Rupiah. Refundable upon check-out if no expenditure in the hotel.

Hi All,
Just got back from CGK staying at the Airport Hotel good shots can be had from this hotel.Was wondering if anyone had any info about the stored F-28/B737/MD80 in the compound near ARFF BSH?

Are you referring to the Jakarta Airport Hotel? Are the shots better from a room in this hotel than on the rooftop of FM7 Resort Hotel? I am looking for the desire airport hotel around CGK for aircraft photography.

I haven’t stayed at the FM7 but i would think you would get better shots from there as your out in the open, if your at the Jakarta Airport Hotel you would have to take shots through the bedroom window of aircraft taxing pass .

Warung/Pink house is not applicable anymore since my last visit on 30 May 2019. I was a last person who did planespotting there. It only took 20 minutes for spotting before an avsec asked me politely to leave the place