Macau International Airport is an international airport in the Macau Special Administrative Region, located at the eastern end of Taipa Island and adjacent waters. It was put into commercial operation on November 9, 1995 during the Portuguese administration of Macau. The Airport is a fully functional 24-hour airport. An 11,000-foot ILS CAT II runway can handle long-haul flights. Equipped with complete passenger and cargo facilities, the airport is designed to handle 6 million passengers and 165,000 tons of cargo annually. Passenger numbers rose to 7,165,803 in 2017, exceeding the terminal’s original design capacity of 6 million per year. As such, the Macau government has been working on an airport expansion master plan since 2016.

As the flights are mainly to mainland China or South Asia, the number of airlines present in Macau is limited. However, there are often special visitors like the A300, B737-300 and B747-200. The airport has only one terminal and is a hub for Air Macau.

You can check the flight schedule for passenger flights at the official website. The airport operates 24 hours, so some special visitors may move in the dark. 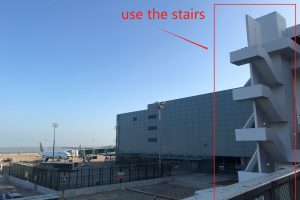 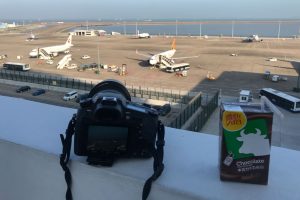 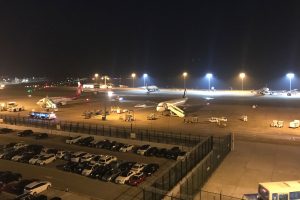 A minor update as I have just returned from Macau: To reach spot no.5 from the terminal or hotel area in Cotai you definitively have to rely on the bus or a taxi. Even if it seems not that far from some hotels it is not walkable. If you try to walk, Google Maps would lead you through a tunnel and a highway-akin major road without any sidewalk. Passing the tunnel is even forbidden for pedestrians by road sign and it is quite dangerous. Owing to some ongoing construction in the surrounding area there seems to be no other way to get there by foot.
Spot no. 2 is still inaccessible and it looks like some construction/ modification is ongoing.
Nonetheless it is still worth to wait patiently to catch some of the rare birds!

Thanks for the useful hint of spot 3 (church) Fabian.
-Julian