Dublin Airport, (Irish: Aerfort Bhaile Átha Cliath) (IATA: DUB, ICAO: EIDW), is an international airport serving Dublin, the capital city of Ireland. The airport is located 5.4 nmi (10.0 km; 6.2 mi) north of Dublin in Collinstown, County Fingal. In 2018, over 31,5 million passengers passed through the airport making it the airport’s busiest year on record. It is also the busiest of the state’s airports by total passenger traffic. It also has the greatest traffic levels on the island of Ireland followed by Belfast International Airport, County Antrim.

The airport has an extensive short and medium haul network, served by an array of carriers as well as some intercontinental routes focused in the Middle East and North America. It serves as the headquarters of Ireland’s flag carrier – Aer Lingus, regional airline Stobart Air, Europe’s largest low­cost carrier – Ryanair, ASL Airlines Ireland, together with a fifth airline, CityJet, which does not maintain major operations here. United States border preclearance services are available at the airport for US­ bound passengers. Shannon Airport is the only other airport in Europe to offer this facility.

Pictures taken from the major eastern position with a ladder

Pictures taken from the western smaller mound with a ladder 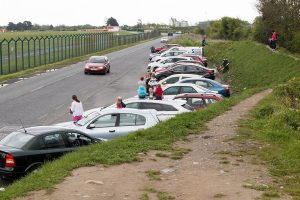 Overview of the mound 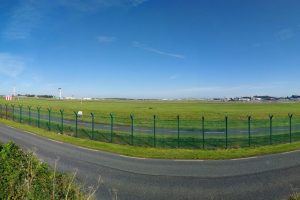 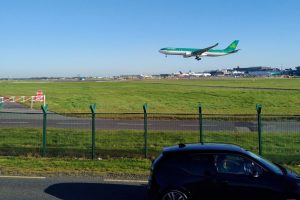 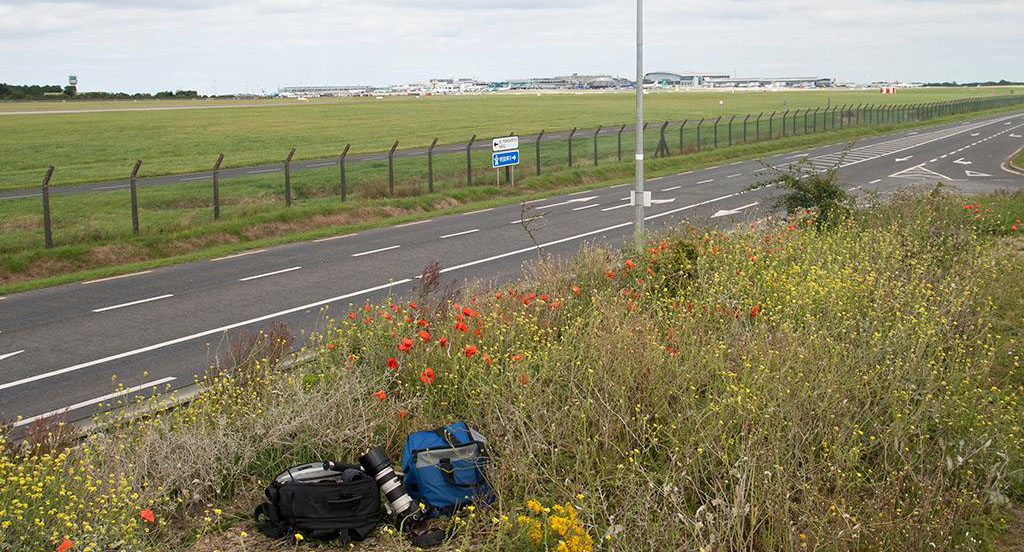 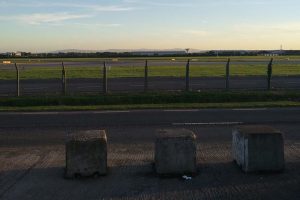 View from the parking 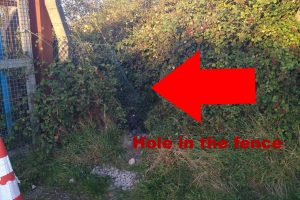 Way up to the mound 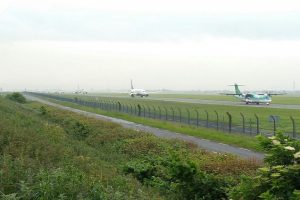 View from the mound 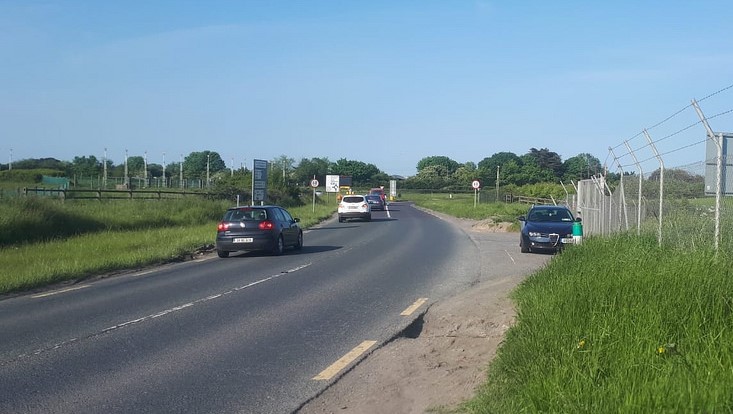 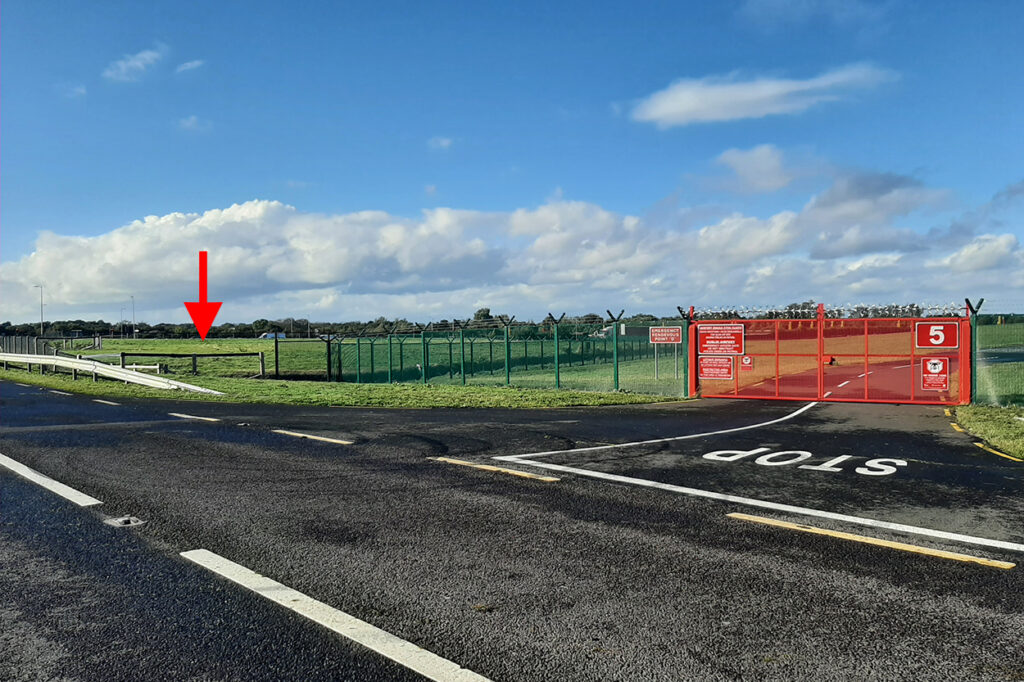 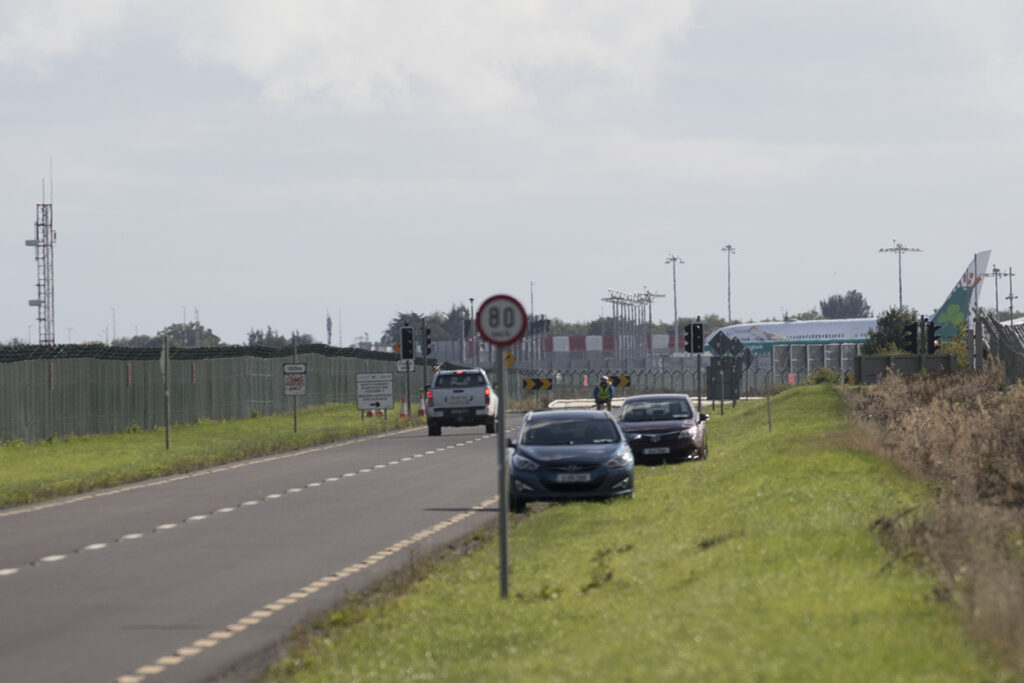 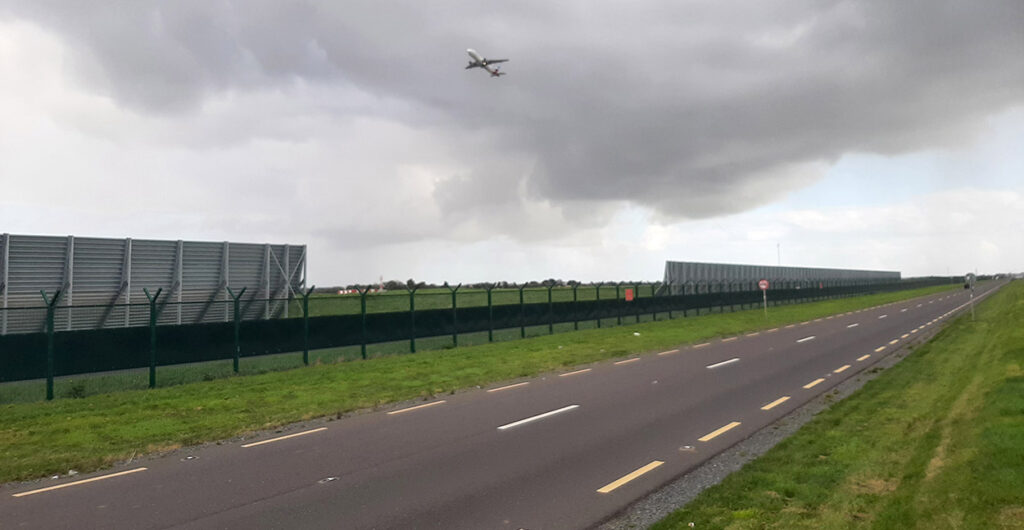 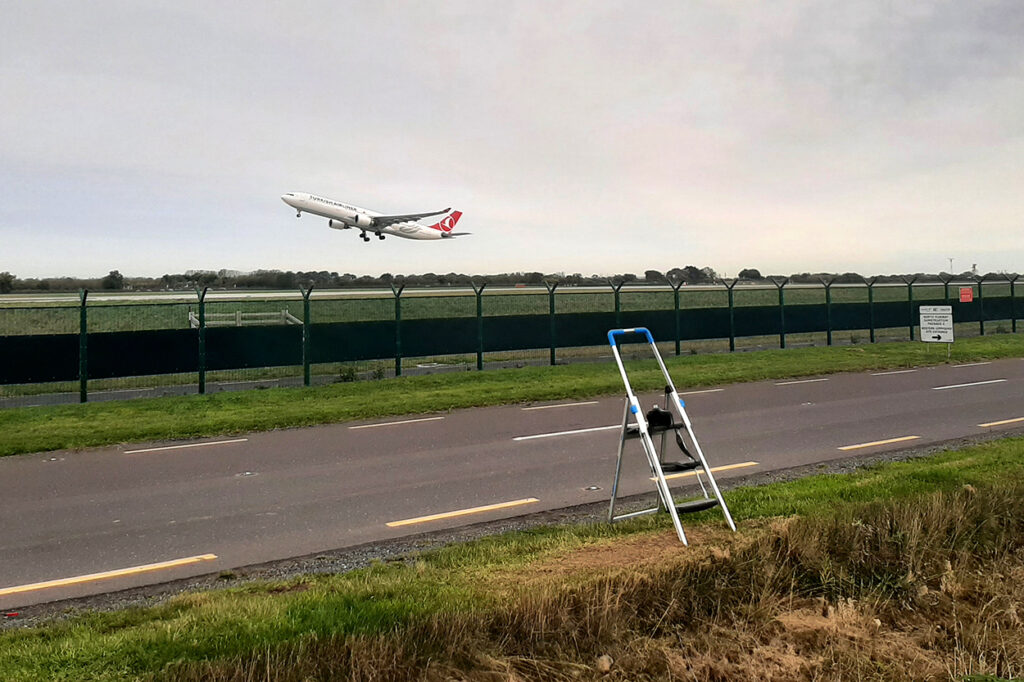 The new Runway is currently in operation from 9am to 1pm each day mainly in use for departures 28R. Spotting on the southside of the runway is possible all day. Car and ladder are recommended but you will get away without a ladder as most aircraft have lifted enough to clear the fence. The spot most popular with local spotters is on the R108 just past the entrance to the works area for the runway build . For easterly operations on 10L nice approach shots can be got on the R108 near the junction with the L3132.

Hi Mick, is it possible that you send us some more details and photos via our update-form please. This is the link: https://www.spotterguide.net/guide-update/
Cheers, Julian

According to information from the IAA the 2nd runway will open 28th AUG 2022 with the following operating concept:

During westerly operations and if both runways are operational:
Departures: 28R
Arrivals: 28L

During easterly operations and if both runways are operational:
Departures: 10R
Arrivals: 10L

I have added these info to the guide. Thank you for the input Stephan!
-Julian

Terminal 2 has no landside viewing available.

Terminal 1 has limited viewing from the Alcock and Brown café in the food court on Level 2. There are only two or three tables which have any view and if these tables are occupied you would have to stand beside the tables to view!

Viewing is much better airside, as you would expect.

This area is now gone for public use.
It is a staff only area accessed by a staff I.D.

You should keep in mind that this bus is for customers only. We had several conversations with the security which told us this bus is not for “everyone”. Eventually they were calm and friendly and allowed us to use the bus, but they also told us we shouldn´t use it again next time. So just as a reminder if you want to go to position 3&4.

Guide has been updated. Thanks for the info.

I heard again and again that there is a café or an open place offering seating on the upper floor of the old terminal building? Can anybody update me?

Hi
What is the viewing like airside after security ? if you are only going for the day ,and could you say airside