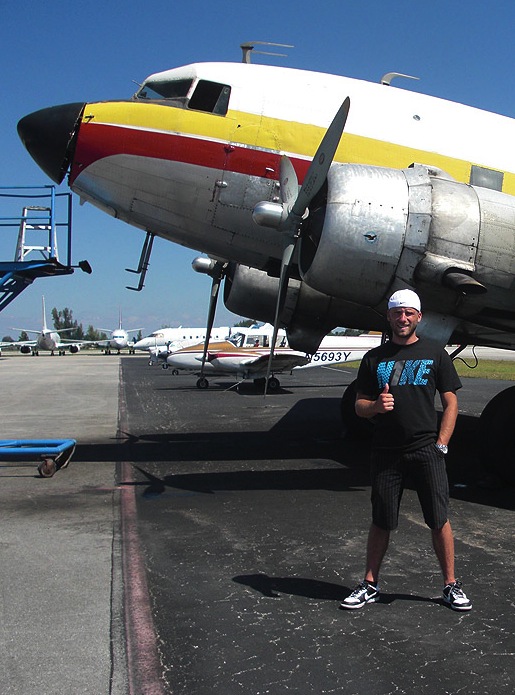 About: Julian (born 1982) is an aviation freak since he was born. His passion began with collecting diecast model aircrafts 30 years ago. 2004 was his first visit to the spotter platform in Frankfurt and since that he fall in love with plane spotting. He started pretty soon to get a DSLR Camera (a Nikon D70) and always wants the best quality for his pictures. He is hunting for the perfect photo positions, always to get the planes ideal in frame. Julian is always traveling all around the globe to visit new airports. His favorite country is the USA and he already visited a couple of airports there and wrote some guides about. He founded spotterguide.net back in 2013 to share his experience with other planespotters. 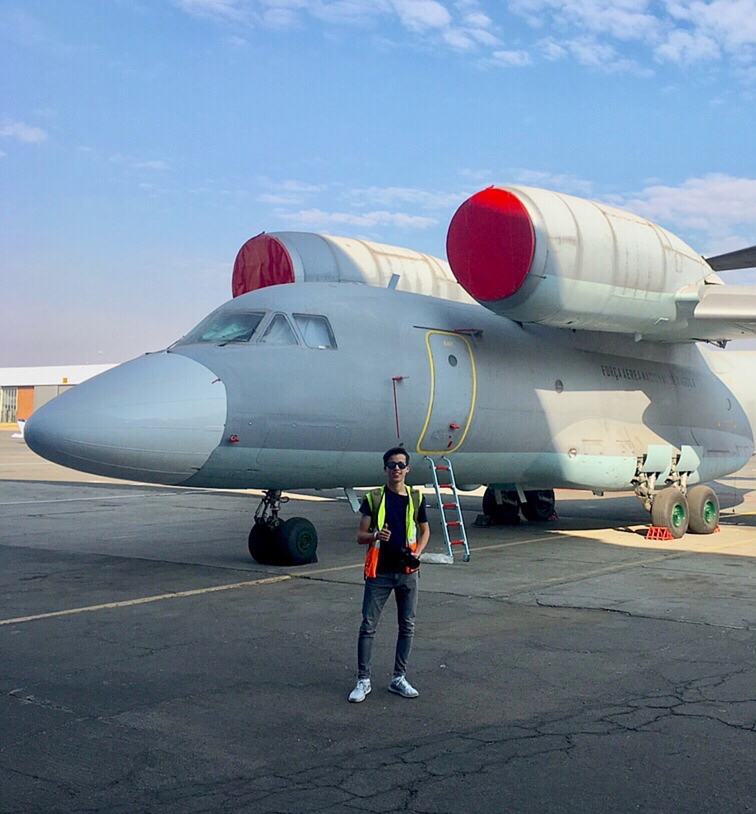 About: Severin has been interested in planes since he was a little boy. He started spotting in 2011 due to his father, who is a spotter, too. He really likes his hobby, so he got his first DSLR Body back in 2015. One Year later he started to upload his pictures onto different databases. Back in 2017 he decided to support Spotterguides.net and started writing guides. Severin ist still studying, but already looking forward to his aviation-internships in the future.

More of his pictures can be found here. 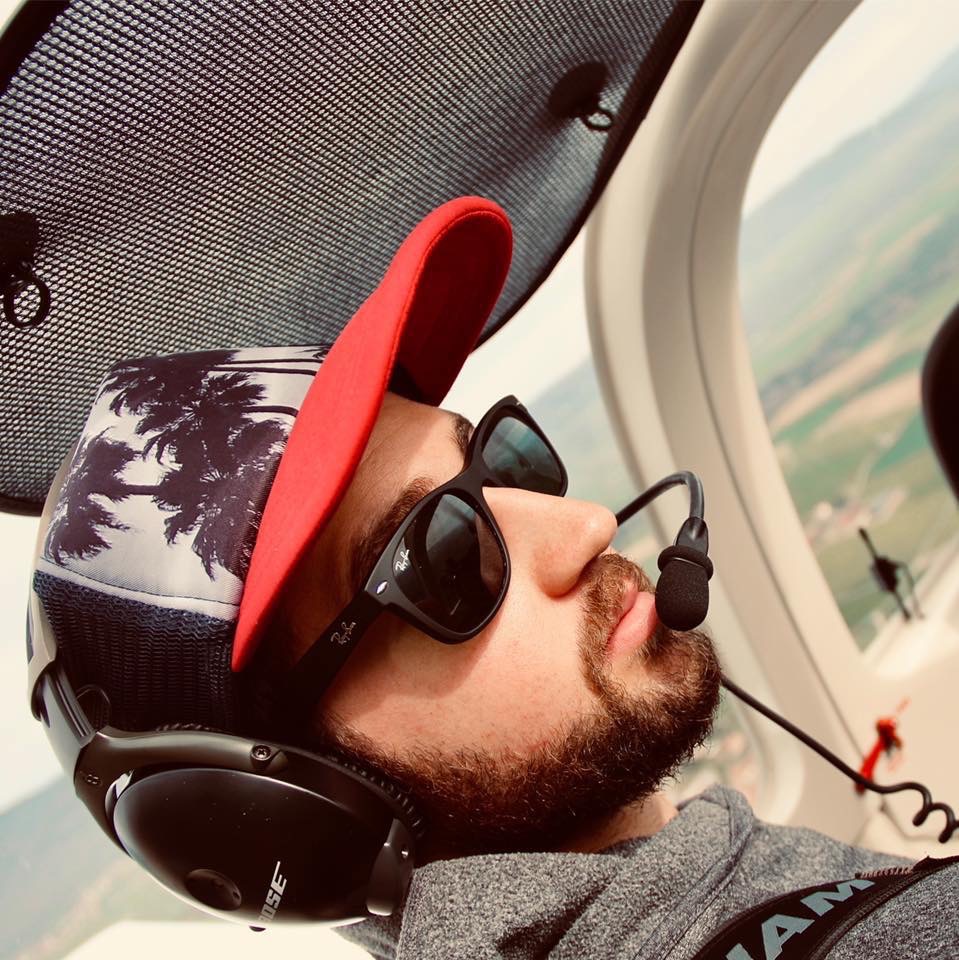 About: Jeremy (born 1995) following his father path, Paul Denton, he started spotting in 2006 at 11 years old. He studied from 2012 until 2015 at Skyguide Swiss Air Navigation Services which is the air traffic control of Switzerland. Afterwards he served for a year his country by accomplishing his military service at Sion AFB. Finally after completing his duties he is now working since 2017 as a banker. He was based 3 years at Dubai, UAE therefore he has been able to brought forward some interesting stuff in the Middle East region as well as a 6 months language exchange in Australia he recently reached +9,000 pictures on JP . He is well-known as a Business jets lover :)

Click Here to view his aircraft photos at Jetphotos! 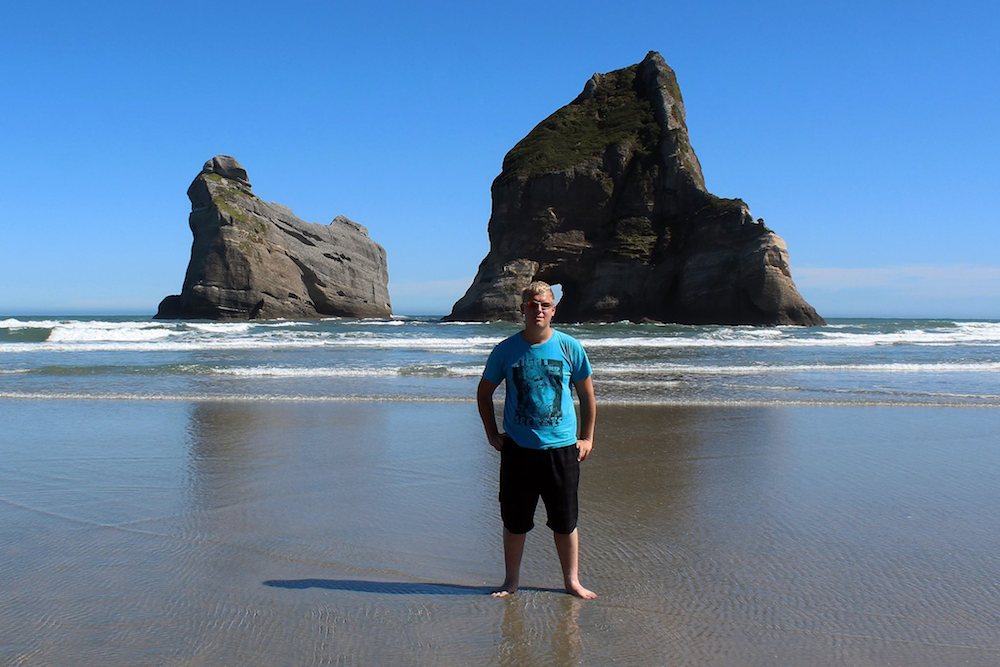 About: Patrick (born 1992) is an aviation freak since he is six years. 2002 he has been the first time in Frankfurt on the observation deck just to watch for some planes. The first time he was photographing planes was 2005 in Stuttgart with a digital camera. After a few years with a digital camera he upgraded to Digital Reflex Camera (a Canon Eos 1000d in 2011 Canon 600d). Since then aim to get high quality photos was the main target. Patrick is travelling around Europe but also a few times worldwide including a gab year in New Zealand, Australia and Asia. His favorite Country is New Zealand and he has the most of the larger airports there and wrote the Guide about Christchurch. 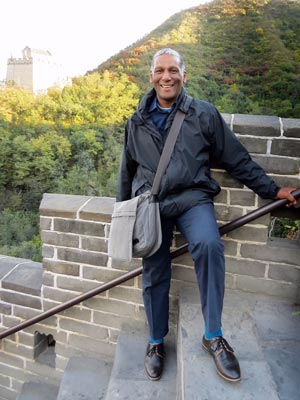 About: Clive was born in 1954 in Kent, southeast England and for his entire adult life he has been based in London. For the last twenty two years he has lived in Ealing, West London with fast access to Heathrow Airport, so that he can get away easily on his many aviation trips. Clive has had an interest in aviation, particularly civil aviation, since his early teens when he and his best friend would regularly head off to Heathrow or Gatwick to watch the activities and log the registrations. He bought his first camera, an East German Zenit-B, in 1973 and photography became the focus of his aviation hobby shortly after that. His working life was spent almost entirely within the field of aviation. He started out as an air traffic control assistant in 1973, progressing to become an air traffic controller in 1980. In his later working years, Clive moved on to airspace design and finally airspace regulation rôles before his retirement in June 2016. Unfortunately for him, during all that time he never worked at an airport, so his hobby could only be pursued in his time off. However, since his retirement, and in fact for several years before, Clive has been fulfilling his dream of travelling the world to take photos of aircraft at every available opportunity and he intends to carry on doing so for as long as he possibly can.

Base: Ealing, near Heathrow EGLL

Equipment: Nikon D7200 camera plus spare, Nikkor DX 18-55mm and 55-300mm lenses. Clive also keeps a Nikkor 55-200mm lens in case of emergencies, but his most expensive lens, a Sigma DG 50-500mm, tends to get left at home, as its size and weight doesn’t easily fit with the sort of action photography that Clive prefers.

Find more of his pictures on the Facebook ‘Plane Mad’ site. 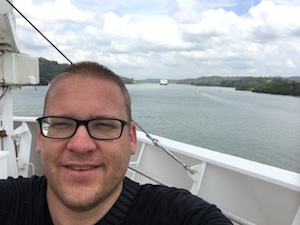 About: Thomas (born 1976) grew up near Frankfurt Airport and visited the airport’s observation deck on numerous occasions as a kid and a teenager. An Aviation Geek ever since, all those visits fueled the desire to pursuing a career in aviation, which he eventually did (Airport Ops, Aircraft Manufacturing/Engineering, Jet Engine MRO), but he only got into serious plane spotting when he finally decided to get his first DSLR Camera (Nikon D5300) back in 2015 and it makes him go really mad that he has missed all those years, where Tri-Jets and 747's were regulars in the sky! Since then he has been to many airports around the globe and uses every occasion to go spotting while traveling. He also enjoys exploring aircraft bone yards. 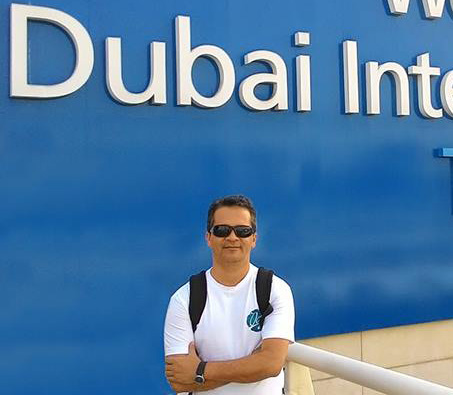 About: Ediney (born 1967) at age 8 saw a plane shot for the first time, and it was love at first sight. He started taking serious photography from the year 2000, since then he has been visiting airports around the world to record everything he can and learn more about the art of photography. 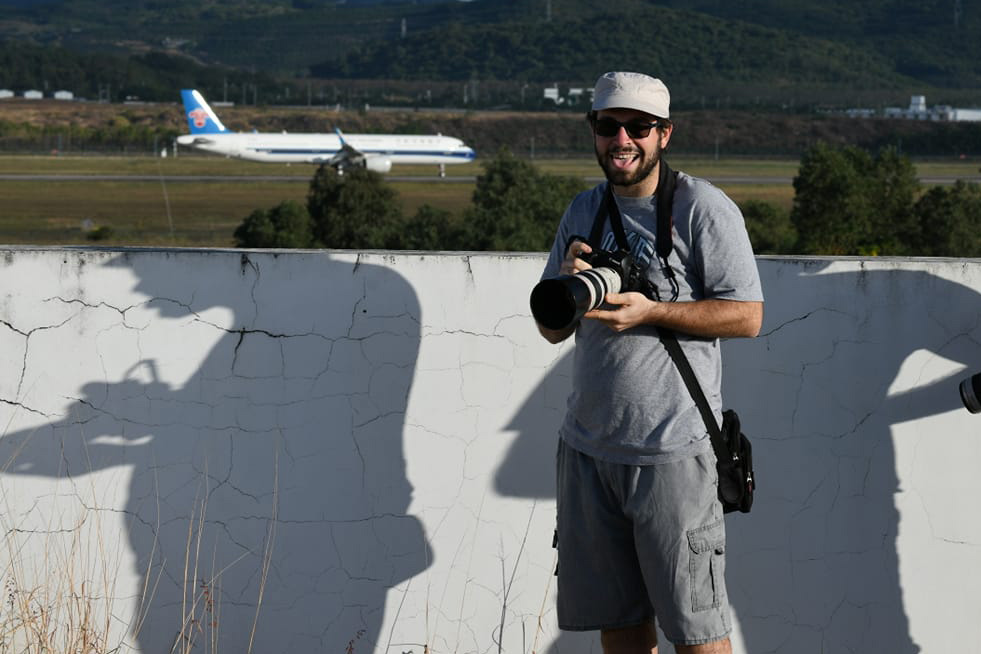 About: Federico, known as “Tomba”, (born 1994) has always been a spotter due to his father Alessandro Tombarelli, who is also spotter. His goal is to travel the world, in particular to secondary airports, in order to raise their value showing very nice spotting locations unknown to the majority of the spotter’s community. He mainly travels with slides photographers, so he always looks for the perfect location. He is an all-round spotter with a love for gliders. In 2018 he started writing for Spotterguide and would like to be the point of reference for every spotter that desirers to visit Italy.

Find more of his pictures at JETPHOTOS.COM 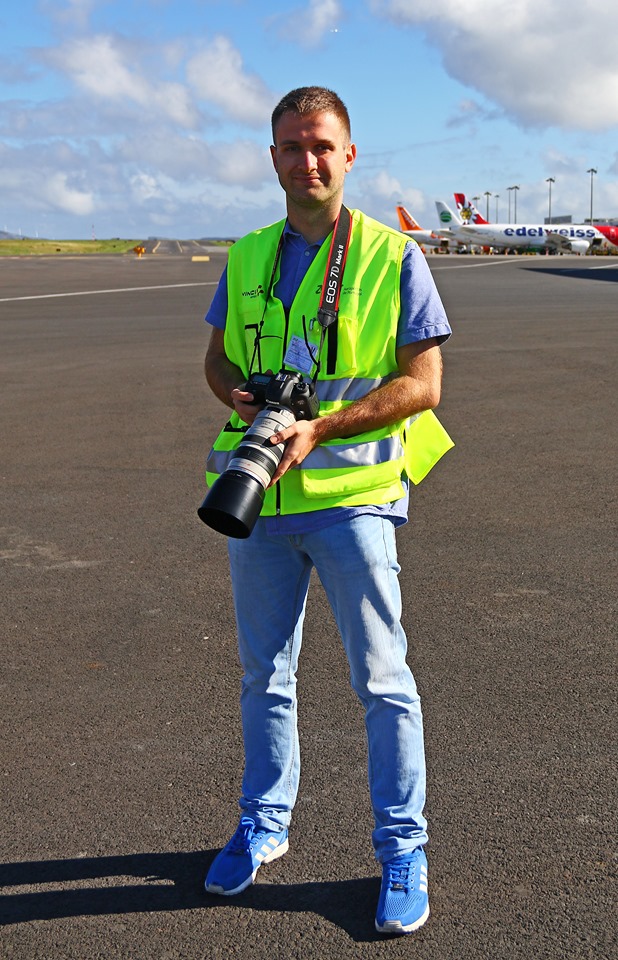 About: Martin (born 1991) started with aviation photography in 2001, when he moved with his family into the final approach of Dresdens Airport RWY04. With his father together he started travelling around Europe and when he was older also to North America, Caribic, Asia, Australia/NZ with a gab year in New Zealand. Since June 2018, Martin is "Photo-Screener" at Jetphotos.com and joined in January 2020 Spotterguide. 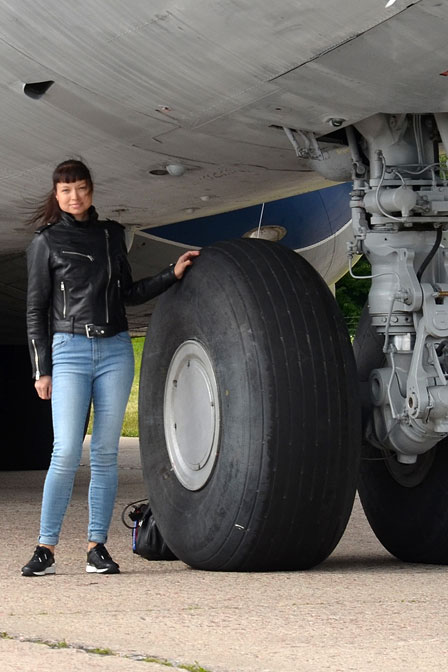 About: Anna (born in 1977) has been interested in aviation since here childhood. Her summerhouse was located near a military base, so she was used to the sound of MIGs and Sukhoi-s since infancy. Airplanes arriving to Tallinn flew past the balcony of their apartment at an altitude of about 400m. At first she started collecting everything related to aviation: pocket calendars, postcards, and aviation magazines. In early 2000s she learned that there was such a hobby as airplanes spotting, however she started spotting only in 2013. She travels all over the world a lot both for business and pleasure and she use every opportunity to visit as many airports as she can. She is a classical spotter who collects registration numbers. 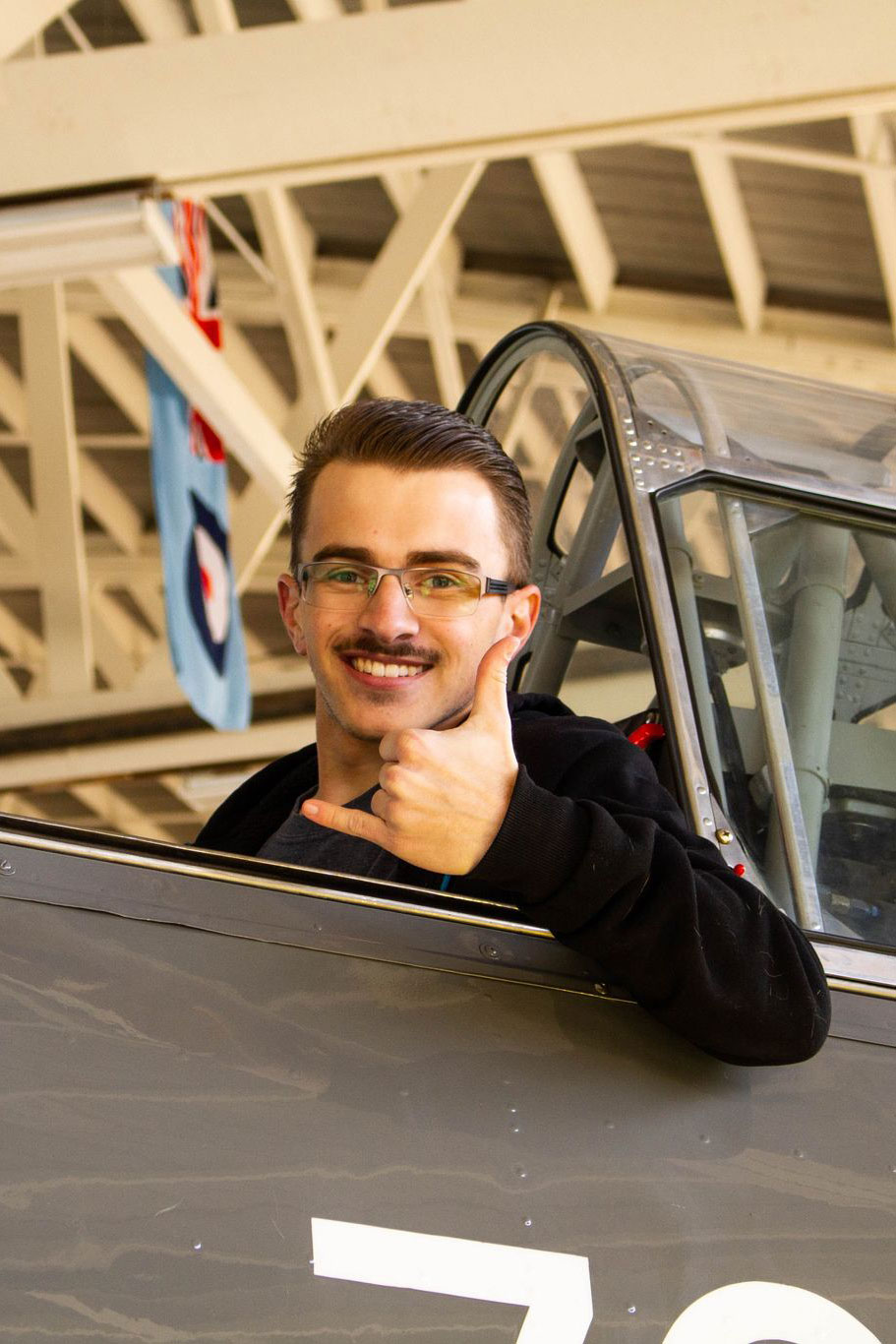 About: Jake (born in 2001) has been an avid aviation freak since 2012. Jake first got bit by the aviation bug in 2009 when he took his first flight on Southwest Airlines from Phoenix to Orlando. Jake started aircraft photography with a cellphone and now Shoots with a fleet of Canon 1D series DSLRs and his 150-600, affectionately known as Big Bertha. Jake has a heart for the smaller airports in the US, and likes to find private jets and GA aircraft. In his spare time, wrecks and relics are also fun to hunt down too.

Without YOUR dedicated work we would never be able to publish so many guides. Spotterguide wish to thank: