Hannover Airport (HAJ/EDDV) is located 11 km north of the Hannover city centre in Langenhagen. It can be easily reached by car from motorway A352 exit Hannover-Flughafen or by commuter train S5 from the main station. In 2018 6 million passengers were handled. The airport was opened in 1952 with one runway (today 09R/27L). The 2nd runway (09L/27R) was opened in 1966 and reached the today’s length in 1990. The current terminals A and B were opened in 1973, terminal C in 1998. The airport is open 24 hours, so some traffic is shifted to the night. TUIfly is based in HAJ and operates also a maintenance station here.

Besides the regular visitors, there are sometimes cargo charters by a big car manufacturer from Wolfsburg, which can be handled by different cargo airlines, e.g. Cargolux, Air Cargo Global, KLM. During international fairs in Hannover special charter service can be seen, but the number decreased in past years. You can check the flight schedule on https://www.hannover-airport.de/ . Some special visitors are announced on https://www.haj-forum.de/

HAJ has a huge number of possible spotting positions, but some of them are only useful for special occasions like night shots in winter. In this guide you will find the most important spots to visit in HAJ. The observation deck is also part of the spotter guide, but the photo opportunities are quite limited. You’ll find more information at spot #20.

Some parts of the airport fence are already equipped with a new and higher fence. At these areas it’s possible to take pictures between the top edge of the fence and the barbed wire by using a 3-step ladder. Unfortunately the razor-barbed wire is extremely sharp, so the chance to hurt your hands or scratch your camera is quite high. To be safe a 5-step ladder is needed. 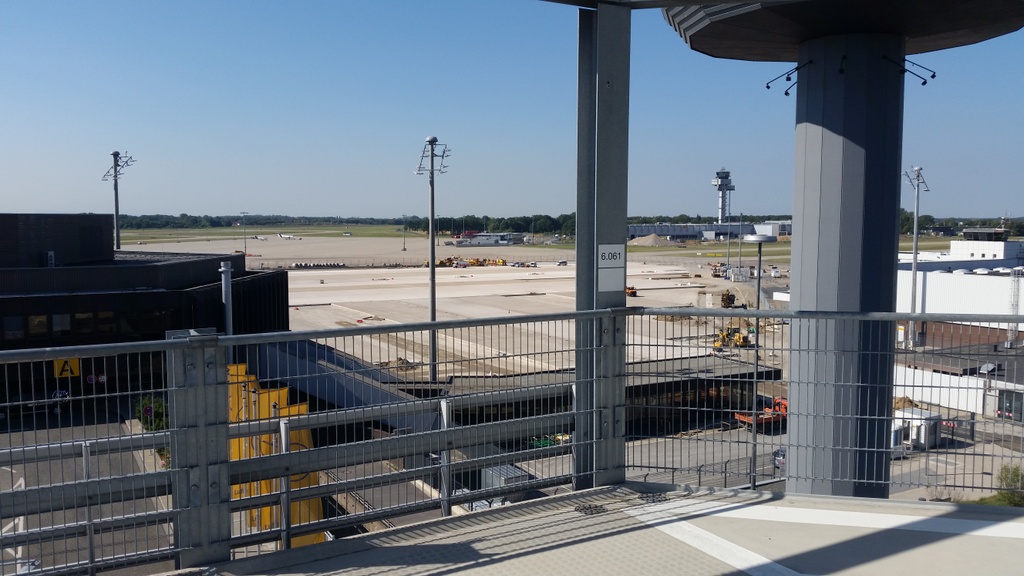 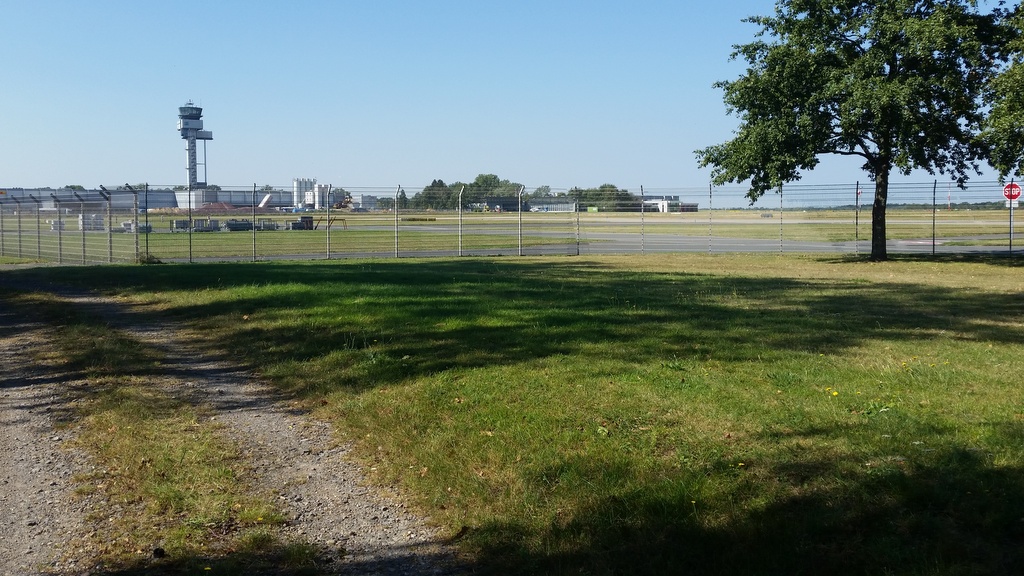 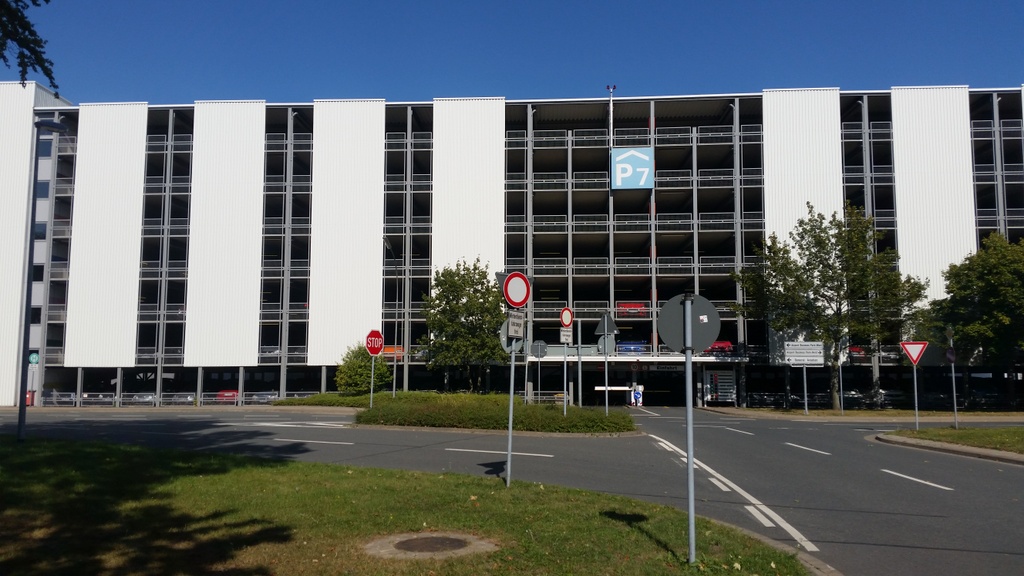 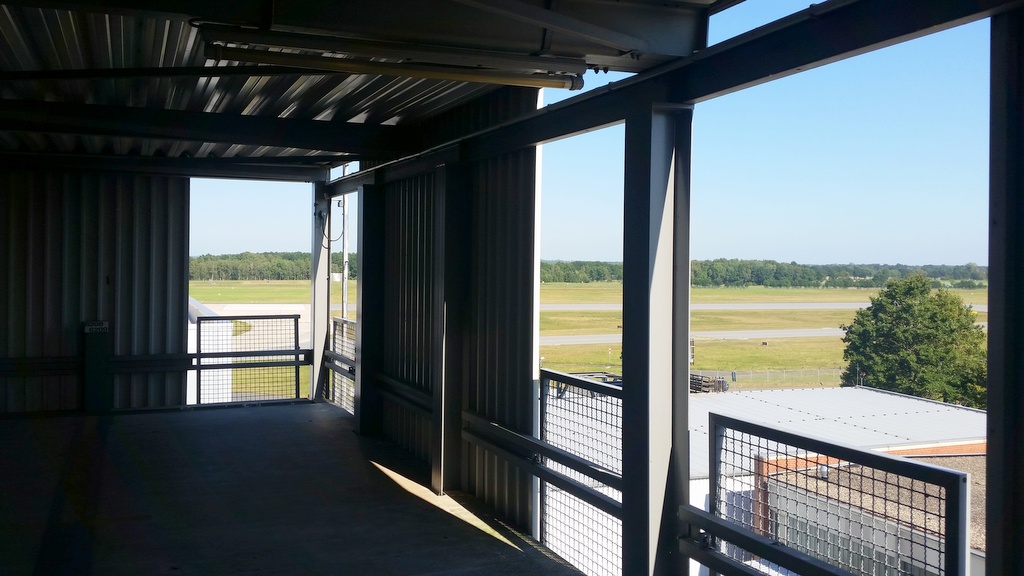 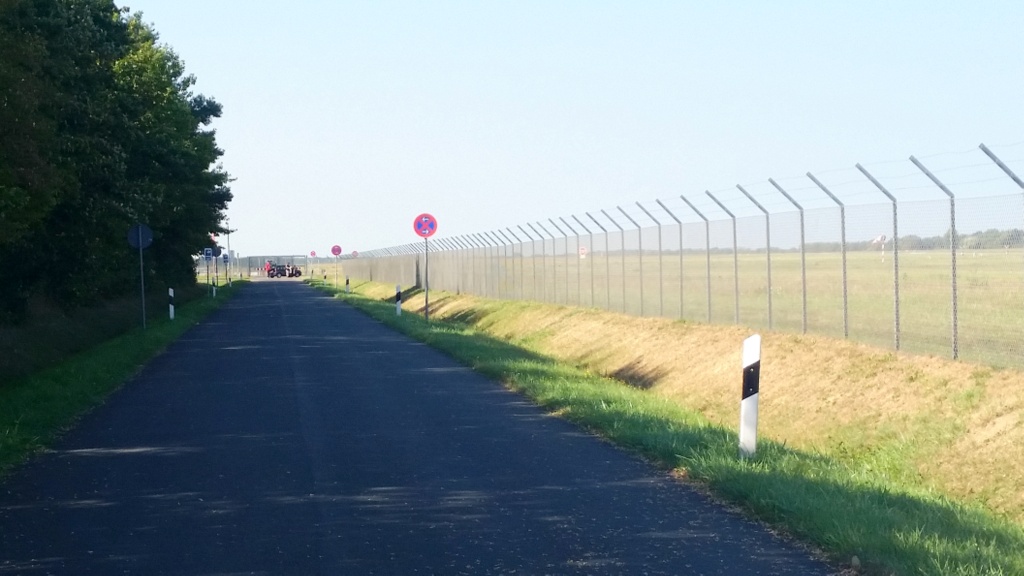 Lärmschutzhalle - Final and Line up 09L 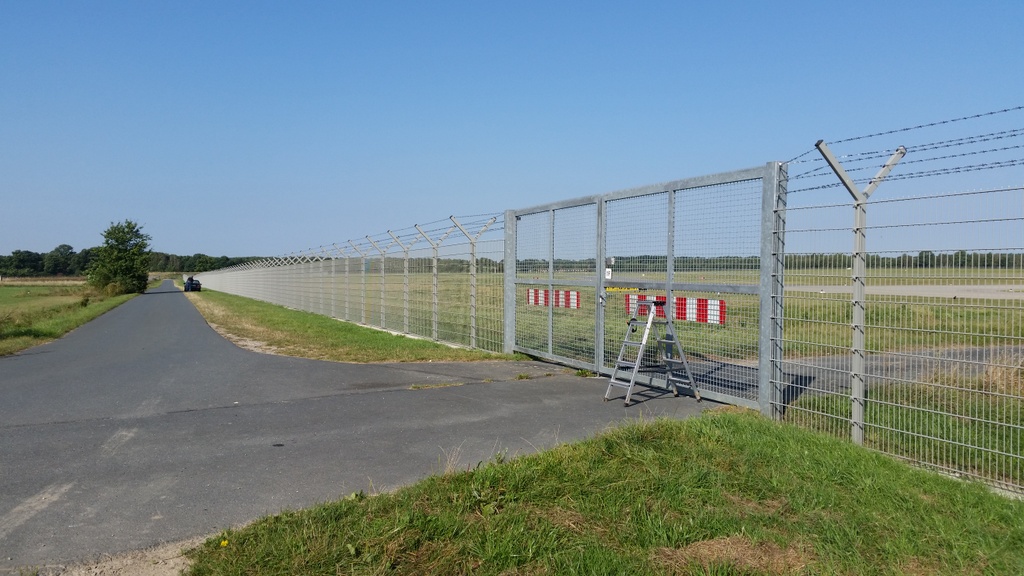 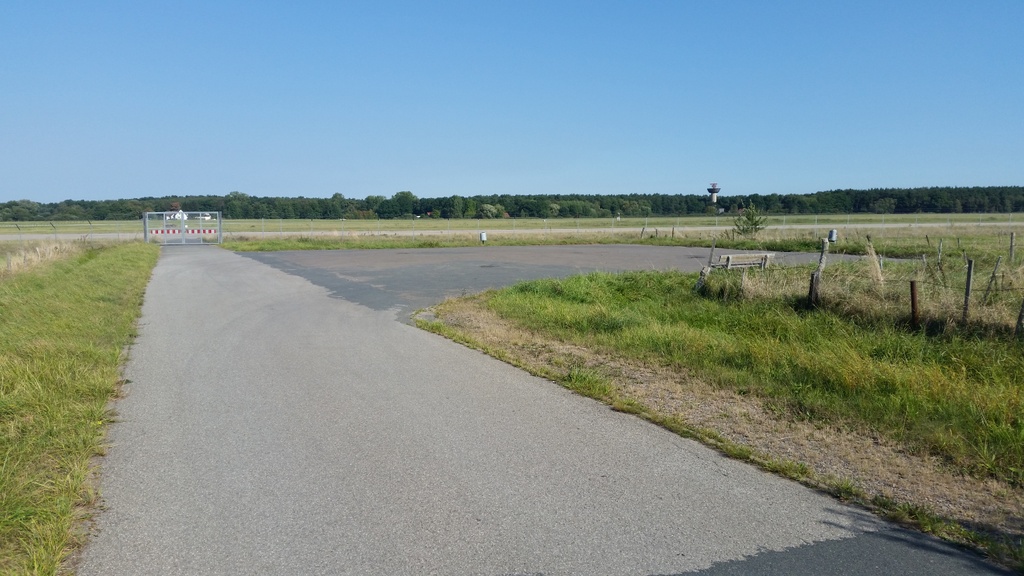 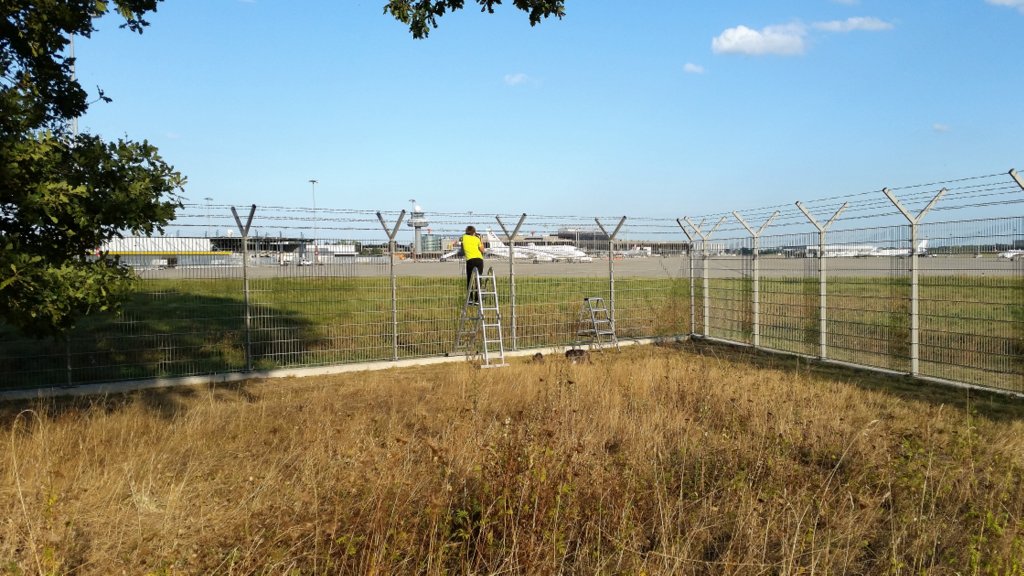 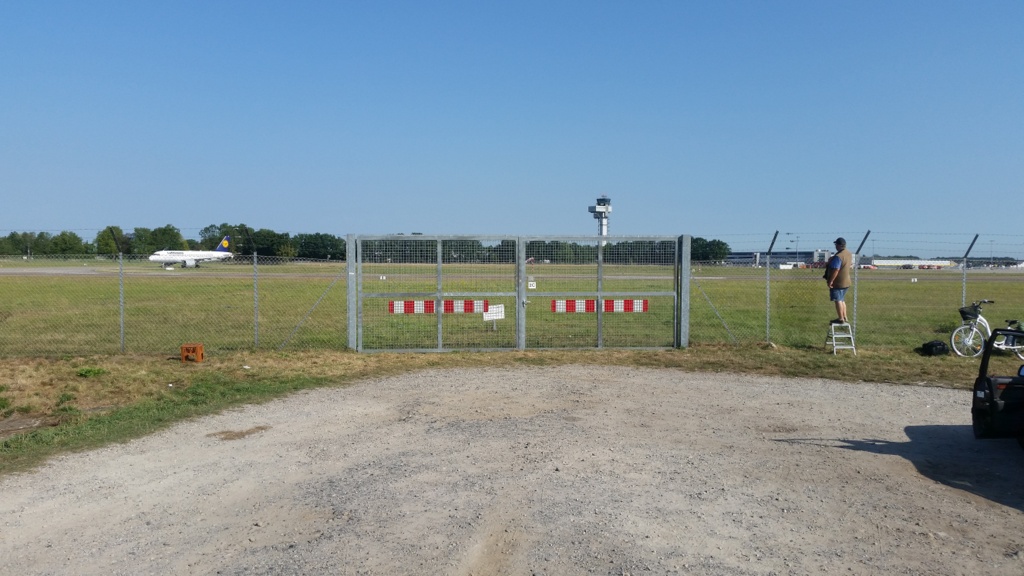 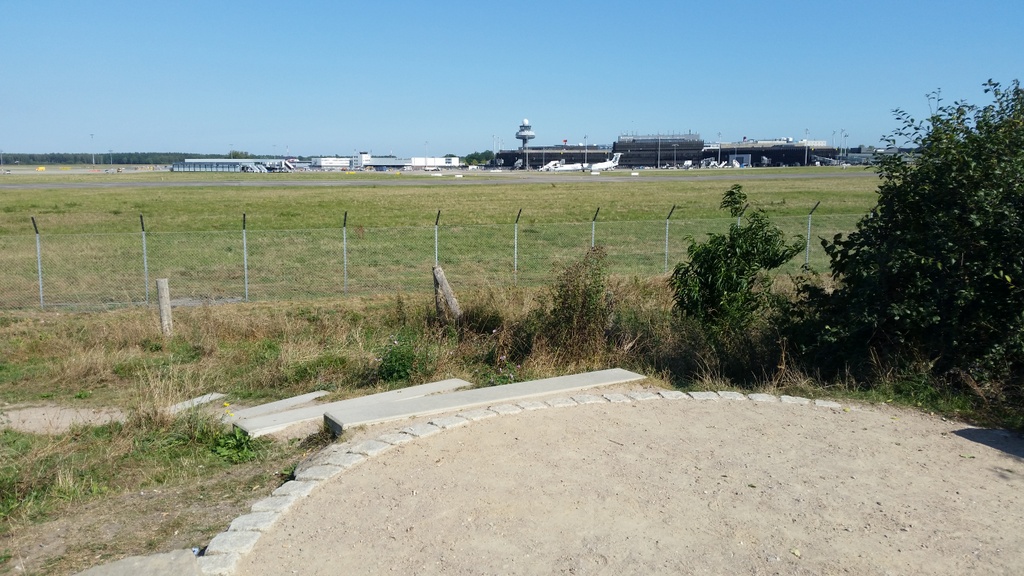 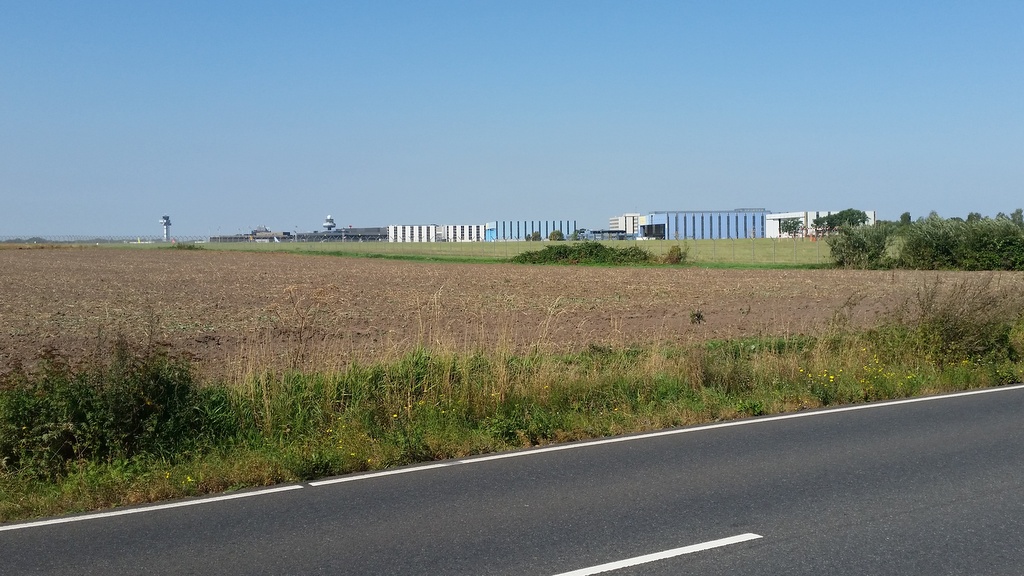 Viewing terrace - Parts of the apron