Ibaraki Airport (茨城空港, Ibaraki Kūkō) (IBR/RJAH) is an airport in the city of Omitama, Ibaraki Prefecture, Japan. It also serves as air base for the Japan Air Self-Defense Force (JASDF) under the name Hyakuri Air Base. It is the closest fighter base to Tokyo. The airport is located about 85 km (53 mi) north of Tokyo, and is intended to serve as a low-cost alternative to Tokyo’s larger Narita and Haneda airports. Built as a result of large public investment, the airport has been criticized as being a symbol of wasteful government spending and as being unnecessary, opening with only one flight per day. As of 2017 all of the remaining (R)F4s of the JASDF are operated from Hyakuri. As of today there are only a handful F-4s and RF4s left, the RF-4s are to be phased out soon, the normal F4s of 301SQN should care on some time. Since the end of 2019 there are a F-2s based here as well.

Apart from military flights, the airport also experiences civil usage as several services flown by regional Asian Airlines a day create a bit variety. Most routes are flown by Skymark Airlines within Japan, but also Spring Airlines is a regular guest here as well as sometimes FDA and Bamboo Airways. However, this all just brought Ibaraki airport a bit more than 500.000 passenger last year. The civil usage was just started back in March 2010 after huge investments and is slowly growing.

To get to spot #1, keep on moving on this way and pass this gate mentioned above. Shortly afterwards you’ll then end up at the spot. 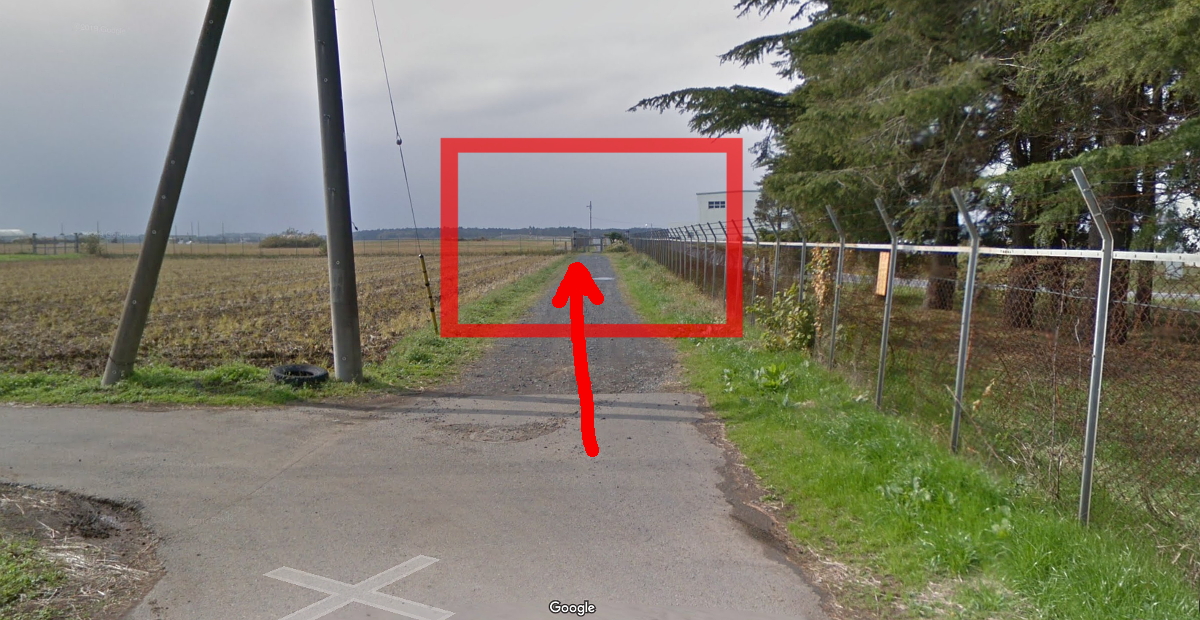 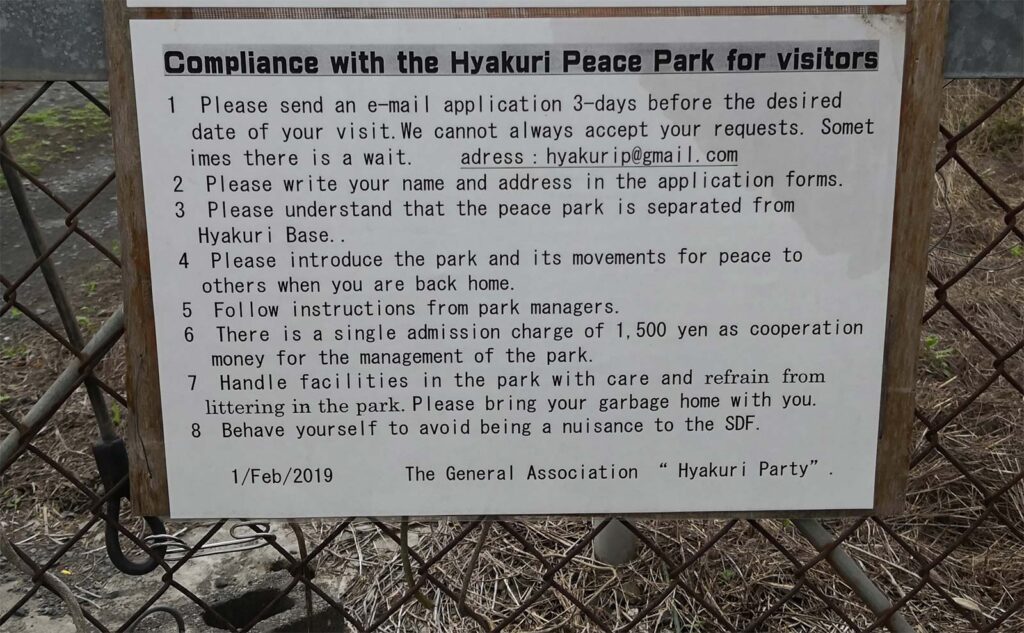 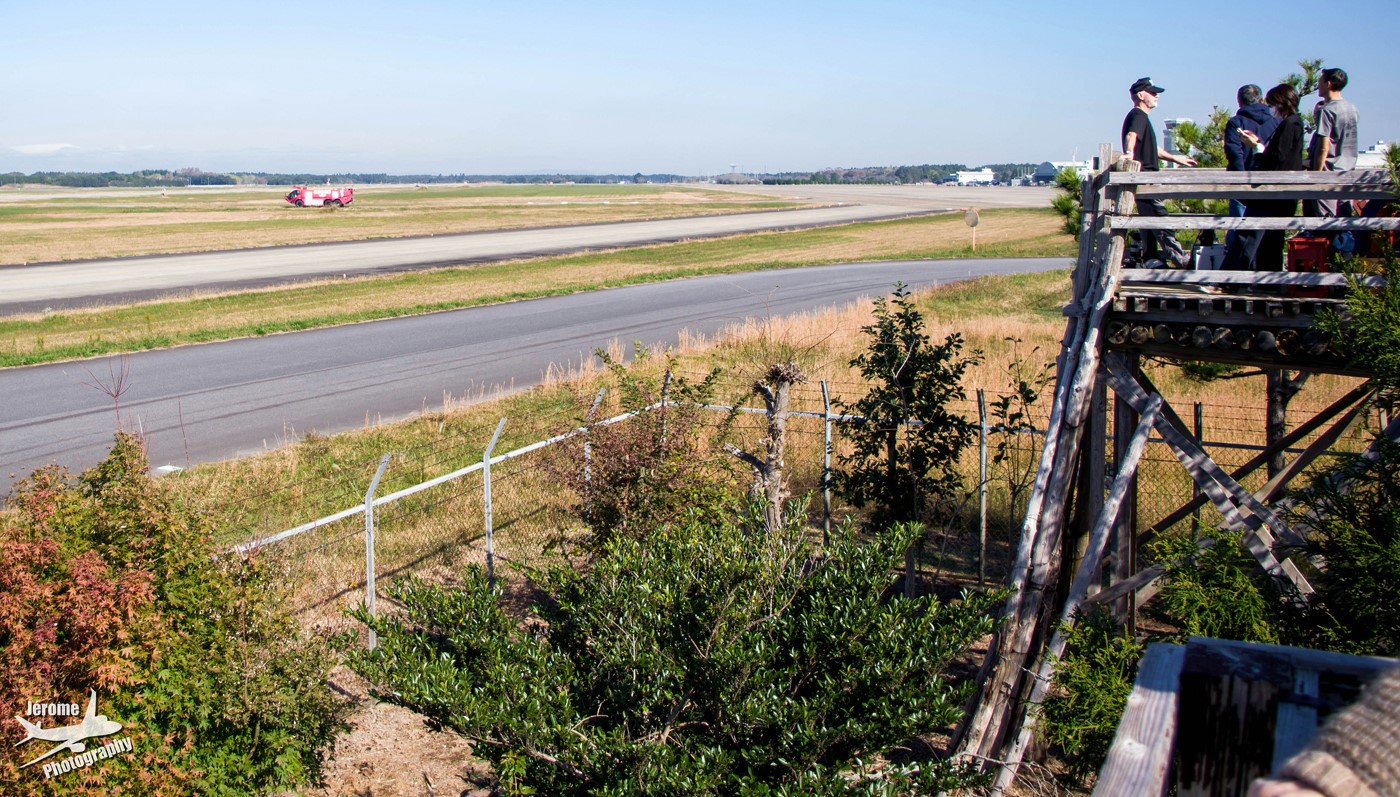 Drive up to the fence from the west and then turn right as marked and keep moving between the fences till you get to the spot in the south – source: Google 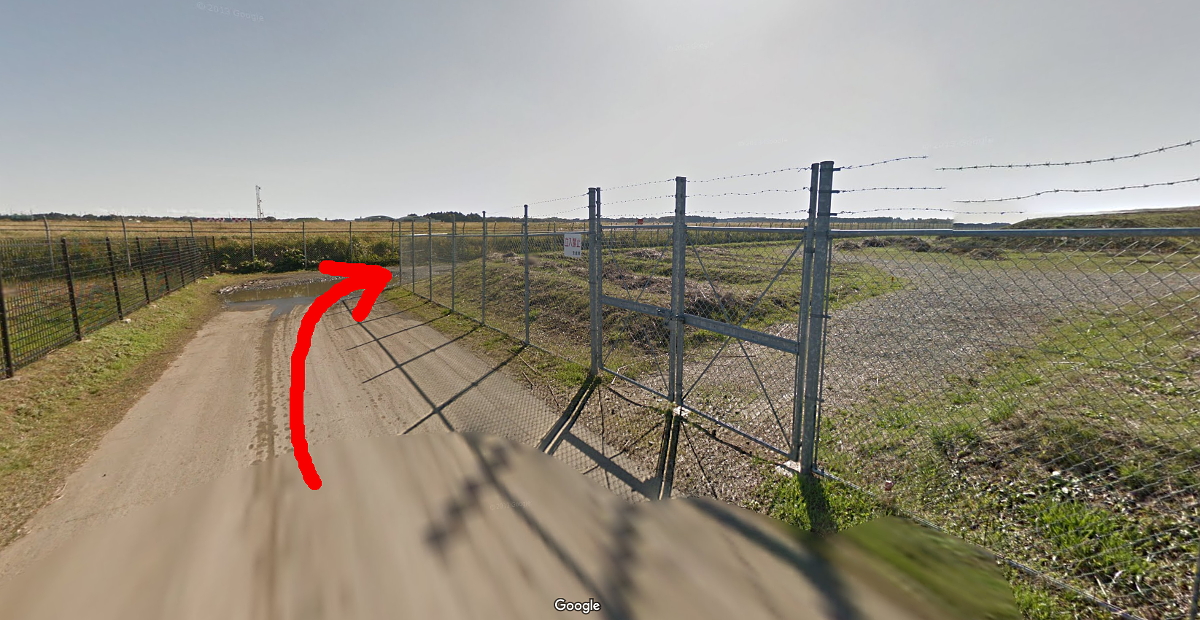 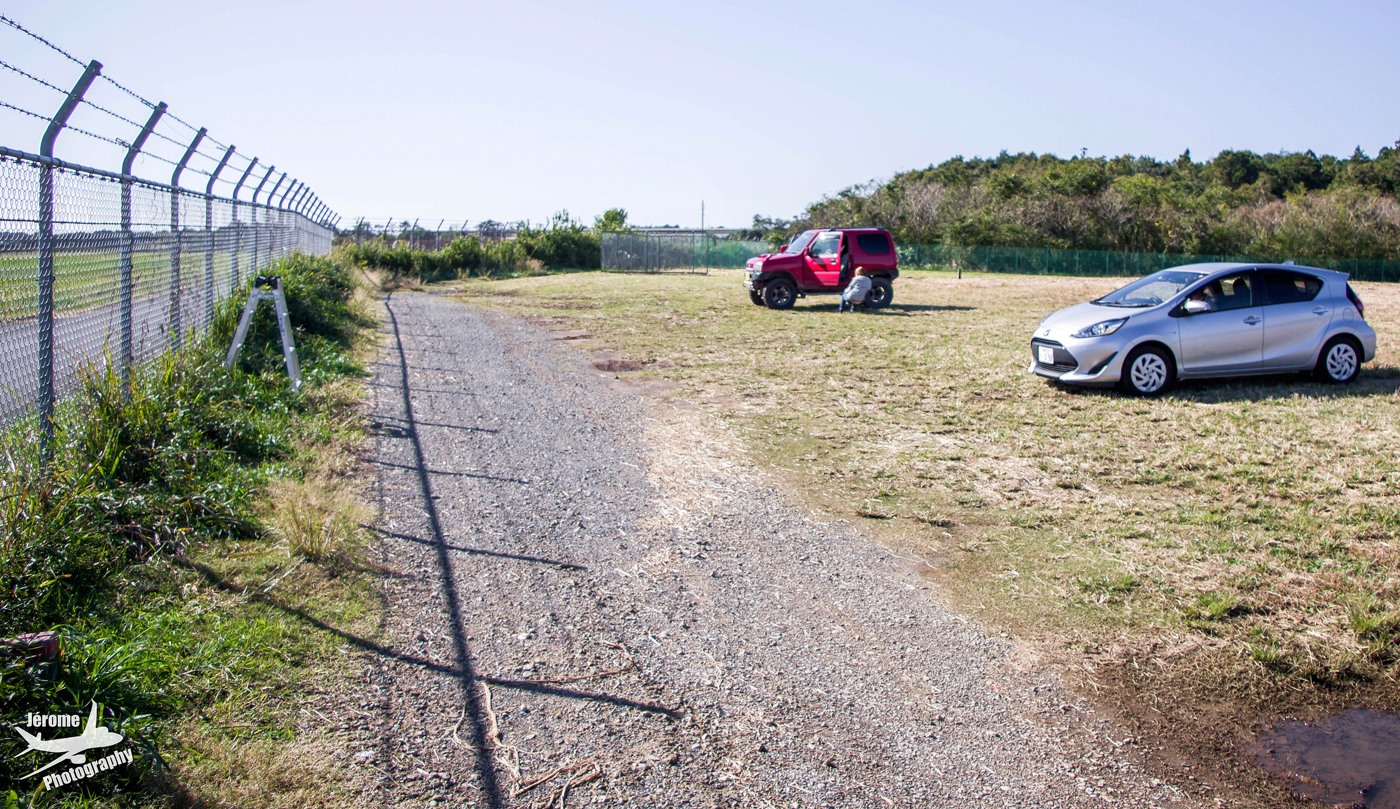 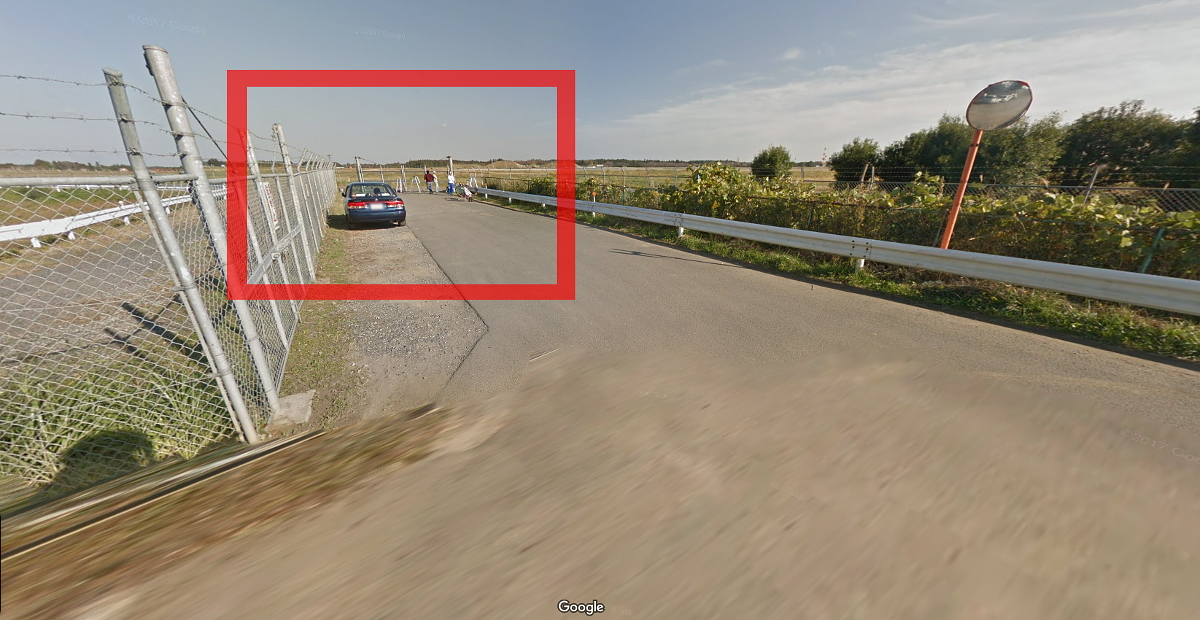 When I visited Hyakuri in 2019 this sign was posted on the entrance to spot 1. 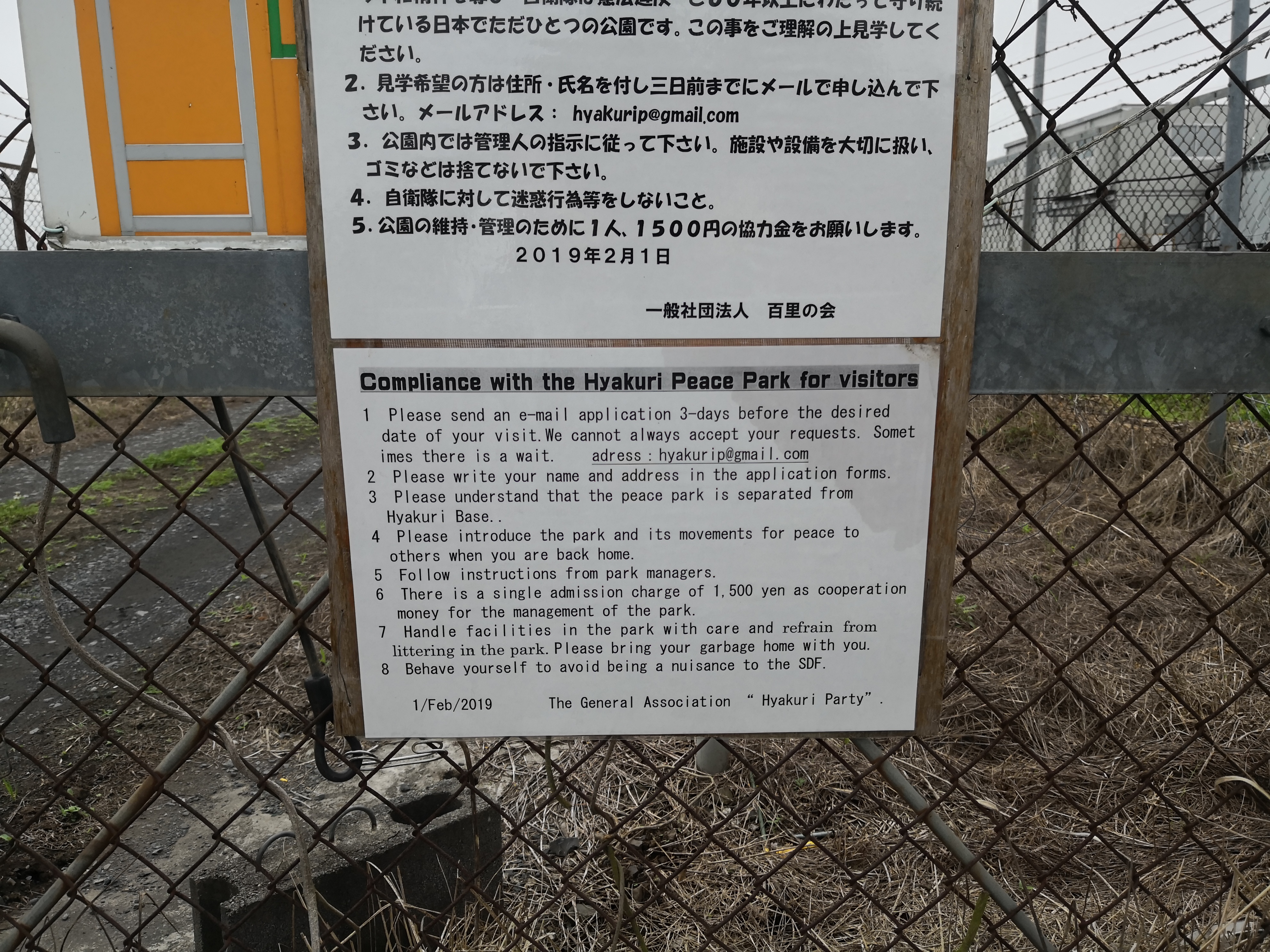 The airport is also easily reachable as a day trip from Tokyo. There is an airport bus from Tokyo station that runs from early morning to late evening, and car rental is available at Hyakuri.

Thanks for the hint with the application email Kristoffer. I have left some side notes in the guide.
-Julian