Fliegerhorst Neuburg an der Donau (-/ETSN) can be found directly southeast of the city of Neuburg itsself and roughly 20km southwest of Ingolstadt. The airfield was opened in 1936 as a real air base for the NS-Air Force, although the first military aircraft already landed here in 1912. As the airport was a big miliary base during the NS-time and WW2, serving as schooling and developing airfield for the first German fighterjets, which were then based here since December 1944, the US troops bombed the airfield in March 1945 three times and almost completely destroyed the former base area.
On behalf of the US troops, an airbase was however newly founded back in 1961 again here and since then, the Fliegerhorst is home to the German Air Force “Taktisches Luftwaffengeschwader 74” – nowadays with its fleet of Eurofighters. 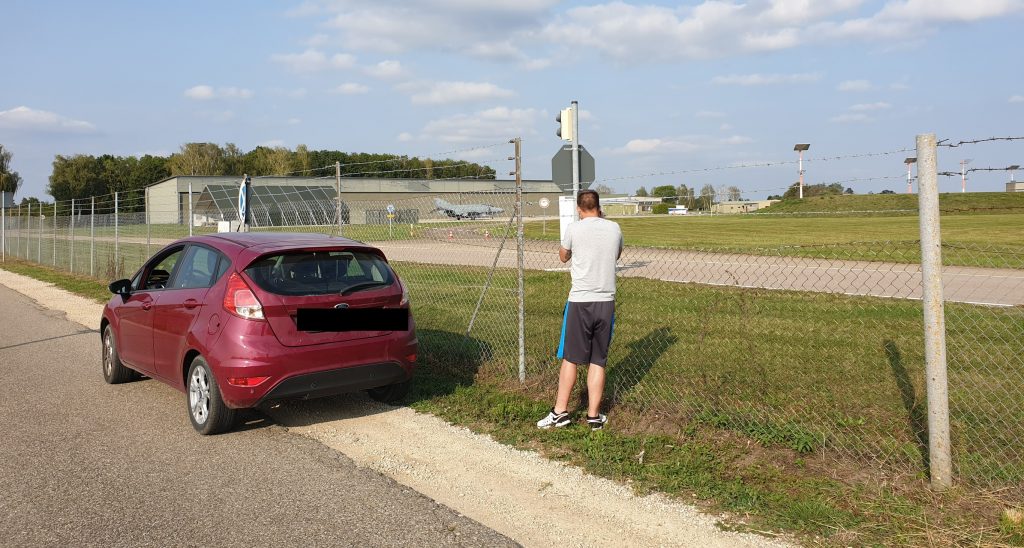 View from a ladder to the west: 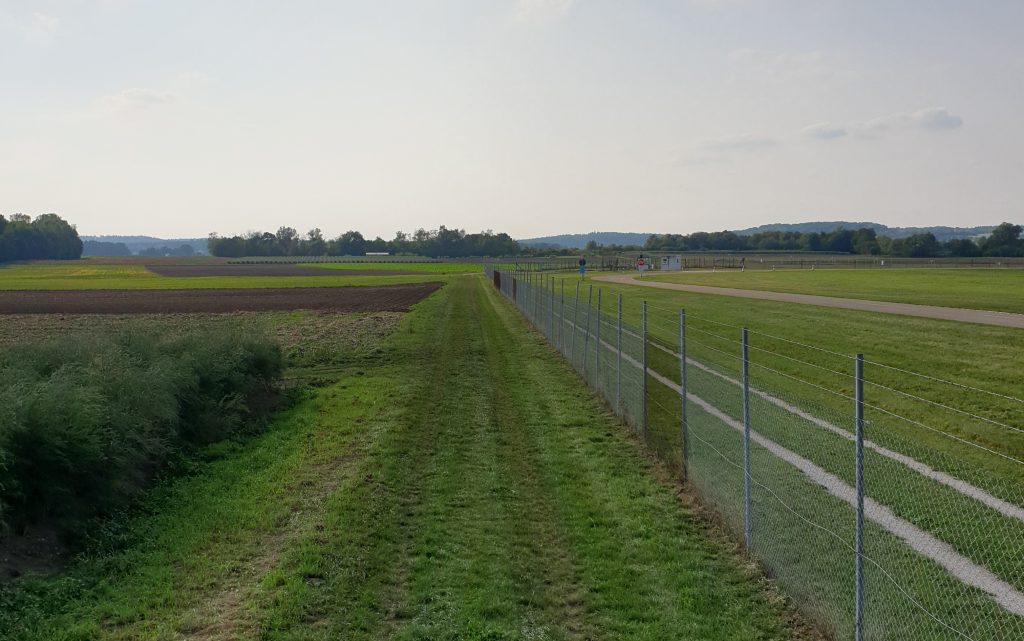 View from a ladder to the east: 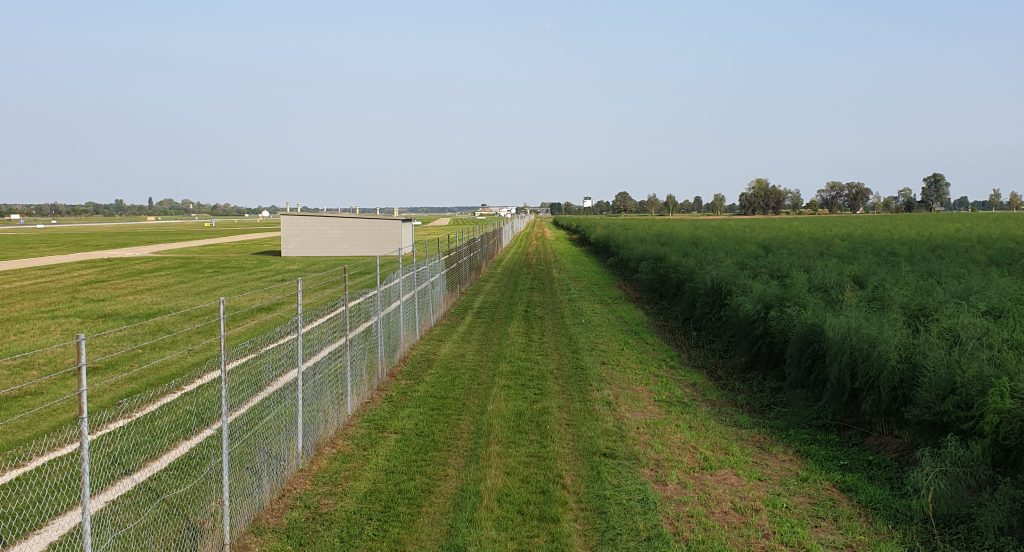