Ostend-Bruges is the main international airport for West-Flanders. Although it used to be a mainly cargo airport it is seeing growing numbers of passengers, with nearly 400 000 passengers and 25 000 tonnes of freight. Tui Belgium has a base at the airport and is actually the only regular scheduled passenger airline. Another regular scheduled airline is Egyptair Cargo with it’s A300F and A330P2F aircraft.

Aerotranscargo is also not an uncommon visitor with B747F aircraft. Apart from this, the airport now and then receives special types, often Russian/Soviet aircraft such as Antonov 12, 22, 124, … ,which can make the trip to this rather small airport quite interesting. 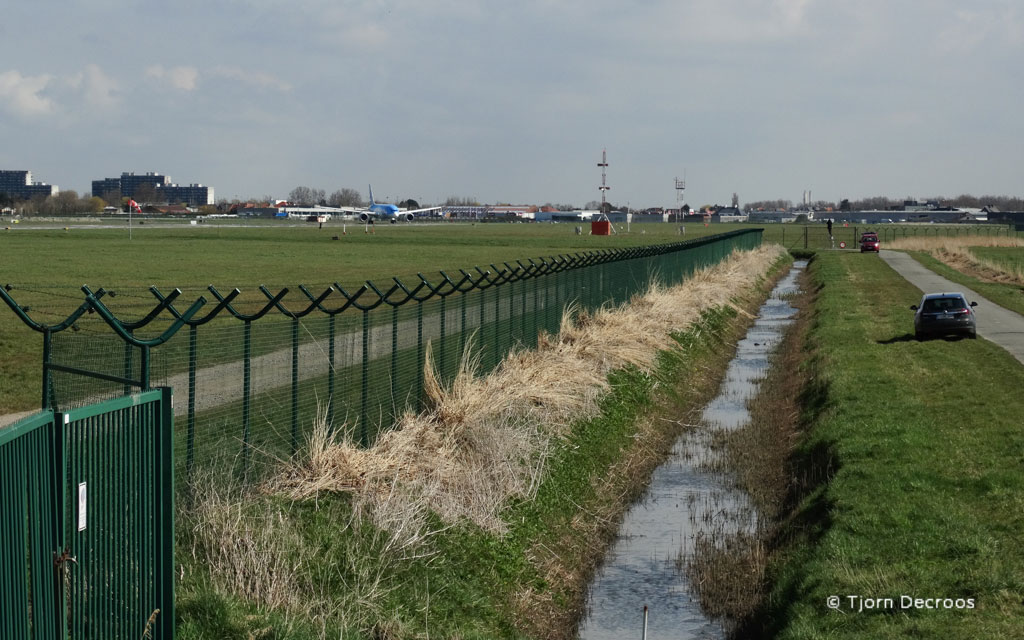 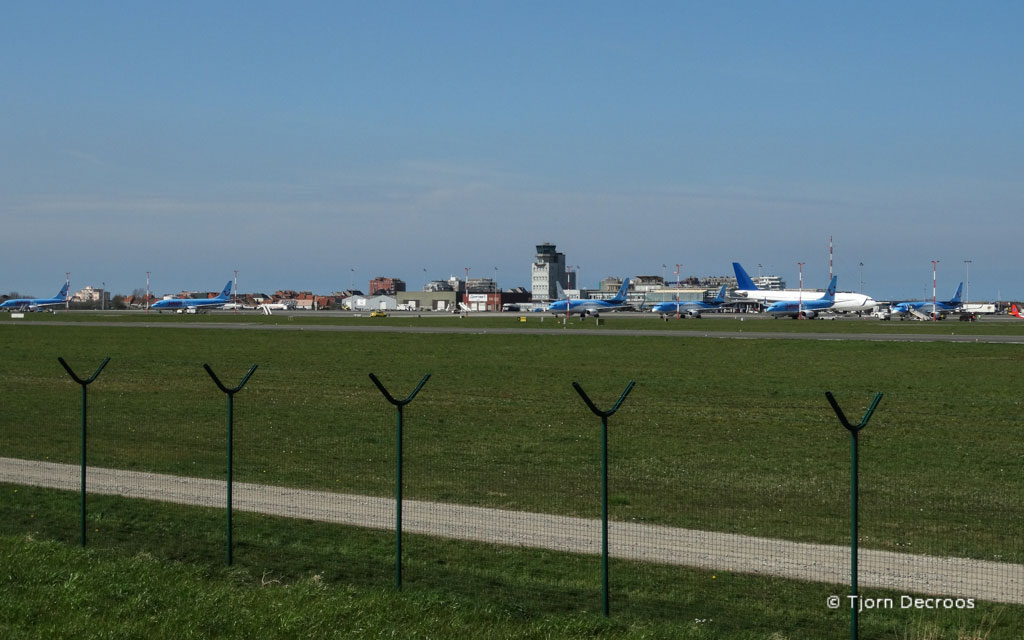 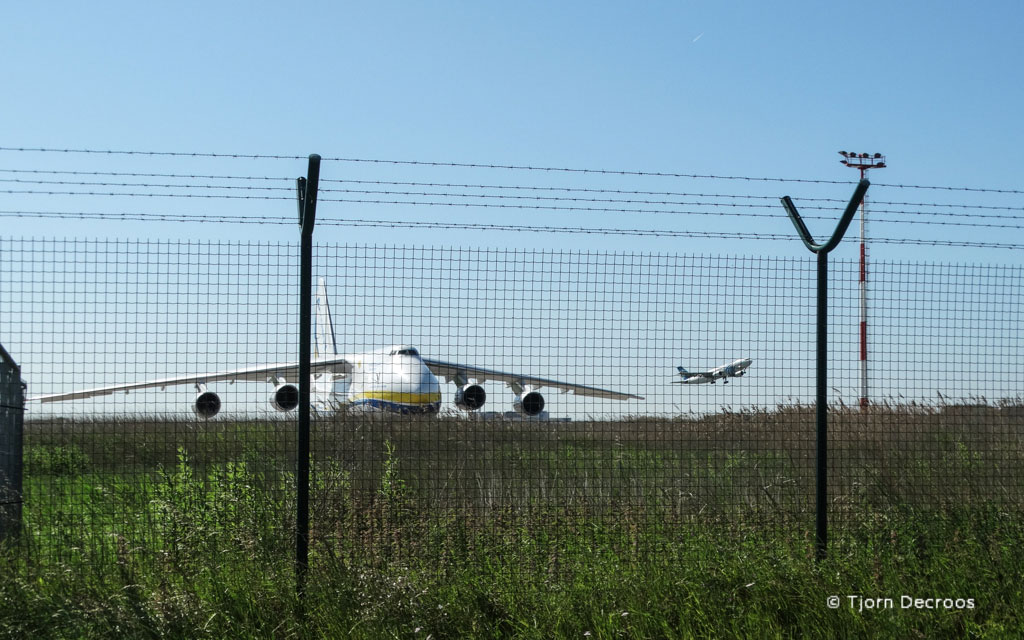 What height of ladder do you recommend for spot #1? Thanks

Maybe it is okay to park the car at the campingshop

A bit further I saw a small line to park 15mins, sorry for my first comment!

We did not checked it but it looks good. Just try it and give us an info 🙂
-Julian

firstly, there are often a lot of trucks parked there, and i dont think its allowed to park your car there. Secondly you would have to walk quite a distance around the fence and on the field of the farmer.. dont think he would like that. Its better to walk near the small canal, no crops there. We must keep the land owner happy and airport security not angry.. 😉

Also want to add that spot 6 has become even more unsafe to reach and is not really recommended..