Kiev Boryspil International (KBP/UKBB) is the biggest airport in Ukraine. Nearly 12 mio passengers use the airport 30km east of the capital Kiev. It is the second civil airport of the city besides Zhuliany with schedule passenger traffic. KBP is the main base for the national carrier Ukraine International Airlines using B737, E190, B763 and B772 and SkyUp using B737. Other local airlines are Azur Air Ukraine, Windrose Airlines, Yanair and Bravo Airways (using MD80 planes!). Ryanair opened a base in winter 2018 and is expending very rapid. The military has a large number of AN26, An30, AN32 and helicopters based at KBP. Further the government fleet of AN148 and A319 are based here. They often fly in the afternoon training missions so you might get lucky and catch them.

Timetable can be found on the official airport website. 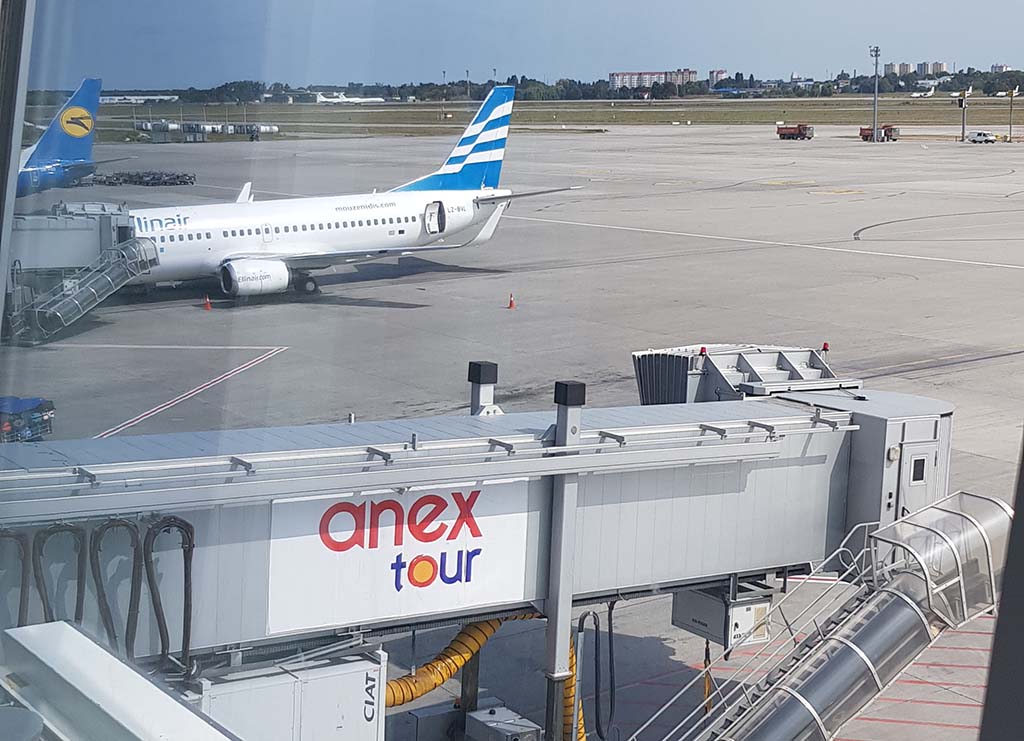